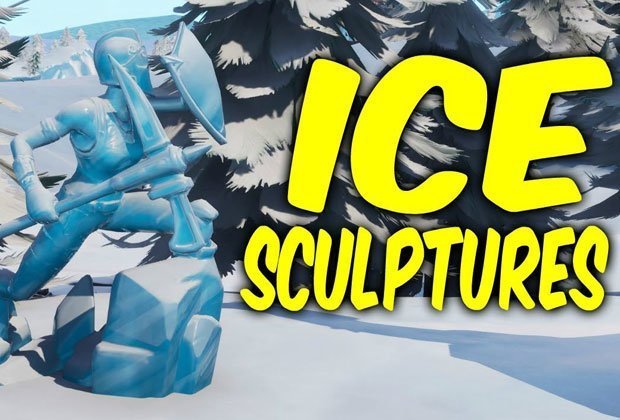 Fortnite fans might be obsessed with the new Avengers Endgame LTM that’s been introduced today, but lets not forget that another set of challenges are about to also drop in the game.

Like most weeks in Season 8, we can expect these the challenges to go live at 3.30 BST, and players will be able to start filling out their Battle Passes from then on.

For the purpose of this story, we’re focussing on one new challenge coming to the game today: Dance Between Three Ice Sculptures

If this is your first time jumping into Fortnite, Epic Games is in the habit of releasing seven new challenges each week.

Three of the weekly challenges are always available for you to take on for free, whilst the remaining four challenges are exclusive to those who have purchased the Battle Pass.

The Week 9 challenges leaked earlier today with the launch of the new 8.50 update and aside from the Dance challenge we’re focussing on here, includes everything from Reviving a teammate at a Reboot Van to landing at a variety of locations around the map.

With that in mind, here’s our guide to help you find and subsequently Dance Between Three Ice Sculptures.

How To Dance Between Three Ice Sculptures?

Follow the link above to discover what to do next and how to find the three Dinosaurs to dance between.

Don’t know How to emote? No Problem…

If you’re playing on PS4 and Xbox One;