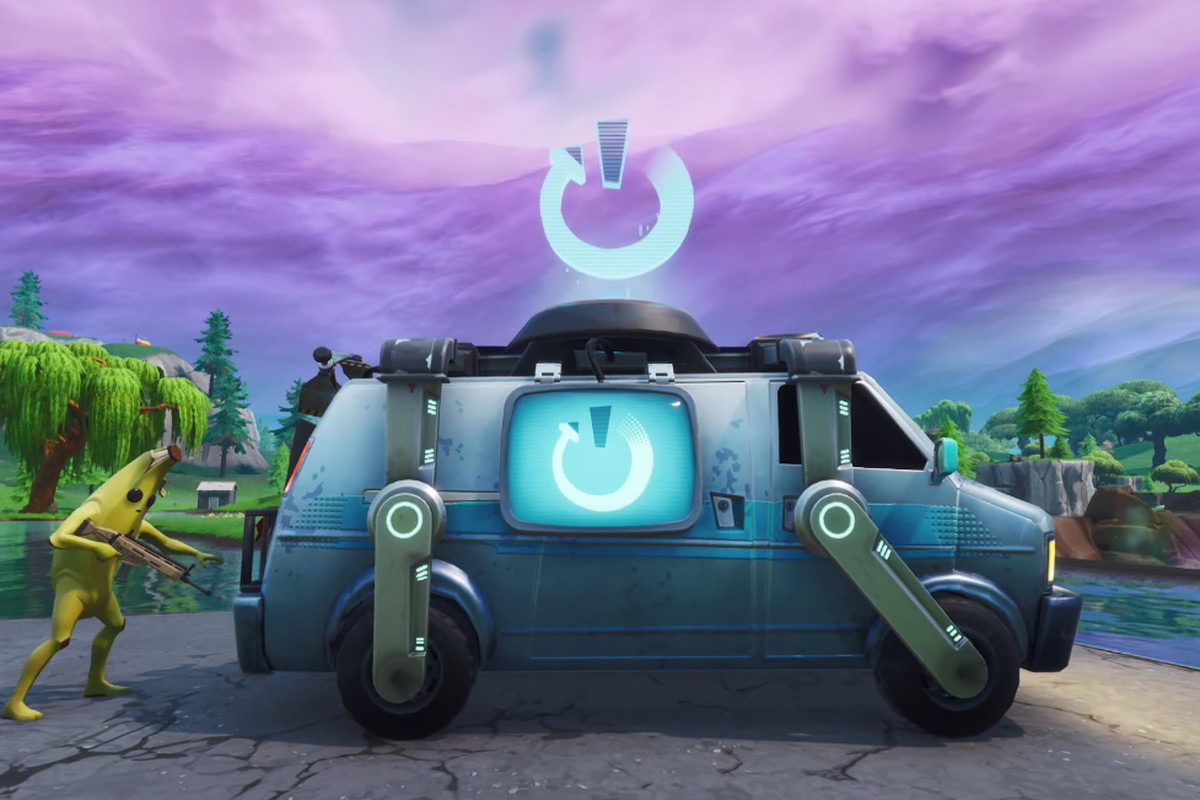 These have been hinted at for some time but they were confirmed last week by the developers in a new Dev Update video.

Community Manager Nathan Mooney explained how they worked in all their detail as well:

Lose a squadmate early in the match? Bring ’em back and finish strong. In the next update we’ll introduce the Reboot Van to major POIs, as well as a new item to be picked up called Reboot Cards.

It’s pretty straightforward: After a squadmate has been elimininated, grab their dropped Reboot Card and any surviving squadmates can activate it at a van.

Once activated, you’ll definitely know, as a beacon and audio cue will be set off informing nearby players to the Reboot in progress and how many players will be arriving.

Your squad will appear one-by-one on top of the van ready to jump back into the match. Keep in mind: after your squad Reboots, the Van will be unavailable to reactivate for a duration of time.

Remember to toss some items to your Rebooted teammates to get them back into the battle.

There you have it. Thanks, Apex Legends for the idea…