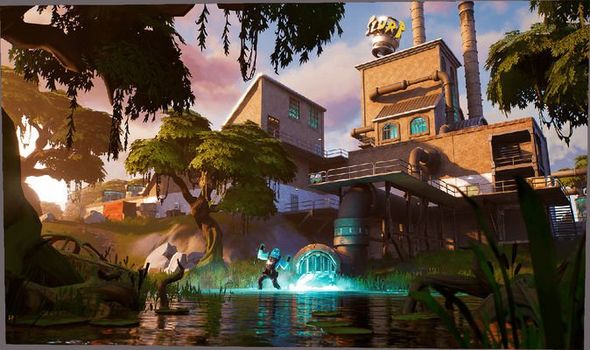 A big Fortnite update is being released today and Epic Games has confirmed that they will be shutting down game servers as well. There’s been plenty of weekly patches during Season 2 and this one will be a little different from some of the most recent ones. Epic Games is preparing for a big live event that will be launching later this week on PS4, Xbox One, Nintendo Switch, Mobile and PC, and that means today’s 12.41 update will include plenty of juicy details.

The downside is that means the game will be unable for several hours as the development team performs maintenance.

But the good news is that Epic Games has confirmed what time Fortnite downtime will be starting today, and given a rough outline for how long it might last.

Epic Games has stopped sharing detailed patch notes but details have already been confirmed this week regarding the Travis Scott Live Event.

WHEN ARE FORTNITE SERVERS GOING DOWN?

According to Epic Games, Fortnite servers are scheduled to go offline on April 21, on all major platforms.

This means that Battle Royale and Save the Worlds modes will be unplayable for the duration of the maintenance period.

Epic estimates downtime could last three hours, leaving the game unplayable for a chunk of the morning.

However, it’s more likely that everything will be completed much sooner, based on how recent weeks have proven.

Recent updates have only taken around an hour or two to deploy but it will all depend on how much preparation is needed for the live event being planned for this week.

Epic Games has revealed that Fortnite server downtime and maintenance will begin at 7am, GMT.

That means Fortnite will be unplayable in the United States from 2am ET onward.

Fans are also hoping to find out more about what is coming next, including what new Challenges will be added to the game.

As we have already learnt, a live in-game concert is being held on April 23 which will bring Travis Scott to the game.

These timed events will include rewards for watching the show, as well as new Challenges to complete and loot to earn.

And while this won’t be kicking off until Thursday, Epic Games has revealed that the new Astronomical Challenges will be going live today.

A message from Epic Games adds: “From April 23-25, blast off into a one of a kind musical journey featuring Travis Scott and the world premiere of a brand new track.

“Astronomical is an other-worldly experience inspired by Cactus Jack’s creations, built from the ground up in Fortnite.

“To make sure everyone has a chance to experience Astronomical, we’re setting up multiple tour dates with showtimes for players around the globe.

“Jump in to whichever time fits your schedule best, or catch an encore with your friends if they missed it.

“And remember: doors open 30 minutes before the show. Get in early to secure your spot.”

More news regarding the upcoming event could be revealed following today’s Fortnite update.