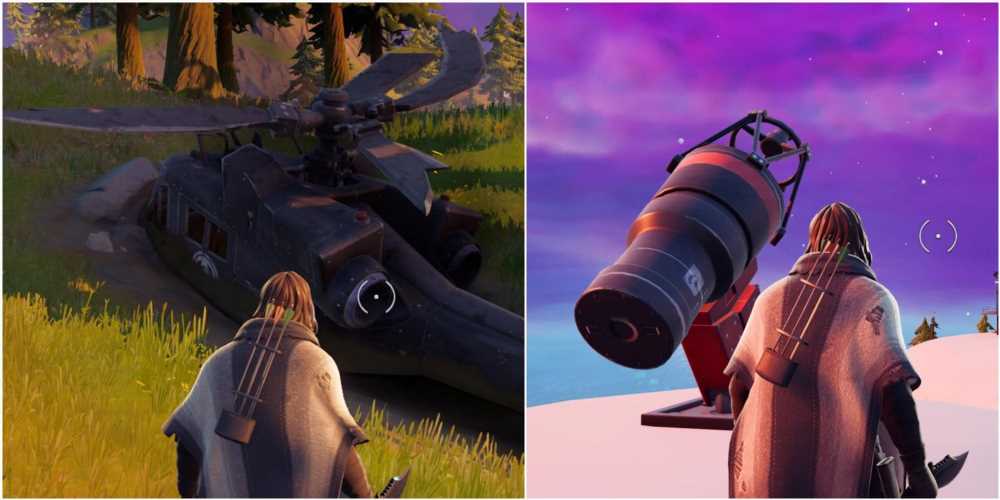 The new set of Fortnite challenges is named Foreshadowing and, just as the name indicates, fans think that it’s related to the next season.

A helicopter has crashed on the Battle Royale island and the island’s telescopes have been badly damaged. It is your job to investigate what’s going on and repair them as soon as you can.

We’ll walk you through the entire process of completing both of these quests so you can get them done with no trouble at all.

Before getting down to business, you need to find the actual black helicopter that has crashed on the island. Thankfully, it’s not hard to spot since it’s actually a pretty big helicopter and stands out in the environment.

Where To Find The Downed Black Helicopter 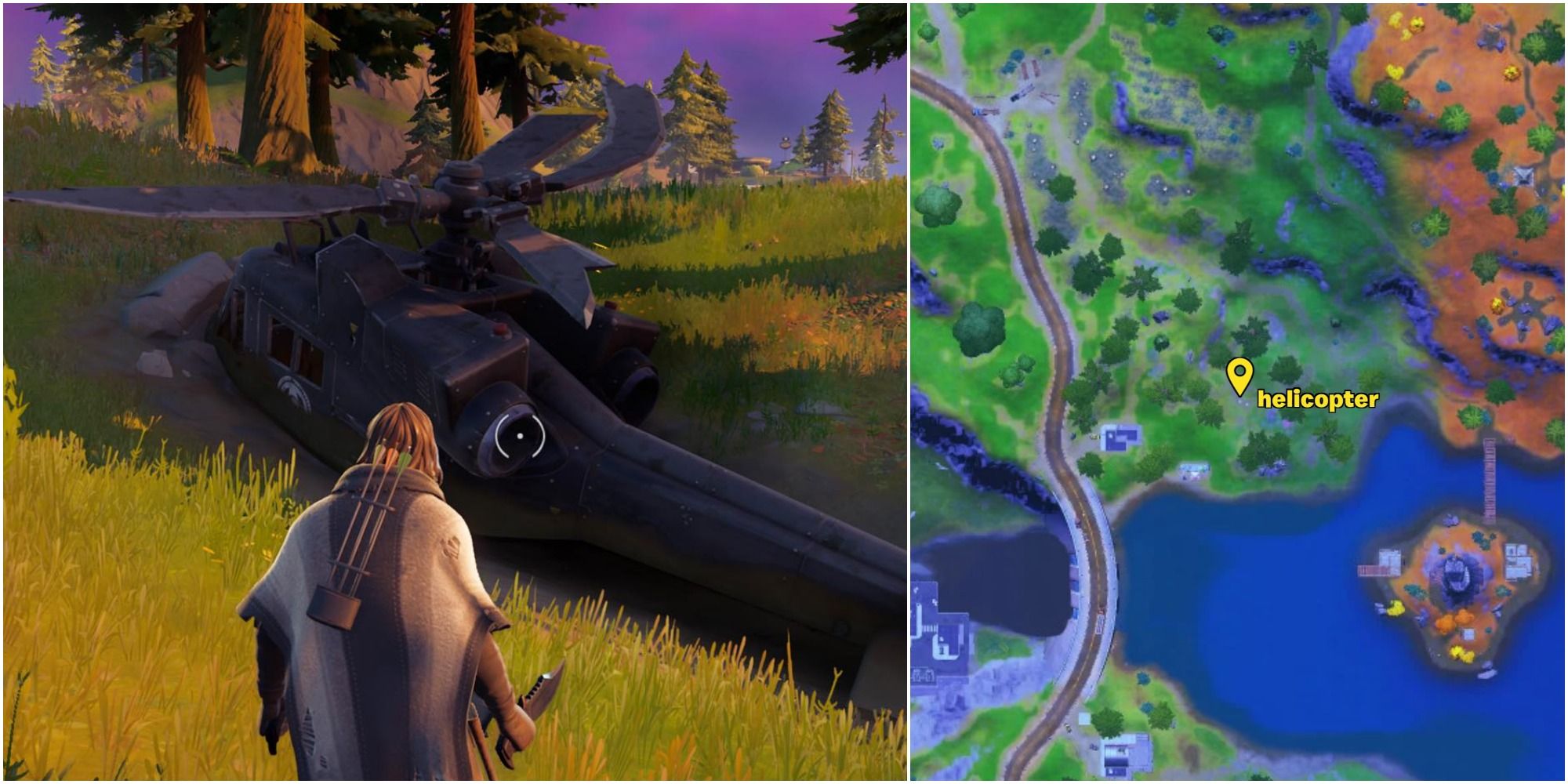 The downed black helicopter is located near the southern Guardian Tower. It is located northwest of Misty Meadows and southeast of Weeping Woods. It is just a bit off the main road that leads to Slurpy Swamp and Weeping Woods.

How To Investigate The Black Downed Helicopter

Once you’ve found the helicopter, it’s time to investigate it. Try to do this as quickly as you can because it’s not common for other players to camp around the area to farm eliminations. Since you’re going to be a vulnerable target while doing this, you can also build around the helicopter to protect yourself.

To investigate the black downed helicopter follow these steps: 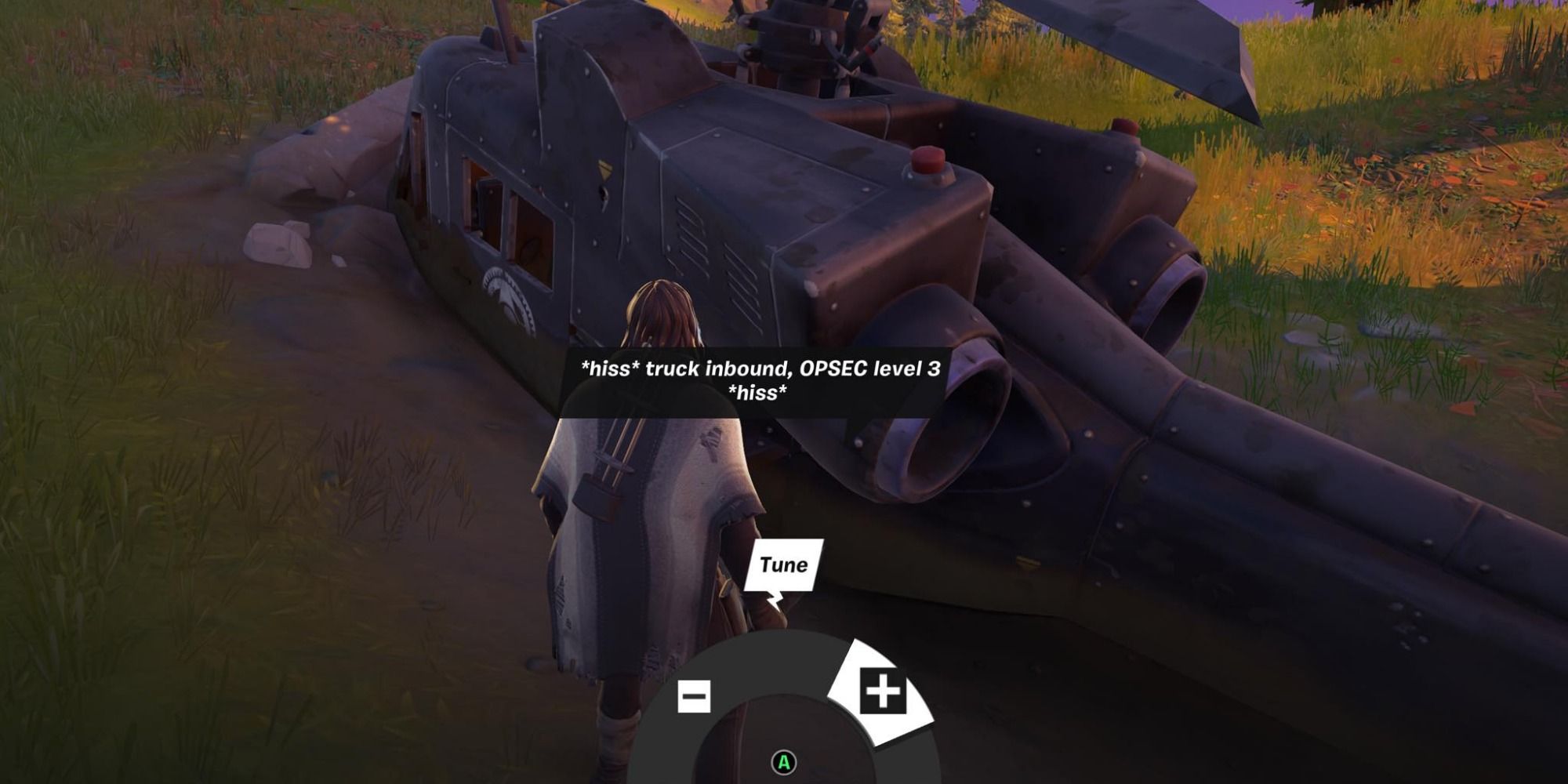 Once you get that message on your screen you can select the minus (-) option and move on to the next phase of the quest.

How To Repair Damaged Telescopes 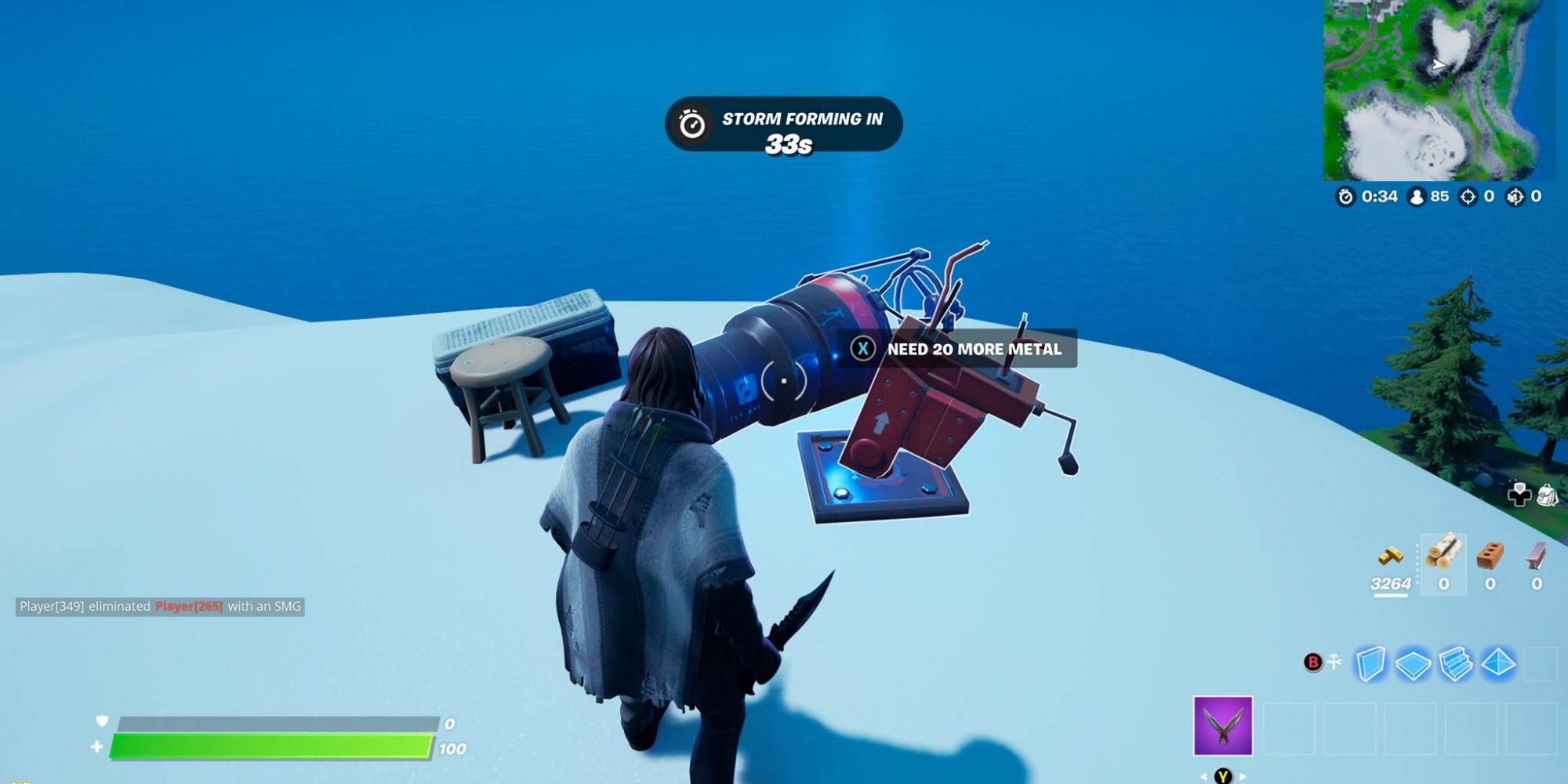 There are a total of seven damaged telescopes scattered around the map, but you’ll only have to repair five of them to complete this task.

All of these telescopes need a specific resource. So, in order to repair them, you need to collect 20 metal beforehand.

The Locations Of All The Damaged Telescopes 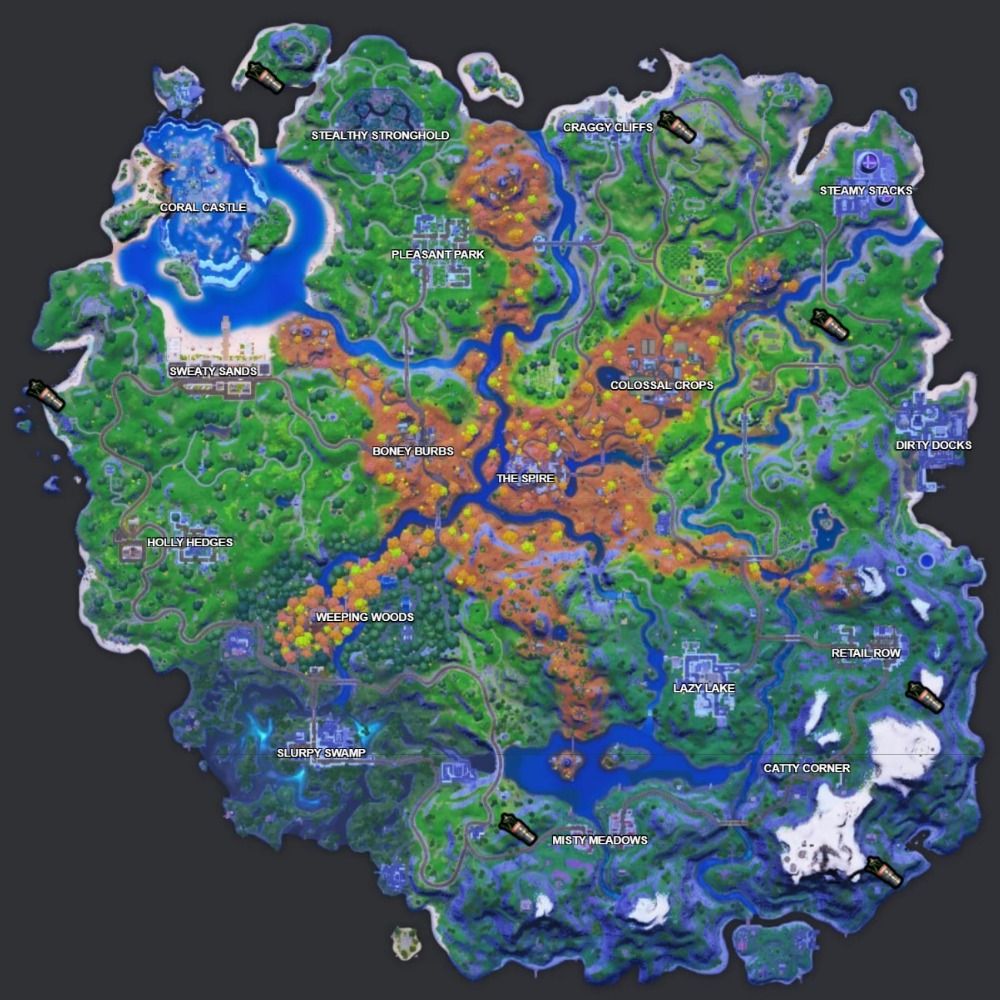 We’ve marked the locations with a telescope symbol on the map above so now, you can plan an optimized route before entering a match and follow it according to the battle bus’s trajectory. They are somewhat evenly scattered but mostly on the outer parts of the map.

After gathering enough metal, head to the location of one of the telescopes. Then, simply approach it and press and hold the “interact 20 metal” button that will appear on your screen. After doing this simply find the next one and continue doing so until you’ve repaired five different telescopes.

It is still too early on to know what this all could mean but it’s gotten Fortnite theorists thinking and writing down their ideas about what the future may hold for the game.