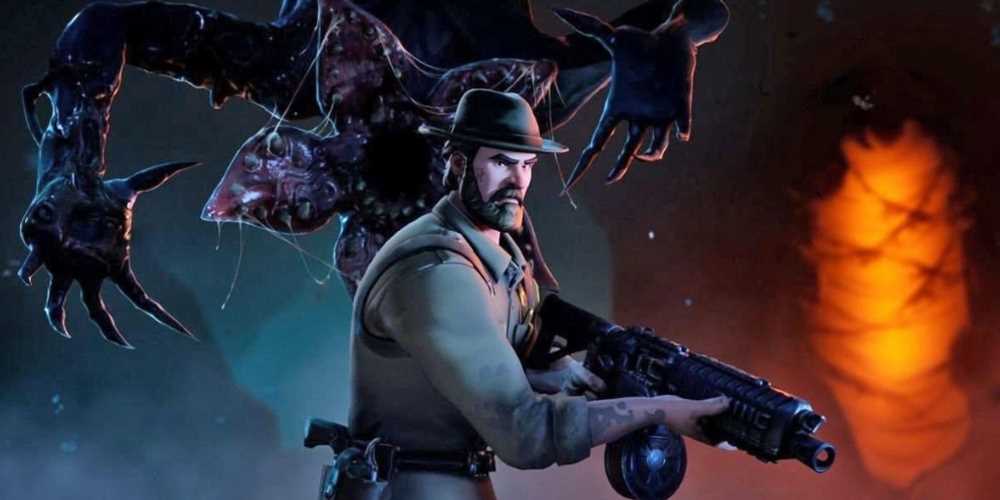 Fortnite has crossed over with just about every other game, show, and movie at this point. While that already includes Stranger Things, the 2019 collab was a little lackluster. That's why pointers that the hit Netflix show might be returning to The Loop for a second time have got players that watch the show pretty hyped, even if there is nothing concrete to go on just yet.

The solitary clue that Fortnite and Stranger Things will be teaming up again was spotted by FNBRintel after last week's v21.10 update went live. On the surface, the update introduce Fortnite's second Naruto collab and added an NPC Darth Vader who will hunt you down to the game. There's always more to find in an update's code though, and that's where the Stranger Things breadcrumbs were discovered.

“There's currently an encrypted set called 'WaffleWarrior' and in the series the character 'Eleven' only eats waffles,” FNBRintel tweeted. They do add that might be a stretch, but they're spot on when they say waffles are El's favorite food, a character trait that has followed her since season one. There is already a Fortnite character called Mancake who has a head made of pancakes though, so WaffleWarrior could be a reference to him or a new, very similar character.

As touched upon above, there is previous between Fortnite and Stranger Things, but it's been a while. The last crossover was in 2019, and it didn't really live up to the hype. The only skins added to the game were an odd-looking Hopper and a Demogorgon. In defense of Netflix and Epic, the Stranger Things kids were still, well, kids at the time. Now they're a little more grown-up, perhaps the hope is players won't feel as weird about hunting them down on an island alongside Deadpool and Master Chief.

This should all be taken with a grain of salt for now, of course, but the timing certainly makes sense. The second part of Stranger Things season four drops this Friday, so perhaps the crossover will be officially announced sometime this week to mark the occasion. Or, we're getting a character with a head made of waffles to go along with Mancake, completing the Fortnite Breakfast Set.