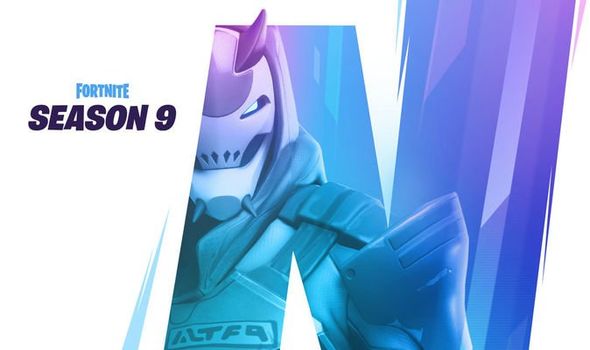 A new Fortnite teaser for Season 9 was released today and gives us our first look at what the new Battle Pass may be like.

The Battle Pass is one of the biggest parts of any Fortnite Seasonal shift, following a basic theme and offering fans the chance to unlock special skins.

This week has seen the first Fortnite Season 9 teasers shared by Epic Games, which can prove to be very important clues.

Many of those shared in the past have turned out to be a Battle Pass skin available to unlock.

And from what was shared today, it appears Fortnite Season 9 is going to have an interesting new theme for its Battle Pass.

Leaving pirates behind, the first Season 9 teaser features what looks to be a sci-fi Ninja design.

This teaser is much harder to work out than the first ones shared for Season 8, which included hooks and volcanos.

This design could be anything from an alien invader, to a future assassin, who has come back in time.

That’s not to mention the horn that can be seen on the top and the face plate that could also include alien features.

There’s a good chance that this first teaser image is a piece of a much larger image that will answer more of our questions in the coming days.

More teasers will be dropping over the coming week, ending before the launch of Fortnite Season 9.

That is happening on Thursday, May 9, and will mean downtime and big updates for all platforms.

But if we had to guess what the Fortnite Battle Pass theme will be for Season 9, future tech sounds like a good bet at this point.

The figure in the image also looks destined to be a Tier 100 skin, although we won’t know for sure until later this week.

The new picture was shared online by Epic Games with the caption: “The Future is Unknown. 5.9.2019.”

Fans also believe that the outline of the image is the first letter of a word that will reveal more about the new season.

Right now, fans believe it will spell out NOW, which could spell out “The Future is Now.”

One user writes: “My theory is that is why tilted is destroyed. it’s gonna be built back up looking incredibly modern or futuristic.”

Another adds: “Hmm… there was a leak a while back that predicted shadow stones before season 6 came out, it also said tilted would be replaced by a futuristic alien-like city…. and titled did just get destroyed.”

Judging by past teaser release schedules, the next Fortnite season 9 teaser should arrive on Tuesday before a final one on Wednesday.

And if Epic sticks to releasing teasers at the same time, as they’ve done before, then Fortnite teaser 2 should drop at 3pm UK time on Tuesday, May 7.