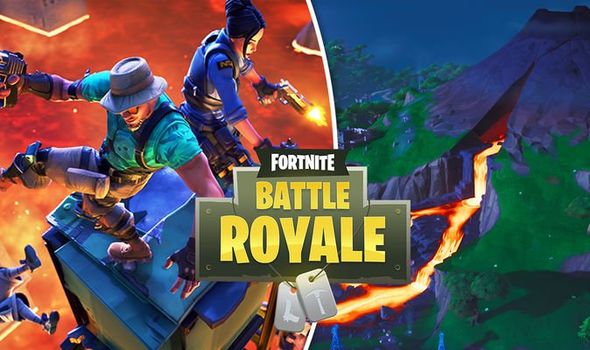 Fortnite developer Epic Games is about to make update 8.20 available in Battle Royale.

Fortnite update 8.20 has been given a March 27 release date on PS4, Xbox One, PC, Nintendo Switch, iOS and Android.

Unfortunately, however, the update will be accompanied by a period of server maintenance.

The game will be taken offline at 9am GMT for UK players, or 5am EDT if you live in the US.

Expect server maintenance to last for at least an hour before coming back online.

The news was announced by Epic Games on Twitter, alongside a hint at what will be included in the 8.20 update.

According to the early patch notes and in-game news feeds, fans can expect an exciting new limited time mode (LTM) to make an appearance.

In the new Floor is Lava LTM, players must avoid the lava spilling onto the ground by building structures.

“Get to high ground or build above the lava that’s overtaking the island!” reads an in-game news post.

The Floor is Lava LTM will be joined by a brand new Poison Trap that does gradual damage to players.

“Watch your step lest you trigger a trap!” reads the description for the Poison Trap item.

According to the early patch notes on the Fortnite Trello page, the next update will also make some important fixes.

Epic games has fixed a problem in which players would edit an incorrect structure when backed up against a friendly built structure.

Clingers damaging other players through structures will be fixed, as well as a problem with the party fill option.

Epic has also fixed a problem with players being eliminated by fall damage when leaving a moving Baller vehicle.

Players have complained about receiving damage, even when the Baller isn’t moving very fast.