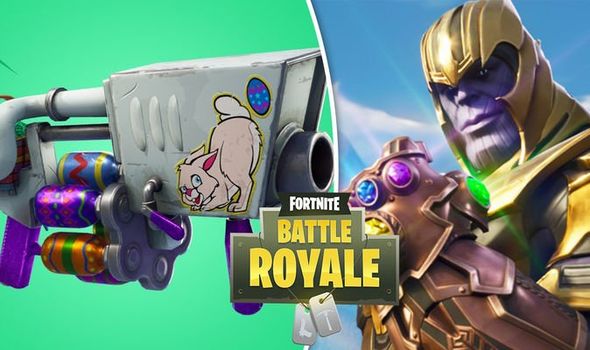 Fortnite fans are counting down to the release of update 8.40.

The next Fortnite update is expected to launch on April 17. Downtime is expected for 9am BST, followed by the release of the update and patch notes.

Epic Games confirmed plans to release update 8.40 on Reddit, telling fans that it would launch on Wednesday (April 17) at the earliest.

Check back later when the dates and timings will be officially confirmed by Epic Games.

According to the early patch notes, the new update will break network compatibility and invalidate replays.

This is part of Epic’s mission to identify bugs and areas of improvement with the audio.

Update 8.40 is also expected to re-introduce the Egg Launcher and possibly coincide with fresh changes to Loot Lake.

The Egg Launcher – which fires explosive Easter eggs – is almost certain to join Save the World and could come to Battle Royale.

Diggers have started to surround the Fortnite point of interest, suggesting that changes relating to Season 9 are inbound.

The inevitable week 8 loading screen leak should shed more light on the potential theme for Season 9, while update 8.40 is bound to make some more changes to the map.

With the new Avengers film also about to hit cinemas, there’s speculation that the Thanos LTM could return with update 8.40.

Files were found in a recent update to back this theory up, although it’s possible the Thanos LTM will return as part of next week’s update.

According to the Fortnite problems page, Epic also has a number of fixes lined up for 8.40.

Epic has confirmed plans to fix a problem in which “players will edit incorrect structure if backed up against a friendly built structure”.

The studio will also fix an issue in which players are unable to shoot shotguns for a short time after switching from another shotgun.