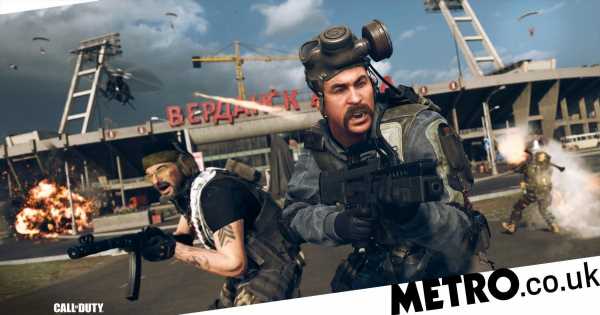 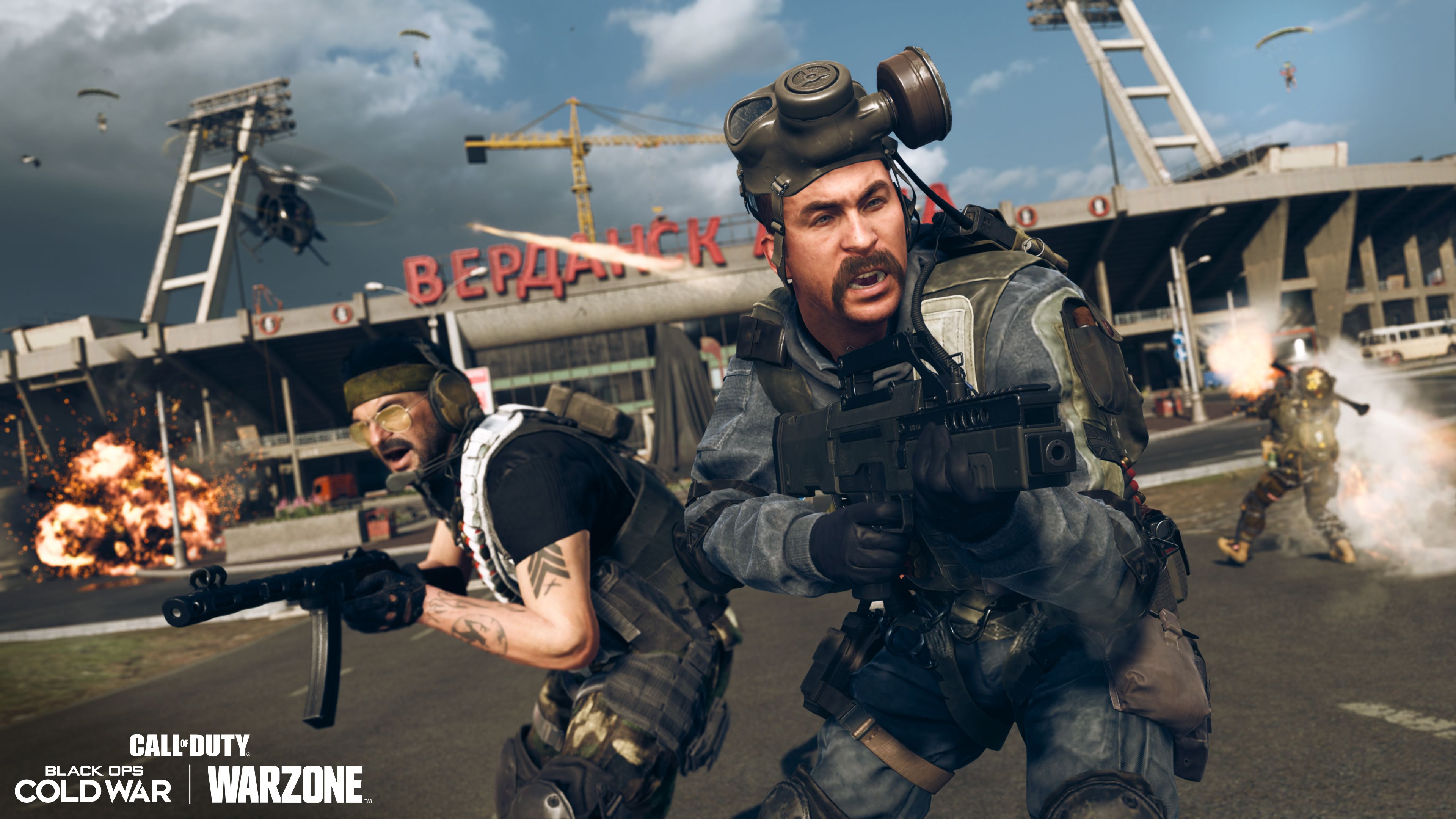 The Tuesday Inbox asks which is the biggest video game developer in the UK, as one reader sort of celebrates Alien Day.

Cheats are prospering
I know this has been in the news a lot lately, for various games, but I really do feel that cheating is getting out of control on console games, especially free-to-play ones like Call Of Duty: Warzone. It’s got to the point now where I feel less inclined to play them, just because there’s a good chance a significant minority, or maybe even majority, of players are going to be cheating.

I don’t know if it’s a coincidence, but this all seemed to start when cross-play became a thing, which I was always wary of, especially when it came to PC gamers. If or how that influenced things I’m not sure, but it seems to be getting worst almost by the month.

I imagine the genie is out of the bottle now though, so I’m not sure if anything can even be done. The developers seem just as frustrated with it as we players do, so is this just going to be a fact of life now? And will anyone in the Inbox own up to using cheats in multiplayer games? Statistically, there must be a few of you out there.
Clarion

Familiar mistake
Amazing that NieR Replicant actually got to number one in the UK. I know that doesn’t mean much any more, given digital sales, and it was on quiet week but well done to all involved. It also shows, I might add that benefit of releasing niche games when there’s no other competition around. Apart from the sales themselves, NieR Replicant getting to number one is great publicity and is sure to help it sell even more, and yet this week Returnal, New Pokémon Snap, and R-Type Final 2 are all out on the same day, with Resident Evil Village the week after.

On the face of it they’re all very different games except, with the possible exception of Pokémon, they’re all kind of hardcore and would certainly appeal to a similar type of gamer. Which means, unless you’re rich and have tons of time, some are going to get ignored whether people are interested in them or not. But why? We’ve not had anything new out for four months and then we get the four most interesting games so far in the same two week period. Madness.

The works thing is this always happens and publishers never learn, not even these extreme situations we have right now. I look forward to picking up whatever doesn’t sell for cheap in a couple of months time.
Kent

Alien anniversary
I only remember it because you mention Alien Isolation in your Wraith: The Oblivion – Afterlife review, but it was Alien Day on Monday (named after LV-426). I did my duty and took a swig for one of my favourite film series… well, really only the first two but you know what I mean.

Those two have had a huge effect on games though, with everything from Metroid to Doom to Halo being impossible to imagine without the influence of Ridley Scott and James Cameron. The official games have been mostly bad as you’d expect though, and I’m not sure the new one revealed a few months back looks all that encouraging.

It’s obviously low budget and I don’t see anyone ever again putting the amount of money and effort into making the games look as authentic as Alien Isolation. It’s a crying shame it didn’t sell more, even though it’s kind of obvious why it didn’t. Like many a movie it looks perfect, but the script just isn’t there, which in theory should be the cheapest thing to sort out but never is.
Twisty

Made in the UK
If Playground Games are big enough to do two major games at once that must make them the biggest developer in the UK, right? Now that Codemasters has been bought by EA none of them are independent anymore though. I don’t know who would even count as independent in the UK that aren’t a really small non-AAA developer?

It doesn’t really matter though because if they aren’t famous then that just proves my point: the UK really isn’t that big on the world scale when it comes to gaming. Sure, there are some big studios but they’re all owned by other companies who have them making games aimed at Americans.

Even Rare, who did still have something of their old fight, have been wasted making that pirate game. It’s market forces I guess, so no one’s really to blame, but it sure does seem a downgrade from during the 8-bit and 16-bit era.
Gonch

GC: Rockstar North are almost certainly bigger, and probably Rare too, but Playground are certainly up there.

Xbox Atmos
Regarding David’s letter and Dolby Atmos sound, a one-off license fee of £13.89 needs to be paid to enable Dolby Atmos on the Xbox One S and Series X/S.

However, Dolby Atmos is intended for ceiling mounted speakers/installed speakers (and upwards firing speakers). You are not going to receive true Dolby Atmos with a sound bar and a pair of surround speakers or with headphones. You will, however, receive a slightly wider sound field. A 30-day Dolby Atmos trial is available to see If you think it’s actually worth it.

Most crucially though Dolby Atmos can only be passed via a HDMI lead. It will not work over optical or coaxial. Hope this helps.
SatansTherapist (Twitter)

Daily reward
In answer to Alek Kazam’s question about Microsoft Rewards. No, you do not need Game Pass before you can start earning and claiming rewards. All you need is a valid gamertag/Microsoft account. To earn on Xbox, sign in using your gamertag (which doesn’t need to be Xbox Live Gold either), download the Microsoft Rewards app, and start completing the tasks it sets you.

You get points for earning achievements in-game, searching on Bing as well as doing simple things like opening certain apps. The goal behind this scheme is to increase customer engagement, so the more you do, the more points you earn. You can also generally earn by using Bing on your phone, as well as completing the daily challenges on the Rewards dashboard, which normally includes clicking a few links.

For more information, search (or Bing!) Microsoft Rewards FAQ. I don’t get to play every day but have still earned over 30,000 points since November, my plan being that I will stack points until I’ve got at least £100 to put towards some hardware from the Microsoft store.

Undefeated champion
As someone that has seen the Mortal Kombat movie I have to say that, sadly, the negative reviews are right. The trailer is easily the best part of it and rather than be really good or bad it’s just kind of meh. Not even the fighting is that great with lots of fast cuts and unexciting framing. There’s lots of a fan service but that’s all it has going for it.

The actors are mostly bad, except for Kano for some reason, the new character is a total waste, and despite what the trailer pretends it’s not really cheesy at all. It’s dumb but not in the fun, knowing way that the original was. Which means that the original is still the best video game movie of all time. Which I think says a lot more about the others than anything else.
Casuse

Selection process
I finally beat Chamber 5 on Enter The Gungeon yesterday. Very fittingly I found out what the suspect pig was all about on the final boss, it felt pretty epic! I haven’t finished yet, but it’s been a brilliant game so far. I thought it’d last a few days but I’m almost at two weeks now. Not bad for a free giveaway from Sony.

I think they were both released around the same time originally but for some reason (I believe) Nuclear Throne fared worse out of the two. It makes me wonder why some games succeed and others fail despite being of at least equal quality. How many superb games have I never even heard of because they haven’t managed to catch the gaming public’s attention?

How does GameCentral choose which games to review? (Thanks for reviewing both the above titles by the way.) Looking at the sheer volume of titles on the Switch eShop, it must be hard to decide. There are bound to be some classic games slipping through the cracks amongst all that shovelware.
Ryan O’D
PS: It’s a shame Vlambeer no longer exists. Did the developers move on to set up other companies?

GC: Vlambeer was only really two people and they both just moved on, but they’re both still in the industry. As for picking indie games for review, it is very difficult. We try to make an educated guess on what will be interesting based on prior buzz, trailers, and the developer involved. We also listen to reader requests, if the game is not too old, so if anyone spots anything interesting looking in advance do always let us know.

Inbox also-rans
Just realised that Mario’s moustache and eyebrows are a different colour to his hair. Does this mean he uses Just for Men on his hair?
Alek Kazam

I played the Resident Evil Village demo at the weekend and was impressed. I’ll still wait for reviews but I am 99% certain I’ll be getting it. Surely that’s the point of all demos? Wish more companies did them.
Dolmio

This week’s Hot Topic
The subject for this weekend’s Inbox was suggested by reader Watson, who asks you to imagine a brand new fighting game featuring your favourite characters.

If you could create a fighting game featuring existing characters from another game, film, TV show, or comic what would it be and how would it work? Do you think there’s any genuine chance of it happening and do you honestly feel it’d make for a good game?

You can include crossover ideas like Marvel Vs. Capcom, as well as an equivalent of Super Smash Bros., but try to make your suggestion relatively grounded, with a manageable roster of characters and plausible moves and features.