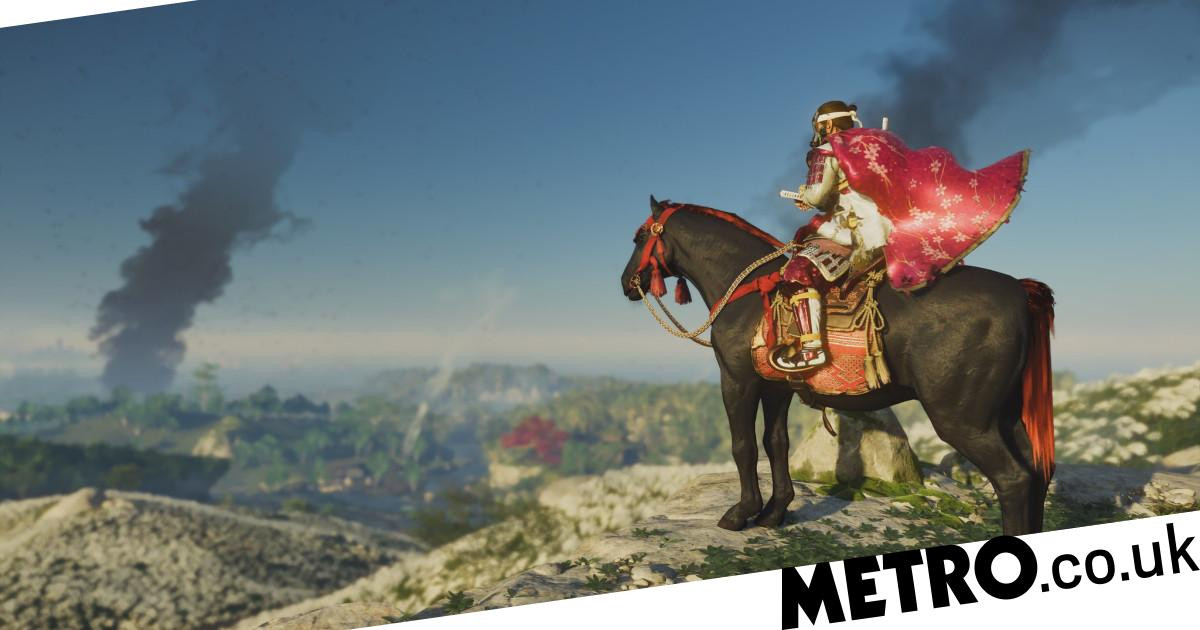 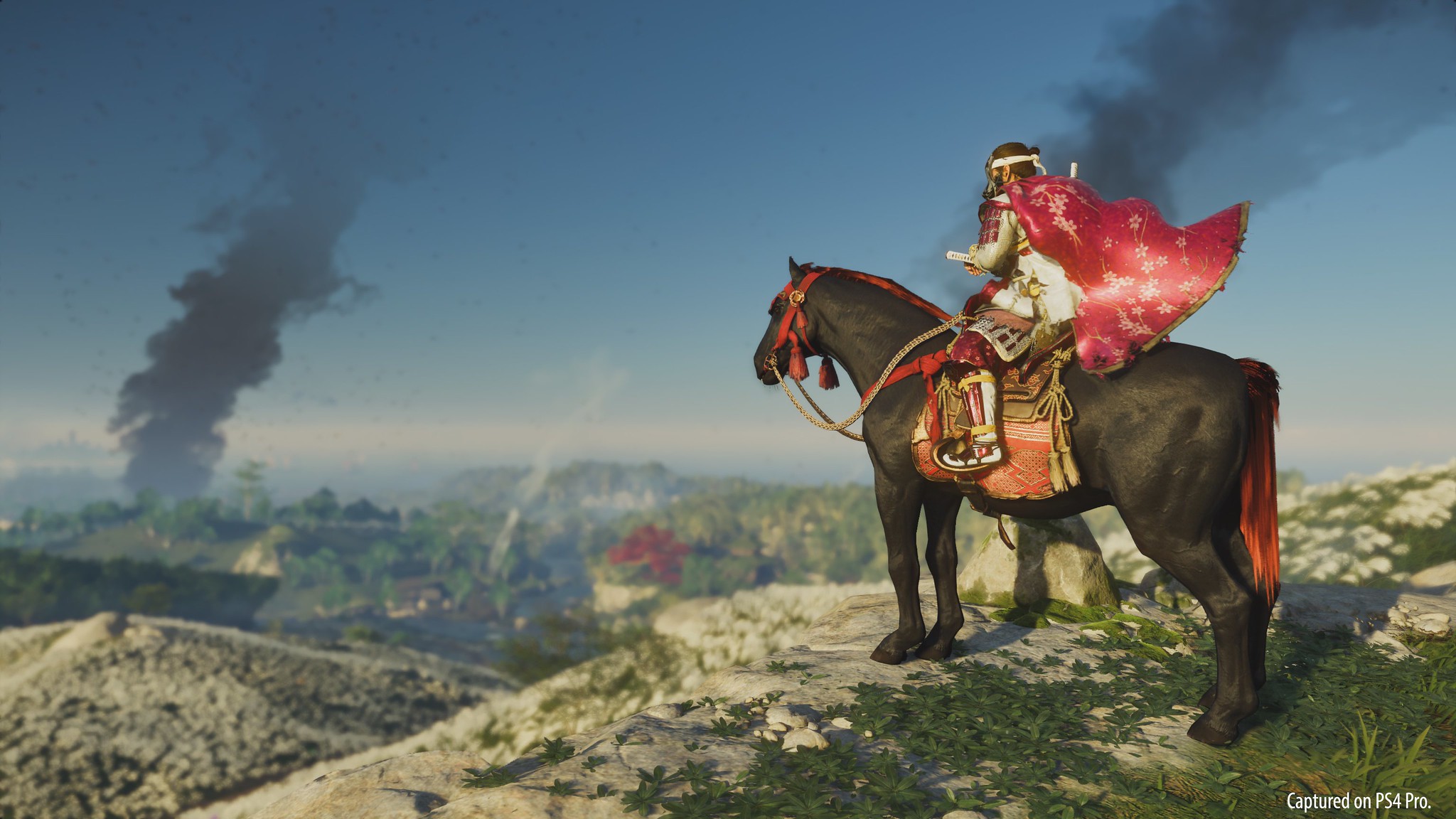 The Friday Inbox has its own predictions for Gamescom 2021 next week, as one reader fails to recommend Cyberpunk 2077.

A game of two halves
I’d just like to echo GC’s praise of Legends mode in Ghost Of Tsushima. I liked the single-player more than they did but I agree that Legends is at least as good. I’m a big fan of co-op anyway but co-operation feels more important when it’s all close-up melee fighting and I’ve had some cracking games with friends, as it gets pretty hard fairly quickly.

The loot is surprisingly good too and I’ll be honest I’ve enjoyed the whole thing a lot more than big name multiplayer games like Destiny and Apex Legends. Assuming it isn’t full price I would totally recommend the game as a standalone, but I’d also recommend the whole package as I really do think Ghost Of Tsushima is a classic.

It may not be original, and I agree there’s not that much variety in mission types, but I loved every minute of it and consider it one of the very best games of the last generation, including in terms of graphics. It’s great to know the game has been such a hit and I’m really looking forward to hearing about the sequel.
Doshin

Final reveal
I find the idea of the GTA remasters coming out next year much more believable than basically the same exact time as the GTA 5 next gen editions. Like one reader said, who’s got the time to play that much GTA at once? My preference would be that they come out one at a time across three months or so and then the fourth month they announce GTA 6.

It sounds like Rockstar got this new company to make the remasters, so they haven’t been wasting any of their own time the remasters, but GTA 6 has been so long in coming that at this point I just want them to dedicated every minute they’re in the office to getting it done. It’s been too long and the current rumour that it’s three or four years away is just depressing.

Clearly everyone’s going to buy anything Rockstar does (including me) so what does it matter, but I can’t be the only one getting tired of playing an eight year old game.
MBE

COD dammit
So I guess Call Of Duty: Vanguard was about what I expected. I wish they’d showed the footage GC was describing, which sounded good, but I’m still not convinced the WW2 setting is a good idea and the plot description sounds super dumb. So a British guy, a Kiwi in North Africa, an American in the Pacific, and a Russian are going to team up to stop Hitler II: The Sequel? What?

Even if it’s portrayed differently to that how that sounds how would those four people, especially the Russian, ever be expected to be on the same mission in real life? Just sounds very silly to me.

Basically the graphics are good but everything else sounds the same as always with no hint of any new ideas like Battlefield 2042 has. It’s definitely EA that looks like it’s going to get my money this year, especially if that Champion Hill thing is supposed to be Call Of Duty’s big new idea for multiplayer.
Wesley

Going back
GC, you were right. The Xbox Series X did indeed fail… or at least it is being sent back for exchange (or repair).

Thanks to the Underbox suggestions. I tried everything and a whole lot of other stuff from online, short of shaking some chicken bones over the poor thing I think I tried it all (including some stuff that I really couldn’t see how that was ever going to make a difference!).

Still have the Xbox One so could fire that up and did so to have a game on Destiny and I can say without any doubt, the Xbox Series X is a much smoother and faster machine than the One. I didn’t really see the difference as clearly when I upgraded, but to go back to the old faithful was telling.

Phone witchcraft
I have a problem that I’m not sure you or the readership would be able to help me out with. Well, I say problem, it’s more a frustrated curiosity. During my time with the time-wasters I have on mobile, sometimes a match-three puzzler crossed with a story adventure gets promoted when I click to watch an ad. Yes, I know that there’s a billion of those.

This one is called Switchcraft. Not it’s full title, but it seems to be about a witch and reminds me of a now fairly old French cartoon called W.I.T.C.H. Yes, really. Along with the match-three stuff, there seems to several romances to choose from and a missing friend to find. Regardless of its actual quality, I wanted to try it out.

But I can’t. My phone is an Android Huawei – so forget about that option, they and Google Play don’t appear to be on speaking terms at the moment which leaves my Samsung Galaxy tablet. And it tells me that my device isn’t compatible with the current version! But… why? The tablet is not that old – less than a year, if that.

It suddenly makes this title – which may not be very good – all the more desirable as I can’t have it.
DMR

Too close to home
I don’t know how Cyberpunk 2077 runs on a PlayStation personally but I’ve heard it’s now mostly playable. However, as a PC player from day one I’m not sure I can say it’s particularly worth your while. It’s a decent game but I wouldn’t go much further than that.

A reader wrote in recently about how cyberpunk itself was probably not now going to be a thing (again) and I’ve got to say I’m fine with that. Cyberpunk looks cool, with all the neon and flying cars and such like, but the stories are all pretty depressing things and I got fed up of Cyberpunk 2077 long before the, disappointing, ending.

I think it all works better as a novel or a short movie but 40+ of talking to nothing but terrible people kind of wears you done. Maybe I’ve got soft, as I used to like reading William Gibson and Neal Stephenson in my youth but now I think we could do with more optimistic sci-fi. Reality has got too similar to cyberpunk for it to seem as appealing as it used to.
Cabbagepatcher

Scalper police
GAME are doing a really good job at policing PlayStation 5 pre-orders. They did sell out but now they’re selling them again, so either they have got more stock or people have been trying to order more than they should and have cancelled the orders they placed, which is a good thing.

It means true gamers can get their hands on them rather than greedy people that have no interest in gaming and are only in it for the money.
David

Expect nothing, hope for everything
So I see Gamescom is coming up next week, online-only as you’d expect. Geoff Keighley is doing another pre-show event though, which I don’t remember as having all that much last year but given how quiet E3 was maybe it’ll be different this time?

The best guarantee that we’ll have something worth talking about is that Xbox have a major reveal event on Tuesday, which is presumably going to show off Halo Infinite single-player for the first time since last year, plus more Forza Horizon 5 and maybe Fable or one of the other further out games? Starfield seems fairly likely too or maybe Bethesda’s Redfall.

Ubisoft has said they’re going to be there, so I guess more Far Cry 6? And Konami too, although it seems pointless to speculate about Silent Hill or Castlevania until we’re given some reason to be optimistic. Plus, I would’ve though they’re more likely to be unveiled at the Tokyo Game Show – if that even exists anymore.

The trick is always to expect to be disappointed by these things and then you have more chance of being pleasantly surprised. So I’m… mildly pessimistic about the whole thing.
The Baron

I won’t lying I was hoping for something more than a revamp of Quake that still uses the original files. It’s great it’s in the news again but it sounds like a bit of a minimum effort.
The Colt

This week’s Hot Topic
The subject for this weekend’s Inbox was suggested by reader Paulie, who asks what are your favourite video game enemies?

From big bosses to simple cannon fodder, which bad guys do you enjoy fighting the most and why? Is it because of the gameplay, their back story, or maybe their design? Or is it perhaps because their artificial intelligence offers a good challenge?

Where you do you draw the line between an enemy that’s challenging and one that’s just frustrating and can ones that are easy to defeat still be fun?

Core Keeper: How To Defeat Malugaz The Corrupted