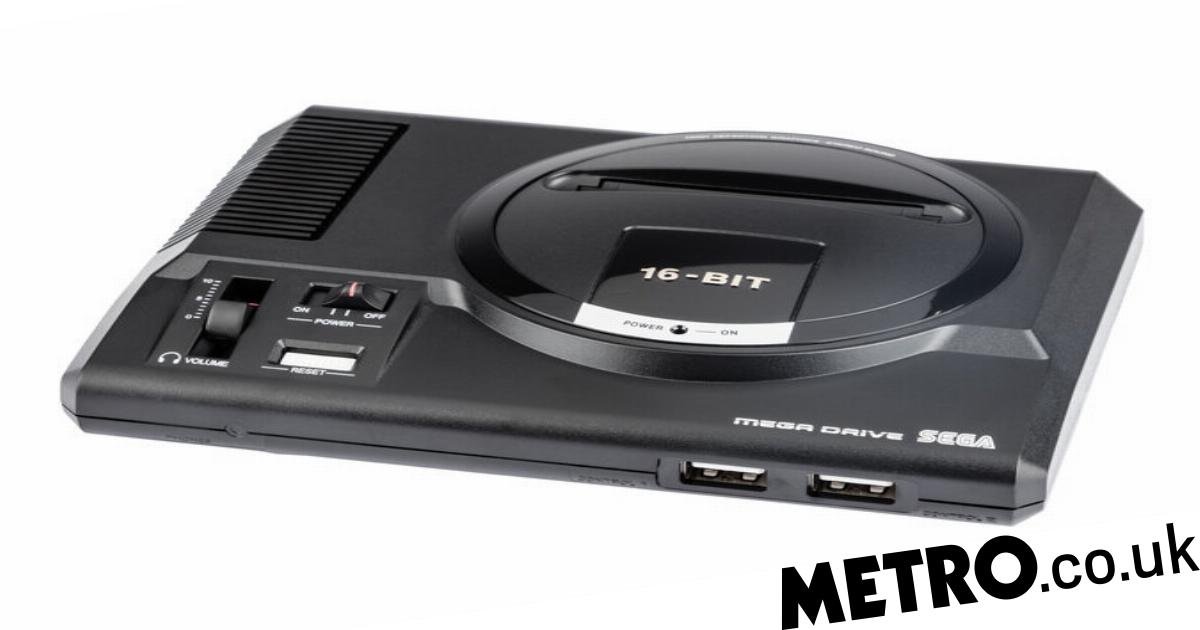 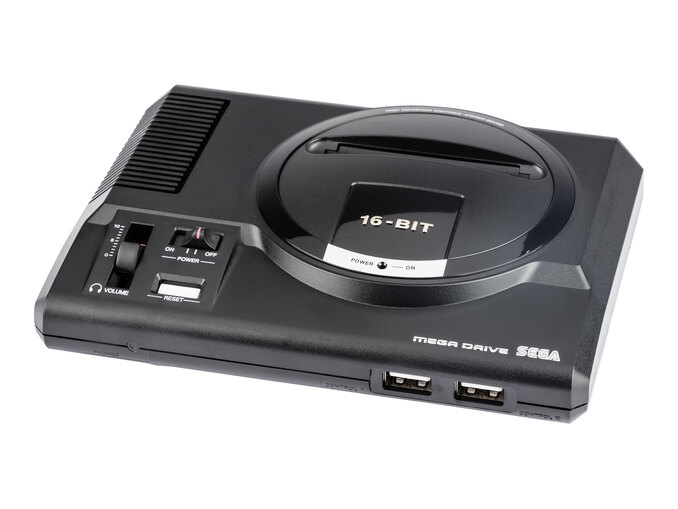 The Tuesday letters page wants suggestions for classic Dreamcast games, as one reader tries to get hold of a PS5 Digital Edition.

Taking sides
One side effect I’ve noticed, of so few new games being released at the moment, is that the rivalry between PlayStation and Xbox has kind of faded into the background. The Last Of Us Part 1 came out, was controversial, and yet I’ve not noticed Xbox fans really taking advantage of that, probably because they know their machine has nothing to coming out at all.

If you ask me though the rivalry between Xbox and PlayStation has always been a bit lukewarm and uninteresting. We all know the best console war was between the Mega Drive and the SNES, for all sorts of reasons: surprisingly different games given the tech, with different specialities; completely different marketing styles; and no clear winner, with one or the other being slightly ahead in each country.

It’s the perfect battle, plus back in those days almost nobody could afford both, so you were forced to take a side. I had a Mega Drive, so I’m bound to say that was better, but I did secretly covet SNES games like Super Metroid and the Donkey Kong Country games. Great memories of a bitterly fought war. Curious to know what side of the fence other readers stood on.
Poindexter

Layers of concern
Getting Bloober Team to make the Silent Hill 2 remake seems like such a bad, obvious choice. Sure, they’re one of the few developers that specialise in horror but that doesn’t mean they’re any good. The Medium was terrible, and especially because it was trying to be like Silent Hill and failed completely. Now they’re doing an official game anyway.

Layers Of Fear is overrated too, if you ask me, and while I haven’t played their Blair Witch game it didn’t get good reviews. It is only a remake, so if they follow the original game close enough maybe they can do it, but I’m not confident.

Silent Hill isn’t going to get another chance at the big time like this and I’m worried Konami are going to mess it up by hiring the wrong people. I can see why a remake makes sense at this stage but I’d much rather see a new game and that probably won’t happen if this first dip back in the water is a flop.
Nagon

At least you got £5 off
Played The Last Of Us remake and initially I took the time to check out the graphics but they never really blew me away as much as when I first played the updated version years ago. Unlike Horizon Forbidden West and Immortals Fenyx Rising, which constantly had me in awe of the gorgeous visuals.

I was also surprised at how much of the story I remembered and quickly became bored of it, maybe because it is so linear in its design. I carried on playing until I got to the part where Ellie still wandered in plain sight of the enemies and they totally ignored her, I thought this would have been rectified as most games now do not have this problem.

In the end I just went back to Horizon and gave my copy to a friend who has a new baby and has more important things to spend £65 on. Not a waste as he is enjoying it as he never played the original.
Sixpacx

Dreamcast Maxi
It’s taken me a while to accept the fact we are never getting a Dreamcast Mini, but I have finally bitten the bullet and bought myself an original one off of eBay last week.

I never had a Dreamcast the first time round, but I did swap my N64 for my friend’s one for a while. I played through Sonic Adventure and Shenmue and he played through Zelda: Ocarina Of Time and Majora’s Mask. I’d have loved to have had my own, we all know how it ended for the Dreamcast but I remember being really excited by it when it came out; it seemed so much more powerful than the other two available home consoles at the time.

I have bought myself Sonic Adventure, Shenmue, Jet Set Radio and Power Stone, they were all pretty affordable. Shenmue 2 is the only other game that is definitely on my shopping list at the moment. Would anyone have any strong opinions on games I should definitely try and play? Is Soulcalibur going to do anything for me that Soulcalibur 2 didn’t? I don’t really like shmups/scrolling shooters and I’ve got Skies Of Arcadia Legends so I won’t bother with that but I am open to anything else really.
Charlie

GC: Our favourites include Rez, Bangai-O, Power Stone 2, Marvels Vs. Capcom 2, and Samba Da Amigo. Although we’re not sure what they go for nowadays.

Admit your pleasures
I have to say I thoroughly enjoyed reading the feature this weekend about Saints Row, it’s good to hear different views, as surely as long as the player enjoys it that’s all that matters. I’m getting a bit fed up, to be honest, of people going on about the console wars and how they’re selling this console or buying another, so this was a refreshing change. I personally don’t think there has ever been as much choice for gamers as there is right now. Having been gaming for so long and remembering paying stupid money for Mega Drive games (one or two a year max) so I’m quite happy having a massive backlog of games.

I was trying to think of any critically panned games which I have enjoyed against the grain and was wondering has this been a Hot Topic previously? Would be interesting.
Wayne

GC: We’ve tried it a couple of times, but they never get many replies. We guess nobody likes owning up to enjoying games that others consider bad.

Wrong way round
Thanks to those in the Underbox that offered some suggestions to get Call Of Duty Modern Warfare 2019 and Black Ops Cold War working on my Xbox Series S.

I wasn’t able to try the suggestions since I refunded both games.

Turns out they aren’t on Steam for the PC and I had to buy them through Blizzard’s store. The campaigns were downloaded for Modern Warfare 2019 and Black Ops: Cold War.

They both ran without issue and ran surprisingly well on my modest video card with no ray-tracing.

I’ve now completed the campaign for Modern Warfare and will be tackling the remaining title next (only launched it to test it works).

I really hope other games don’t have this issue. The reason I’ve enjoyed consoles is their simplicity (and exclusives). Turns out my PC was easier for this one!
Commodore Fan

External issue
Like Commodore Fan, I’m also having the same problem with Call of Duty Modern Warfare 2019. I’m on Xbox Series X and I’m still asked to install content that is already installed (I even have the disc). I didn’t have any problems on my Xbox One S. I’m not sure what causes it but I’ve seen a suggestion (in that link that GC posted) that says not to install it to an external hard drive.

My copy is currently installed to an external hard drive. I think I’m going to uninstall all of it and then install it back onto either the internal storage or on my 2TB Seagate card. I’ll post back if that works.
Chaosphere616

Analogue preference
I’m trying to get hold of a PlayStation 5 Digital Edition – which given the console is a behemoth, at least it slims it down a bit. That’s my logic behind wanting a digital only PlayStation 5 anyway. I refuse to pay scalper prices or for some crazy bundle. I know GC sometimes provide notification on stock alerts, so I’ll keep a close eye on your site for any updates. If you could enquire about the PlayStation 5 digital in particular, it would be much appreciated.

The standard PlayStation 5 is available from many retailers, such as GAME offering their usual bundles to inflate the price. The digital version appears to be very rare though. Maybe the recent price hike may encourage Sony to release its digital console in larger quantities?

It stands to reason the digital console is less profitable initially, hence why Sony have been reluctant to re-stock that version. But I wonder if retailers are also at fault, since digital sales are of no benefit to them? At this rate I may as well wait for the inevitable PlayStation 5 slim.
Anon

GC: There’s a stock checker here but it definitely seems to be a low priority for stores and/or Sony.

Inbox also-rans
I’d love it if Naughty Dog were doing a fantasy game as that would finally get them out of their grimdark obsession at the moment. Except what’s the betting the game would still be super serious and ‘grounded’ with unicorns disembowelling bad guys and the like.
Shuggs

Glad to hear Microsoft has made power saving mode the default on Xbox. It certainly wasn’t when I bought my launch machine, which I always thought was off at the time.
Balden

This week’s Hot Topic
The subject for this weekend’s Inbox was suggested by reader Dennis, who asks what retro video game has aged the best?

Retro gaming is big business nowadays but so are remasters and remakes, that aim to make older games more palatable to modern audiences, but which game do you feel holds up the best and is still as playable now as it always was?

How well do the graphics hold up and why do you think they have lasted better than other contemporaries? Do you still play the game in its original form and if there was a remaster or remake what would you change?