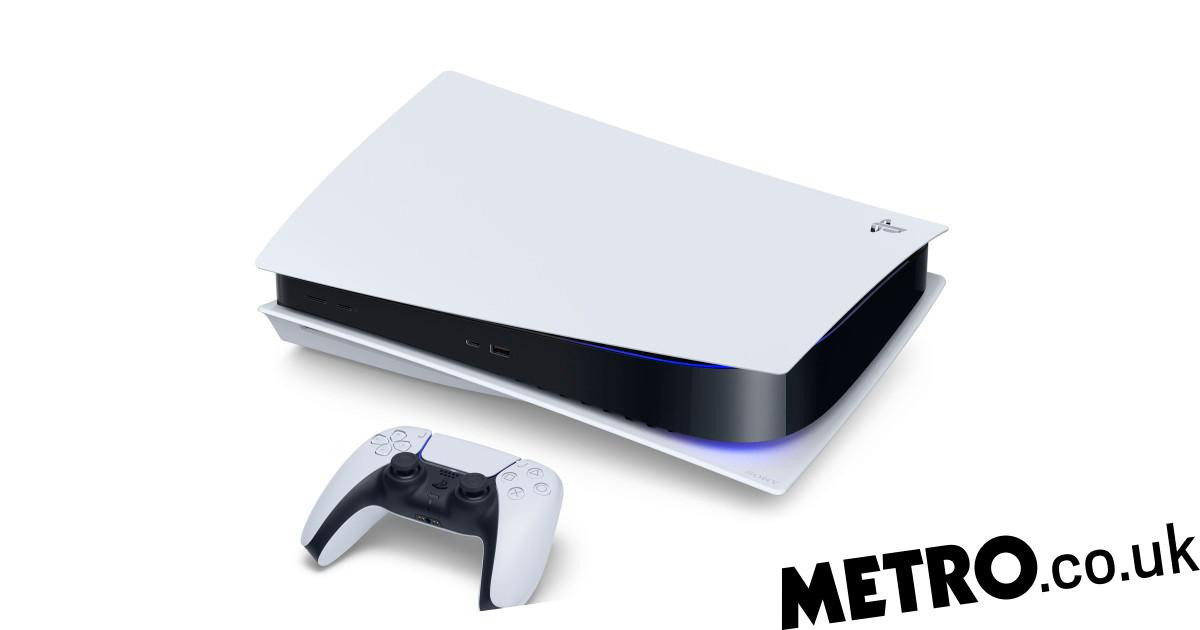 The Tuesday Inbox is worried about Halo Infinite and its lack of standard modes, as one reader hopes Microsoft and Bungie get back together.

Slim chance
Seeing the tiny differences in the new model of PlayStation 5 is kind of funny, but as insignificant as changing the screw seems to be, GC are right in that it shows Sony are willing to change things as they swap components in and out to keep up with the pandemic. Perhaps they’ll do something about the worryingly wobbly stand next but for me the biggest problem with the console is just how big it is.

My brother has one and while I’ve been very impressed by Demon’s Souls and Ratchet & Clank it’s just so massively big and so horribly ugly that I really would just rather just wait till there’s a PlayStation 5 Slim, but how long will that be? Is the pandemic likely to make it come out earlier or later than it did with the PlayStation 4?

I know no-one knows but I guess the underlying problem is that I just don’t feel I’m ready to pull the tigger on the PlayStation 5 just yet. It just needs something else for me. A new game that’s a real killer app, a smaller console design, or perhaps some kind of new peripheral. I’m not quite there yet and if Sony has nothing new for Christmas, I guess I might not be until next year.
Kain

GC: The only thing that can be said is that the PlayStation 4 Slim came out three years after the original but clearly things have changed a lot since then.

Halo Finite
Halo Infinite won’t have co-op or Forge at launch? At this rate the physical copy is just going to be a box with an IOU slip in it.

I think it’s pretty obvious that when it comes to Halo Infinite the pandemic isn’t the only problem. The whole game has been mismanaged since the very beginning and I would guess underwent a severe rethink after the E3 reveal last year.

All I can say is that I hope, for Microsoft’s sake, that the multiplayer is good because the last thing they need to do is help create some narrative that they can’t make good games like Sony. They still basically haven’t got any first party games and having the first big one be a mess like this seems a bad idea.
Stimpson
PS: Couldn’t care less about Forza or Gran Turismo.

No more fighting
I really hope that NetherRealm do take this chance to make a Mortal Kombat that isn’t a one-on-one fighter because it is long past time they expand the franchise beyond what they usually do. Shaolin Monks was so long ago and while I assume it didn’t sell, or they would have done another one, surely there’s a way to do something similar and make it a hit.

A scrolling beat ‘em-up kind of game seems the obvious route but you could do any kind of open world adventure or even a role-playing game. You could experiment with first person maybe, or with customisable characters, or maybe even give some characters guns and see how they get on.

This goes for fighting games in general which have so many memorable characters and yet never use them in any other style of game. I find that very odd and a total waste.
Causikin

Next gen exclusive
Great review of Psychonauts 2, which I hadn’t really paid too much attention to at the preview stage, but I’ve now added to my ever-expanding list of games to try.

I had a question on the slightly peculiar exclusivity situation though. It seems the games is Xbox Series X/S exclusive, but you can still play it on PlayStation 5 but only via the PS4 version… that can’t be right can it? Is there any point in waiting for a PlayStation 5 version, or do you think chances are given they are Microsoft owned it will only, bizarrely, be the PlayStation 4 version released on Sony consoles?
Henshin Agogo

GC: Yes, we imagine that will be what happens. Microsoft owns Double Fine now but the game was mostly financed via crowdfounding, so they had to honour PlayStation owners that had already paid for it. The next gen didn’t exist at that time though, so while Microsoft were happy to fund an Xbox Series X/S version they were never going to do that for the PlayStation 5.

Long term plan
I think people are just fooling themselves when they say Call Of Duty: Vanguard is going to a flop or sell less than Battlefield 2042. Sure, it might be the worst seller of the last few and Battlefield 2402 will probably be the best-selling Battlefield of recent times, perhaps ever, but the gap between the two is far too big to be shrunk in just one year.

Battlefield’s name is mud right now and it has no mobile presence at all, which means it barely counts as mainstream. I’m not saying that as a good or bad thing – I certainly don’t play mobile games – but that’s the fact of the situation.

Warzone is huge and it gives a massive boost to Call Of Duty whether it’s good or bad and not matter time it’s set in. If Battlefield 2042 does well it might start to chip away at that lead but I don’t see it winning out without a hit mobile game and at least a couple of sequels.
Pizzal

Ongoing work
There is a lot of history in video gaming, yet Microsoft and Sony don’t seem to want to preserve the gaming history of their respective brands. You’d think with the accomplishments and endless great games out there that they would at the very least create some studios that would specialise in creating reboots or ports of some of the classic games from PlayStation and Xbox era, so that these games can be preserved and enjoyed by the newer generation of gamers who may have missed out on some of the greatest games.

We have seen some classic games series making a comeback and even seen some ports and reboots of games, but this seems really low in comparison to the many tens of thousands of games that are in existence.

I do feel that Sony and Microsoft should at the very least be looking into seeing what they can do to preserve its video gaming history. Although to Sony’s credit they did produce a PlayStation 1 mini with limited games. Personally, I’m looking forward to a PlayStation 2 mini and a Dreamcast mini which I am hoping will eventually happen.

I guess only time will tell what Sony and Microsoft will do to preserve video game history, however it would be incredible if they both could get new studios set up that would specialise in porting or rebooting other great Xbox and PlayStation Classic games that have not yet seen a reboot or a port.
gaz be rotten (gamertag)

GC: Those all seem very vague complaints, especially as the PlayStation mini was rubbish and the Dreamcast is nothing to do with either Sony or Microsoft.

Original format
RE: Anon and Cyberpunk 2077: ‘It might be garbage on a PlayStation 4, but it was never designed for it.’

Rather ironically, it was designed for PlayStation 4 in early stages, they just overreached and then found out; their ambition was too much for the older generations if hardware.

I’m not really sure how you can claim it’s one of best-looking games on current gen of hardware either.

Maybe when the next gen update drops it will prove to be so, but right now it’s not that impressive and runs on last gen code with some licence to take advantage better of current hardware.
Kiran Kara

Corporate culture
It’s not exactly much of a stretch but I would just like to say that I am willing to bet quite a bit that Microsoft offered to buy Bungie back and have them work on both Halo and Destiny. Clearly they said no but I do get the impression that the two are slowly drifting back into each other’s orbit. I believe the rumour about a Destiny crossover and I believe that Microsoft asked them to make some kind of Xbox exclusive, whether Halo related or not.

Whether they said yes is doubtful but after a few years of Microsoft’s nagging, and money hats, I can see Bungie giving in eventually and I think that’s fine. As long as it doesn’t get out of control and someone (i.e. Microsoft) doesn’t start buying up the whole industry I’m fine with the console manufacturers acquiring other developers.

I do feel it needs to be a good match though and you can kind of tell immediately when it is. Insomniac for Sony, super obvious. I think most people were surprised they weren’t already part of Sony. Nintendo and anyone is less obvious but they had a long working relationship with Monolith Soft and Next Level Games and I’m sure that will work out for them.

With Microsoft, Rare always felt like a bad fit and I think that’s reflected in the games they’ve made in the last 20 years, none of which have been appealing, to me at least. Bungie though, are a fit. Double Fine too, I expect, and probably those other American developers they bought up too, although I never remember any of their names except for Bethesda.

Microsoft and Bungie feel like estranged partners at the moment and I would be happy to see them get back together.
Sunny Jim

I will never understand the love for The Simpsons: Hit & Run. It was rubbish almost 20 years ago so I’d hate to see what it plays like now. I guess it’s just because they had all the original actors doing the voices, back when they actually sounded like themselves?
Gifford

This week’s Hot Topic
The subject for this weekend’s Inbox was suggested by reader Simon Ashworth, who asks what video game reviews have you disagreed with the most over the years?

It can be one of ours, or from another source, but which one sticks out to you as being either too harsh or too lenient? What score would you have given the game in question and what elements do you think the review was wrong about and why?

In general, how accurate do you find the reviews you read to be and how important are they to your decision to purchase or play a game? What’s the best example of a review putting you onto a game you didn’t think you’d like or helping you avoid a game you later found out was no good?