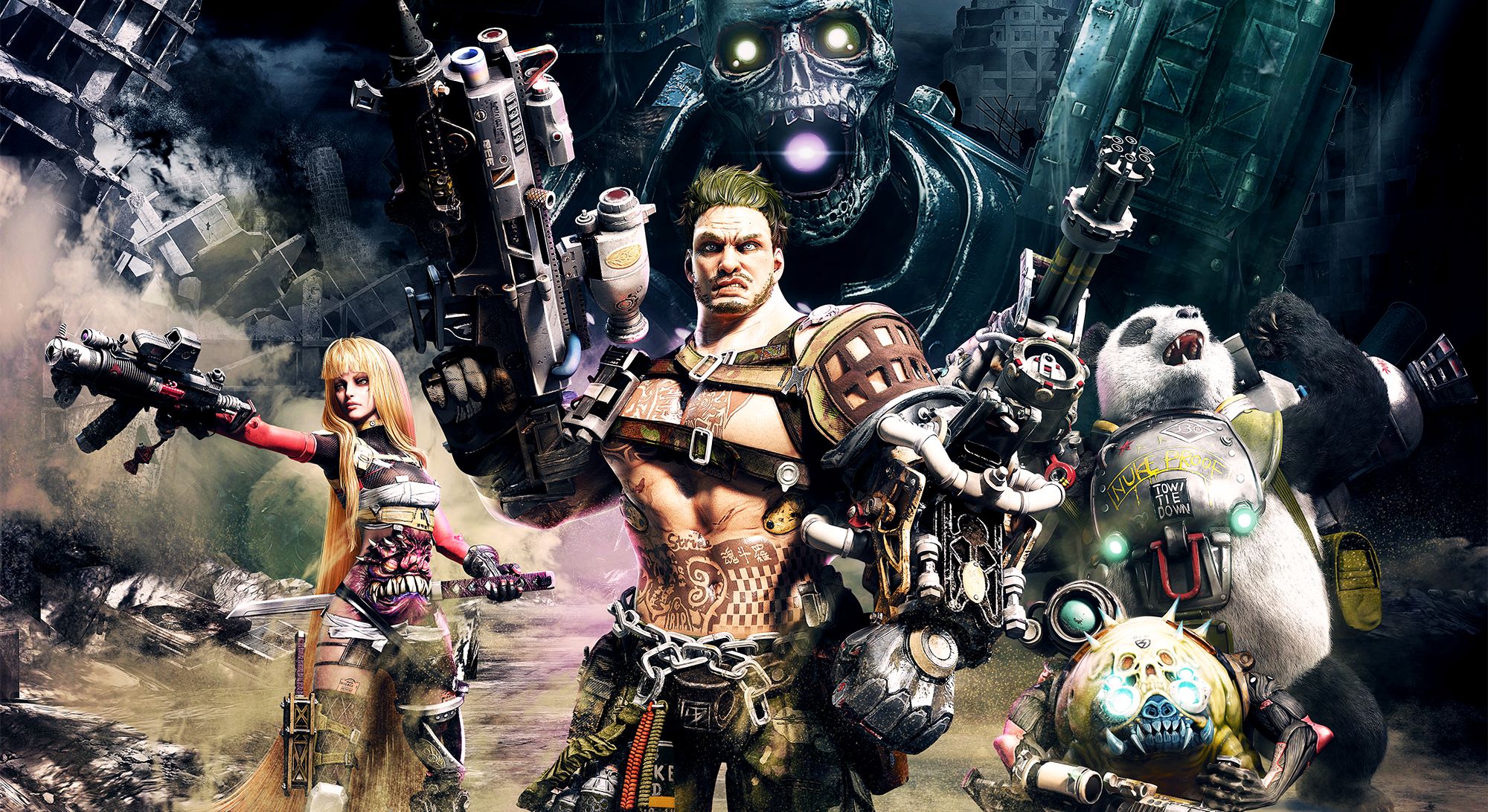 The Tuesday Inbox prepares to be disappointed over today’s Smash Bros. reveal, as one reader makes demands of the new Ghostbusters game.

Worst of the worst
I have no interest in football and yet even I’ve found eFootball to be hilarious, that video in the review is one of the funniest things I’ve seen in a long while! Once again, we see something everyone predicted happening exactly as they said it would and you have to wonder whether publishers are making these crazy decisions as some kind of tax write off or something. I mean, what did Konami expect to happen?!

It makes me wonder if eFootball is actually the worst game of the current and last gen. I’m not sure what the other contenders even are, as I don’t remember a game ever being this famous for being so bad in a long time. I mean, Cyberpunk 2077 had a terrible launch, but it wasn’t a terrible game.

What does GC and readers say? I guess the proper answer is some terrible indie game nobody’s ever played but how about we keep it to larger budget releases published by bigger companies?
Rory

Sports comedy
I agree with Mitchell’s comments in the Monday Inbox about eFootball and how laugh out loud some of the screen shares have been. No often do I actually LOL uncontrollably but from the zombie crowds to bizarre facial expressions and physics defying animations.

There is one very positive comedy element to this whole disaster, but on a serious note I do sympathise for those working on the game who are at the mercy of this poor decision to publish in such a state.
Kanbot

Rock bottom
It feels like to me that Konami, in a valiant/futile attempt to ape EA, spent too much money on acquiring licences to individual leagues and teams. That meant leaving less of a budget to spend on improving what they actually did better at, namely the gameplay.

To put it in a football analogy (obviously), it’s like a team that splashes out on a slew of new players, only to completely destroy the team dynamic, thereby actually becoming worse than when they started.

I’ve played so much of ISS/PES/Winning Eleven over the years, so it’s quite sad to see the franchise hit rock bottom now.
ttfp saylow (gamertag)
Now playing: Tales Of Vesperia Definitive Edition

Made it so
In Star Trek: The Next Generation and Voyager there have been numerous segments where games are being played in the far future. One occurrence on The Next Generation with a VR headset and the other where Data plays against a master of a game. Then on Voyager, in the holodeck where virtual discs are being shot at in a room.

While the two things in The Next Generation have already happened via PlayStation VR and Oculus Rift, allowing you to play with people across the world online, the one in Voyager has yet to pass. However, considering we have projectors that can produce holograms and have holographic devices I’m pretty sure in the very far future we will have holodecks when holographic projectors advance a lot more.

When the TV show Dick Tracy was running in the 1950s people used to laugh when the show had Dick Tracy talking into a watch, speaking to a person. Now look at where we are: smartphone watches allow you to do just that. So this does show that it’s not if we will ever see holodecks happen but when. There are people out there who would disagree with believing if we will ever see holodecks however let’s not forget Chris Columbus was laughed at when he said the world was round.

We can also now stream our own shows via home consoles and PC, something that was only dreamed about in the past.
gaz be rotten (gamertag)

GC: No educated person has thought the world was anything but round since before the time of Ancient Greece. Well, no one until recently anyway.

Cold Topic
I was wondering which games GameCentral and readers would give a 10/10? Given every game has its problems I think a 10/10 game doesn’t have to be perfect, just a perfect match for the player.

Off the top of my head, I can’t think of many modern games I’d give a 10/10 but Outer Wilds is one of them.

Other games I’d rate a 10 are Game Boy Tetris, Zelda: A Link To The Past, Super Mario World, and Super Mario Kart. In the past I’d have given Final Fantasy 7 and Zelda: Ocarina of Time 10s too, but these days I’d say only 9 for those two, due to aging less gracefully. And GoldenEye 007, a 10 back in the day but probably a 7 now (on the unreleased Xbox 360 version).
EvilMoomin

GC: We had this Hot Topic just two weeks ago.

Hard to give up
Sometimes you see a trailer for a game and you just know you are going to love it. That’s how I have felt about Ghostrunner for the months I have been shelving it, ready to dive in once the next gen upgrade was released. The PlayStation 5 upgrade is now out and I’ve finally fired it up after longingly looking at it in my library… and oh boy it is hard.

It’s so hard I had initially thought I was missing some sort of obvious trick, or gameplay mechanic which makes dodging bullets easier. The enemies have all invested in a Call Of Duty style aimbot and should be banned for cheating. I think it’s fair to say the game is completely unforgiving of even the tiniest mistake.

I died 64 times on the opening level. Sixty-four! I had thought the opening level would ease me in gently, and my worry is now that it is actually designed to do just that, and I am just rubbish and destined to throw my controller through a window in frustration in a few levels time.

However, on the plus side. The game is clearly good. It has a super smooth frame rate and so, importantly for a game where I am this bad at it, the loading and restarts are instant, so it’s still fun to play… just about. Thanks to the insta-restarts I’ll persevere without any assists, and hopefully at some point figure out how the Jeff you are supposed to be good at it. Lord knows I’m not at the moment.
Henshin Agogo

Crossing the Rubicon
If Microsoft moves on from buying independent developers to ripping up existing publishers for the studios they want I think they will have crossed the line. If Square Enix sell Crystal Dynamics then they are fools, because they’re clearly their best Western studio and they’ll be very difficult to replace.

There’s a huge difference between buying up independent developers, that you’ve worked with before, and circling the industry like a vulture, picking out studios here and there as if money was no objects, which of course it isn’t to Microsoft. We’re going to regret our apathy to all this in five years or so, mark my word.
Ansel

Smash the internet
I imagine people have seen the comment from Sakurai about the Smash Bros. reveal today: ‘The new fighter may be a character that you don’t know or different from what you expected. But I hope you enjoy the broadcast itself and I had fun recording it.’

I really don’t know though. That’s actually quite a fun quote because it seems to give a clue but actually say nothing you can really rely on. I think the only guarantee we can have is that it will be a disappointment because there’s no way that they’re going to be able to satisfying everyone and if it is an obscure one then the internet is going to go down in flames.

It’s just a good job Sakurai and his team are in Japan because I can only imagine how many death threats he and his team will get anyway. Gamers are so entitled sometimes and I fear that this announcement is going to bring out the worst in them…
Baker

Inbox also-rans
Just a quick message to say that the Ridley and original Metroid Prime 1 Samus Aran amiibos are available on the Nintendo store currently, I presume because of Metroid Dread coming out on Friday.
Andrew J.
Currently playing: Borderlands 2 co-op on Xbox One X

Please no more Ghostbusters games that aren’t a business management sim. How is it the first game on the C64 is still the most accurate to the themes and aesthetic of the movie? Jeez Louise.
Manford

This week’s Hot Topic
The subject for this weekend’s Inbox was suggested by reader D Dubya, who asked what is your favourite video game sound effect?

Some sounds effects have become as iconic as visuals and full soundtracks, from the sound of getting a new Achievement to the various noises different consoles make as they turn on. And that’s before you get into the actual sound effects of weapons, items, and vehicles.

You can include short jingles, such as the Zelda item discovery tune, and snippets of dialogue but nothing that lasts more than a few seconds. Also, if you’re able to find a good clip on YouTube, do include that with your email.