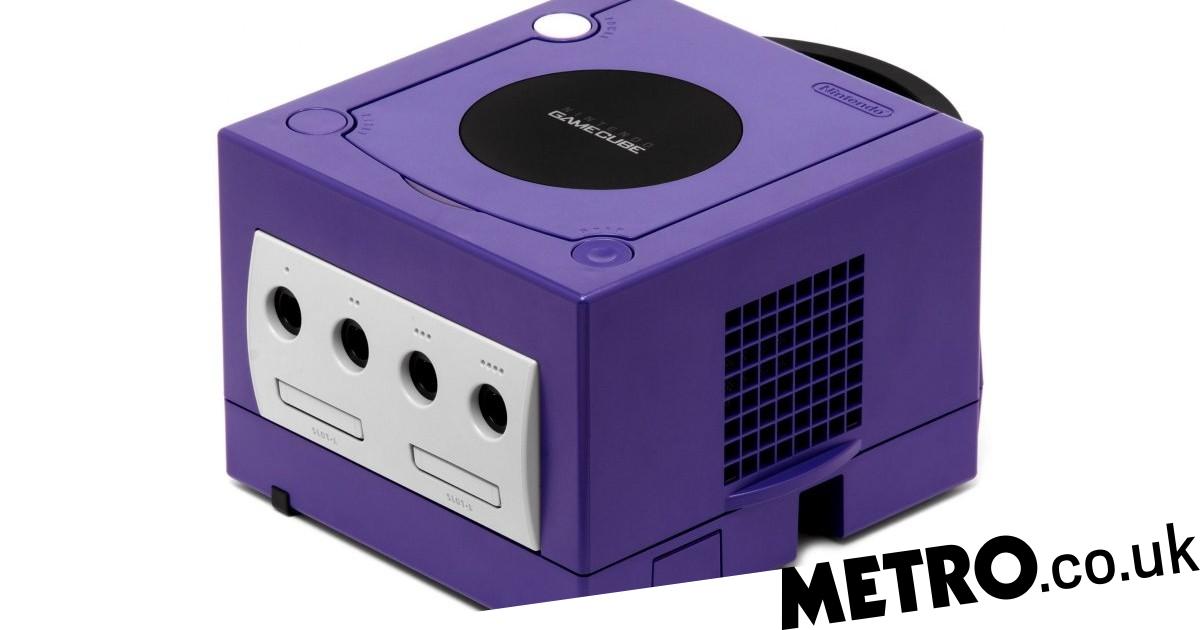 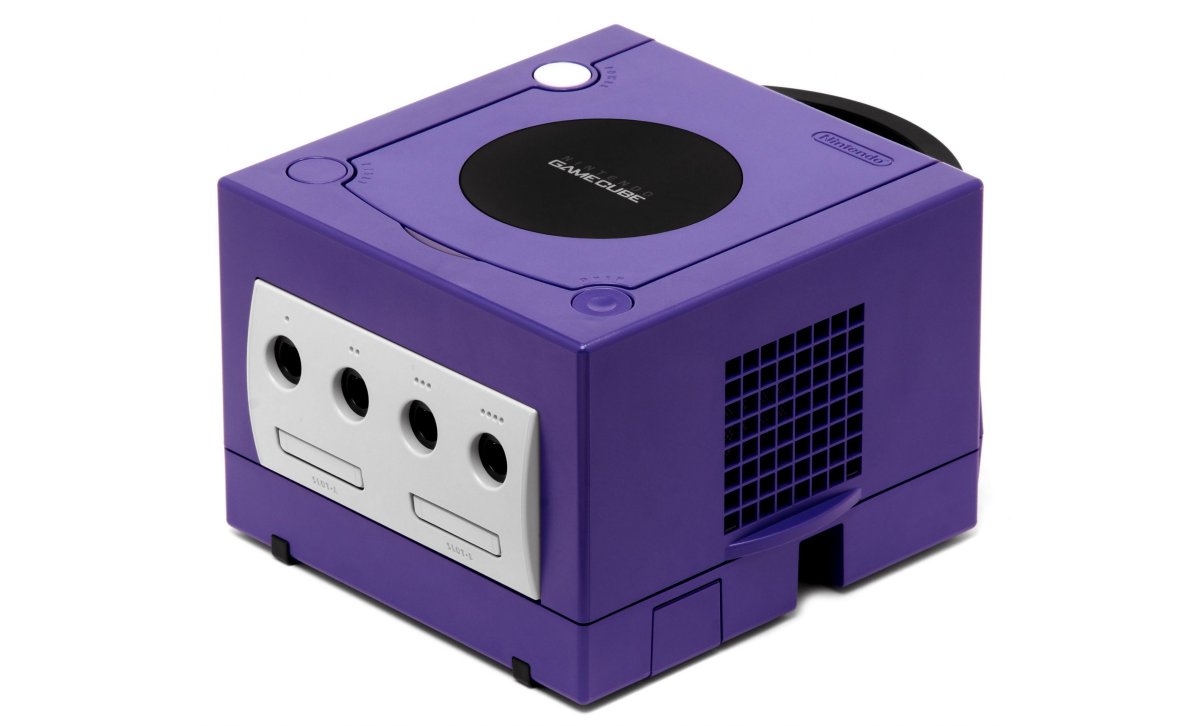 PLEASE NOTE: As we get our own Christmas and New Year content ready for the end of the year, please consider sending in your own festive Reader’s Feature to run over the Christmas break. It can be on any subject but if there’s something you’ve been meaning to write in about, but never got around to, now would be a good time for it.

Retro cycle
Having Paper Mario on Switch is all well and good but the best one is The Thousand-Year Door and that’s a GameCube game. When is that going to be available on Switch? At the rate we’re going it’ll be several years before we get any GameCube games and probably not at all because the next console will be out by then.

Of course, we have no idea what Nintendo will do with their next format but if it’s the same as all the others they’ll start their entire retro plans from scratch, with just NES games, and we’ll probably never get as far as GameCube again. I don’t know why they don’t try to create some sort of proper subscription service independent of the current format. They’ll never let them stream on other devices, but at least maintain some continuity form one console to the next – we’re still adding back in games that were already on the Wii U and Wii.

It would be wrong to say Nintendo doesn’t embrace backwards compatibility but when they do it always seems completely random, from really good on some formats to almost non-existent on others. I hope they sort things out with a proper, long-lasting policy. And failing that just get GameCube games on the Switch before it’s too late!
Onibee

Leave it to the fans
RE: Mal’s letter in the Friday Inbox. There actually is a remake of Morrowind going on at the moment.

I’m given to understand it’s by some of the people who worked on the mods for Skyrim, it’s Morrowind remade with Skyrim graphics and it’s called Skywind.

It’s approved by Bethesda and has a website with some really nice looking images from the game. There is no release date on their site and it’s only for PC but it looks very good and like they really are going to pull it off.
Mitchell

Streaming realities
They say first impressions are the most important. After a few hours of playing my new Google Stadia I can say that it’s definitely worth the £20 I paid for it.

I have 100Mbps internet and although my Wi-Fi connection seems to be able to muddle through the gameplay sections, the Stadia seems unable to stream cut scenes. Unfortunately, I have picked and paid for the Yakuza spin-off game Judgment, which is basically 50% cut scenes.

The claim is you can pick and play on any screen, but I should warn you that the screen probably needs to less than two meters away from your router. And I don’t fancy rearranging the furniture.
TommyFatFingers

Great package
Just wanted to write in and say how great the Halo Infinite multiplayer is. The whole package of maps, weapons, gunplay, and AI is superb. I particularly like the option to play with others against bots and to set up a custom game with bots with whatever combination of map/mode I like.

I bought Call Of Duty: Vanguard (even though I said I wouldn’t) and Battlefield 2042 but I do think Halo Infinite is better than those two, even though if you have Game Pass it is free.

I look forward to seeing what other options/modes they will add over the coming months. Also, I hope the campaign is good.
Manic Miner 100 (gamertag)

In for a penny, in for a pound
So EA’s answer to the problems of Battlefield 2042 are to completely double down on it and not only make more Battlefield games but put the creator of Call Of Duty in charge of the whole thing? That’s like putting the guy in charge of eFootball in charge of FIFA! (Well, maybe not that bad, but it’s certainly the opposite of what most fans want).

I’m sure Battlefield 2042 will be a great game eventually, it just would’ve been nice if they’d finished making it before releasing. Would EA suddenly have gone bust if it had to be delayed to last year? Somehow I doubt it and yet now here they are on the back foot the instant the thing is released.

As others have said, publishers don’t seem to learn anything. Especially as this is exactly what happened to Battlefield 4, just as it was primed to become the COD killer before it was released. Clearly, some things never change.
Hondar

Falling in love
Super late to the party but the gunplay and traversal mechanics in Titanfall 2 are impeccable. The bristling energy in the shootouts is almost palpable, sliding/double jumping/running across walls whilst letting your thunderous armaments shred enemies like some incriminating documents is awesome fun.

And I love the synergy between the pilot and BT (the near sentient mech) not only with the gameplay systems but the character interactions, especially BT’s deadpan humour and gradual affection for the pilot. Lovely stuff.

The imagination and panache in the futuristic urban housing assembly line and time rift affected research facility levels were truly dazzling. Following the flow of the mass manufactured houses to seek out an exit, avoiding being crushed or impeded in the assemblage, all whilst battling enemy forces in the vicinity as the houses are being put together around you was utterly exhilarating.

Then there’s the Cause and Effect level where you’re alternating between the realities of the research facility to advance forward, gaining insight into how a catastrophic event decimated the compound, creating platforming opportunities on the fly with your nifty time-hopping tool, and changing the setting to manoeuvre the hostile encounters that are thrust upon you more efficiently was even more spectacular.

The level design is just getting more ambitious and more adventurous as the campaign goes on, and I bloody love it. Titanfall 2 is rapidly approaching Half-Life 2 levels of greatness in the first person shooter story campaign domain!
Galvanized Gamer

Original universe
Thanks for the review of Chorus, GC. At the very least because I really did think it was called Chorvs! What terrible bit of marketing. Sounds like the writing in the game isn’t much better, which is as shame, but that game will be in the bargain bins before you can blink, I reckon, so I’ll pick it up then.

I have always enjoys space combat simulators and wish there were more of them today. The problem is that unless it’s attached to a licence like Star Wars you have to make up a whole plausible world on your own and as Chorus apparently proves that’s not easy. Maybe they could’ve picked up the Battlestar Galactica licence for cheap?
Rackem

Unequal cynicism
One of the more bizarre quirks of Rockstar’s ham-fisted attempt to destroy the legacy of the first three Grand Theft Auto games, and last year’s cynical launch of media darling Cyberpunk 2077, is just how fickle we are as game buyers.

Our righteous rage at two of the most well-loved studios releasing unfinished and buggy messes, that we had convinced ourselves would be the new big thing, was fair enough. But in the same breath to forgive Nintendo for the equally cynical release of 3D Super Mario All-Stars with the minimum of effort, and the frankly disgusting withdrawal of the product on a set date to maximise urgency is as much our own fault as anyone else’s.

From the other pitch, when a developer of notoriety like EA actually does a decent job of remastering the Mass Effect trilogy, and promises to do justice to a new version of Dead Space, we either disregard the effort or in the case of Dead Space actively berate the publisher for the audacity to touch a franchise they didn’t treat properly the first time around.

The game industry is probably now where the movie industry was in the 1950s, with the triple-A games being somewhat equivalent to the lavish productions like Ben Hur, building vast sets and squandering untold millions on vanity projects, chasing ever diminishing returns from an audience equally ravenous for the next big thing, and apathetic for a string of identikit projects that become shadows of the original vision.

In fact, it is only really in the indie scene we see any real sense of experimentation with formats and concepts, with an array of auteurs ceaselessly pushing the envelope of perfection and vision in both the movie and game industry, and then being rewarded for their efforts by people only paying huge sums of money to see the latest blockbuster or triple-A behemoth.

I think what I am trying to say is that we create our own hell. We bring upon ourselves the lazy and manipulative practices from these companies who are the media equivalent of factory farms chopping up and packaging morsels of sustainability without forcing them to regain our trust with well reared versions of the slop we accept. We do not buy those things that deserve more credit, and plough money into those things we really should know better with.

But maybe that is just the world we live in now where technology like Tinder, Just Eat, and Netflix is more about quick, relentless consumption of things that we would once be passionate about. And we wonder why we live in a society bloated with dissatisfaction and apathy. Why would the games industry be anything different?
Slappy McGuire

GC: Super Mario 3D All-Stars was certainly cynical, but it didn’t have any bugs or other problems. And no one disregarded Mass Effect Legendary Edition, it sold very well. We see what you’re getting at but you’re ignoring a lot of great mainstream titles and forgetting a lot of very formulaic indie ones.

Inbox also-rans
Hey, GameCentral. Have you seen the new fighting version of Into The Breach? it’s called Fights In Tight Spaces. Check it out.
Henry

GC: It’s nothing to do with Into The Breach or Subset Games, but we might review it if we have time.

The last episode of GamesMaster is well worth a watch, even if it’s only for Trevor McDonald’s comment in the run up to the Street Fighter 5 challenge.
John Atkinson

This week’s Hot Topic
The subject for this weekend’s Inbox was suggested by reader Korbie, who asks what game have you thought about the most while not actually playing it?

While stuck at work or school it’s common to daydream about what you’ll play when you get home, but what game has filled your thoughts the most and why? Were you planning out new strategies and tactics or just imagining what it’d be like to get further?

Have you ever literally dreamt about a game and how did that go? Did the dream place you in the game world or was it something related to the reality of playing it?

E-mail your comments to: [email protected]k