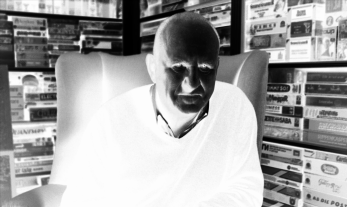 Livingstone has spent over 50 years in the games industry, working as a retailer, editor, developer, and executive. He founded Games Workshop in 1975 alongside John Peake and Steve Jackson before going on to become the first distributor of Dungeons & Dragons in the United Kingdom. Livingstone started the annual Games Day convention with Jackson shortly afterwards. The pair launched the gaming magazine White Dwarf in 1977 as well as the board game company Citadel Miniatures in 1979 with Bryan Ansell.

The first entry in the gamebook series Fighting Fantasy came out in 1982. Livingstone and Jackson produced more than 15 volumes that would go on to sell upwards of 20 million copies. Jackson also designed several board games including Boom Town, Judge Dredd, Automania, Legend of Zagor, and Dragonmasters.

Livingstone got started with video games when he was hired by Domark to work as a designer on Eureka! While he left the company a few years later, Livingstone came back to Domark as a board member in 1993. "After the success of Games Workshop, I retired, got bored, and invested in Domark to fund their cartridge development,” Livingstone later recalled. “I got in at just the wrong time — it was all going flat." Domark was purchased by Eidos Interactive in 1995 and Livingstone was kept on as Product Acquisition Director. He secured several franchises for the company including Tomb Raider and Hitman. Eidos Interactive was bought by Square Enix in 2009.

Livingstone is currently on the board of directors at several independent developers including Flavourworks, Antstream, Fusebox Games, Midoki, Bossa Studios, and The Secret Police.

“Being a lifelong games player, it has been a privilege to work in the games industry for almost 45 years,” Livingstone told Video Games Chronicle. "Work and play have been the same for me and I’m never going to retire.” He went on to say that “I enjoy being involved in game design and strategy and all the studios I work with have differentiable products which is important to avoid a potential conflict of interest. All the projects I’m working on are important to me and some of the upcoming titles developed by the studios are incredible.”

While he has no specific plans for the future, the coming years are sure to be exciting for Livingstone as he looks forward to continuing his already long career in the games industry.