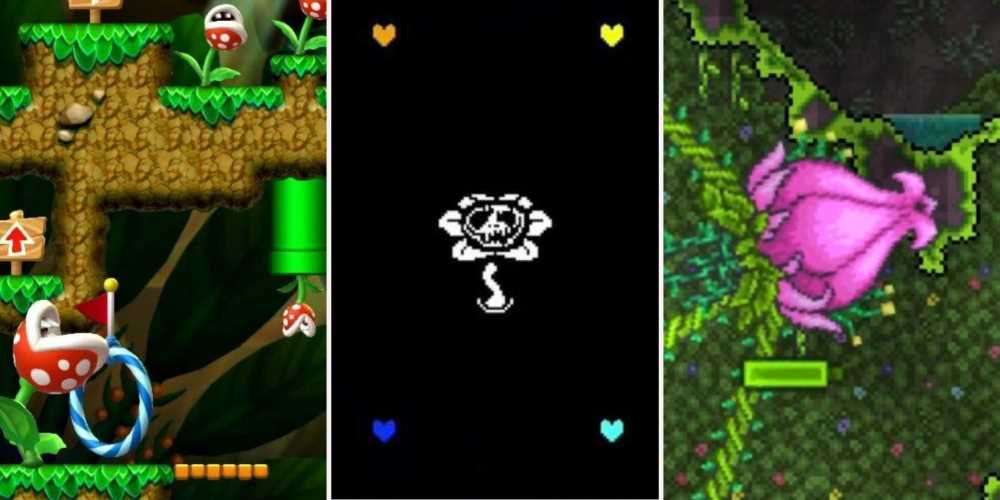 There's a wide variety of creatures and monsters that gamers find themselves running across. But, none so underestimated as plants. Whether it be a human-plant hybrid, or a seemingly normal-looking flower with some fatal abilities, plants can be found in a handful of games either plotting against you or as a part of your arsenal.

While not as instantly horrifying as a killer robot or as repulsive as a flesh-hungry zombie, there are some plants in gaming that can really pack a punch. If you find yourself underestimating these deadly plants you may find yourself needing to revive or start a level over again. 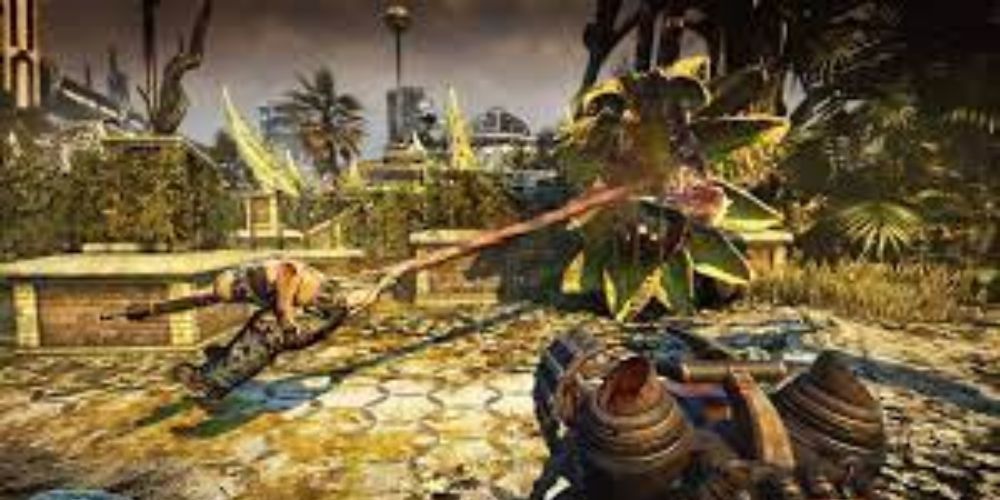 In this wild ride of a game, a few overgrown plants may not be at the top of your list of worries, but that quickly changes when you see a bad guy get a little too close and be swallowed whole. Not to mention the time one pulls down an entire helicopter with its tongue.

It quickly becomes a fun time drop-kicking the rest of your enemies into the hungry plants dotted around the greenhouse area and avoiding getting too close to them yourself. Until however, you have to fight the building-sized one that eats your friend. 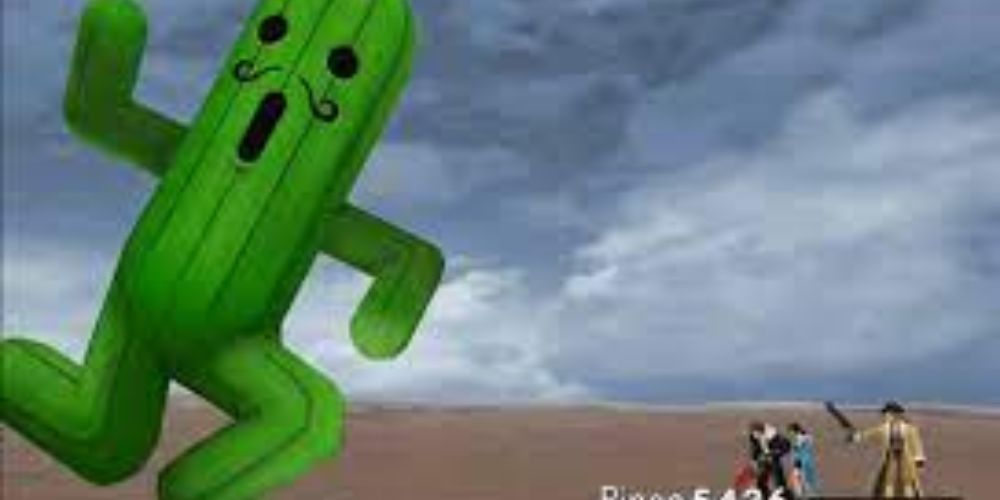 Cactaur are pretty odd looking, and kind of cute in a weird way, but they should not be taken lightly. Hard to hit and covered in spikes that make it a challenge to not get hurt yourself, these humanoid cacti are more than just a funny face.

Thankfully, they aren't often found throughout the series, and less so as an enemy element. But when they are, they pose a surprising challenge that players may not expect.

One of Umbrella Corporation's long list of bioweapons, Plant 43 is at first a rather normal plant, especially when compared to Umbrellas' more out-there experiments.

Created by injecting a plant with the mutating T-Virus, these large flowers killed and quickly reanimated the scientists that had created them. From there these Ivy-Zombies continued to attack anyone who entered the laboratories in which they now inhabited. Incredibly resilient, these zombies and the plant that spawned them are far deadlier than their average zombie counterpart. 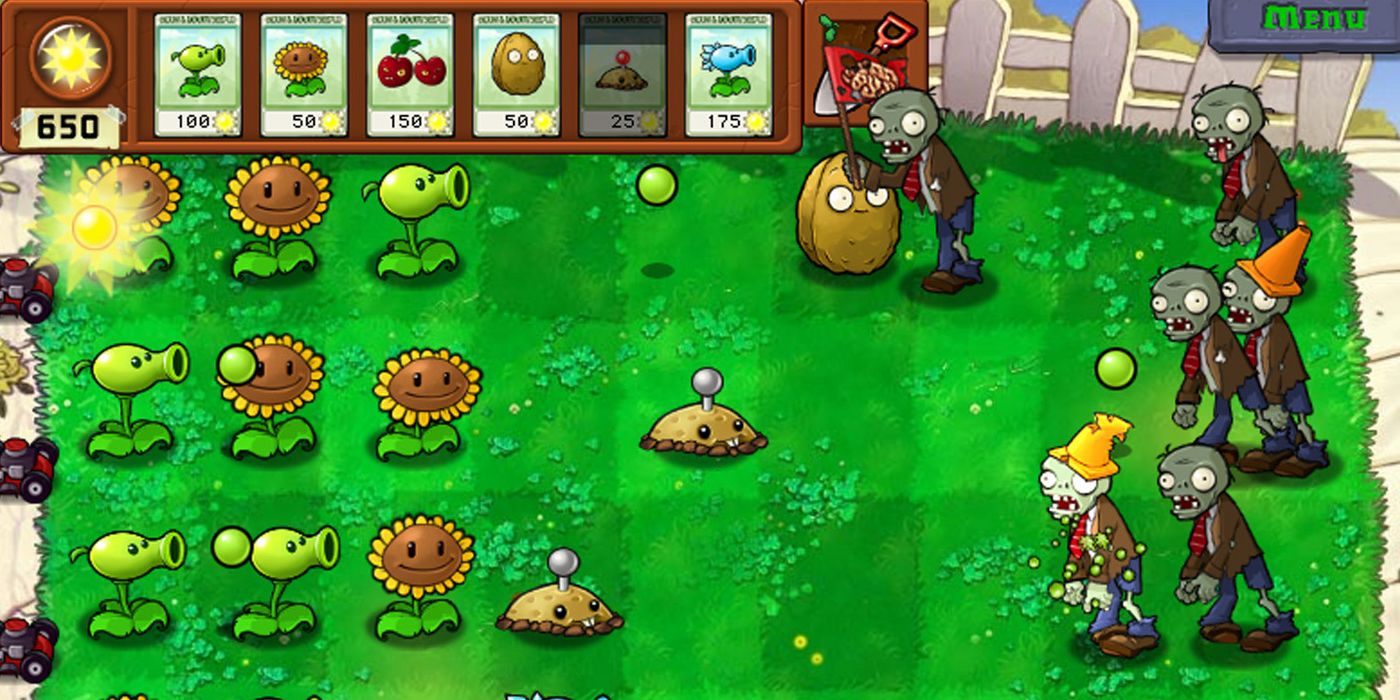 Your backyard's go-to weapon and protector. The Pea Shooter and its many varied forms have been knocking the heads clean off of zombies for years now. Dutifully shooting out peas at a steady pace, a line of these can make easy work of even the thickest horde.

Even when the zombies get "smart" and start donning buckets and cones for protection the Gatling Pea or Three-Shooter variants of this plant can keep up with the best of them. There's a reason they're the poster child of the Plants vs Zombies series. 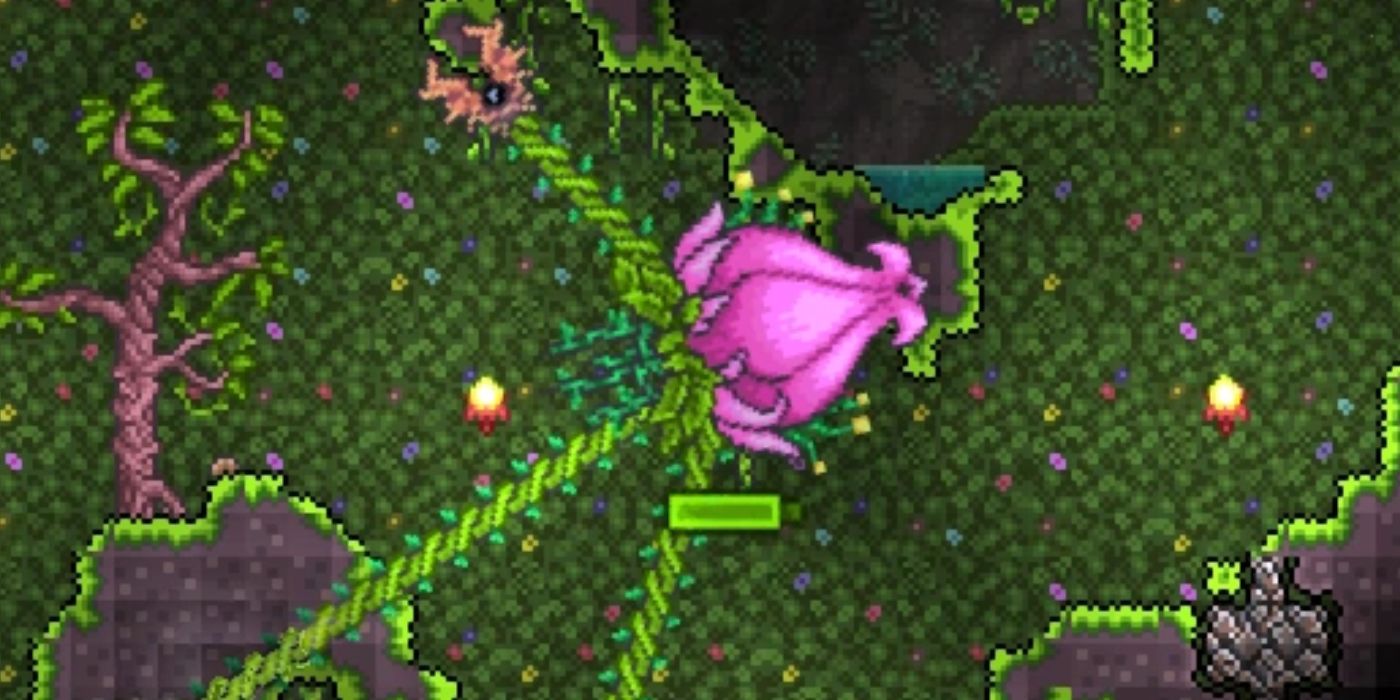 Found in the Underground Jungle level on hard-mode, Plantera is at first seemingly a less intimidating enemy in Terraria than some of the other bosses.

After the fight begins though, its position as a hard-mode boss is quickly established so bring your best guns. While slow moving, the two-stage fight, melee attacks with vines and thorny petals, and various ranged attacks all combine to be a formidable foe. Even after defeating it you won't get much rest as the surrounding jungle ups the anti in response and pumps out deadlier enemies. 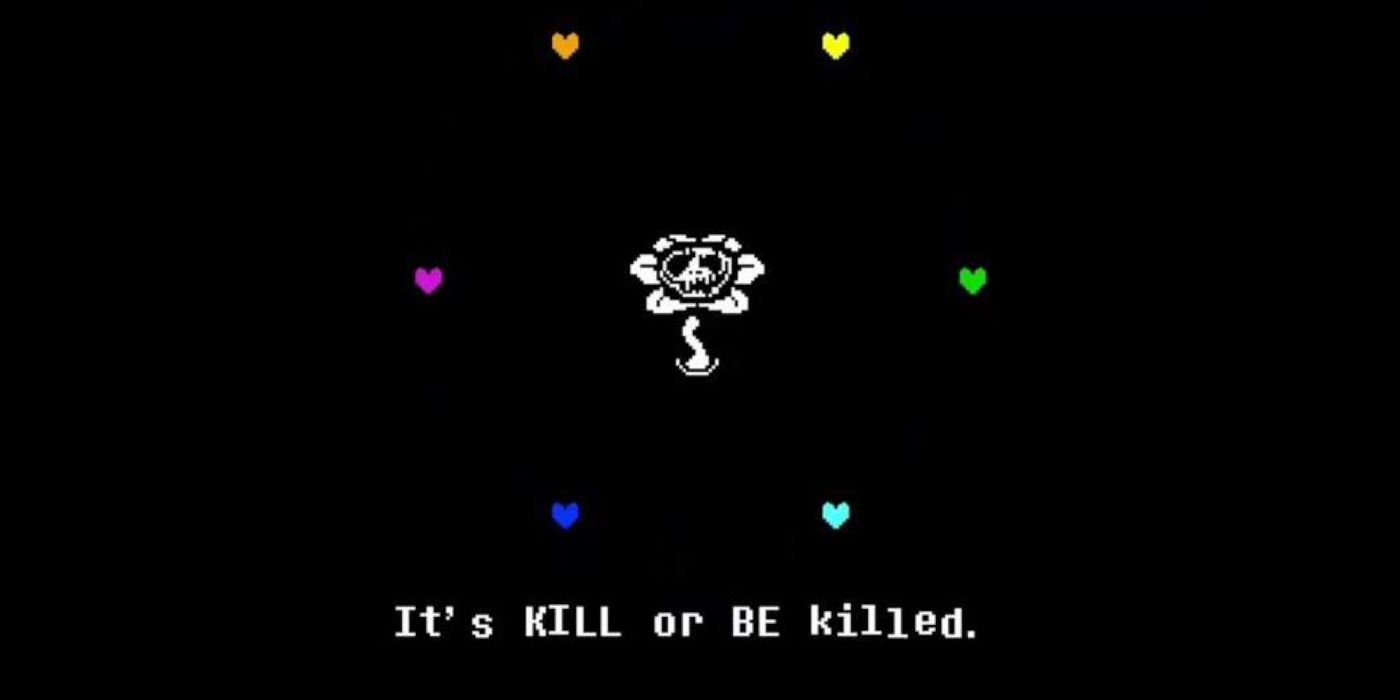 Don't let Flowey's smiling sunflower face and greeting of "Howdy" fool you. That's the face of a stone-cold killer. Once you find yourself opposed ideologically to Flowey he turns, calling you an "idiot" and spreading his actually quite fatal "friendliness pellets."

The more you resist Flowey and fight back against him, the more his mask slips, and the true killer plant before you is revealed. Whether you choose to spare him or not at the end of the battle is up to you, but consider if he would have spared you if it was the other way around. 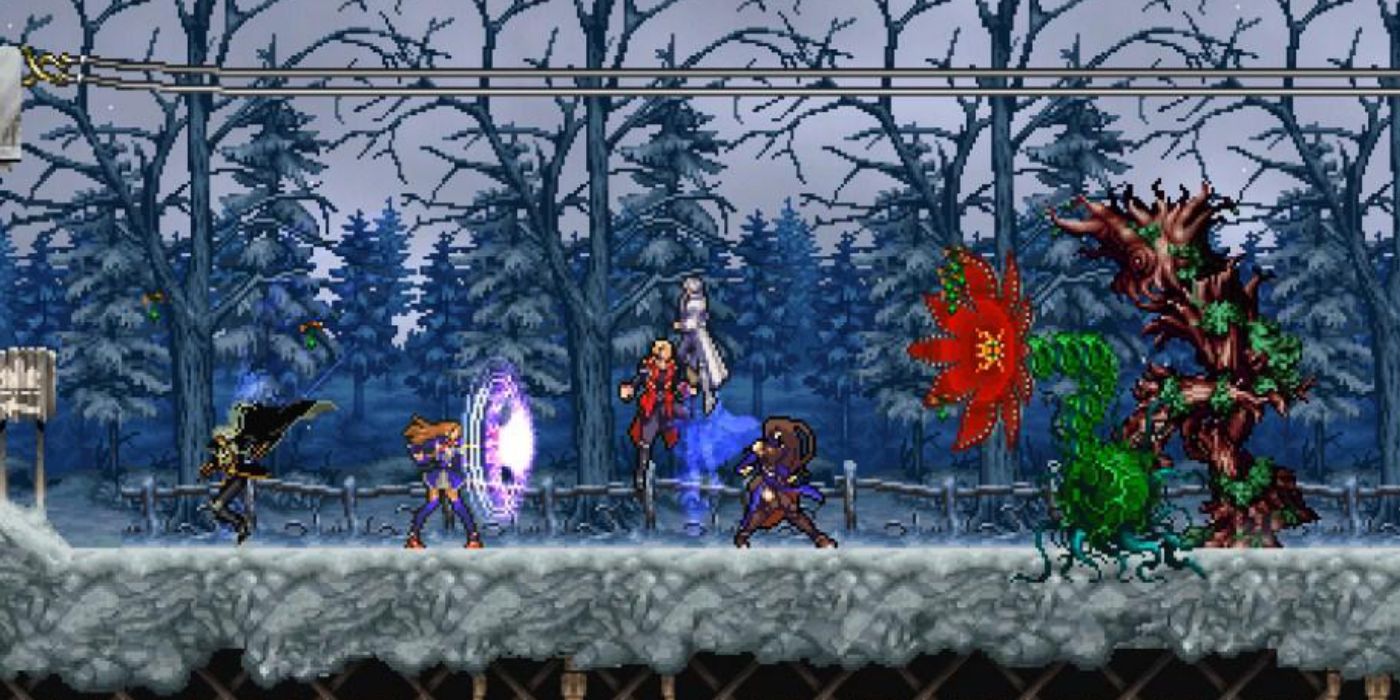 The Castlevania games are known for having some great and wildly varied monster designs. Their Man-Eater plants are no exception.

Usually attacking at range with some sort of poisonous or fiery emission, they are found throughout Dracula's castle and the surrounding areas. They have taken up eating people as a source of nutrients, which is obviously working well for them, looking at their size. 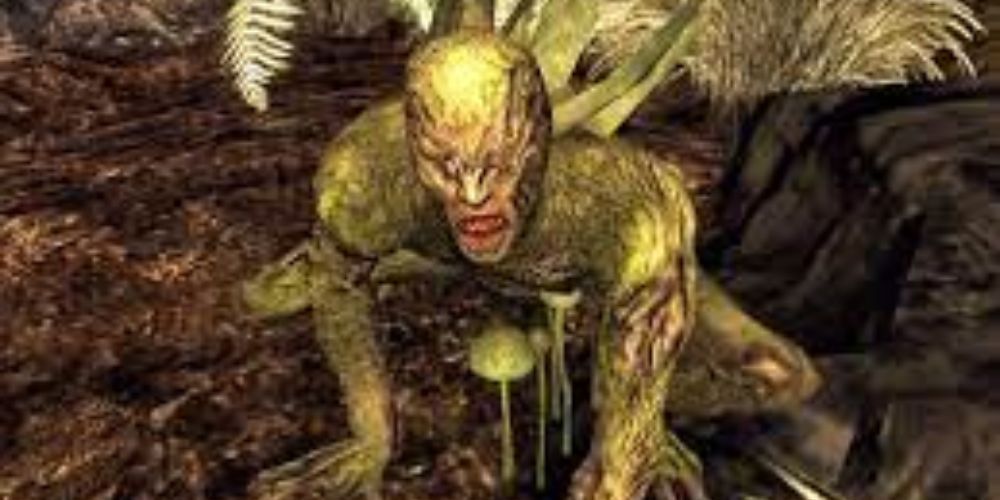 Each vault in the Fallout series has something wicked and usually deadly to find inside. It is especially worrisome when walking up to Vault 22, a lush a thriving oasis among the dunes of the Mojave Wasteland.

What can be found inside is no surprise to longtime Fallout fans. Experiments that have turned normal foliage deadly, with the prime specimen being the Spore Carrier. These vicious creatures are reminiscent of the creepy Trogs of Fallout 3 but are actually a plant-human hybrid. It takes one rake from these things' claws to realize that they are not to be messed with. 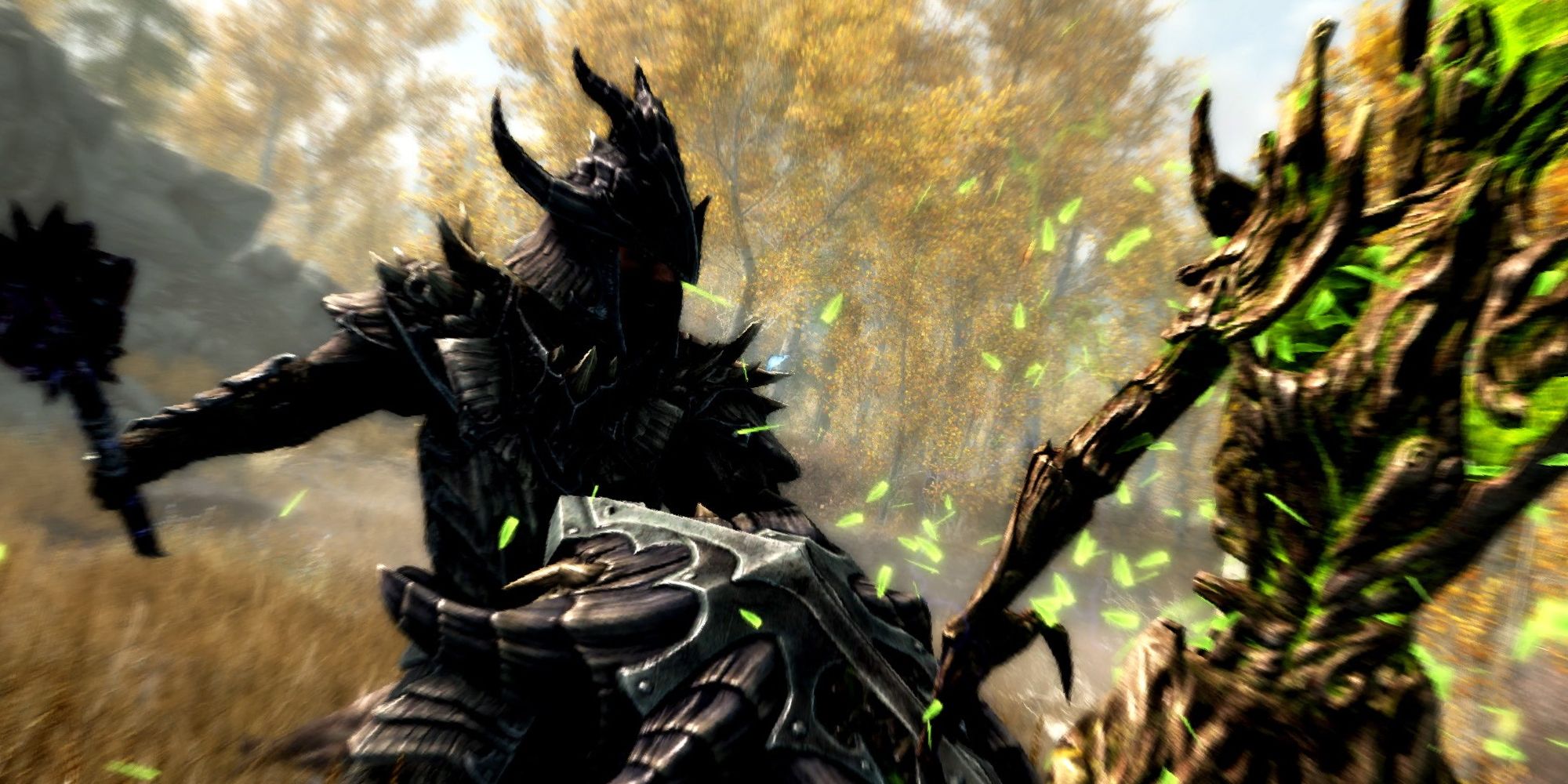 While roaming across the open plains and verdant forests of Skyrim you may be taken by surprise when one of these crosses your path.

A living embodiment of nature, and its staunch protector, Spriggans are found across Skyrim's beautiful landscape. While they don't seem to bother the animals that inhabit these forests, they will readily attack anything else that wanders into the area. Their knotted limbs and swarms of bees that they send at you can quickly bring your health down if underestimated. 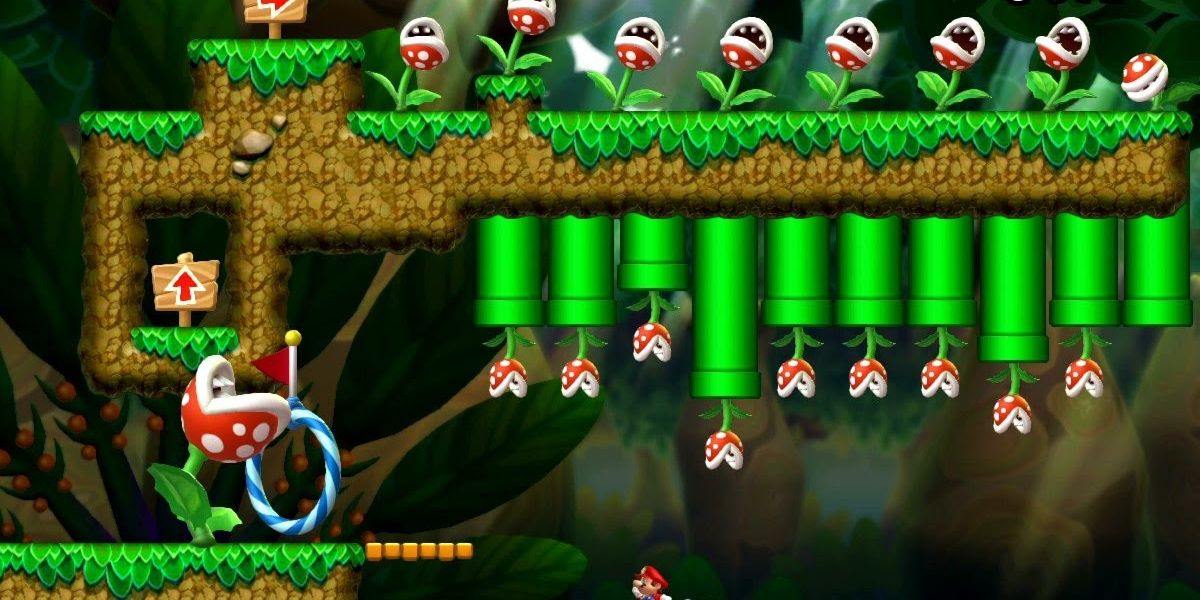 You're for sure to have seen if not run across these hungry plants in your lives. Whether it be a childhood memory now fully ingrained in your brain or a recent struggle in one of the newer Super Mario games, the Piranha Plant has always been a fearsome foe.

They always seem like seemingly normal green pipes until that toothy grin pops out of it and makes you second guess that most recent jump. The saving grace is they're rooted in place.