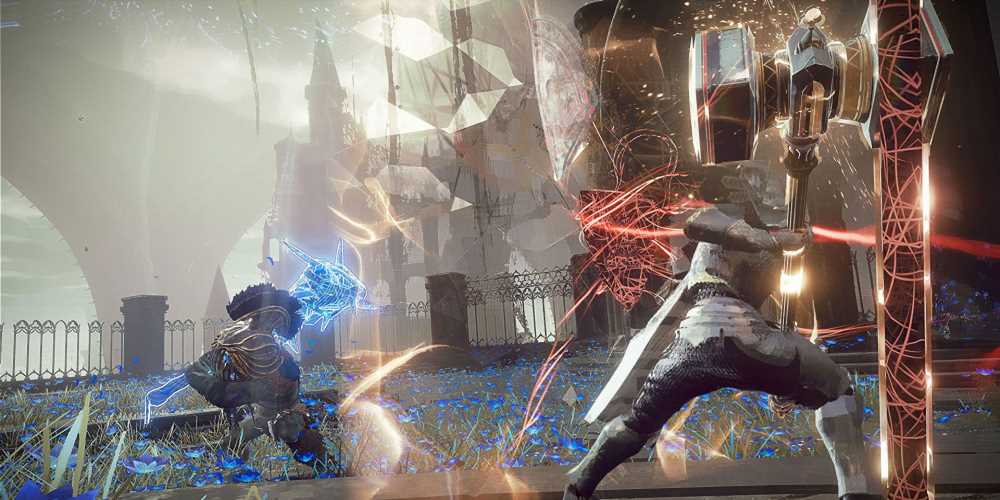 PlatinumGames has said that Babylon's Fall is borrowing assets from Final Fantasy 14, including gear and emotes.

Babylon's Fall just entered the third phase of its closed alpha beta test, with more players getting their hands on the game. Some of those players noticed that there were some striking similarities between the gear in Babylon's Fall and Final Fantasy 14, as well as some emotes looking the same.

As it turns out, there's a good reason for that – Babylon's Fall is borrowing assets from Final Fantasy 14. Platinum Games responded to the questions from fans with a blog post on the game's website titled, "Gear Assets Provided By Final Fantasy XIV".

Yosuke Saito, producer of Babylon's Fall said, "We would like to address some of the concerns about the visual appearance of gear in Babylon's Fall, which were pointed out by participants during Phase 3 of the Closed Beta Test… to get straight to the point: yes, Babylon's Fall contains gear and emote data borrowed from Final Fantasy 14."

Saito continued, "When I gave my Babylon's Fall presentation at a company meeting, Final Fantasy 14 Producer & Director Naoki Yoshida was also in attendance and offered his help, to which I replied, “Yes, please!” This is how the plan came to fruition. We then carefully implemented the data while closely coordinating with the Final Fantasy 14 team. By borrowing data, we’ve been able to implement a much wider variety of gear and emotes in the game than we’d originally planned."

The statement ends by clarifying that the visuals are likely to change, "Just to be clear though, the visuals of most of the gear that players aim to obtain in-game are unique to Babylon's Fall. The data borrowed from Final Fantasy 14 was used for gear from the introduction to mid-level range of the game, which is why they were so prevalent in the Closed Beta Test."