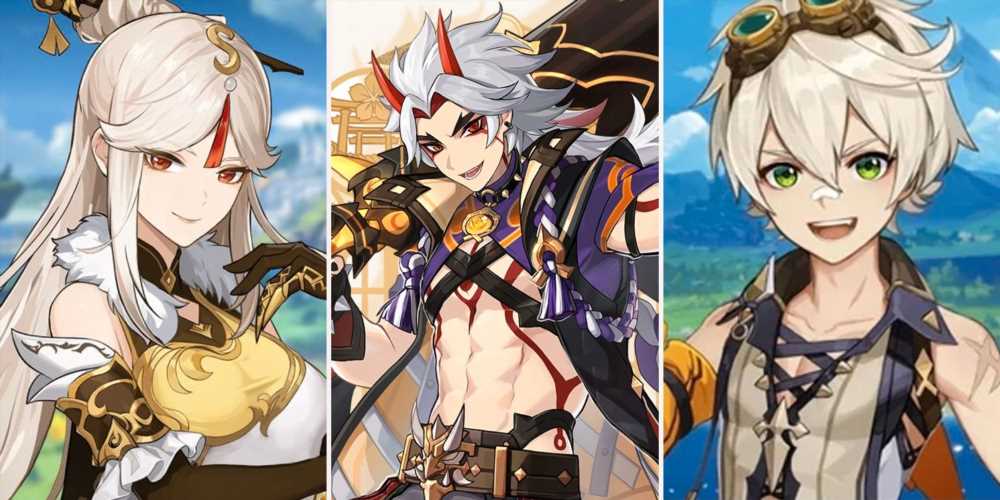 When it comes to building a team around Arataki Itto it's important to understand that he'll function as the main DPS unit for the group. This is thanks in large part to his ability with a claymore and the fact that his damage is boosted based on his defense.

The list of characters that best fit by his side isn't a very long one, but finding the proper fits will lead to the highest amount of success in Genshin Impact if you plan to use this geo element wielder. There are optimal choices for the team and secondary choices, but with a free-to-play gacha game like Genshin Impact it almost always comes down to who you have at your disposal. 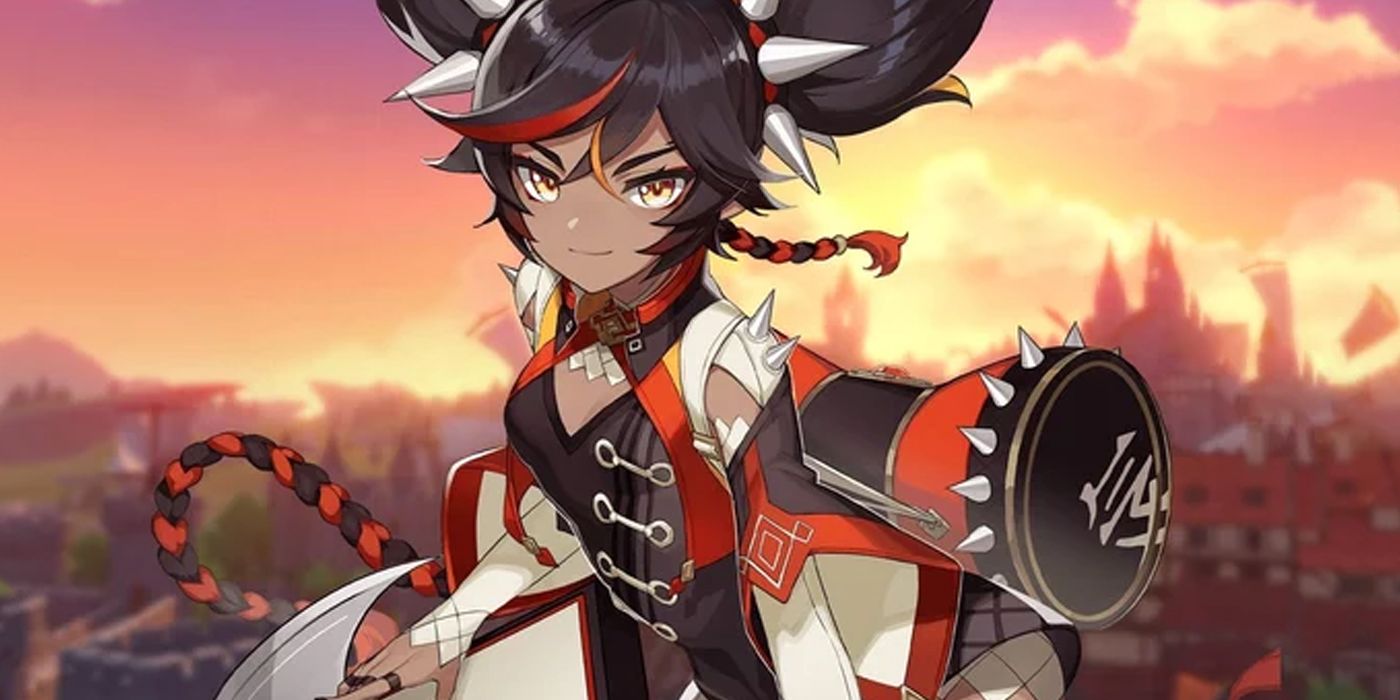 We'll start with the second choice for the key roles on the team and the second-best choice when it comes to the battery of the team. This honor goes to Xinyan, who uses pyro claymores that match her metal punk aesthetic. In terms of team fit, Arataki Itto can help make her shields stronger as she provides damage as the non-geo user of the group.

She may not be as great of a fit for the team as the main choice for battery, Raiden Shogun, but Xinyan holds her own alongside Itto. Even the smallest amount of synergy can go a long way in making a team in Genshin Impact functional and effective. 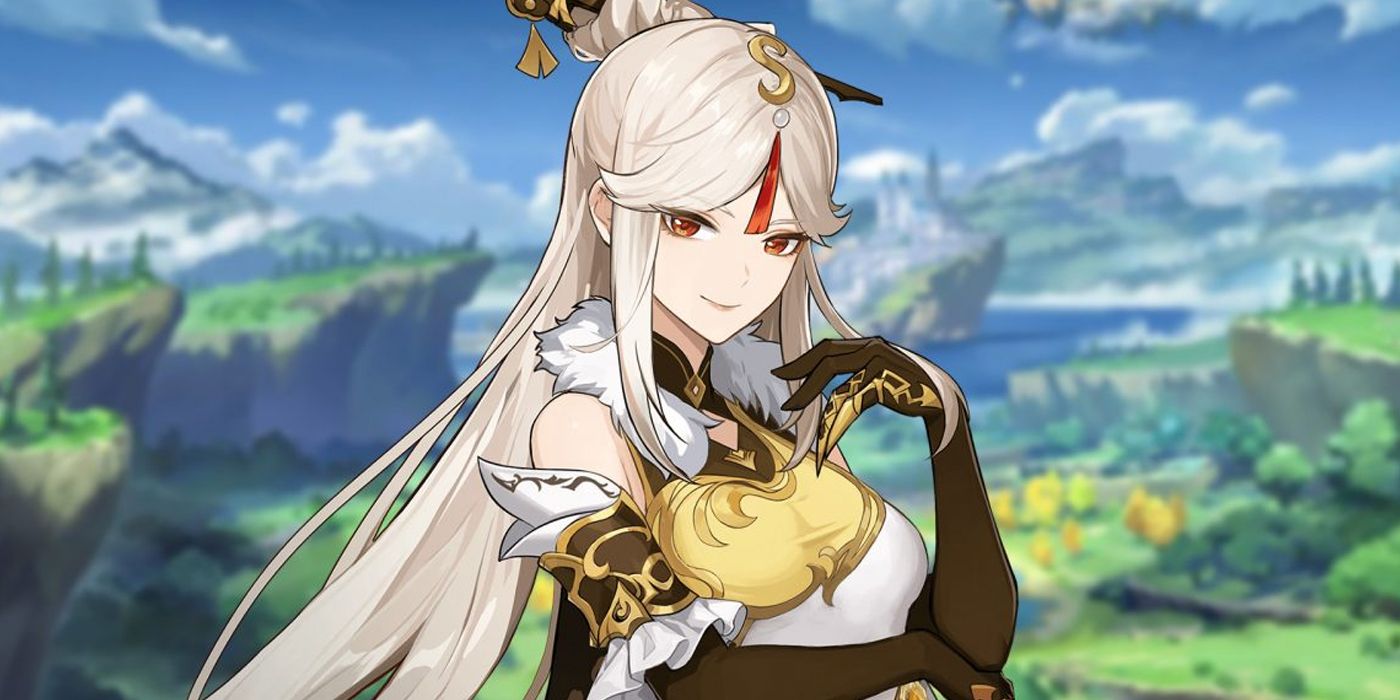 As a sub-DPS, the most important thing this role can provide is damage that comes easy and often. Luckily Ningguang fits that mold quite nicely as she comes equipped with consistent powerful auto attacks that work hand in hand with both her elemental skill and burst which rely on the element Geo.

This element synergy with Itto means that Ningguang can take advantage of the Geo user buff Itto provides after using Royal Descent: Behold, Itto the Evil! Every team member whose element is Geo will see a 1.5-second cooldown to their skill. This applies to every other Geo user on this list. If needed Ningguang can also function as a battery for the geo-focused team, especially with high constellations. So plan accordingly based on this information. 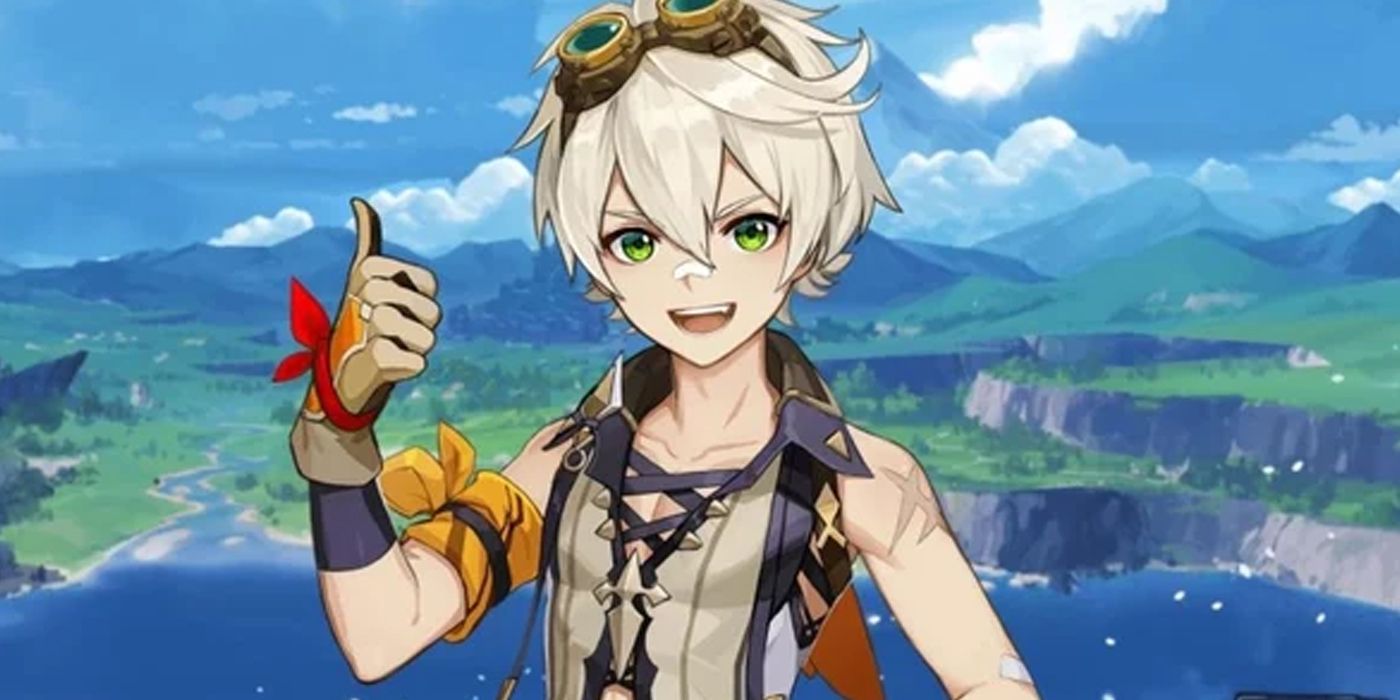 At first glance, Bennett doesn't seem like the typical support character, and that's because he isn't that at all. His Elemental Burst heals the team when used, but also provides a buff that scales and is based on his base attack which is a combination of both his weapon and level. This means that building him to function as a DPS character of sorts makes him a better healer and support character.

It may be hard to fully understand and utilize at first, but the more it starts to click the more interesting he becomes as a potential team member for Arataki Itto. Genshin Impact, if it had a weakness, would be that the game can sometimes feel repetitive. Bennett provides a different experience which in turn can make the act of playing a lot more entertaining and enjoyable. 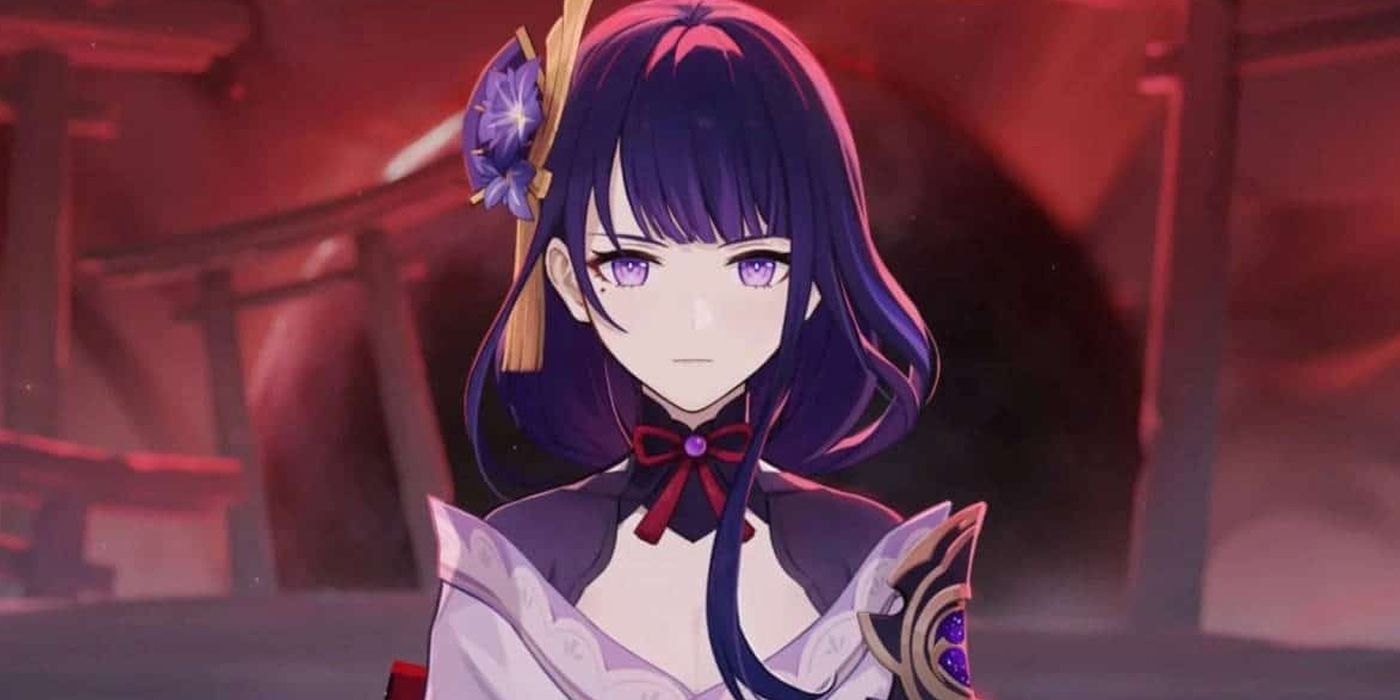 Raiden Shogun is recommended for Arataki Itto's ultimate team lineup, and you could argue that she's the most important. Characters who function as the team's primary battery are tasked with dishing out plenty of energy. The neat thing is that though Raiden is the primary battery, if Albedo is on the team she's not the only one, in addition to that she can also step in and function as a secondary DPS if needed.

Her Elemental Burst attack showcases her versatility as it dishes out tons of damage to the enemy, but at the same time, it provides an energy recovery for her teammates. It also doesn't hurt that her design makes her feel like a character straight out of the hit anime Demon Slayer. This makes her a worthy choice on that fact alone. 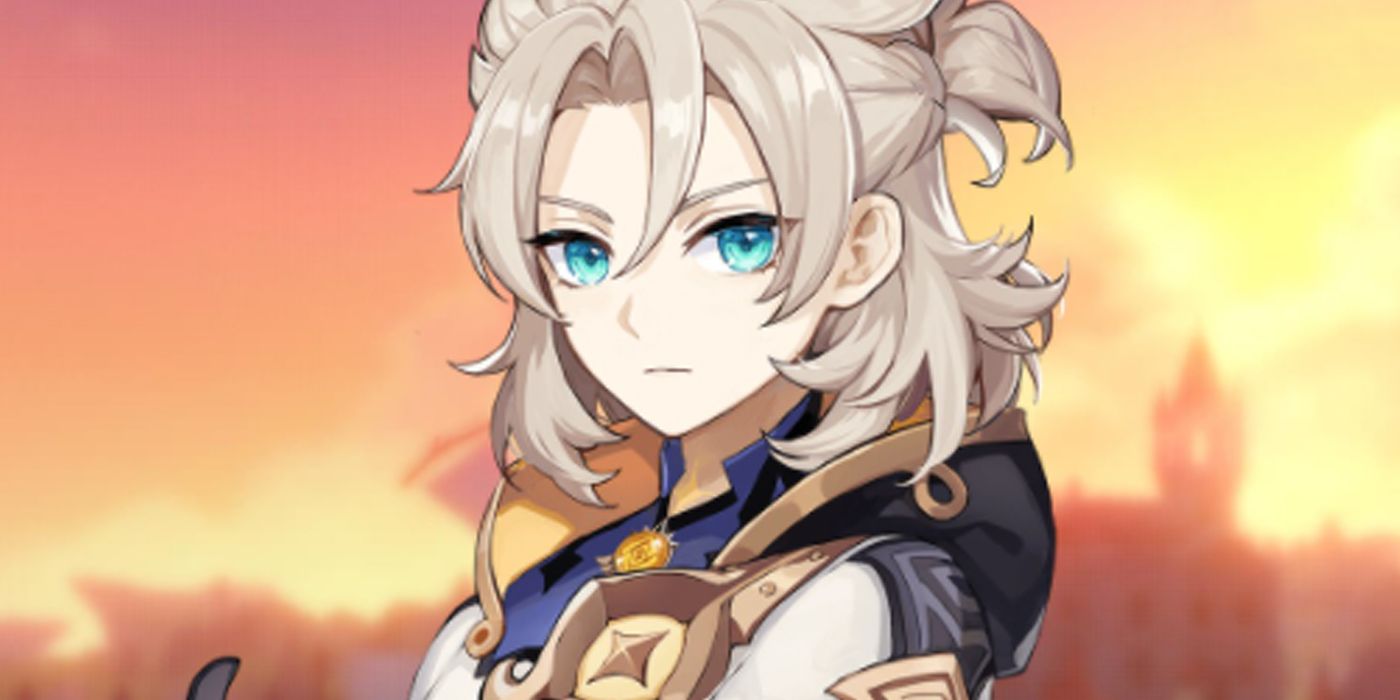 Albedo will serve as the sub-DPS on the team and serves as the geo element battery for the team. He also happens to scale on defense which isn't too dissimilar to how Arataki Itto functions.

Albedo's area of effect attack called Flower Explosion will pulsate once detonated and provide geo-energy to other characters in the area, which means that he can provide a damage source while at the same time functioning as a supporting character for everyone else. The flower that explodes from this attack is what scales alongside Albedo's defense. 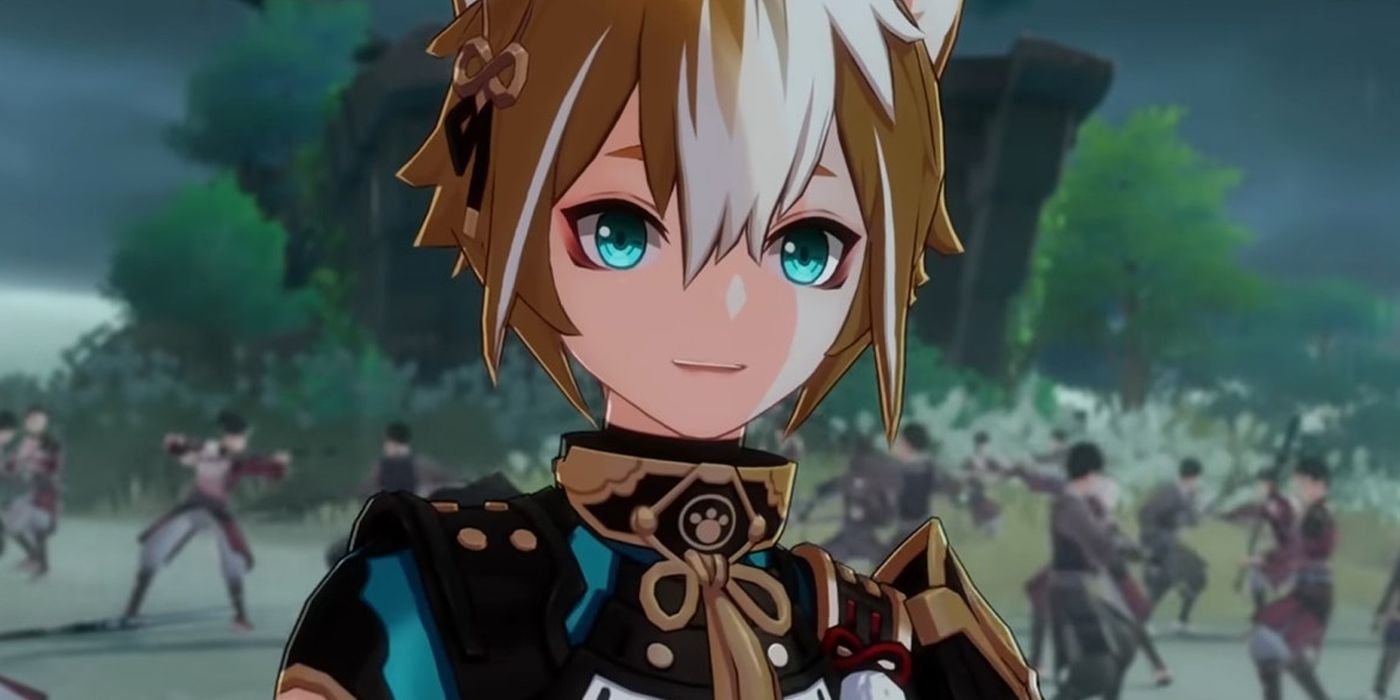 When it comes to the support unit of the team the number one choice has to be Gorou since he's very similar to Arataki Itto in several ways. First, he also happens to be a geo element user, but instead of claymores, he uses bows. He provides defense and geo damage bonuses meaning he is a perfect teammate for Itto.

By boosting Itto's defense, he also buffs the character's damage, which is in addition to the geo damage boost he's already providing. The synergy between the two is unreal and it's clear they were both designed to share the same roster.