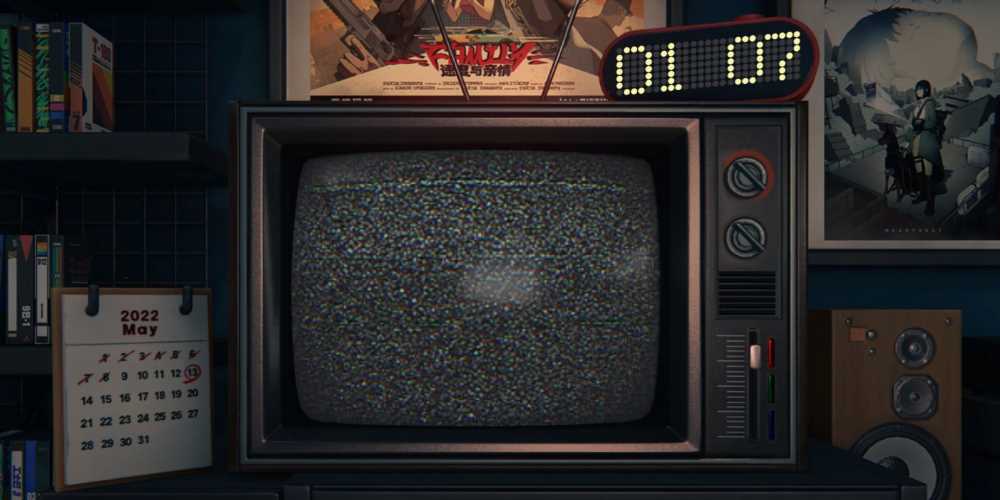 HoYoverse, the newly rebranded developer behind miHoYo’s Genshin Impact, has teased its next project. A new teaser website from the developer is counting down until the reveal of this new game, Zenless Zone Zero. Luckily, fans will not have to wait long to find out what this new title is all about as the countdown is set for May 13. Until then, viewers can check out two exclusive, and rather mysterious, teaser videos.

The game’s website is a simple one, featuring only a retro television set stuck on a static channel. There is also a digital clock atop the TV set and a calendar to the side with May 13 circled in red. The background for the video looks like your average 80’s basement with a shelf full of VHS tapes, a stereo speaker, and a few posters on the wall. While the site feels pretty straightforward, users can actually click on the television’s dials. Doing this will trigger one of two secret videos to begin playing.

One of the videos focuses more on audio instead of visuals. While the static continues to fill the screen, there are occasional flashes of hard-to-make-out images. Meanwhile, an ominous voice is heard discussing rather peculiar topics like the end of the world and being reborn. While this doesn’t make a lot of sense, or give anything away concerning Zenless Zone Zero, that is likely the point. After all, the more mysterious something is, the more intrigued people tend to be.

Meanwhile, the second video that will play on the TV does give a little more context. The scrambled screen is cleared up to show a “Breaking News” screen. The image shows a cityscape at night and behind the tall buildings is a ginormous black hole of some kind. Accompanying the image is a news report that discusses a “Sub-Hollow” that has suddenly appeared in the city quarters. This sudden appearance has forced a “level two control zone” over the area with residents being evacuated. While a black hole-like sphere would come as a shock to anyone, it sounds like the world of this video game expects, and is prepared for, such a phenomenon.

Zenless Zone Zero sure is a mystery, but if it is anything like Genshin Impact then it will be quite the ride.