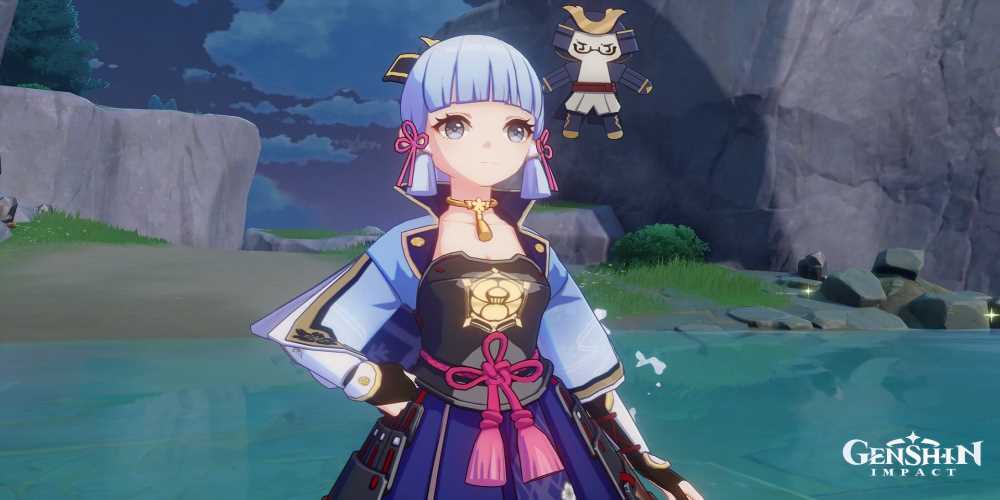 Kamisato Ayaka, the Cryo Sword user from Inazuma, was one of the most long-awaited and least controversial characters in Genshin Impact history. Despite leaks of her kit appearing as far back as the game’s first beta and numerous adjustments before her official release, Ayaka has been met with nothing but acclaim ever since.

This praise is certainly warranted, as Ayaka continues to be one of Genshin Impact’s premier DPS characters. She's the cornerstone of some of the game’s strongest team compositions, and the simplicity of her gameplay allows anyone to utilize her effectively. Even though she's far from Genshin Impact’s most intricate character, there are still a few tricks and nuances that will let you bring out Ayaka’s icy potential. Let’s get into them.

Pair Ayaka With A Hydro Teammate 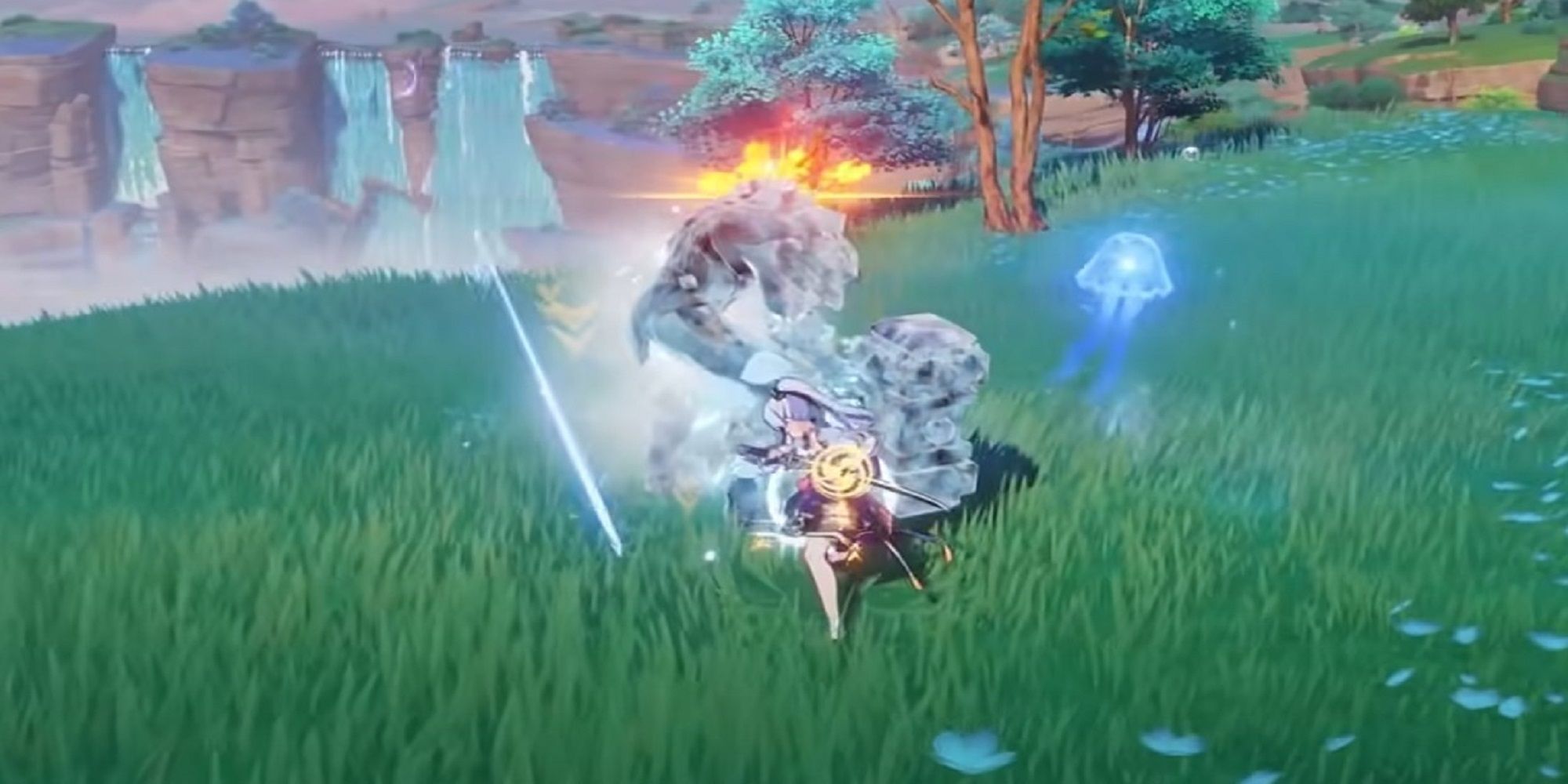 Freeze teams in Genshin Impact are inherently strong due to their ability to lock multiple enemies in place. Not only does this offer defensive utility, since the enemies can’t attack you while Frozen, but it also lets you easily gather all your foes for swift AoE takedowns.

Ayaka is perfectly suited for Freeze compositions thanks to her 100 percent Cryo DMG uptime, but she needs to be paired with a Hydro character in order to cause the Elemental Reaction. Kokomi works great for AoE Hydro application and healing, Xingqiu offers high single-target damage, Mona can boost Ayaka’s own damage through her Omen debuff, and even Barbara’s Skill can reliably Freeze enemies when Ayaka dashes into them. Pick whichever Hydro support you enjoy the most, and enjoy ushering in a new Ice Age.

Give Ayaka A Cryo Battery 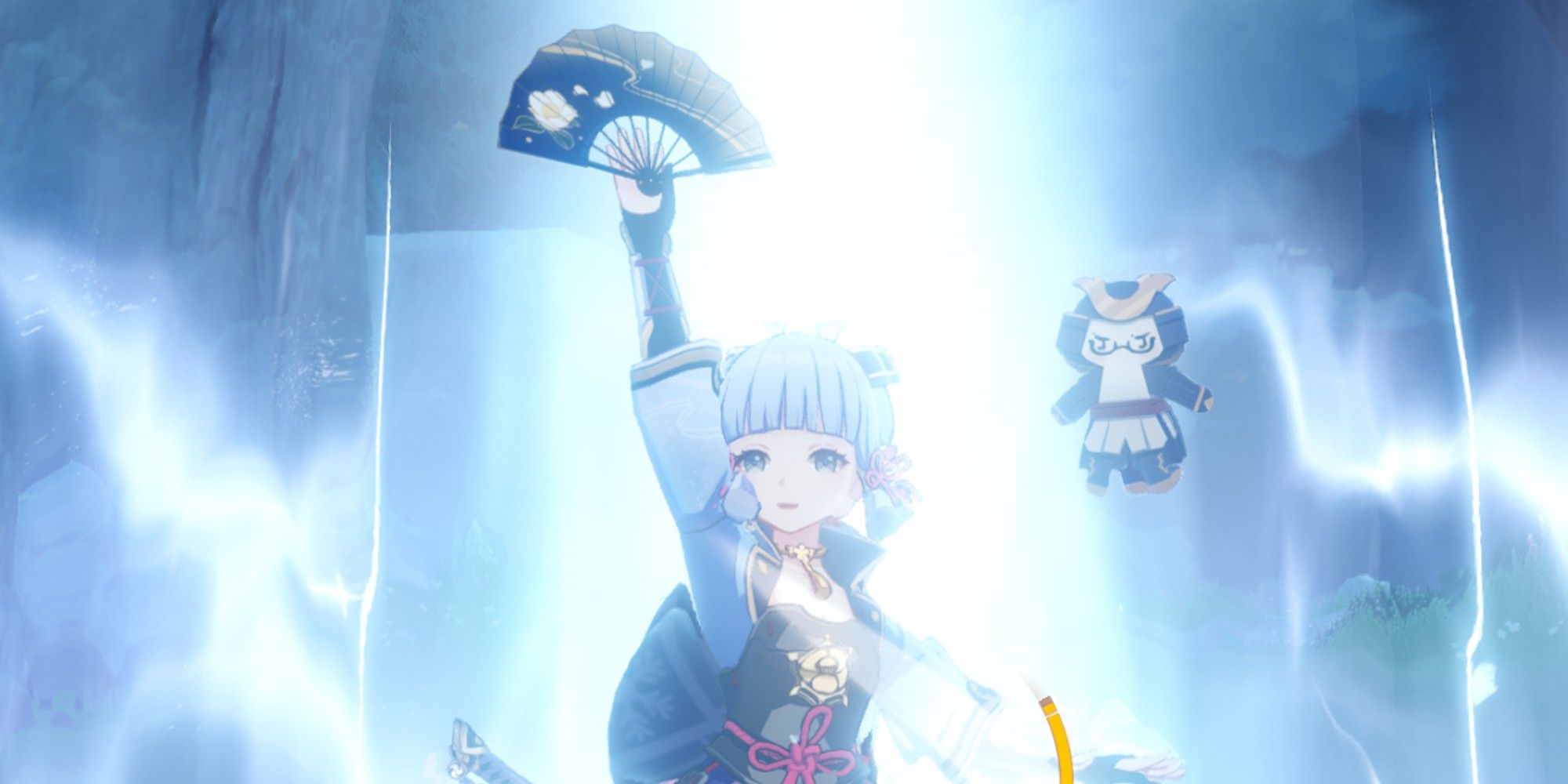 Ayaka’s Burst is one of the strongest single abilities in the game, so naturally, you want to be able to use it as soon as it comes off cooldown. Unfortunately, Ayaka’s Energy generation is not the highest, with her infrequent Skill being her primary source of Cryo Particles.

Using another Cryo character to act as a Cryo 'battery' for Ayaka is a skillful way to solve this problem. Simply use a Skill on the battery character and then immediately swap to Ayaka, so she can pick up the Particles. This will recharge her Burst and make it available to use again more quickly.

Diona, Kaeya, and Rosaria are likely to be your best choices for a Cryo battery, depending on whether you want more healing or more damage for your team. Shenhe is another fantastic support for Ayaka, but only in terms of ATK buffing—Shenhe doesn’t generate many Particles either, so you’ll still want a Cryo battery in a team with her and Ayaka. 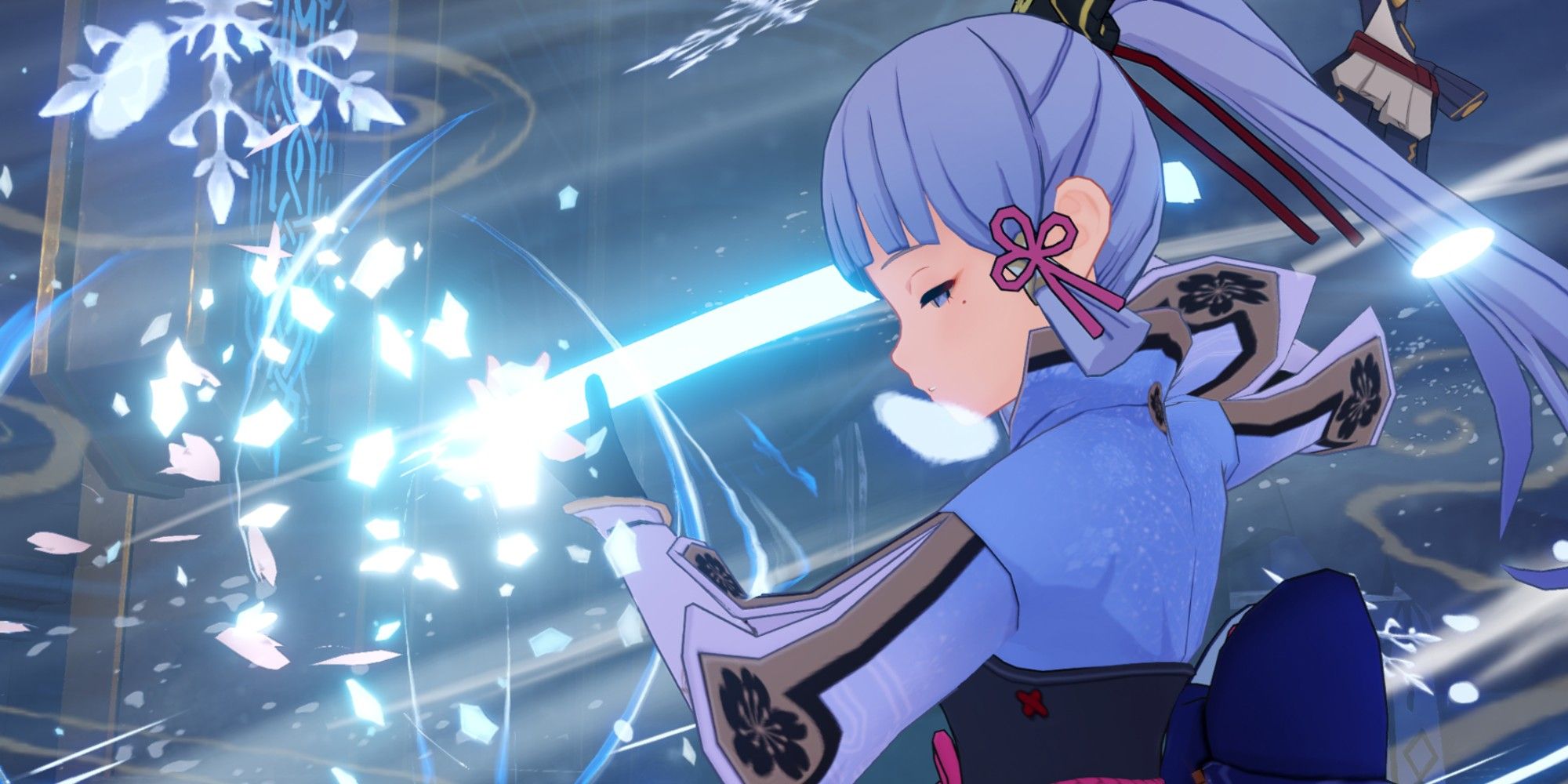 Thanks to the Crit Rate gained from the Cryo Resonance and the Blizzard Strayer Artifact sets (both of which Ayaka should almost always be using), Ayaka is a DPS character that can lean heavily into Crit DMG when building her stats.

Being able to index so deeply into Crit DMG with her Artifact stats, while maintaining a high Crit Rate through other means, is part of what makes Ayaka so powerful. The higher you can raise her Crit DMG, the better, but try to shoot for at least 200 percent. 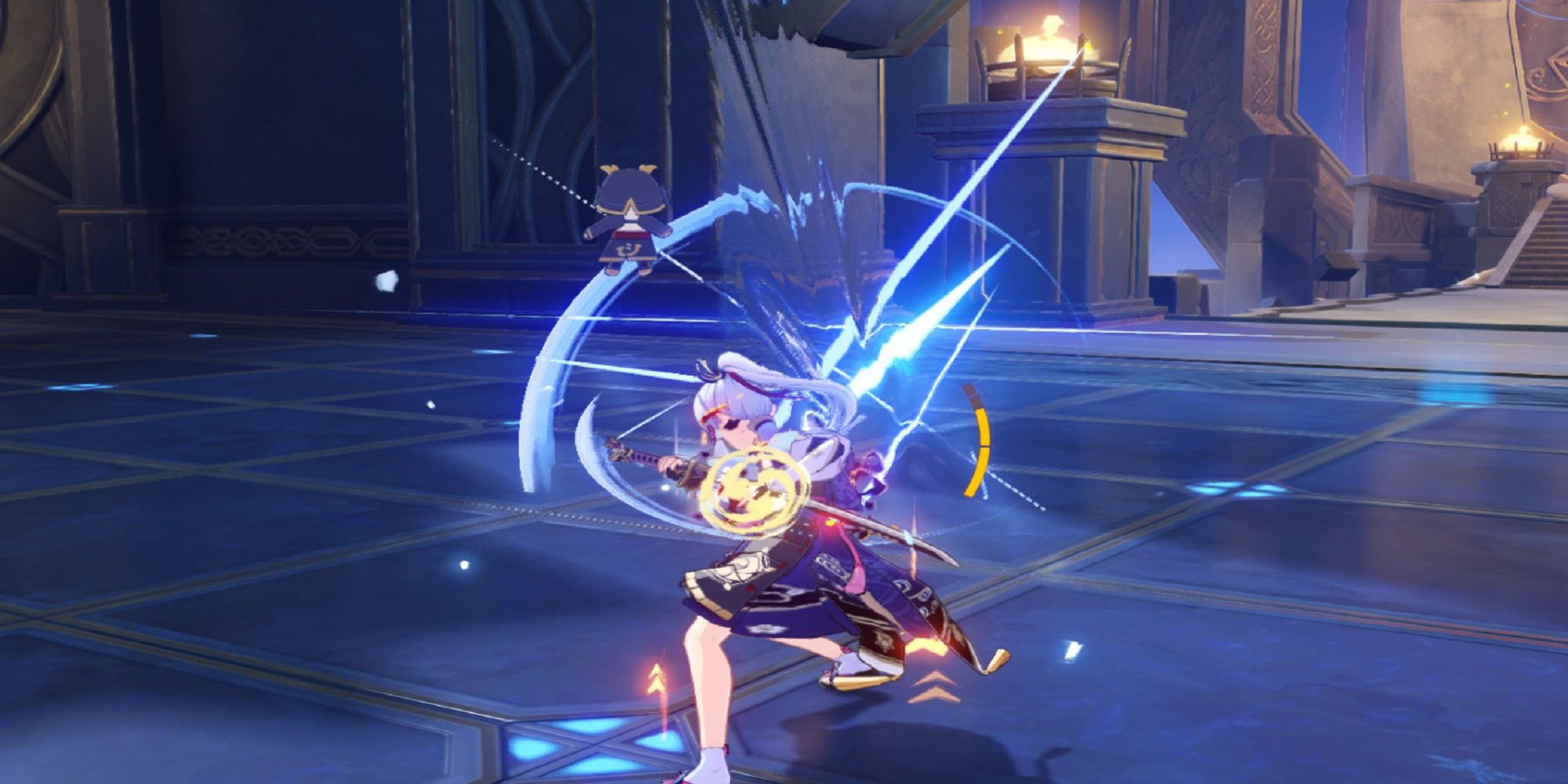 While Ayaka’s Normal Attacks are impressive on their own, her Charged Attack is incredibly potent and useful as well. It strikes three times in the blink of an eye and only costs 20 Stamina, which is a relatively low cost for the damage it puts out.

Not only is this ability great for dealing with groups of enemies, but it has a slight auto-aim effect that allows you to reliably target enemies that would otherwise be out of Ayaka’s range. For enemies such as Specters, that can float annoyingly high above the ground, utilize Ayaka’s Charged Attack frequently to knock them down. 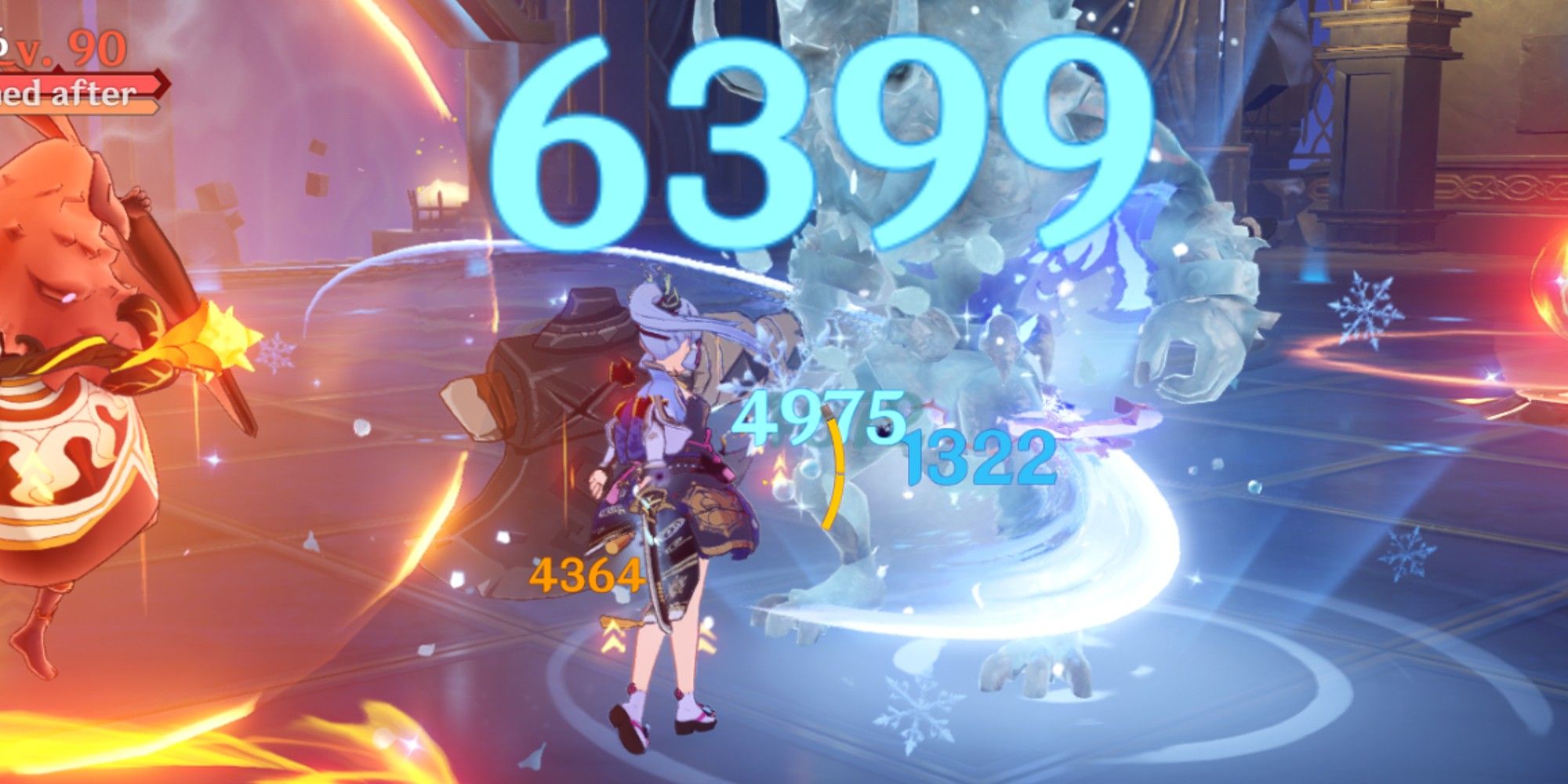 When it comes to enemies that are more within her reach, Ayaka has another effective tool to ice ‘em and slice ‘em. You’ll likely be using Ayaka’s dash (Kamisato Art: Senho) frequently in order to dodge enemy attacks and infuse your sword with Cryo, but you should also try to ram into enemies when you exit the dash.

Doing so will not only apply Cryo to the opponent, but it will restore ten Stamina and grant Ayaka an extra 18 percent Cryo DMG Bonus for ten seconds. This is essentially a free power increase just for using your dash and staying close to an opponent, so take advantage of this mechanic as much as possible.

Let Ayaka See The World With You 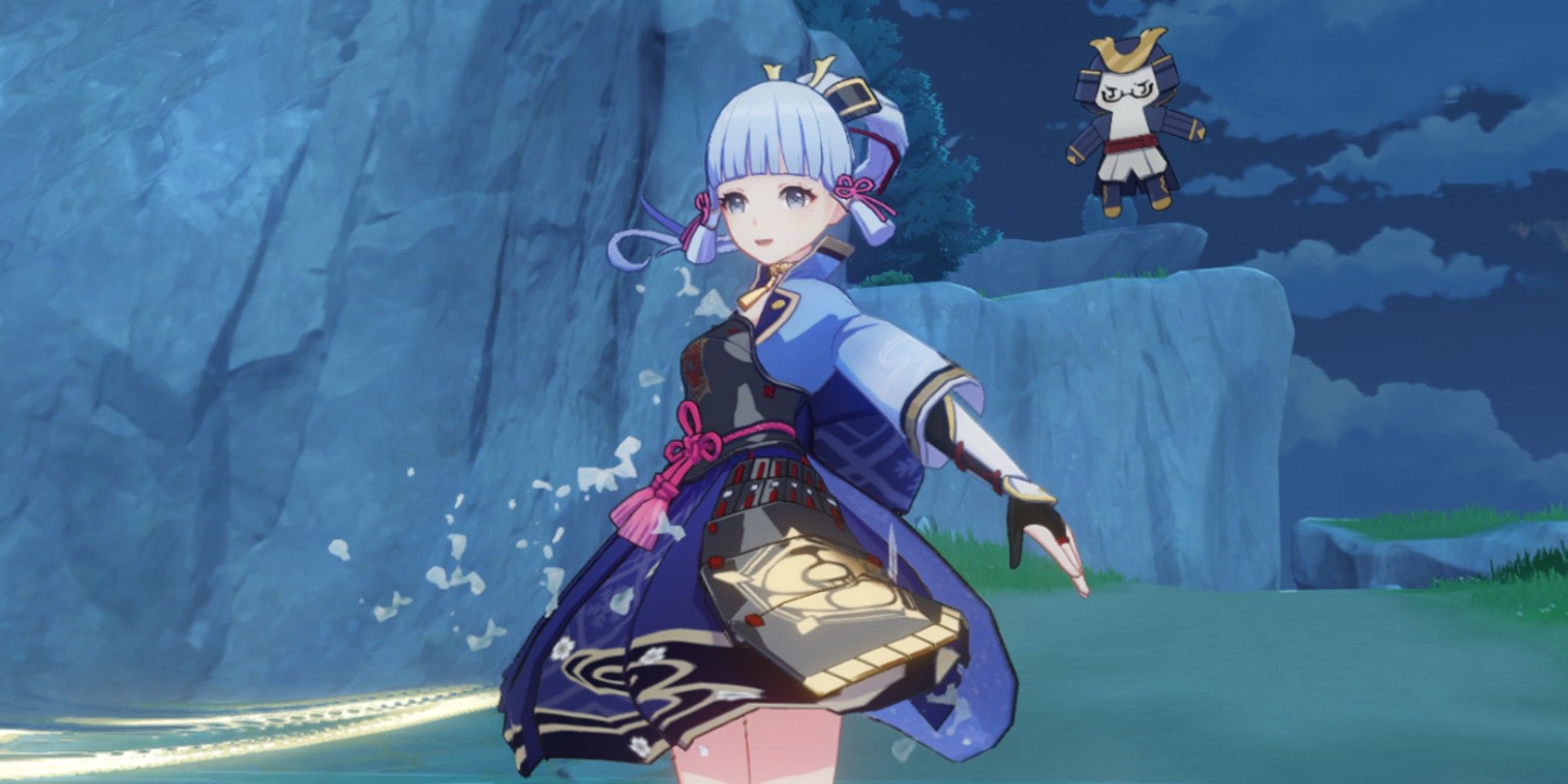 Though the battlefield is where Ayaka excels, consider putting her on your exploration team as you venture out into the expansive world of Teyvat. Ayaka’s Alternate Sprint travels noticeably faster than the running speed of most characters, and its ability to traverse water is often useful as well.

Even without relying on her Alternate Sprint, Ayaka is a master of the legendary “Ice Bridge” technique, whereby you can cross vast distances over water by freezing it with her attacks. This technique might be used more for fun than any practical purpose, but who knows, maybe it’ll let you get that one random Anemoculus out in the middle of the ocean.