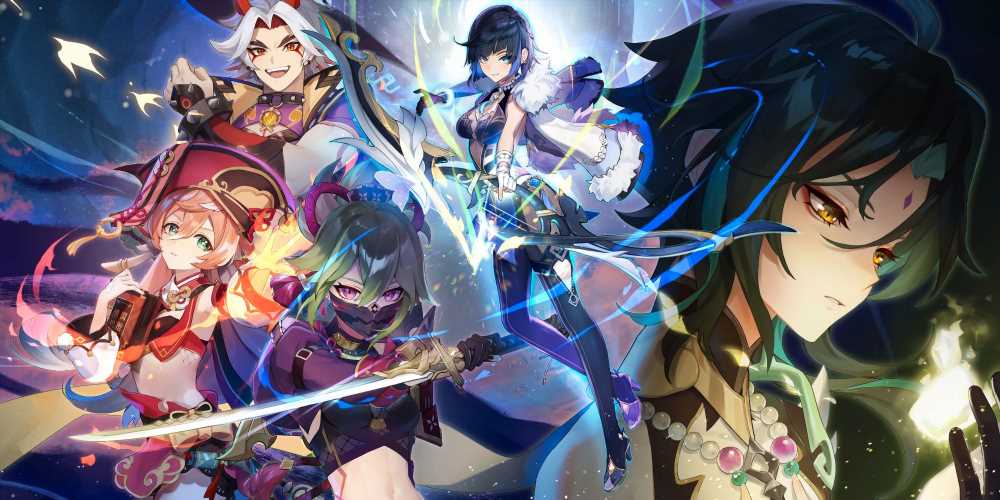 After a brief delay, Hoyoverse announced that Genshin Impact Version 2.7 Hidden Dreams In The Depths is now set to release on May 31 and run until July 13. Serenitea Pot placement will also be available once more when we move into version 2.7. The first banner will be new five-star bow user Yelan, alongside a Xiao re-run. This will be followed by an Aratakki Itto rerun. Kuki will also be available as a new four-star character during Itto's banner.

The trailer for version 2.7 is related to the Chasm and shows us glimpses of new characters Yelan and Kuki, as well as some familiar faces and what appears to be a new enemy. Threats are established, and there are a lot of new stories to explore in the area. These will take the form of challenge domains, a new Archon quest, and other events.

The new five-star character Yelan appears to be an agent who reports to Ningguang, helping her out with dangerous missions and keeping an eye on anyone who may threaten Liyue. She is a hydro DPS bow-user with a vast amount of agility. She can dart through enemies and deal AoE hydro damage. Those interested in her mysterious and unique backstory are in luck as she will also have a story quest to play through.

Four-star character Kuki Shinobu is part of the Arataki gang, often helping Itto and his team get out of trouble. She's the deputy leader and by far the most capable and reliable in the group. She's an electro sword user best used in a support role. She can sacrifice her own HP to heal others while dealing AoE damage. You'll find out more about her and the Arataki Gang in her hangout event set to be released in version 2.7.

The Archon quest chain is also continuing with Yelan, Kuki, Itto, and Xiao all being involved, and centers around The Chasm. This recently opened location is also the setting for the Perilous Trial event which comprises a series of challenge domains with unique rules, including limits on which characters can be used. Furthermore, A Muddy Bizzare Adventure event will also be located in The Chasm's mysterious depths.

Music lovers will likely enjoy a new rhythm event involving a Drumalong festival organized by the Arataki gang. A new calibration system will help with accuracy, and you'll also be able to create and share your very own drum songs. The final event is also combat-free and involves creating a toy robot by collecting items, assembling them, and making robotic items that can be placed in your Serenitea Pot.

Players can continue to log in and receive weekly compensation for the update delay and the Serenitea Pot maintenance each week until the end of the month.