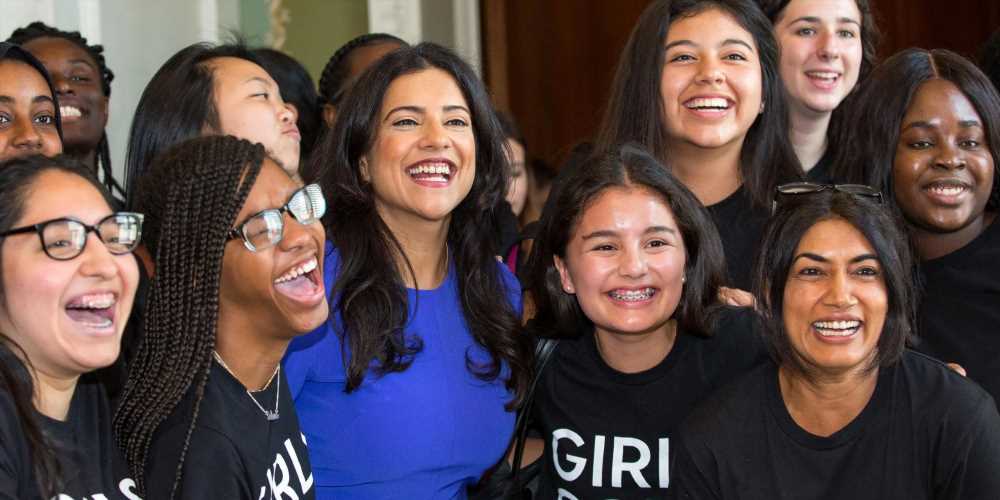 Girls Who Code and defense contractor Raytheon Technologies are teaming up to create the GWC Leadership Academy, a program that will match over 100 college students with mentors to help them get into technology-related fields.

For those unaware, Girls Who Code (GWC) is a nonprofit organization that encourages women to enter into tech fields. They run clubs for kids, summer programs that teach coding, and give out grants to high schoolers looking to get into technology-related programs at college and university. Raytheon is a defense contract that makes the Tomahawk cruise missile, the Javelin anti-tank missile, the Stinger shoulder-fired anti-air missile, and a host of other armaments used to deal out death and destruction.

As noted by Vice, Raytheon has donated to GWC since 2018, with last year's donation totaling $1 million USD. The GWC Leadership Academy launched August 30 as a four-month pilot program that includes meetings with peers at Raytheon.

GWC CEO Tarika Barretts sounded rather pleased with the partnership, saying, "We're overjoyed to partner closely with Raytheon Technologies on this pilot program and are excited by the opportunity to continue to provide students with the tools and confidence they need to make a difference."

The partnership has raised more than a few eyebrows on Twitter, with users wondering why a non-profit dedicated to increasing diversity in tech fields is working with a company that makes weapons of war. GamesIndustry.biz noted that most of the response has been disapproving, and this partnership continues to raise questions about the military industrial complex's involvement with the games industry (which partners heavily with Girls Who Code) as well as where the group draws its line on potential partners.