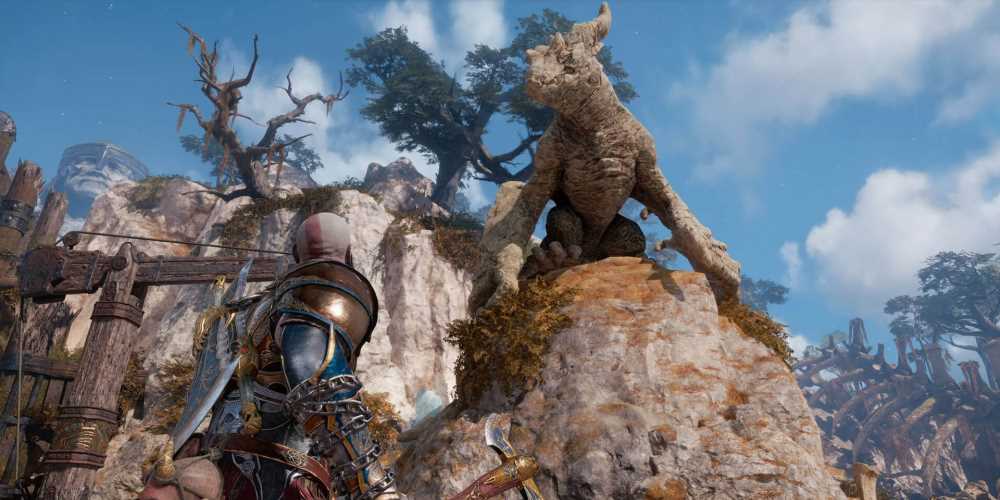 Over the course of your adventure in God of War Ragnarok, you may have come across a mysterious Relic called the "Mystical Heirloom." Since the item's description states that it "doesn't seem to have any practical application in combat," most of you will have probably shoved it in your back pocket and forgotten about it. However, lots of players are finally discovering what it's actually used for, and to say they've been missing out on a fair bit of content is an understatement.

Figruing that quite a few people probably still don't know about its true purpose, Redditor PlanktonPure9741shared a video of the Relic in action on the God of War subreddit, much to the amazement of many fans. The video shows Kratos in the Dwarven realm of Svartalfheim, on the same beach you find the skeleton of a large dragon and a large stone statue.

Kratos then walks up to a small stone statue of a dragon and activates the Mystcial Heirloom, bringing the statue to life and starting a boss fight with The Everlasting. It turns out that this Mystical Heirloom also activates several boss fights with large troll statues that you find dotted across certain realms, but it's the fight with the dragon that seems to have surprised most people. Who knew that in a game as massive as Ragnarok, Santa Monica still had time to tuck away almost half a dozen boss fights many of us would just unknowingly skip over.

If you've already moved on from God of War Ragnarok and are a little disappointed you missed out on all these fights, perhaps you could keep them in your mind for when the game's New Game Plus mode releases next year? Santa Monica Studio made the announcement earlier this week, revealing that the mode will launch at some point in Spring 2023. No further details were released, but we can probably expect a meaty update judging from New Game Plus modes in other PlayStation titles.