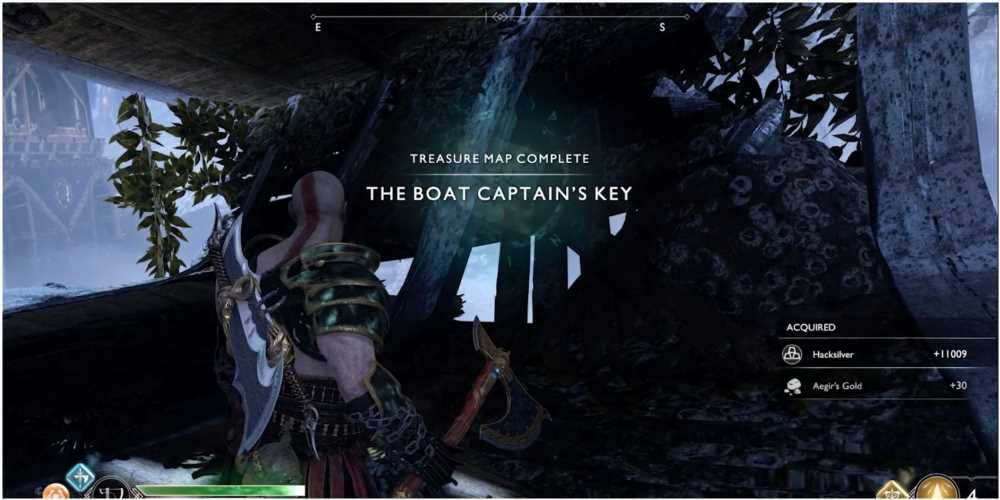 There are plenty of collectibles in God of War. Some give loot when you acquire them, while some do not. Treasures are definitely among GoW's more worthwhile collectibles — they're buried in different locations and provide materials, money, and enchantments to players who find them.

Of the 12 treasures (and associated maps you'll need in order to find them) in the game, most are pretty easy to find. However, you will have to complete Brok or Sindri’s favors for some — accepting their favors will allow you to access previously inaccessible areas. Here's where to find the Boat Captain's Key map, as well as the treasure it leads to.

Where To Find The Boat Captain’s Key Treasure Map 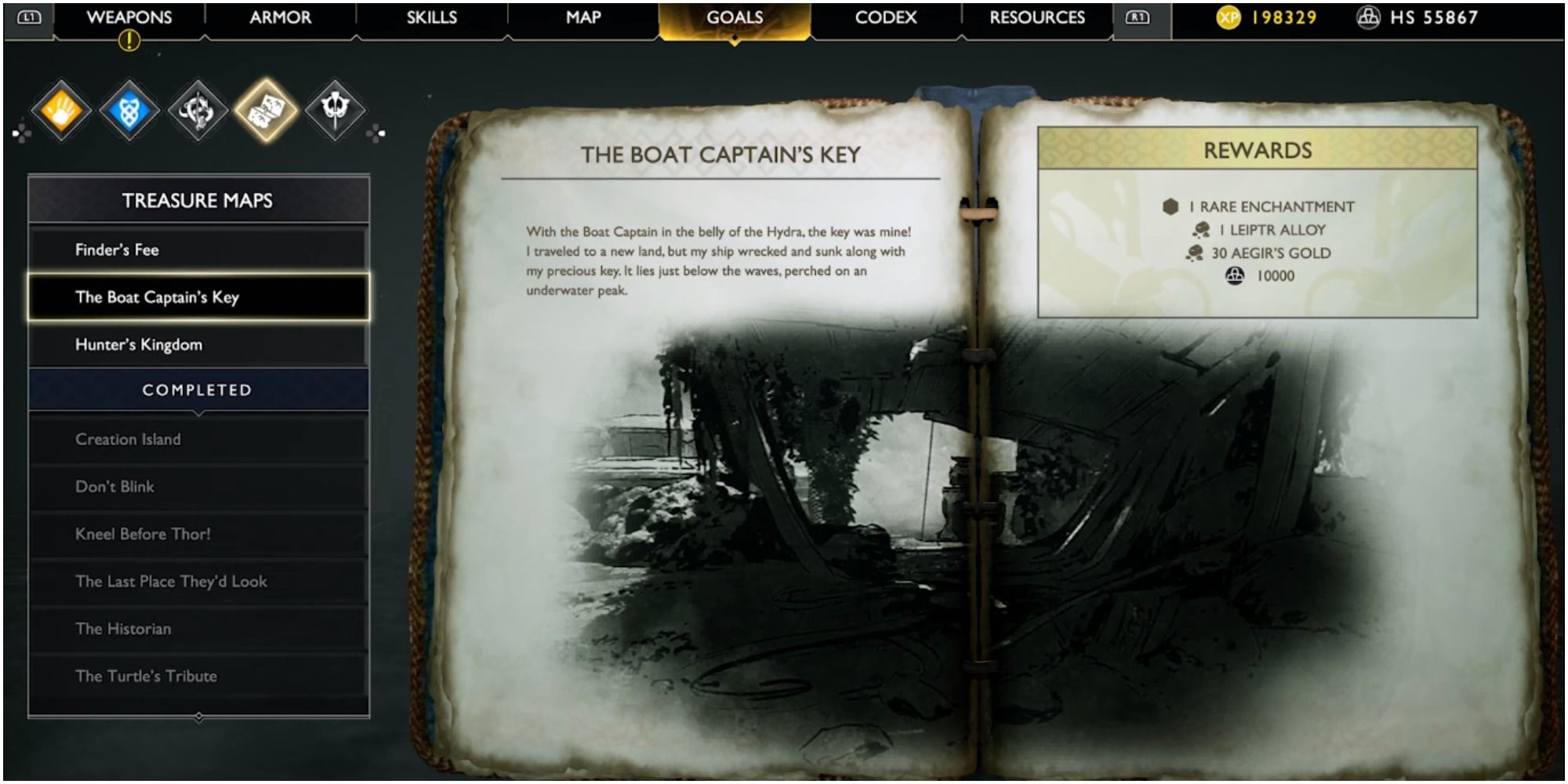 You will have to make your way to Stone Falls for the treasure map. After reaching the top of the area, go straight past the wayward spirit and jump across the bridge. The treasure map is on the ground to your left, just after the bridge.

The map will appear in the Goals tab under the Treasure map sub-tab. The next thing you need to do is to find the treasure. 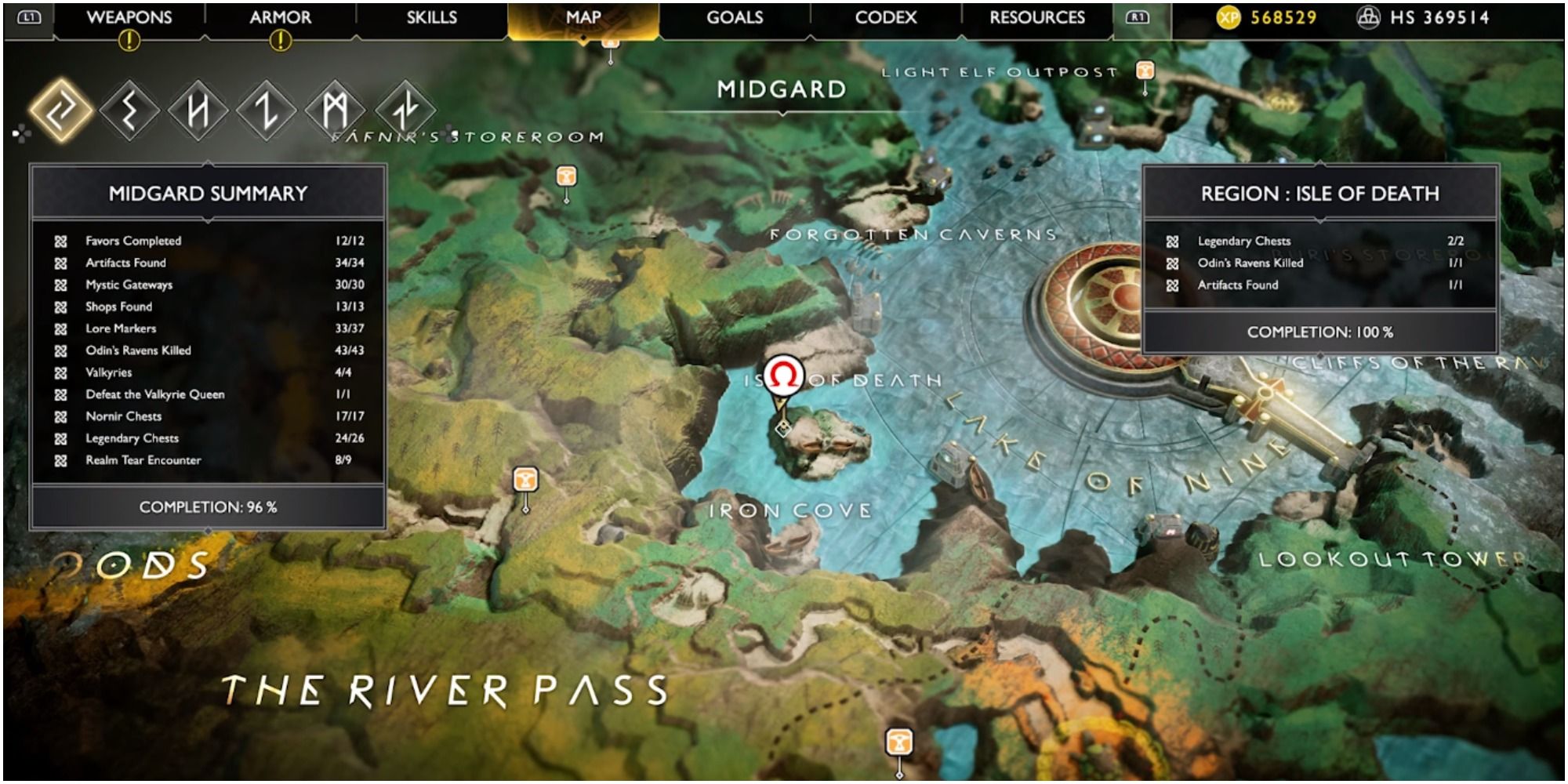 The treasure map in your inventory will read as follows:

"With the Boat Captain in the belly of the Hydra, the key was mine! I traveled to a new land, but my ship wrecked and sunk along with my precious key. It lies just below the waves, perched on an underwater peak."

The clue hints at a ship located on the Isle of Death. After you reach the area, dock your boat on the shore. Do not go through the tunnel on your left. The way to the top is by climbing the rock ledge on your right. Climb up, and here you will come across a wrecked ship. Go inside the boat and look for the treasure buried on the rear end.

Collecting the treasure will get you a Leiptr Alloy, one Rare Enchantment, Hacksilver, and 30 Aegir’s Gold.