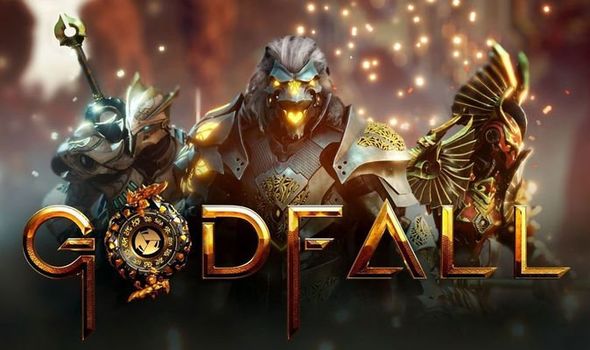 Godfall release date is fast approaching, with Gearbox and Counterplay Games set to unleash their loot slasher on PS5 and PC gamers soon. Godfall was the first game ever announced for the PS5, appearing way back when during last year’s The Game Awards event. It has featured prominently during a number of Sony streams since then, such as the PS5 June reveal event and during an August State of Play.

And following these big showings Godfall will now debut alongside the PS5, with gamers in certain regions around the world soon getting their hands on the next-gen console. The PS5 has a launch date of Thursday November 12 in regions such as the US and Japan, with the PS5 releasing in other areas such as the UK next week.

If you’re one of the lucky ones that managed to get a PS5 pre-order in and will be getting a shiny new next-gen console this week, then we have details on when you will be able to play Godfall. The official Twitter account for Godfall has revealed when exactly PS5 and PC gamers will be able to play the self-proclaimed looter slasher.

And, if you’re wondering when Godfall will unlock in various regions around the world – if you’re a PS5 fans it’s fairly straightforward. For the PS5 it will be midnight local time on Thursday November 12 for the regions that will see the PlayStation 5 launch this week.

However, if you’re looking to get Godfall on PC it’s slightly different. Here are the unlock times for the PC version of Godfall… 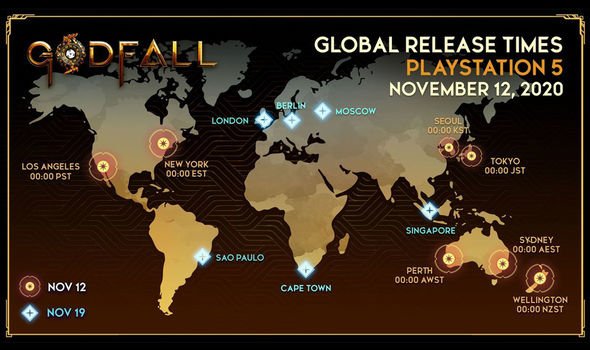 So far there hasn’t been an announcement on preload, with that looking like it won’t be the case for PC gamers.

However, information has been revealed on the PC minimum and recommended specs, with details available on pre-order rewards too. 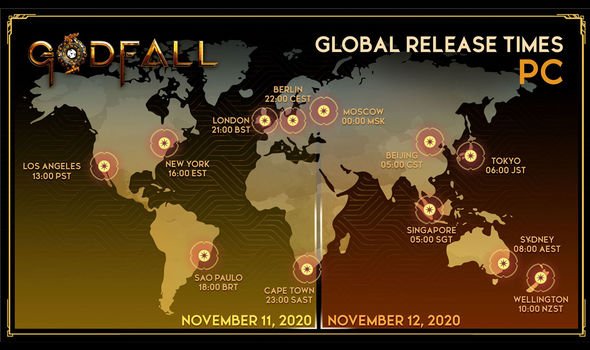 All PC pre-orders will come with bonuses including: a Godfall Starter Pack of early equipment Augments and Trinkets; Chrome Silvermane, Phoenix and Greyhawk skin cosmetic variants; a yellow Typhon variant; and Zer0’s sword from Borderlands.

Ahead of the release of Godfall, reviews have started to come in – with a number of publications doing reviews in progress for the PS5 and PC title.

Here are the verdicts of some critics…

Godfall review – God is a Geek – 85: “Godfall is a massive surprise. It borrows combat from God of War and has enough loot to make Diablo blush. It may look garish but it’s well designed and has that ‘one more go’ factor.”

Godfall review in progress – Destructoid: “The jury is out on whether or not this is worthy of the full $70 next-gen pricetag, but for now, colour me surprised.”

Godfall review in progress – GameSpot: “The early signs are promising, then, particularly when it comes to combat. Mission design is uninspired thus far, with each one shuffling me from one fight to another with little else in between. Whether the combat has to carry the load throughout the entire game remains to be seen, but it just might be up to the task. I still need to dig into the Valorplates, which are sort of like skins for your character that come with different passive abilities and ultimate moves, and it seems to be a key piece of the game’s loot grind.”

Godfall review in progress – IGN: “As of right now, however, I’m enjoying Godfall, even if it’s not doing much to wow me and the repetition of its missions is wearing a bit thin. It’s got some fun and satisfying combat, a few genuinely novel mechanics, and graphics that range from absolutely gorgeous to a little over the top – but unless its thin story morphs into more than an excuse to go stab stuff, the grindable action-looter structure doesn’t seem like it has enough variety to sustain its otherwise expansive customisation.”