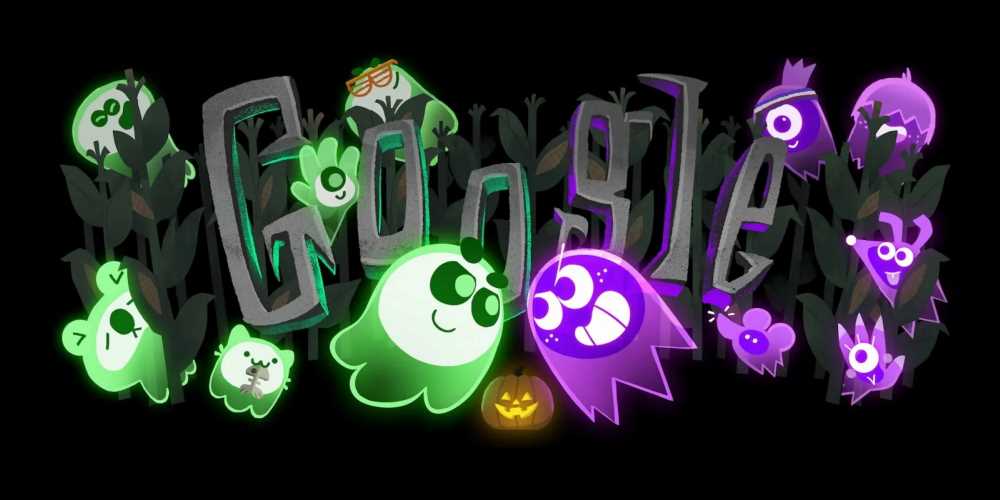 Fans will remember the Great Ghoul Duel Doodle from 2018’s Halloween Doodle. The game features two teams of four ghosts trying to gather as many spirits from the map as possible. Spirits trail along the player like Centipede and make a tempting target for opposing ghosts to steal from. The Great Ghoul Duel Doodle was the first Doodle to feature multiplayer support, with random matchmaking or inviting specific Google users through custom game links.

Today, the Great Ghoul Duel Doodle returns for an amazing sequel. It’s the same game that Doodle enjoyers remember, but with new characters, achievements, maps, and power-ups. If 2018’s Ghoul Duel was a Doodle, this year’s Duel is a full-fledged game. 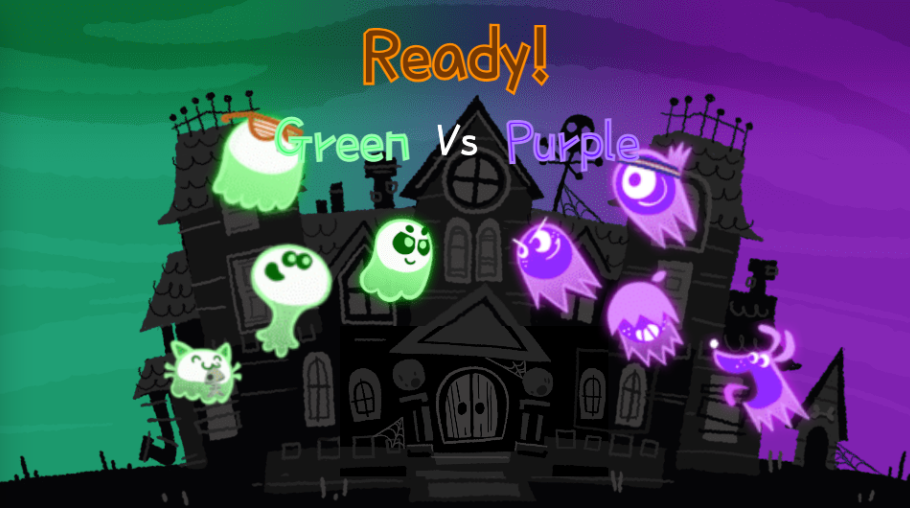 The game starts with a simple tutorial explaining the controls, which are either the arrow keys or by clicking on your mouse. Hold the left-click for greater control of your ghost. You’ll then be sent to play your first game with characters and teams assigned randomly. Team Green consists of Olive the cat, Emerald, Moss, Jade, Sage, and Kelly, while team Purple has Plum, Periwinkle, Iris, Mulberry, Amethyst, and Mauve.

During the game, spirits will spawn randomly at set locations. Your job is to float over them to pick them up and then return to your team's home base. Watch out for opposing players, who can steal your spirits by making contact with them. Conversely, float towards friendly players to gain a spirit bonus. Throughout the match, your team will receive power-ups based on how many spirits you've collected, including speed boosts, night vision, and the ability to float through walls.

And don't forget the new achievements that reward players with spooky and spectacular hats. The Great Ghoul Duel Doodle lasts all day, but just like Halloween, it leaves on November 1.