Google today unveiled Google Meet Series One, meeting room hardware that brings its AI-powered video calling features to businesses. The Series One compute system and sound bar both include the company’s Coral Accelerator Module with Google Edge tensor processing units (TPUs) to drive the audio and video. Series One room kits come in three room size configurations: up to 6 people ($2,700), 6-10 people ($3,000), and 10-20 people ($4,000).

Wait. Didn’t Google already launch dedicated hardware for businesses using Hangouts Meet? Yes, but that was in October 2017, as in pre-pandemic. Google is offering this new expensive video conferencing hardware in partnership with Lenovo as businesses plan their safe return to the office in the social distancing era. The kits are supposedly built for large, sparsely populated rooms or many smaller meeting spaces.

Google is now in a virtual meeting war with Microsoft and Zoom. Google Meet has seen 100 million meeting participants in a single day, Teams has seen more than 200 million meeting participants, and Zoom has seen 300 million daily meeting participants. (Unlike daily active users, “meeting participants” can count the same user more than once.) Zoom is trying to extend its video conferencing dominance using hardware. In July, the company unveiled dedicated devices for remote workers, and in August, it announced its video calls are coming to Amazon, Google, and Facebook smart displays. While Google seems OK with Zoom winning over consumers for now, it’s drawing the line at the enterprise. The company is using artificial intelligence to differentiate itself: Series One “comes with the best of Google AI built in — people can join meetings touch free with their voice, enjoy studio-grade audio through enhanced noise cancellation, and benefit from smart capabilities like automatic participant framing.”

Series One features TrueVoice, Google’s multi-channel noise cancellation and voice amplification tech. This is similar to Google Meet’s AI cloud denoiser we detailed in June. “We’re using some of that technology, but we are actively processing this onboard,” Group product manager TJ Varghese said in a press briefing. “And every single microphone gets processed individually so we can truly separate human voice from other noise in the room.”

The Smart Audio Bar uses eight beam-forming microphones, and the largest kit configuration can process up to 44 channels simultaneously under 8 milliseconds on board. Every microphone gets processed individually to help separate human voice from other noises in the room. This is a more complex task because in a meeting room, there are often multiple people talking at multiple distances, across each other, in addition to the usual noises. Google promises that distracting sounds, like typing, shuffling, and snacking, “are filtered out completely, but voices are crystal clear.” 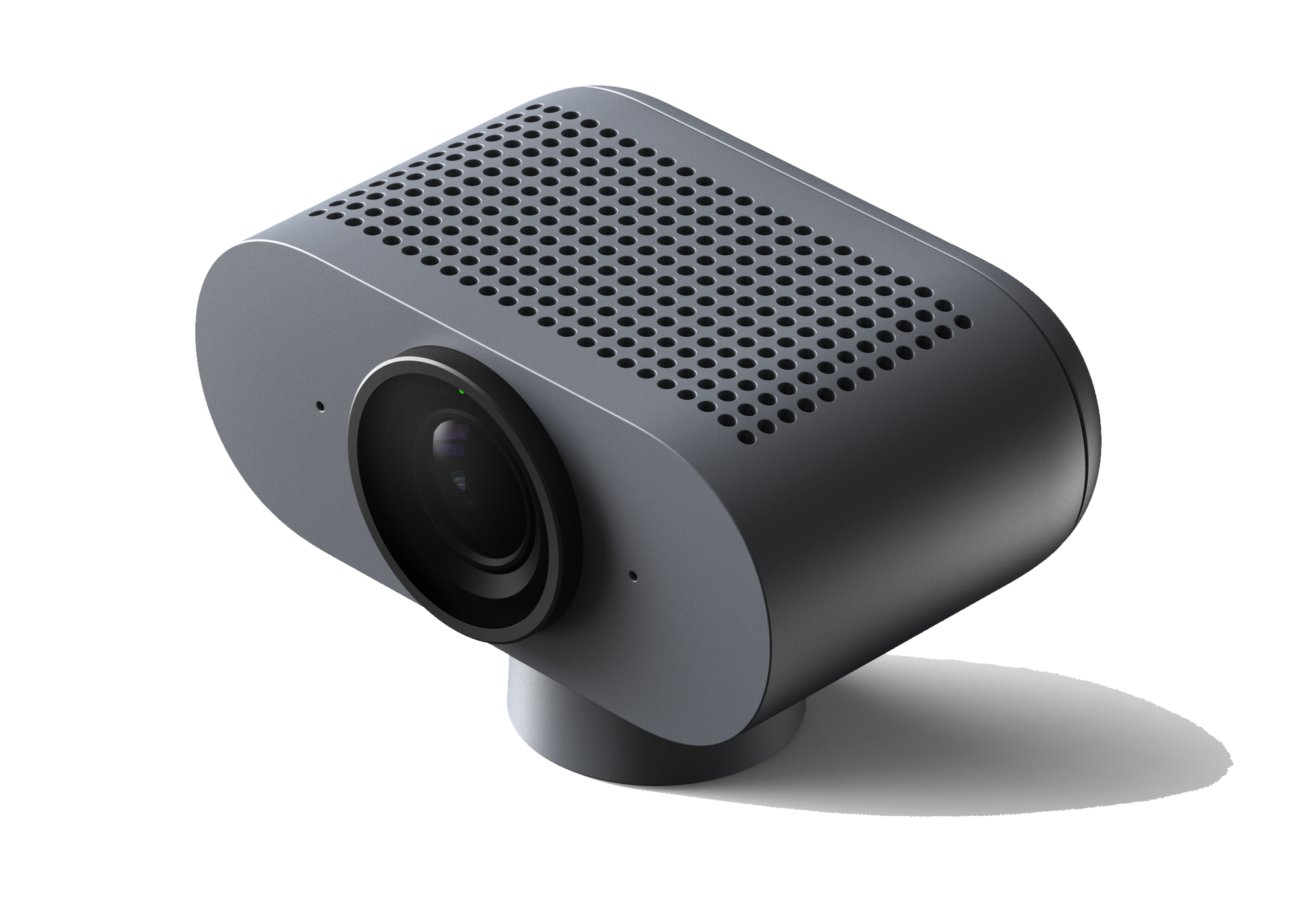 “Our goal as Google is to effectively develop and represent darker skin tones in a much, much better way than traditionally cameras have,” Varghese said. “I think this is something the industry has finally acknowledged and is accepting. We are actively working with partners to develop algorithms that can do this and so you’re going to hear about that into our roadmap in the coming months.” 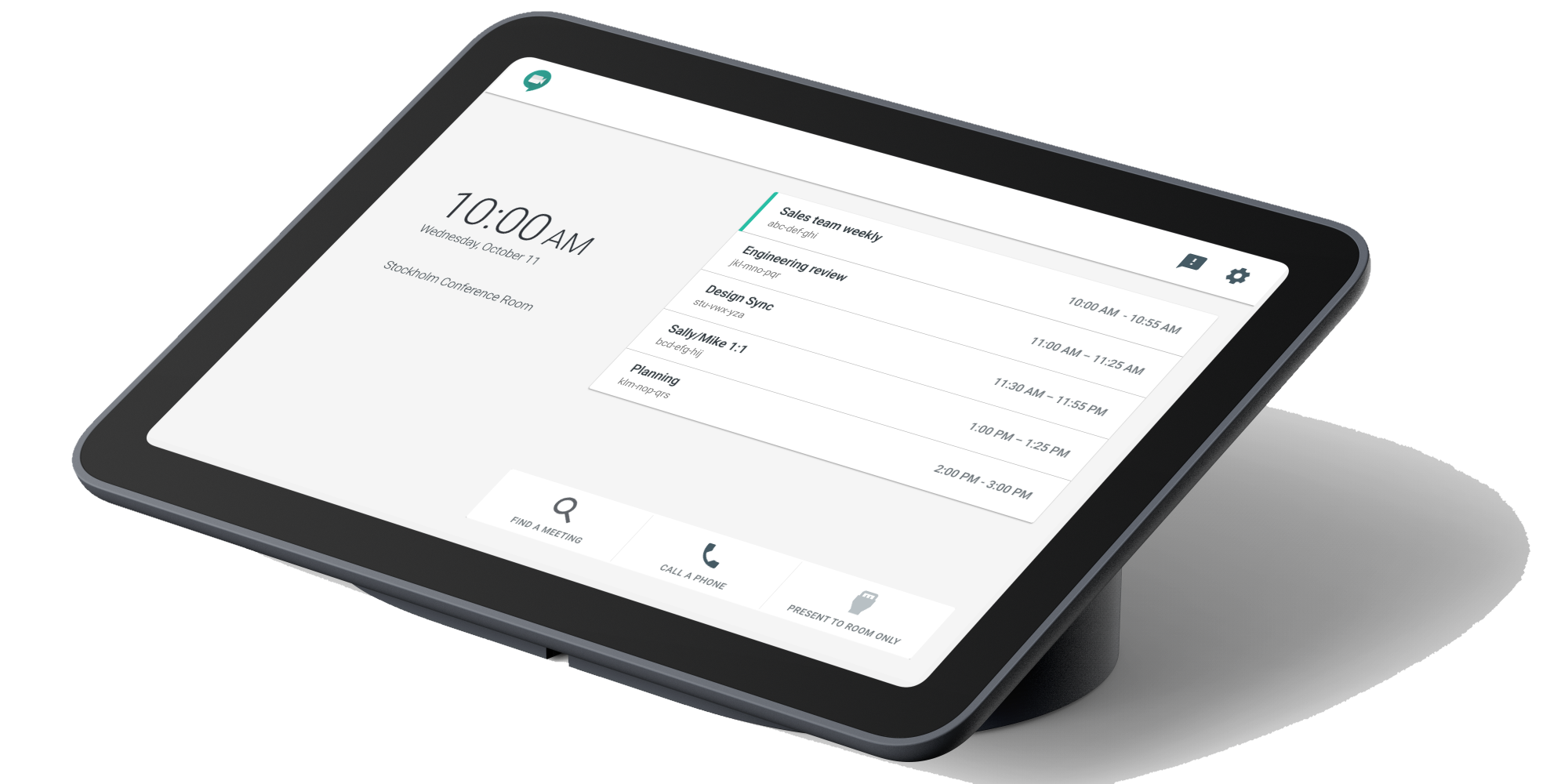 Series One meetings can be controlled using a 10.1-inch touchscreen (powered by a single cable), while the small room kits include a rechargeable remote control. All kits support hands-free control through Google Assistant, so you can say “Hey Google” followed by queries to start or end a meeting, unmute, and so on.

Series One room kits have the same tech as Google’s datacenters built right into the compute system and sound bar, thanks to the Coral M.2 accelerator modules with Google Edge TPUs. Google claims including its TPUs means Series One will be able to “take advantage of future machine learning innovations.”

Speaking of which, Series One is “the first system that we built from the ground up specifically for Google Meet,” Varghese said. But like its predecessors, it’s built on top of Chrome OS, which means automatic over-the-air updates and hardware that is always running the latest firmware. IT admins can manage the kits through the Google Admin console, including device setup, status checks, and minor issue resolution without ever having to visit the room. Each kit can anonymously sense the number of room participants and visits.

“We also do image-based algorithms on identifying number of people in the room,” Varghese said. “We don’t do any face scanning, so our algorithms are based on physical bodies, sound, and other attributes — so keeping privacy intact. This is something that we will provide customers to better understand the utilization of their rooms, something that’s widely asked for especially in today’s world.” 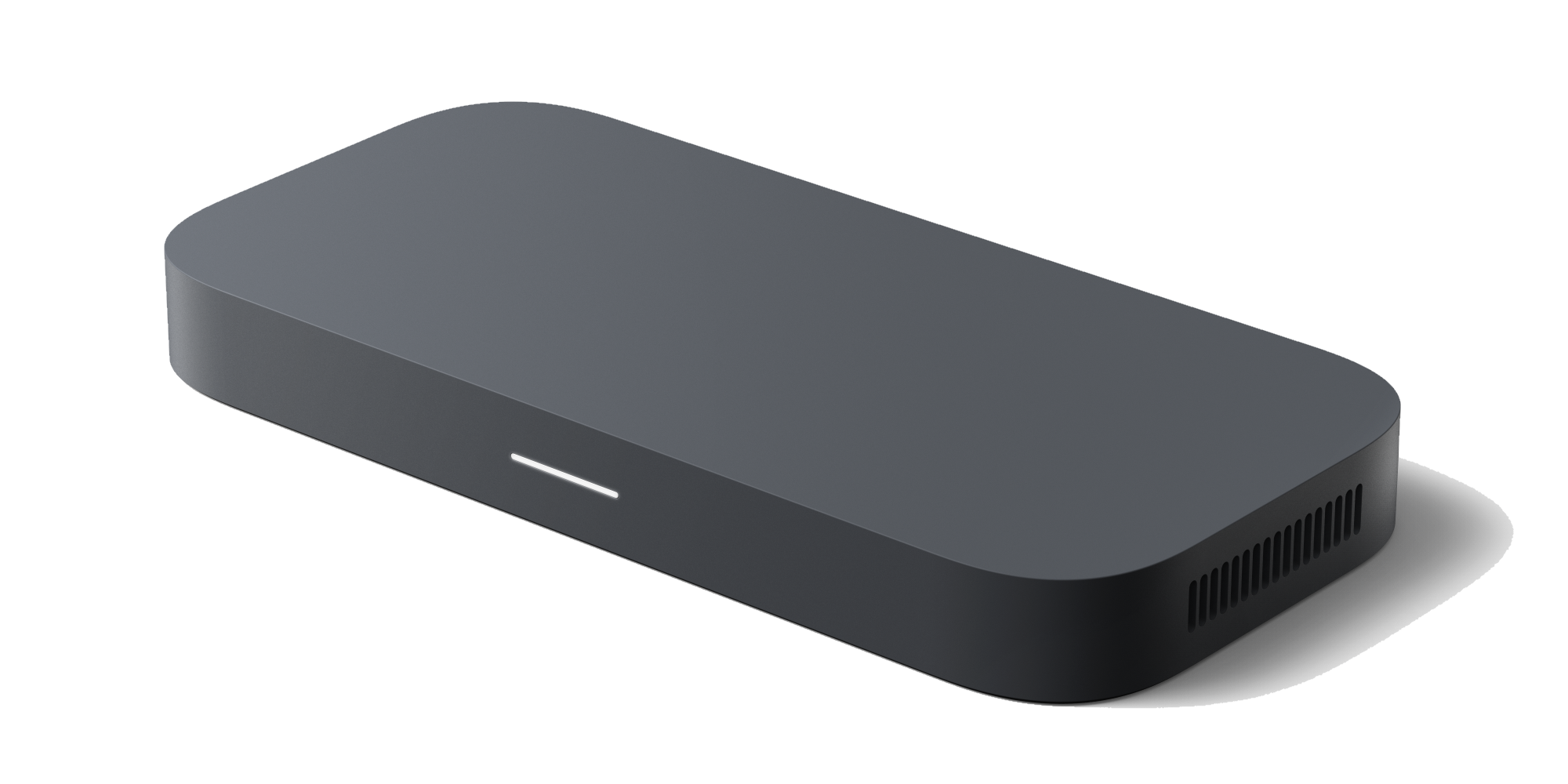 The devices will arrive in late October — Lenovo plans to share the exact date at its own event in mid-October. But as the Series One name implies, Google is developing more Meet hardware.

“This is our reference design,” Varghese said. “Going forward, it’s possible that you will see in the future other partners, but also other products with Series One. So this is the first of the Series One devices.”