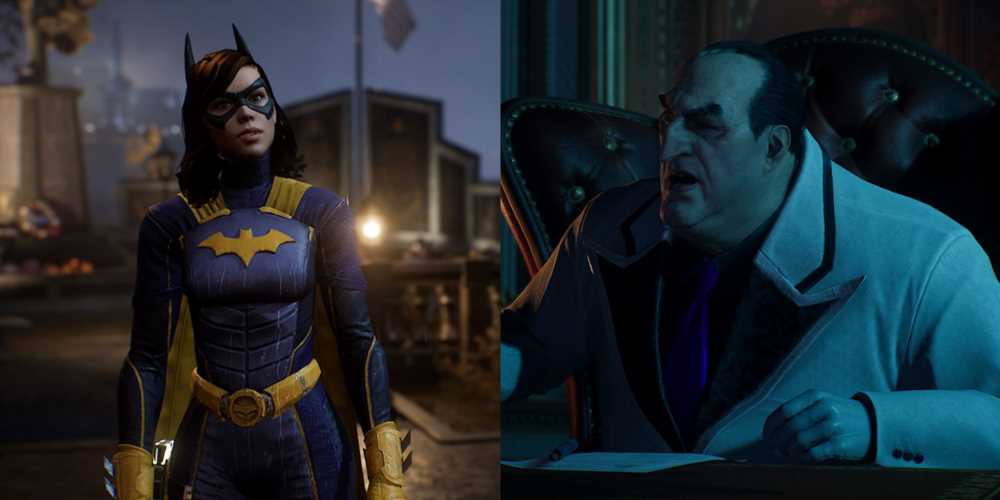 While Gotham Knights might be missing Batman, it includes several members of his Rogues Gallery to make up for it. Nightwing, Batgirl, Robin, and Red Hood try to finish Batman's last investigation, leading them to the Penguin's Iceberg Lounge, where he's surprisingly cooperative. Of course, the Penguin is just one of the iconic Batman villains you'll encounter in your time in Gotham, and you'll spend most of Case 2 dealing with him.

Most of your time in Gotham Knights will be spent beating up criminals, sneaking around, and solving puzzles, which is the main focus here. Case 2.1 has you doing all three to gather information from Penguin. To get Penguin talking, you'll need to solve his pesky bug problem first.

Getting To The Bug Puzzle 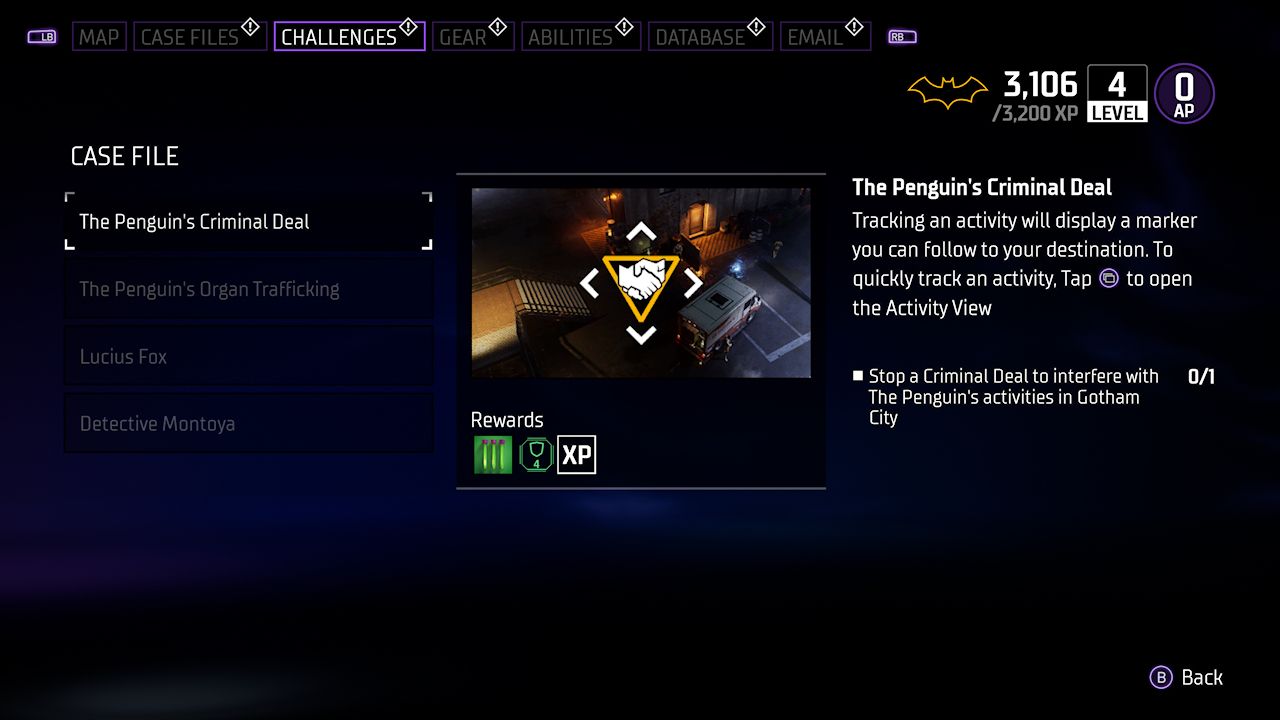 Upon entering the Iceberg Lounge during Case 2.1, you'll be faced with several of Penguin's henchmen. It doesn't matter if you're detected as long as you take them out and reach Penguin's office on the second floor. Of course, when you finally do talk to Penguin, he'll ask you to leave.

You'll need to disrupt a number of his criminal activities before you're allowed to return, beat up his bodyguards again, and ask for help. At this point, Penguin will suspiciously turn on music and alert you to the presence of bugs that are listening in on your conversation. You'll need to find the three bugs in Penguin's office to get him talking. 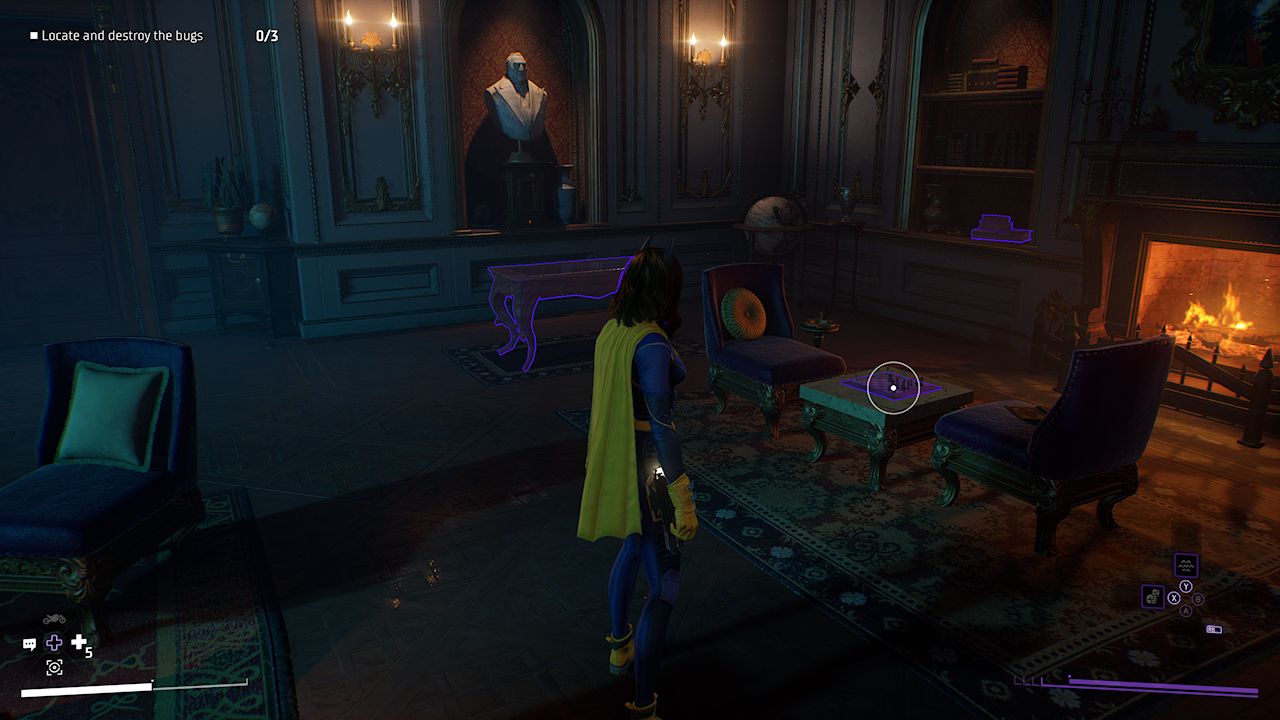 You'll see several highlighted purple objects if you activate the AR scan. You're free to interact with them, and Penguin will give you some details too. However, none of the bugs are in these highlighted objects. Hold the AR scan button to find the bugs until a reticle appears on the screen. At this point, you can aim at other suspicious objects in the room to scan them for bugs.

You can find the bugs in any order, but we've listed them out if you're having any trouble. 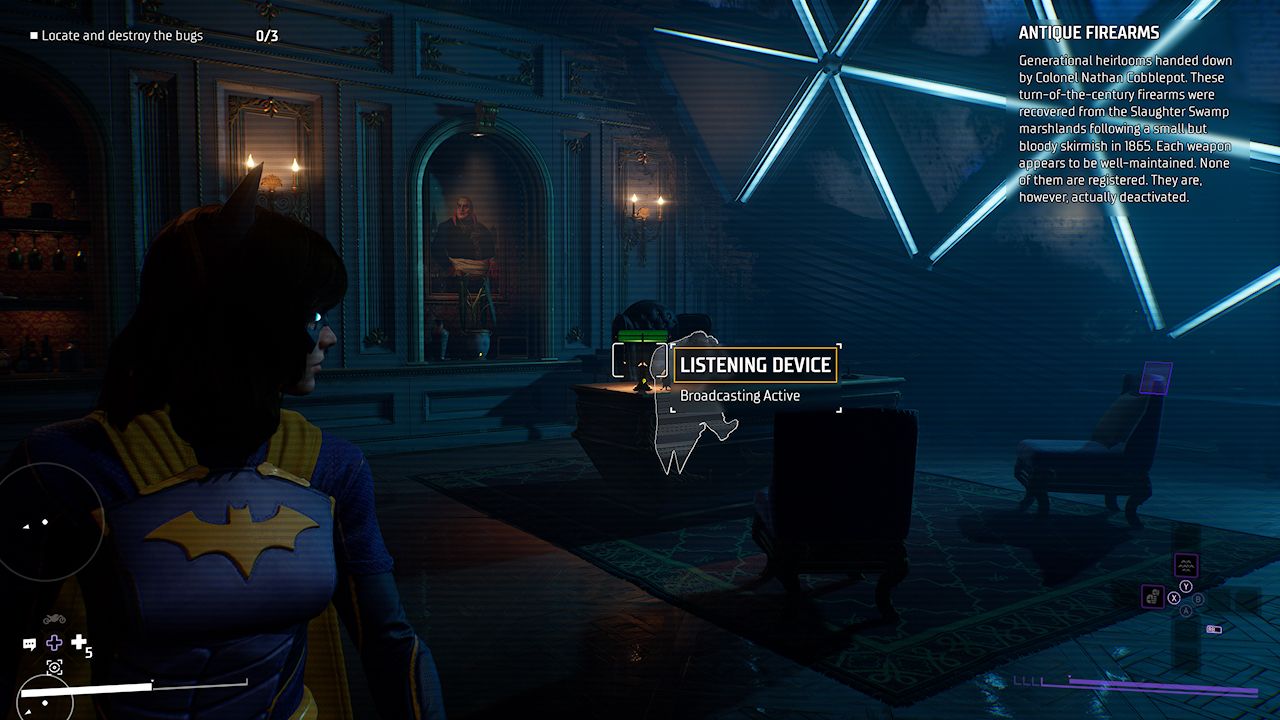 The first bug will be in the lamp on Penguin's desk. It's brightly lit and hard to miss. Simply AR scan it to reveal the presence of a bug. Walk up to the lamp and interact with it to destroy the bug. 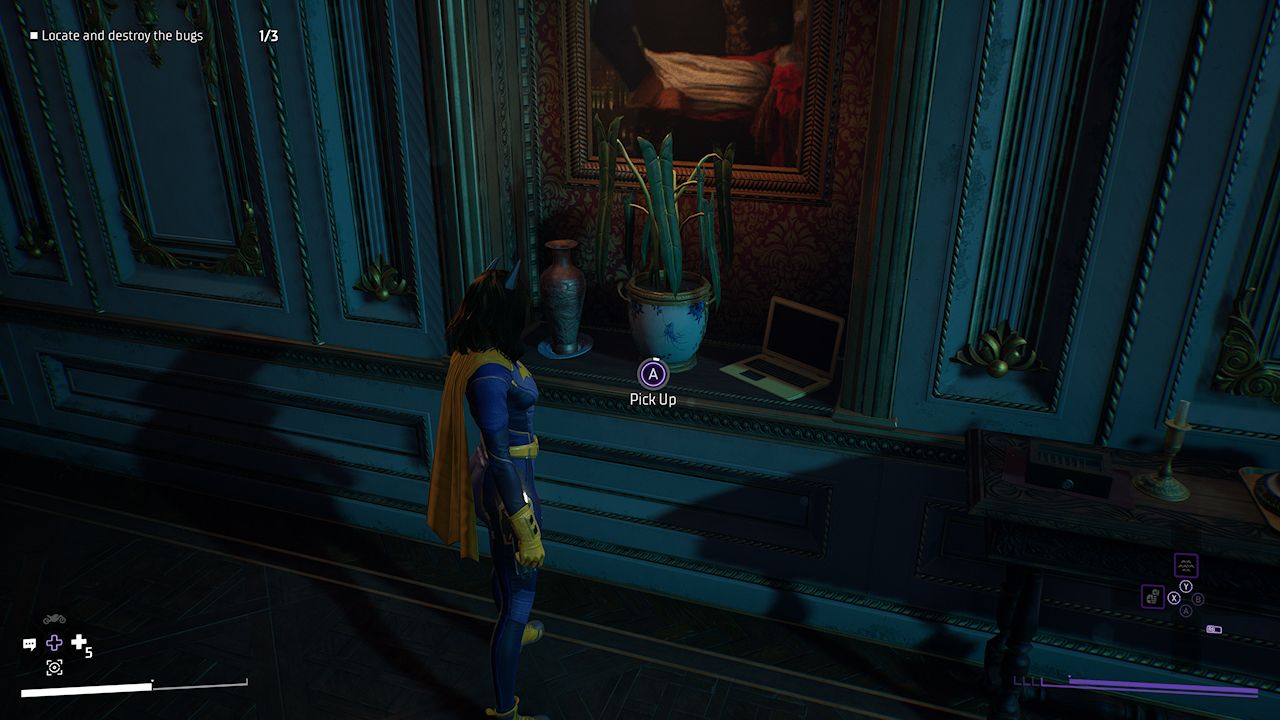 The second bug is directly behind Penguin's desk, in the flowery vase. Again, AR Scan the vase before destroying the bug. 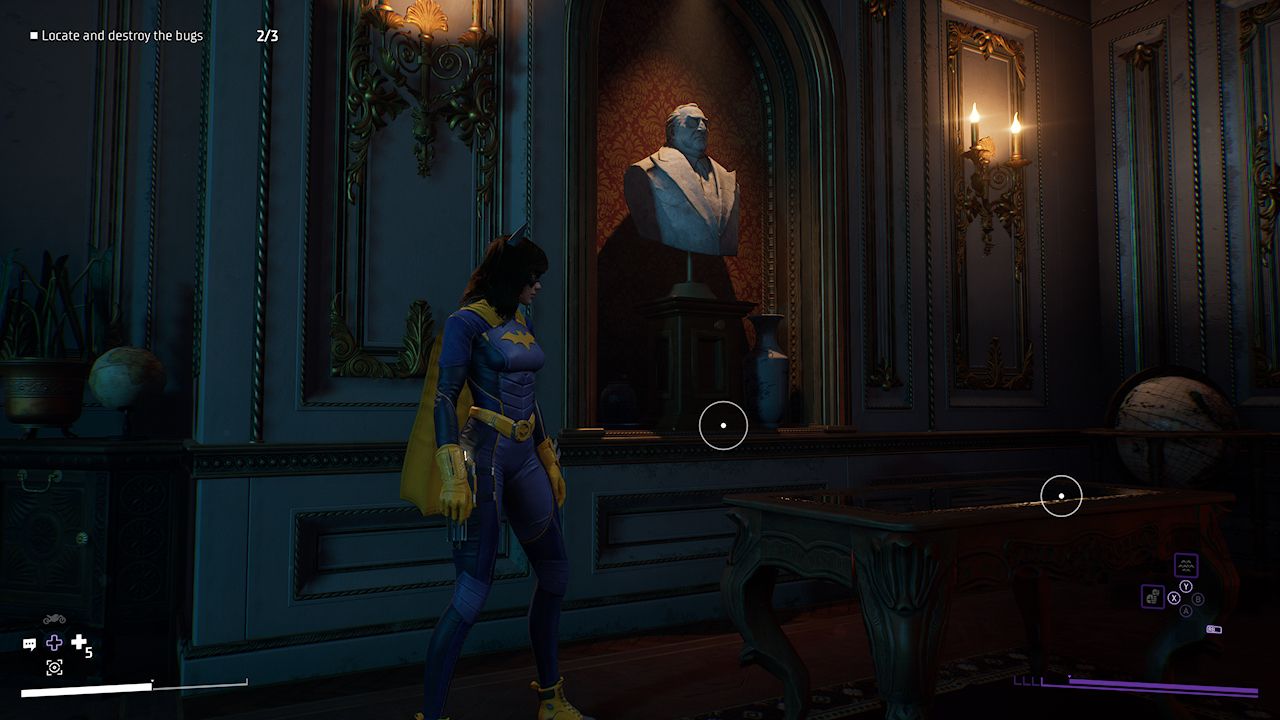 The final bug is on the other side of the room, closer to the entrance. If you look at the walls, you'll find a sculpture of the Penguin. AR scan the bust that it's sitting on top of, and the bug will be revealed. As always, interact with the object to destroy the bug.

The Penguin will feel comfortable enough to share information with you once all the bugs have been destroyed.​​​​​​​