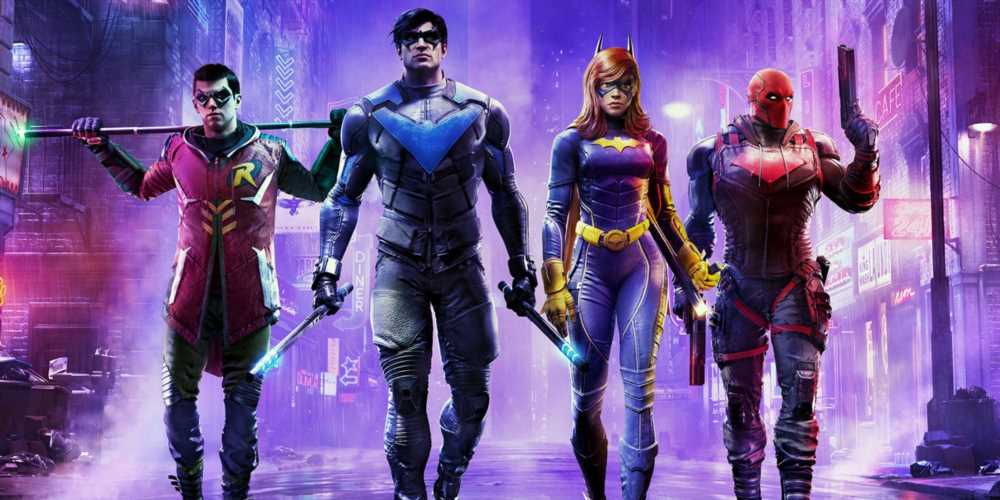 What's worse than coming face to face with a member of the Bat-family in the middle of your crime? Coming face to face with all of them. It appears that Warner Bros. will be expanding the co-op capabilities of Gotham Knights to support four players. So it looks like you'll be able to plan a full family outing, presumably without the iconic grumpy dad.

The game was initially supposed to feature a co-op feature that only supported two players at a time, however, if you head over to the game's PSN page, you'll see that the description now reads, "Supports up to 4 online players with PS Plus". So, it looks like you're going to have to discuss roles with your crew, as picking a character is going to become much harder than initially expected.

This change was initially spotted on Reddit (thanks PCGamesN). We headed on over to the PlayStation Store just to confirm this, and the description indeed shows that it supports up to four players. So, better start assigning roles from now, and thinking of reasons why you should be Nightwing. 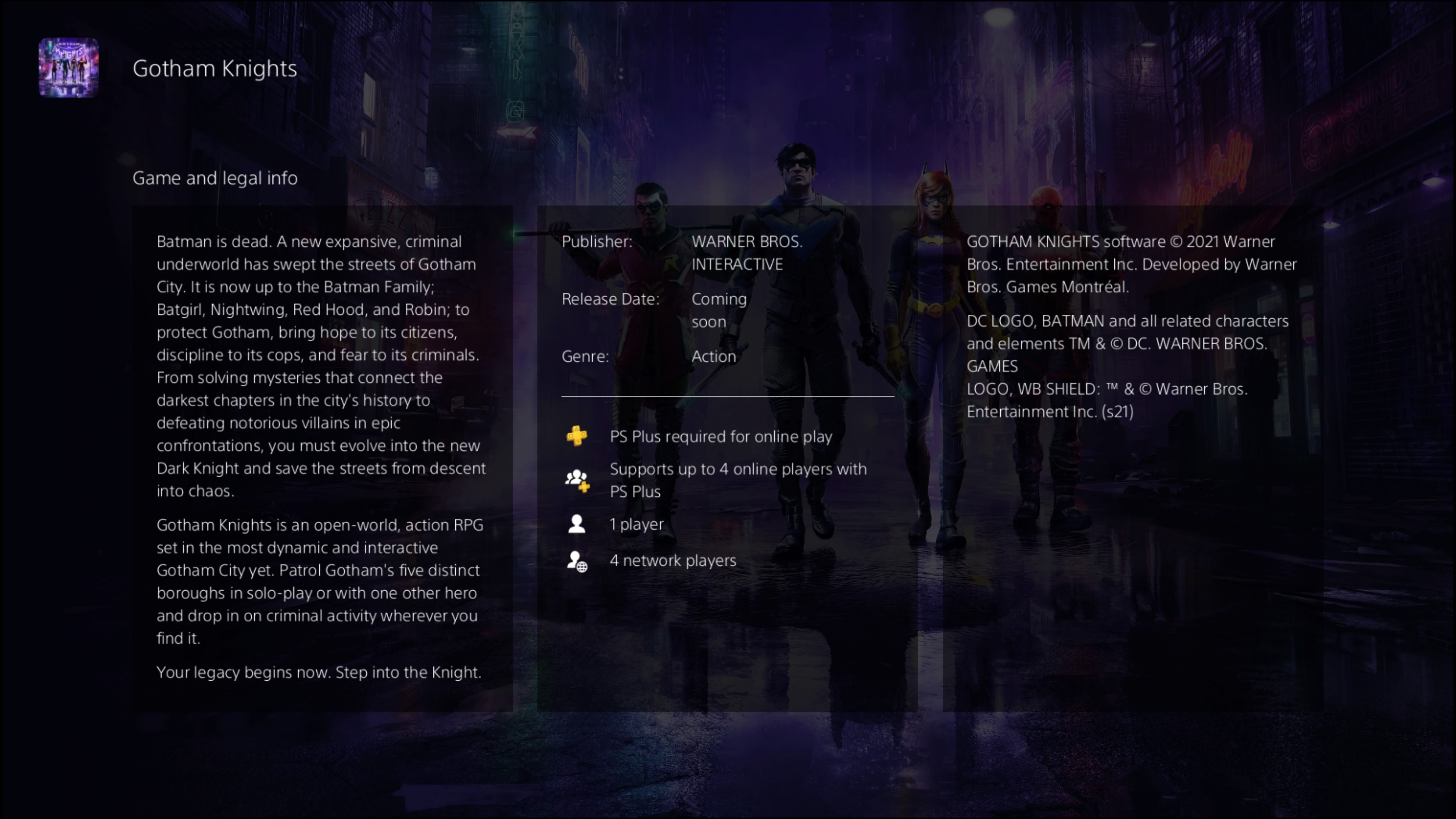 After an initial delay, Gotham Knights is now set to launch on October 25 of this year. It was initially set to launch around the same time as Elden Ring, and considering that everyone is still talking about the Soulsborne, the postponement was a good move by Warner Bros. Perhaps the developers always intended to add a four-player co-op functionality as a post-launch feature, but since they got an extra few months, they included it at launch.

It's unclear whether this was a slip up by PlayStation – who revealed the functionality before Gotham Knights could make a grand announcement about it – or maybe Warner Bros. didn't want to make a whole thing out of it, and would have released a small statement about it.

Either way, come October, we'll get to see Nightwing, Batgirl, Red Hood, and Robin, take on the likes of Penguin, Poison Ivy, Hush, The Roman, and the Court of Owl. Unfortunately for the heroes, their mentor and proxy grumpy dad, Batman, is supposedly dead.