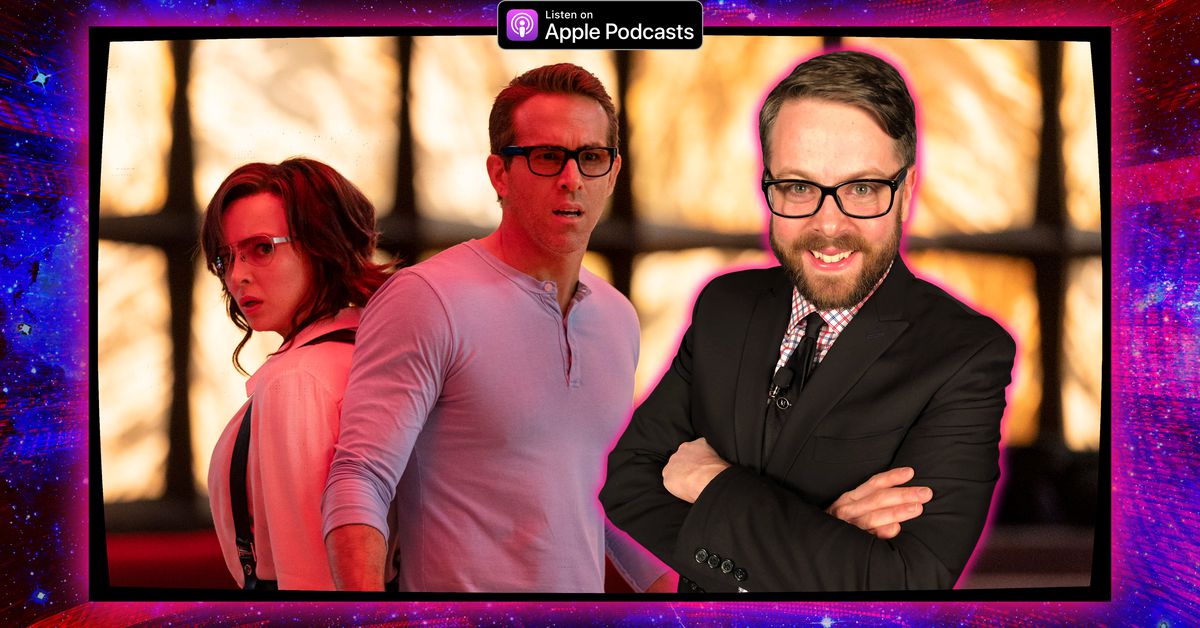 The new Ryan Reynolds movie Free Guy is technically a video game movie. It’s about games and gamer culture, but it’s not based on any actual game (unless you want to argue that Free City, the game within the film, is basically just Grand Theft Auto).

Still, there’s a case to be made that Free Guy is actually one of the best video game movies of all time. Maybe that’s blasphemy when we live in a world where the first Mortal Kombat exists. Well, let’s just say we brought in a real-life Wizard to interrogate that question.

This week’s episode of Galaxy Brains features a conversation with Kinda Funny Gamescast cofounder Greg Miller, who sorts through the groan-inducing failures to explain what actually goes into a great video game movie and tells us why the games industry stopped making crappy movie tie-ins.

As usual, this conversation has been edited and condensed to be slightly less weird.

Greg: I think we’re getting into a groove with it where I really enjoyed Sonic, I really enjoyed Detective Pikachu. People like to throw it in there, even though it’s based on the books, but I loved The Witcher. But again, that’s based on the books. I know. Don’t come at me in the comments or whatever, or if you’re just listening, yell out your window. I mean, as you drive your car.

Jonah: Come at him in the comments, it’s good for the podcast, please.

Greg: But we’re getting to a point where people understand it. We all grew up with these passions that now that we’re the adults, we’re making the things and doing it right. It’s so hard to explain to people … like I’m a Ghostbusters fan. And a pretty big one at that. And when I was growing up, if there was something Ghostbusters-related, I snatched it up because that just didn’t exist. That wasn’t happening. A big deal was when Matty Collector [toy company] put out their first ghost trap that was accurate. Now, Spirit Halloween has amazing Ghostbuster props for 20 bucks.

Dave: When I was a kid, there was nothing. I remember this because I’m a big Ghostbusters fan myself. And so if I found a t-shirt at Comic-Con or something or like an exclusive variant of an action figure or a reprint of the soundtrack on vinyl, it was like a huge deal because this is a moribund property. And now we’re inundated with all of this stuff.

Greg: And it’s because we all grew up and now we have both the power to make things, but also the income to buy things. And so that’s why things are speaking to us. Even for me, as a comic book fan growing up, like now, you walk through any Target and there are Marvel superheroes and everything. What a time to be alive! My family never cared about comics. I remember being next to my cousin at Avengers: Endgame and her crying when Iron Man dies. You’re like, oh my gosh, they’ve done it. They’ve made you care about the things I grew up in love with.

Jonah: Fan service is all the rage now. They even throw that into the end of Free Guy where it’s like, all of a sudden, he has the Captain America shield and a Hulk hand.

Dave: And then a lightsaber, too.

Dave: Yeah. It’s Sonic the Hedgehog. They spent millions of dollars to completely change the design of a character. And why did they do that? Because people complained. And so it seems that the more vocal people become, the more the studios, the more the production companies, the creatives behind these films and TV shows say, let’s just lean into the thing. Let’s give them Knuckles and Tails in the sequel.

But let’s talk about the other form of adaptation, which is less popular now, I think: turning a movie or TV show into a video game. I personally have a lot of fond memories of playing Lord of the Rings: The Two Towers on PS2. That said, the Enter the Matrix game was a giant piece of shit and everybody hated it when it came out. But you had to play it because it had like 10 minutes of cut scenes you needed to see for the movie to make sense. What happened to that part of the game industry? It feels like that isn’t as important as it used to be.

Greg: I mean, a couple of different things happened. I would like to tell you strictly that gamers grew up and were able to say, no, we won’t. We don’t want this. Like, we want it to be good. But it was also obviously a huge portion of business growing up, too, and business changing. For example, I always go to Marvel and obviously the MCU has been so dominant and changed cinema and yada, yada, yada. But in that same conversation is Marvel Games, and that’s their game publishing label. Before they started the Marvel Games publishing label with Bill Rosemann and a whole bunch of other really talented people, it had been Sega, you have licensed out the IP for Iron Man. Go make some Iron Man games. It’d be great if you time it to the movie. They say things like we want to make as much money as possible. Yes, we will tie this into the movie. And that meant that a really mediocre Iron Man game came out around the movie, that was not true to the film and not true to the comics, but it made you kind of feel like Iron Man. So of course, you picked it up and you ran around and beat people up and Marvel games as video games continue to get more and more successful.

As you saw, things become more and more clear that the video game industry was going to be viable and be able to eclipse the movie industry in so many different ways, including revenue and yada, yada, yada. Marvel Games was founded to be like, all right, cool. Here’s what we’re going to do. Instead, rather than willy nilly giving out the licenses, we go the other direction. A lot of people also try to start their own studio to make games, which, of course, takes years to spin up, years to get to gel, years to actually produce a product, assuming you don’t cancel it.

Anyway, Marvel Games was like, well, we’re going to be the bridge. We are going to go find talented developers. We are going to take our Marvel IP from the last 70, 75 years. And we are going to work with them to make sure it’s an authentic Marvel experience. And that’s how you got Telltale’s Guardians of the Galaxy. That’s how you got Marvel Spider-Man from Insomniac. And you look at Spider-Man from Insomniac and it’s amazing. Yeah, and no pun intended. They just put out Miles Morales for PlayStation 4 and PlayStation 5 last year, and that game is still the top 10 every month. It was this shift of rather than get the quick return, rather than give them the crappy game at the launch of the movie, iIf we actually go in and we actually make something with respect, do we actually make something special? It can be huge.