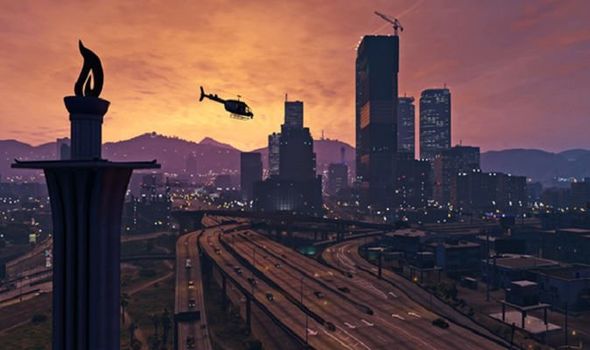 Another good sign that Rockstar Games is getting ready to launch a big new expansion is when they start offering more discounts and in-game money opportunities.

And it just so happens that something is being offered to GTA 5 Online gamers with a Twitch Prime account this week.

That doesn’t mean the new Casino DLC is set to be launched this week but it might be another hint that Rockstar won’t be waiting until the end of Summer to release it.

This latest Grand Theft Auto offer is limited to those with a Twitch Prime and is a great way to get stocked up before any new vehicles and properties drop.

Twitch and Rockstar Games are teaming up to provide new discounts and free in-game money for fans in GTA Online.

If you have a Twitch Prime account, all you have to do is link it with your Social Club account to score all the new rewards.

These include bonuses for both GTA 5 Online and Red Dead Redemption 2 Online, which can be found listed below:

And something that makes this Twitch Prime promotion a little different is that there will be more rewards offered in the future.

Here’s the official news from Rockstar Games, who confirm: “Rockstar Games Social Club x Twitch Prime Benefits will include exclusive weekly discounts on premium items, and an additional 10% or higher bonus discount on all weekly discounted items in GTA Online and Red Dead Online. Be sure to sign up by July 19th to ensure access to the first batch of weekly bonuses.

“Social Club x Twitch Prime Benefits will be updated regularly, including incredible rewards around upcoming future content, so sign up today to ensure that you don’t miss out.”

What this appears to be hinting at is that there will be more bonuses made available by Rockstar and Twitch when the new Casino DLC is released.

This isn’t directly referenced in the statement, but that would make sense as not much has been revealed about the upcoming update.

From there, you can follow the instructions to link your Twitch account and your corresponding accounts for all the platforms you play GTA Online and Red Dead Online on.

According to Rockstar Games, to receive benefits on either title, you’ll need to make sure you’ve completed the tutorial missions and played for at least 30 minutes after claiming the rewards.

We’re still without a release date for the upcoming Casino DLC for GTA Online, with Rockstar only sharing a very vague timeline.

However, based on how the development team have handled big game expansions in the past, we could see news about it in the coming weeks.