GTA 6 release date news is headlined today with information on a Rockstar Games hiring spree which could be a good sign for the next Grand Theft Auto game. The Red Dead Redemption 2 and Grand Theft Auto makers have recently listed a tonne of eye-catching job listings which appear to be for their next project. It’s rumoured the next game from Rockstar Games could either be GTA 6, Bully 2 or an unnamed open-world medieval game.

And job listings Rockstar Games has posted could be a sign that development on their next title is being ramped up.

In the past few days Rockstar Games has revealed openings for new job listings which could be for GTA 6 or another title.

The majority of these positions are based out on the Rockstar Edinburgh office with a number also located at Rockstar Leeds. 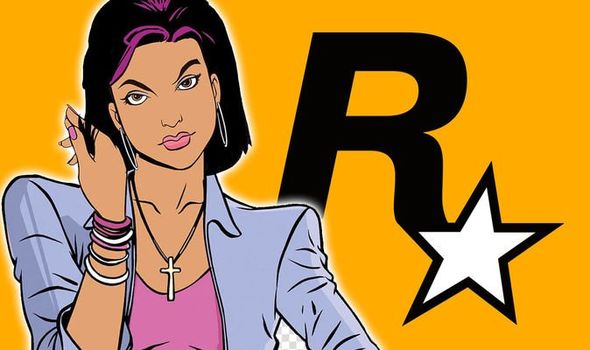 The job listings don’t mention specific platforms or Rockstar Games IPs that successful candidates will be working on.

But tidbits of information in the job listings seem to hint that the vacancies are for an upcoming triple A title such as GTA 6.

For instance the environment terrain artist will be working on “the biggest and best open world environments in the industry”.

They will also be tasked with creating “immersive, living and fully-realised environments”.

This ties into those rumours that GTA 6 will have a big focus on the interiors of buildings, making the game’s world feel more fleshed out.

Elsewhere the cinematic animator will be working on one of the most “large-scale projects to be found in any entertainment medium”. 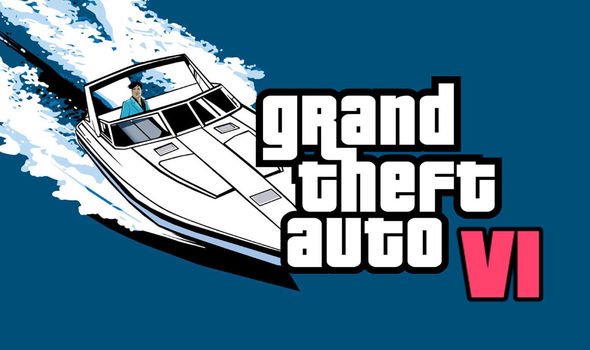 Seeing that GTA 5 is the best-selling entertainment product in history, then that description would also be befitting of GTA 6.

The cinematic animator will be helping to create “cutscenes and cinematic sequences for all Rockstar video games”.

The successful candidate for the environment terrain artist opening will also help to improve the “production pipeline”.

This could be a sign a number of these positions are being advertised to help speed up existing production and development processes.

The graphics programer meanwhile will help to create “cutting-edge graphics” as well as “develop new and enhance existing graphics technologies”. 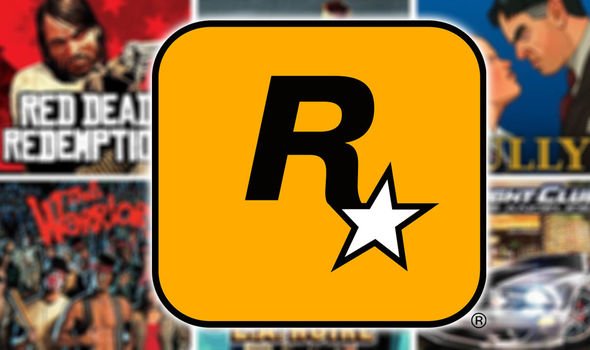 This will all help to “achieve state-of-the-art visuals”, which ties in to the rumours that GTA 6 will only be for next-gen consoles.

While the gameplay animator will help Rockstar “create open world gameplay mechanics that are used to make immersive experiences”.

Again, for anyone that has played a Grand Theft Auto game this description could be attached to any game in the series since the PS2 days.

GTA 3 is arguably one of the most influential open-world games ever, and with each new entry Rockstar has built and redefined the open-world experience. 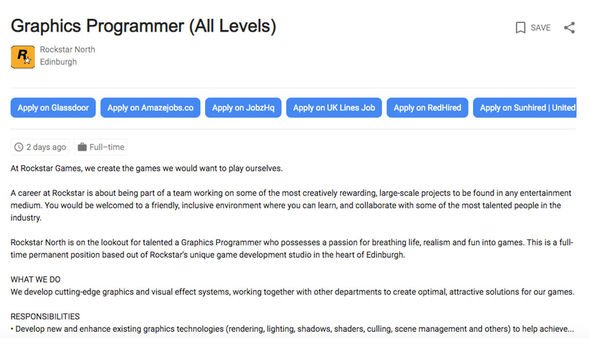 If you’re interested in reading any of these job descriptions in full, then click here to be directed to the official Rockstar Games careers page.

The news comes hot on the heels of another eye-catching job listing that Express.co.uk reported on last week.

Rockstar recently posted an advert for a video editor, with the successful candidate able to “capture game footage and edit video game trailers”.

The ideal candidate “will have experience with both drama and documentary and able to craft a compelling narrative”.

They will also need to “communicate the emotional content and excitement of a game within a 60 second format”.

The advert has sparked speculation that the open position could be for someone to work on the first GTA 6 trailer.

The news comes as rumours are swirling around that GTA 6 could get announced as early as February 2020, with a trailer possibly dropping then.

GTA 6 is rumoured to be set in Vice City, will allegedly only be for next-gen consoles and, according to one leak, could be a timed PS5 launch exclusive.

Call Of Duty: Warzone Will Update Alongside Future CoD Games

What is Visual Kei?