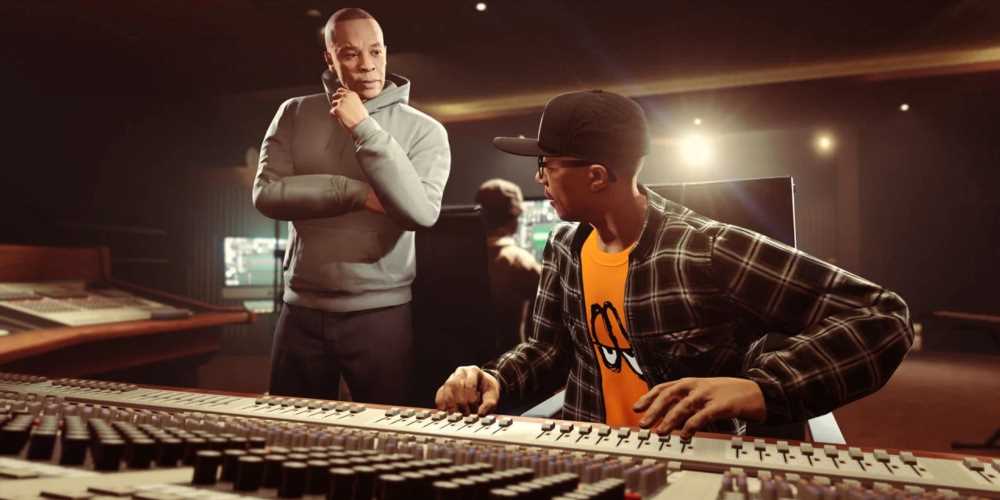 GTA 5 celebrated its eighth birthday this year. As Rockstar prepares for its enhanced version to launch on PS5 and Xbox Series X|S, the updates for GTA Online keep on coming. Rockstar has just announced one of the most significant updates yet. A continuation of the game's story that catches up with Franklin, revealing what he has been up to since the game's story came to an end. And yes, Chop the Dog is also still around.

Franklin's work with Michael has resulted in him running a business that revolves around helping Vinewood's celebrities resolve their high society problems. In the scenario players will be dropped into next week, Franklin's latest client is none other than Dr. Dre. That's right, Snoop Dogg wasn't lying when he revealed Dre was working on a GTA project. Sadly, it isn't GTA 6 as some people assumed.

If you have played GTA Online's Cayo Perico Heist, then you may recall the mention of Dre losing his phone. It turns out some of the artist's new music was on the phone, and through some handy connections, Franklin is the one who has been tasked with tracking it down. Doing a good job for Dre will take Franklin's business to the next level, and you can check out the two of them dissecting the issue in the update's trailer below.

Dre's work doesn't begin and end with his hiring of Franklin to track down his phone and his music. GTA Online's next update, which has been dubbed The Contract, also includes an additional radio station on which some brand new Dre tracks will be featured. There will also be new weapons, new vehicles, and even a new property to buy called The Agency.

GTA Online's The Contract goes live on December 15 at which point the many of you still playing will be able to meet up with Dr. Dre and continue Franklin's story. That's unless you are still playing the game on PS3 or Xbox 360. While the original versions of GTA Online haven't been receiving the same updates as the newer versions for a while at this point, the online elements of GTA 5 will be shut down entirely on December 16.