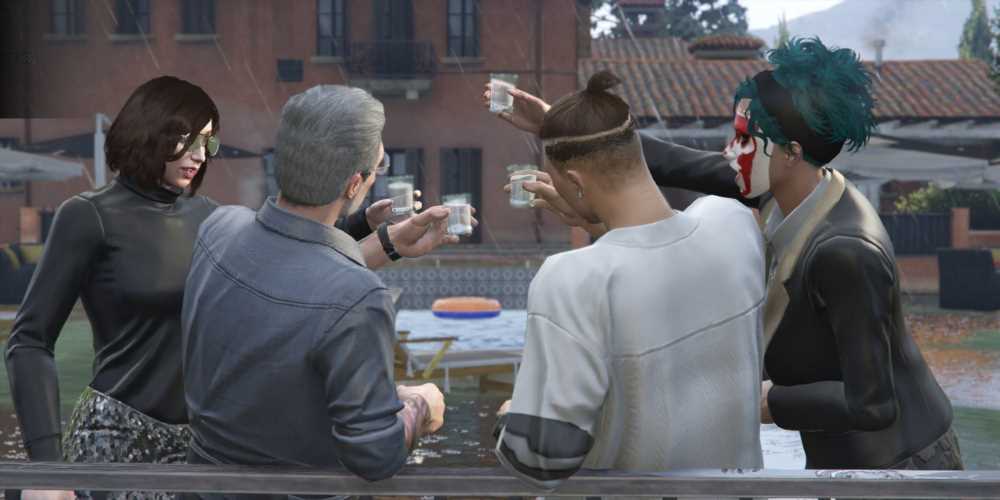 GTA Online has been around for almost ten years now, and in that time it's seen a lot of updates and new features. Some are more useful than others, and players over on Reddit have been mocking the more useless of the bunch.

First up is the ability to send other players in-game emails. Sure, it's an immersive way to communicate, but you can just message players directly via your console or PC, so why bother fiddling with an in-game keyboard? Also, what would you even write? "Plz stahp griefing mii :((("

Another useless feature is the Bawsaq, the hilariously named stock market that's been removed from online play. Newer players may not know this, but it did work previously. Rockstar had to take it down because players would organise to manipulate the market and make huge profits, something that meant they didn't need to buy shark cards with real cash, so naturally, Rockstar didn't like that. Ironic that a game about criminals, which features stock market manipulation in the base game, disallows it as soon as the actual bottom line starts to get affected.

One insidious feature that appears useless to players but actually helps Rockstar is the greyed-out option to enter the casino Penthouse when you don't actually own it. As Smikkelbeer91 notes, "This is actually a nasty behavioural tactic that more games apply, like The Sims, Hitman, and Call of Duty. When the option is shown and greyed out, people will be much more likely to cave and buy said option compared to when it's invisible."

Another useless feature, which personally infuriated me when I wasted my money on it, is the caddie for bunkers. Bunkers are huge, so having a little vehicle to help you get around seems like a great idea, but they're so damn slow you're honestly better off walking.