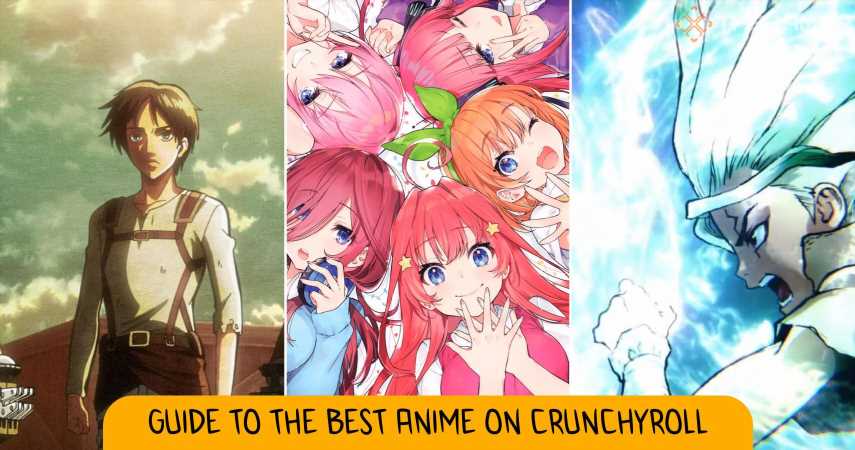 Crunchyroll is the premier place to watch anime. For a small subscription fee you get hundreds of different anime series to watch, in 1080p, and you’ll even get to watch huge anime like Attack on Titan and JoJo’s Bizarre Adventure at the same time they air in Japan. Or, if you’re willing to skip over the newest anime of the week, you can watch all of the older episodes for free, at a lower quality, and with ads. Hey, if you don’t want to pay for a subscription fee, that’s a pretty damn good way to enjoy loads of anime at a minimal cost.

Regardless of whether you’re a paying customer or an anime freeloader (don’t worry, we’ve all been there) there’s loads of selection to choose from on Crunchyroll, and we’re going to break them down for you right here and now. If you’re trying to find what to watch next you will find something to enjoy in this list of anime you can watch on Crunchyroll in 2021 – while we don’t know what’s coming up this year, we can only assume it was better than last year. Now that anime studios have adjusted to pandemic production, read on below for the best anime you can watch on Crunchyroll right now. 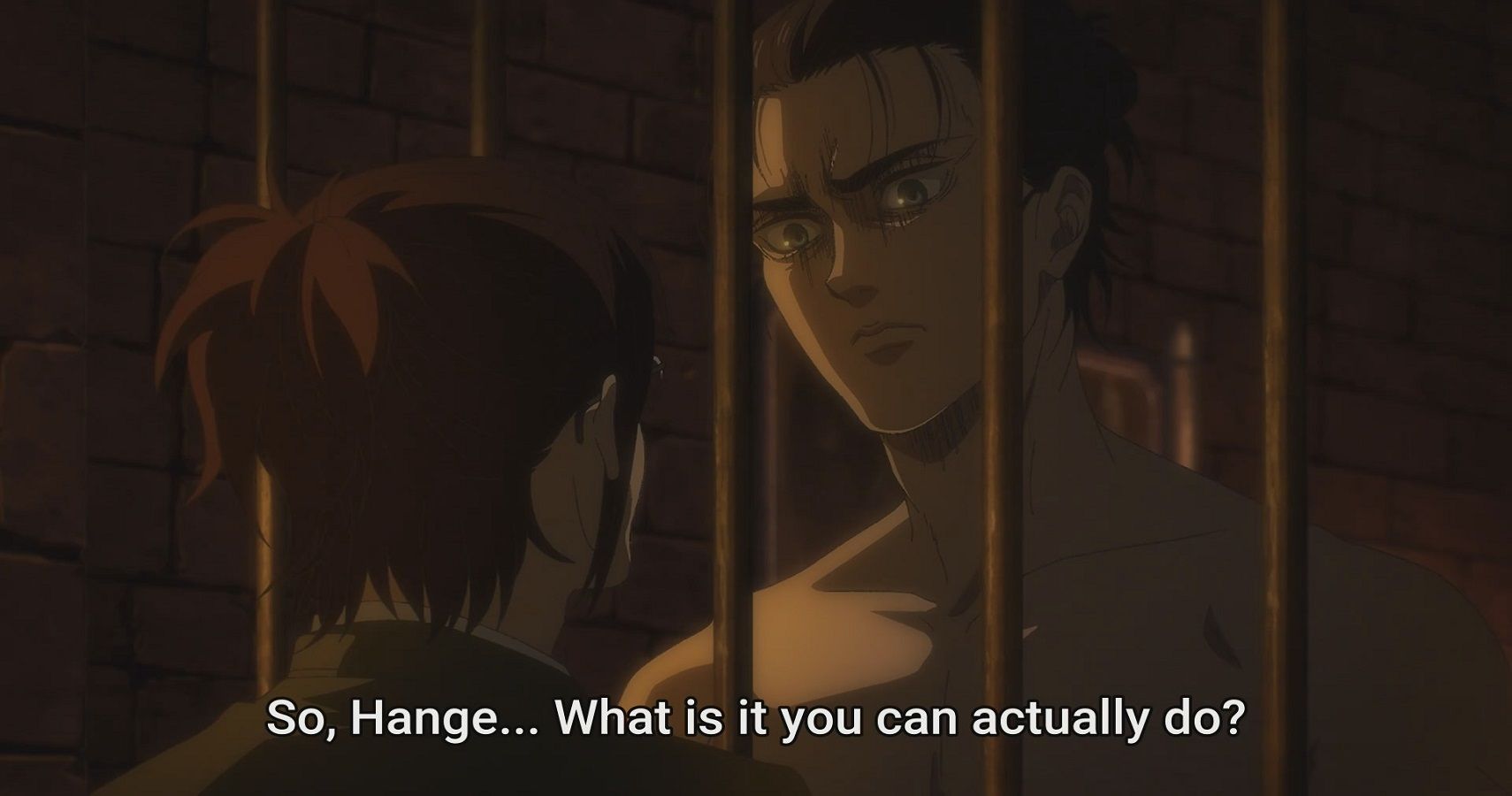 Attack on Titan is one of the biggest anime and manga franchises in the world right now, and whether you like it or not, the latest season has been huge. Revelations after revelations, bombastic action scenes, tense cliffhangers, and so many questions left hanging in the air. Attack on Titan is genuinely incredible right now, and while the politics it puts forward have me pulling at my collar for air at times, I can’t wait to see where this potential trainwreck goes next. 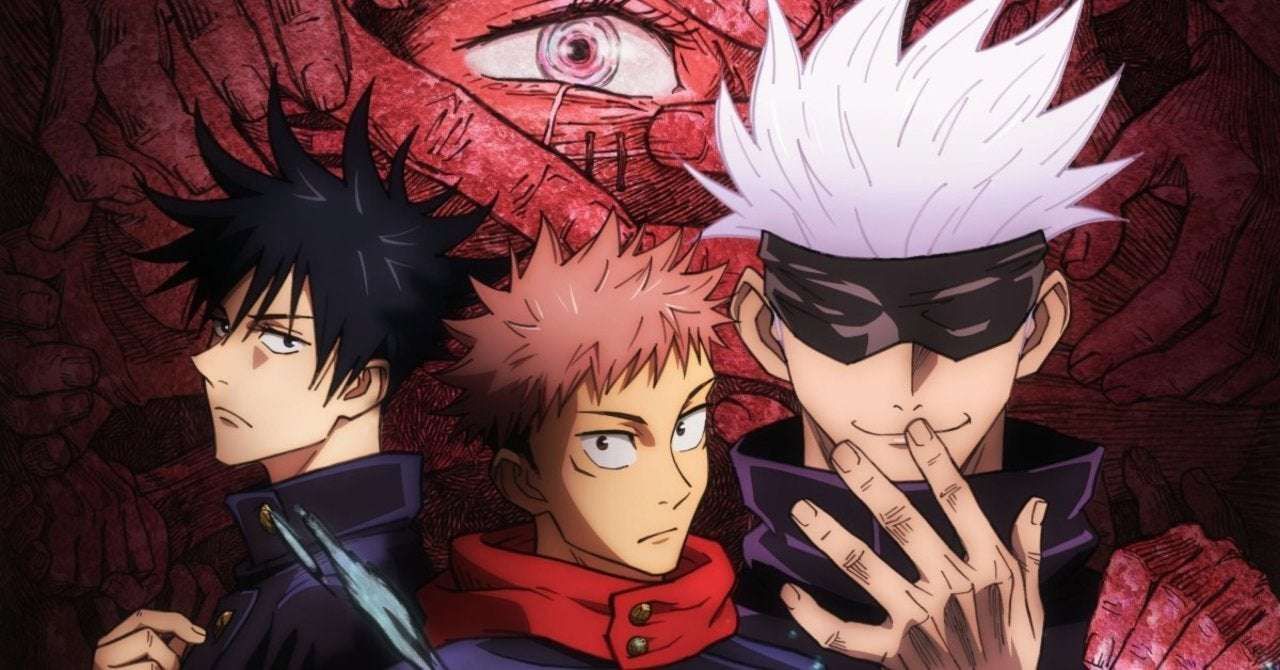 Jujutsu Kaisen is the new hotness. In many ways it’s your standard, traditional battle anime, but it comes with an undeniable stylish flair we haven’t seen the likes of since Bleach, and the kicker behind our protagonist also being the series’ big villain is incredible. Will the series end with him dying? Killing himself? Who knows! Let’s watch and find out. 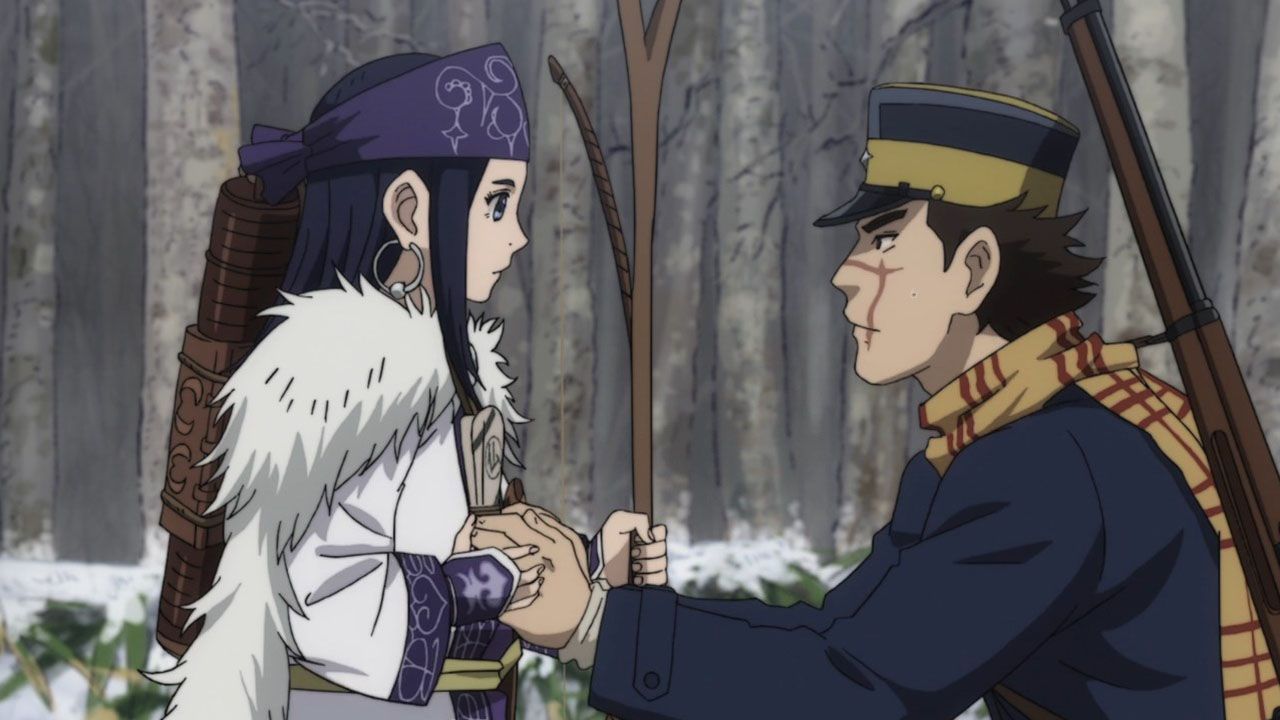 Golden Kamuy follows the story of Saichi Sugimoto, a Japanese soldier in the early 20th century, and he has heard of a bounty of gold hidden away for anyone to go and find. Sugimoto is a skilled soldier and is known to be invincible, but in reality he’s a bit of a goof and gets very lucky, very often. Sugimoto goes out in search of the gold, has a dozen different antagonists and hostile characters follow him in his search, and builds a strong bond with a young Ainu girl, Asirpa. An action-packed story with a lot of humour and heart. 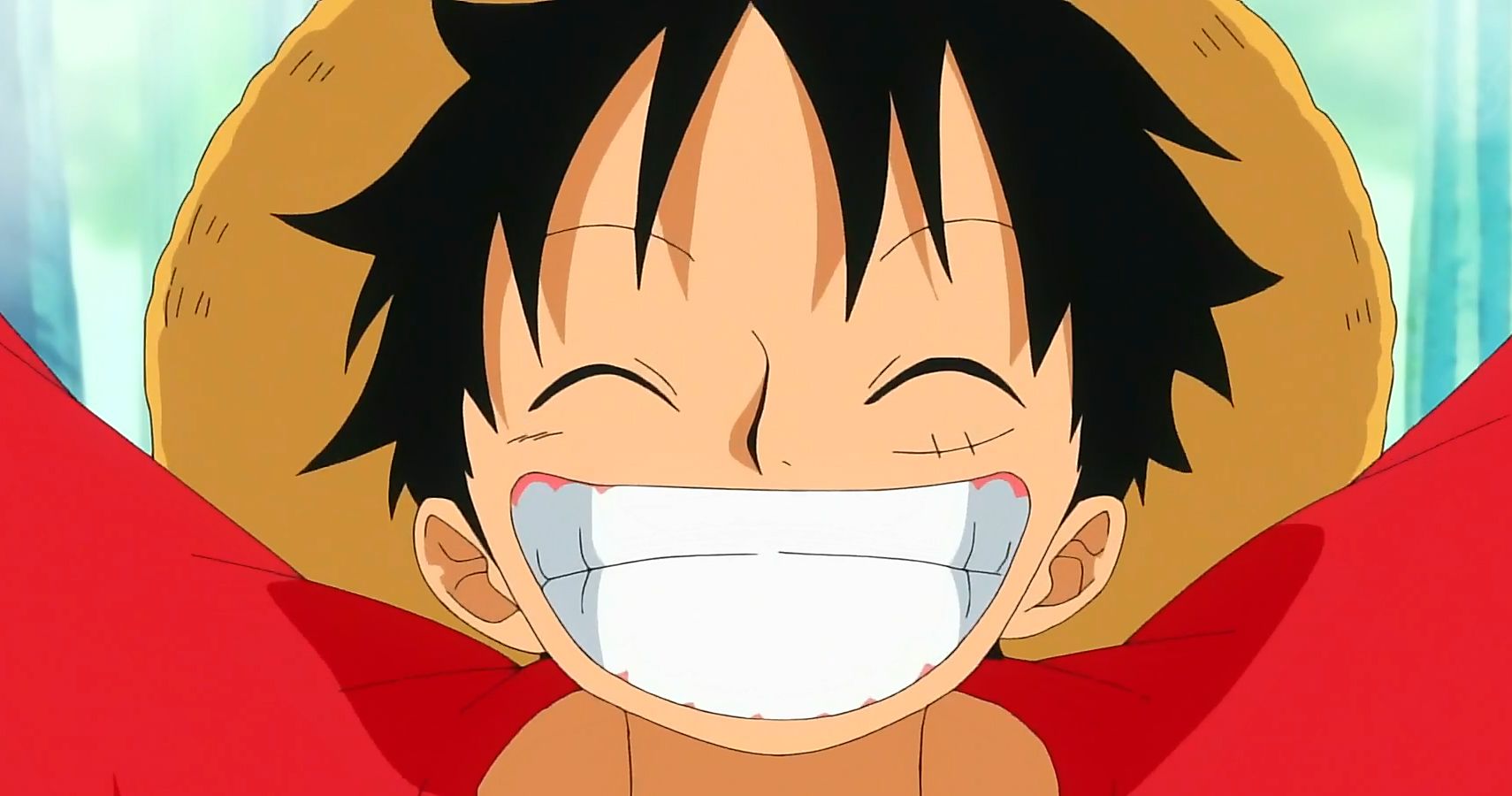 One Piece is known as the king of shounen, and for good reason. One Piece takes you on an adventure that crosses the entire world, and shows you every step of the way. By the time you’ve caught up with the series you’ll have a map of the world in your mind, an idea of the characters and cultures that live on the dozens of islands across that world. Oh, also it has a beautiful story about pirates, friendships, allegiances, and romance. One Piece truly is the king. It’s also very long. Um, maybe read the manga if you have limited time. 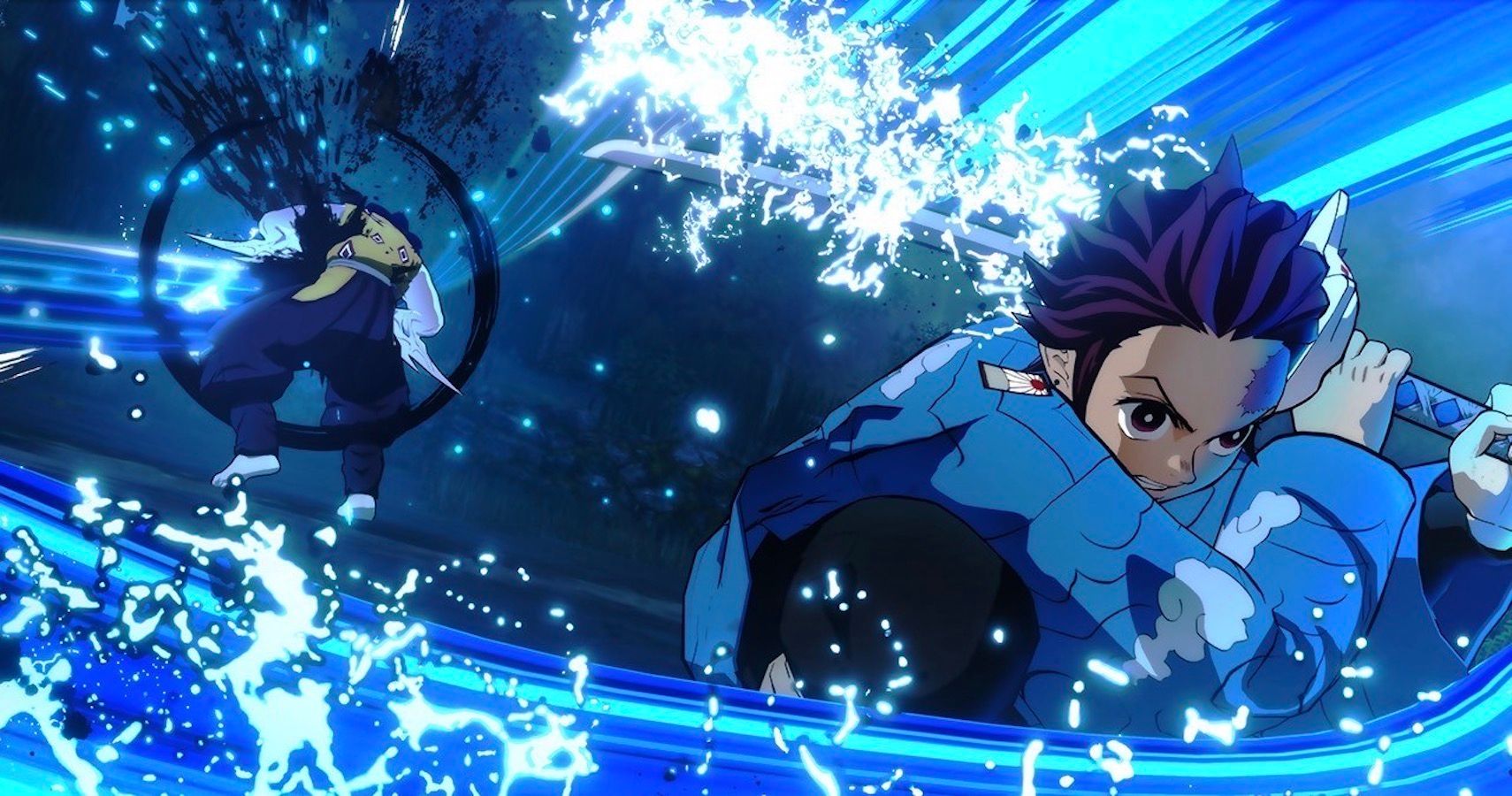 Demon Slayer is one of the only franchises in many years that has been able to compete with One Piece in terms of manga sales and popularity, and it’s easy to see why. Demon Slayer (Kimetsu no Yaiba) takes the hooks of strong franchises like Bleach and Naruto, and hones them to a fine point, with the animation talent of Ufotable to back it up. The anime looks gorgeous, the manga is incredibly strong, and the story of Tanjiro and his demon sister Nezuko is heartwarming and adorable. An excellent choice. 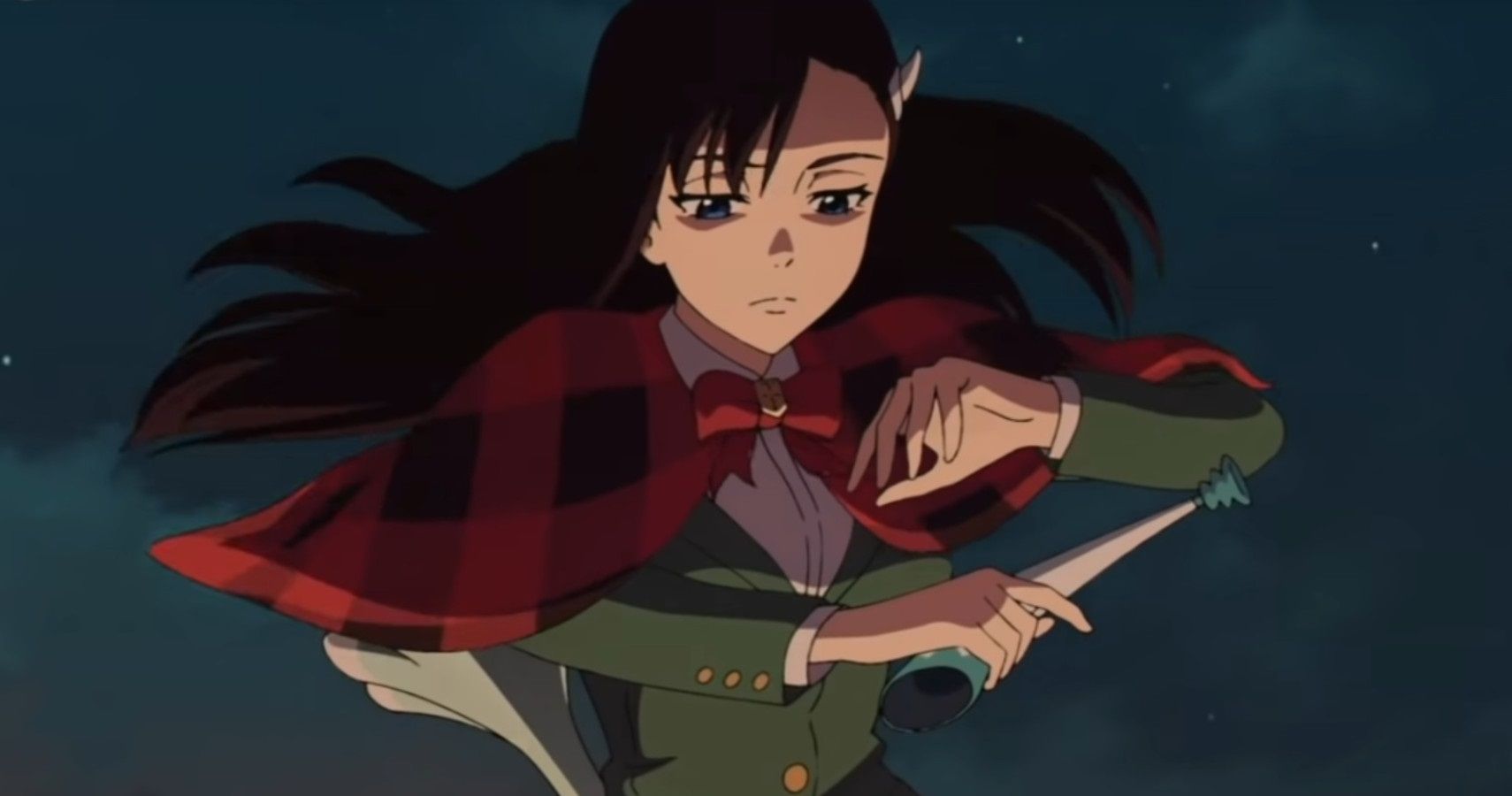 Burn The Witch marks the return of Bleach author Tite Kubo to the anime industry, and while there are only three episodes making up his new Bleach spin-off right now, there will be much more very soon. Bleach had style and unforgettable characters, and we can only hope that Kubo will deliver the same kind of quality with his new franchise. 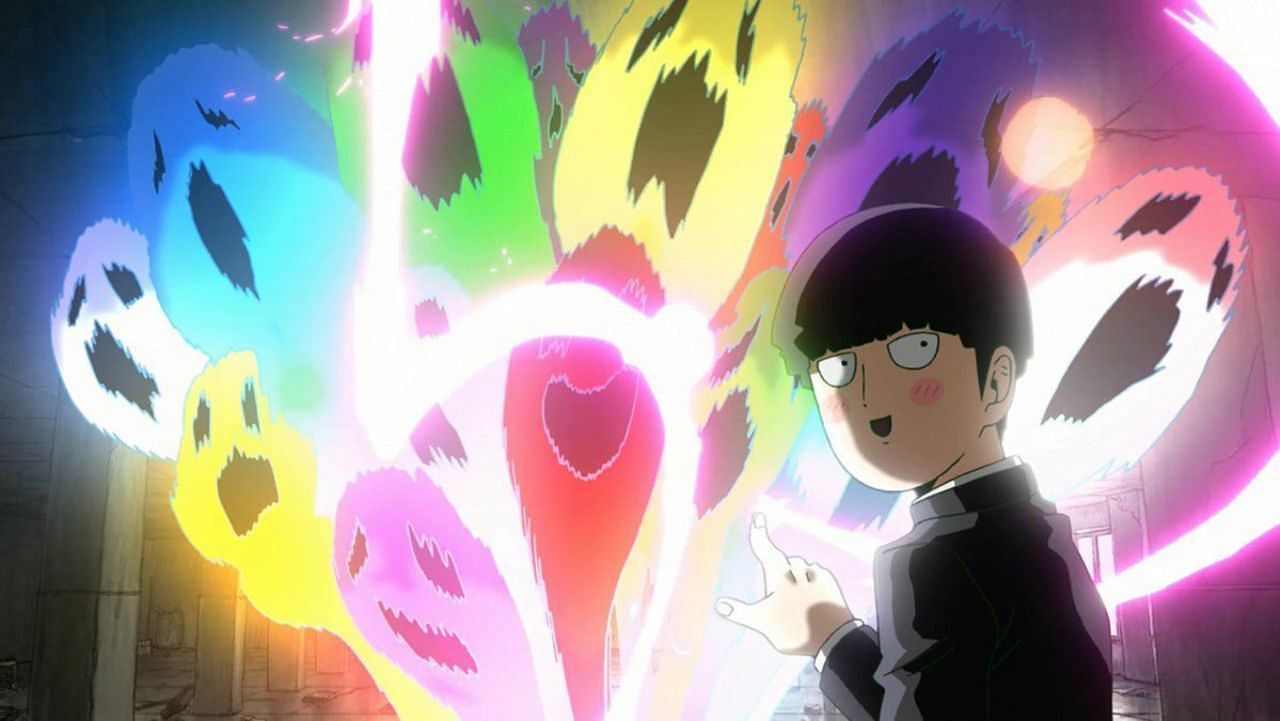 Mob Psycho 100 is made by the creator of One Punch Man, ONE, and it is every bit as funny, clever, beautifully animated, and charming as ONE’s breakout series. Mob is a young boy with unimaginable psychic abilities, but despite the fact he could achieve anything with them, he would rather try and accomplish things in his life without them. His search for meaning and attempts to improve himself and is body make for an inspirational story and Mob is one of the sweetest characters in anime. 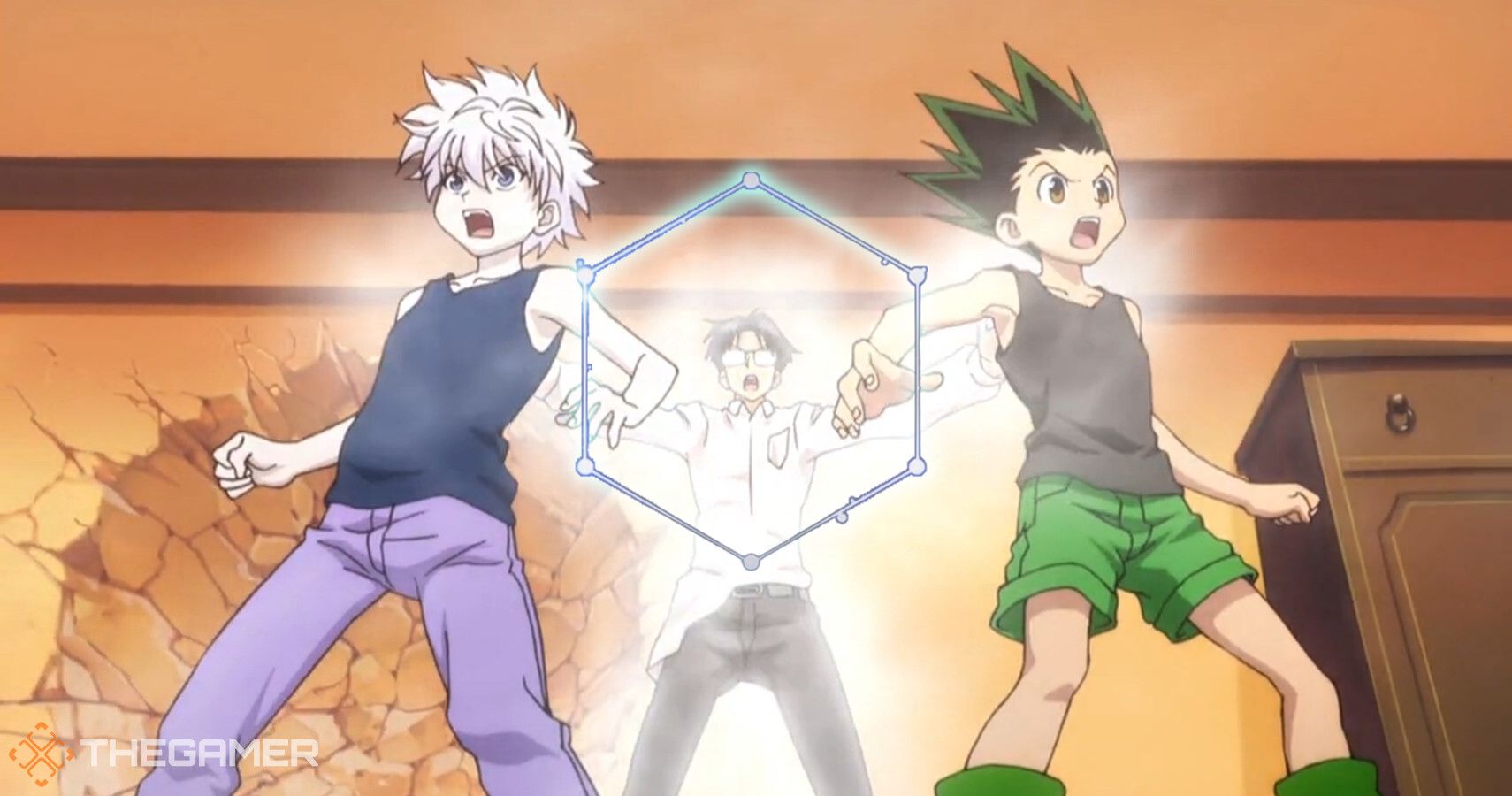 TheGamer’s Cian Maher won’t stop going on about Hunter x Hunter, and it’s not just because it’s one of very few anime that he’s actually watched. Togashi’s epic is an emotional story that’s more about the friendships and bonds the characters share than the epic battles they participate in – though that is also a factor. Hunter x Hunter is worth experiencing just for the creative Nen magic system alone.

Keep Your Hands Off Eizouken! 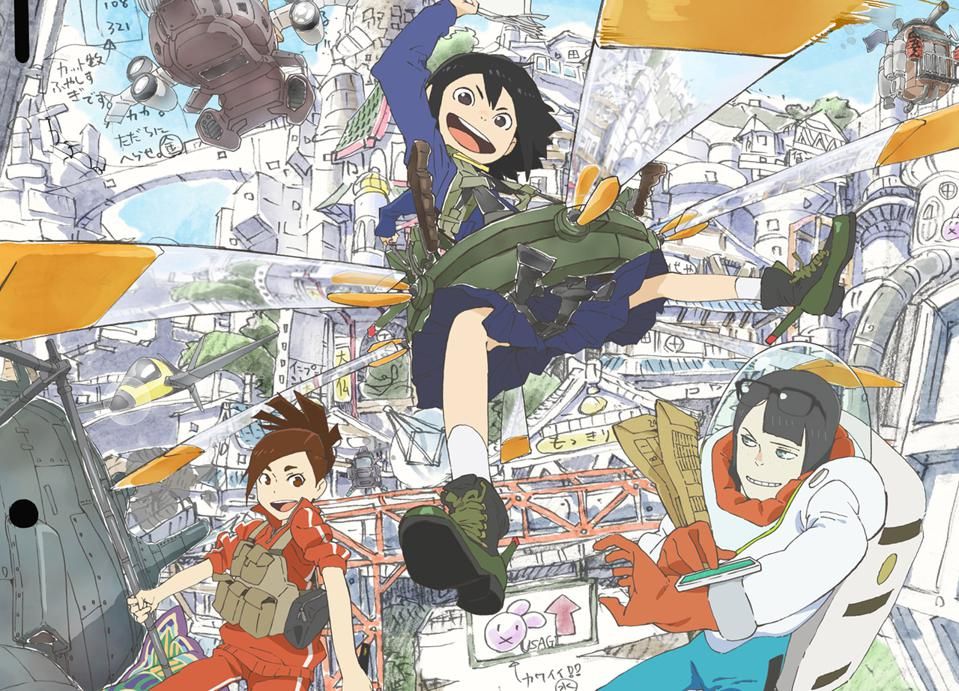 Keep Your Hands Off Eizouken is actually about the creative process, and how many things can go wrong. There’s no one better to create a story about wanting to become animators than a team of animators, and they pull this off magically. Eizouken follows three girls who have grand ambitions, and together they create their own indie anime studio out of their school which allows them to explore new worlds, while still having a surprisingly grounded approach to how a production like this is supposed to be run. 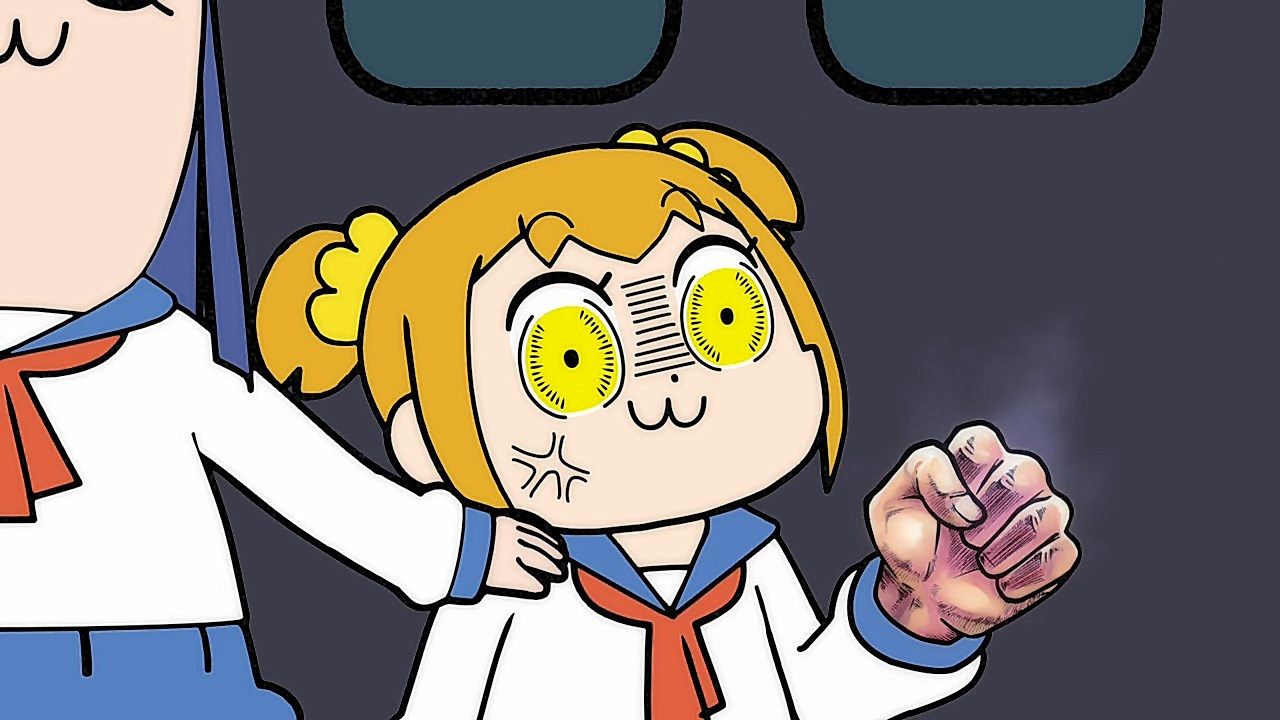 Pop Team Epic is dumb fun. The fact is, you’ve probably already seen Pop Team Epic through memes, reaction images, and more on Twitter, but when you experience it from start-to-finish, it’s something else. This is all peak Japanese humour and is hilarious. Also, the creators advertised this anime as a high school romance series, which it certainly is not, and speaks to whatever kind of insane brilliance they have collectively tapped into.

Next: Guide To The Best Netflix Anime To Watch In 2021 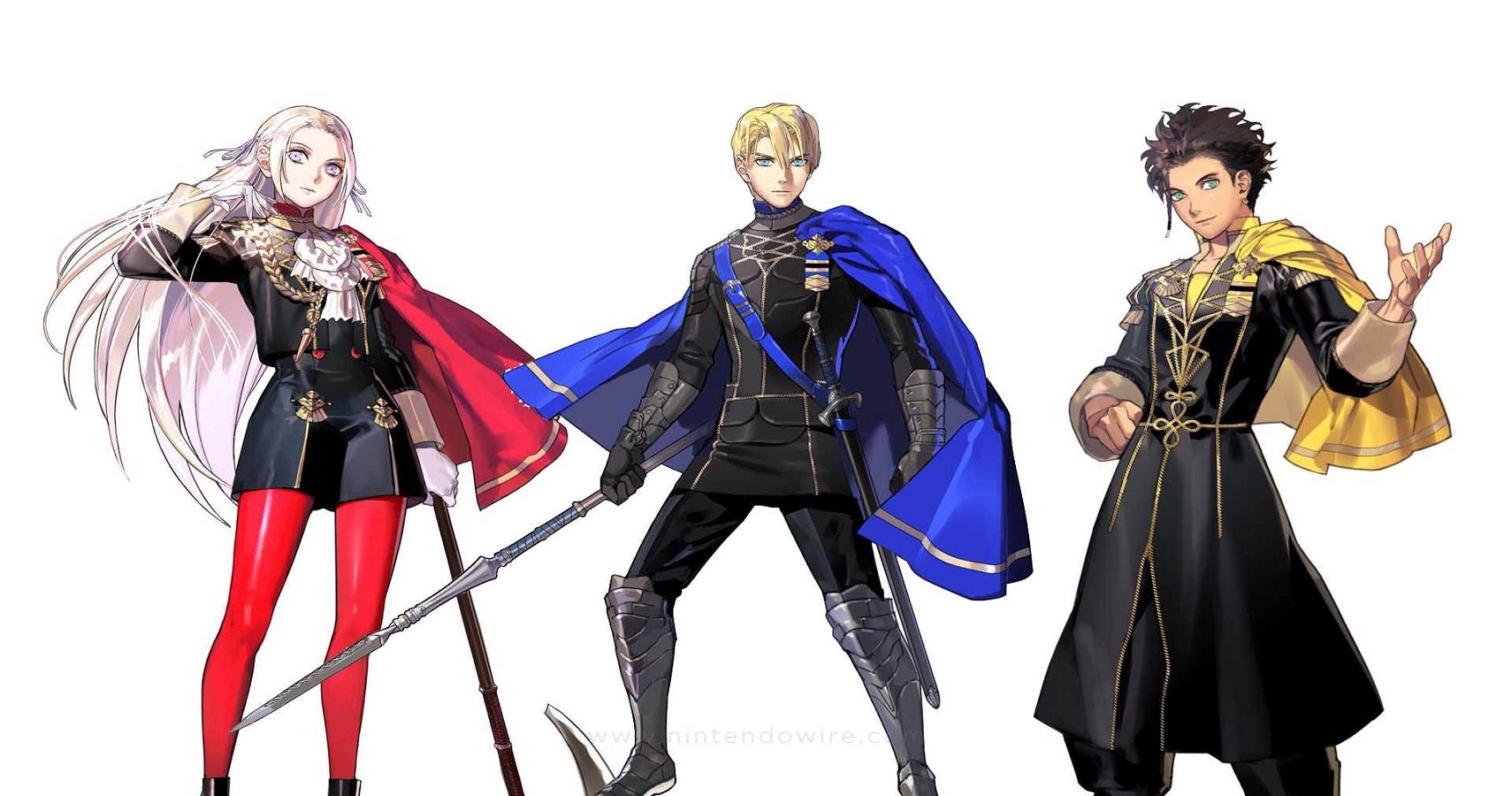