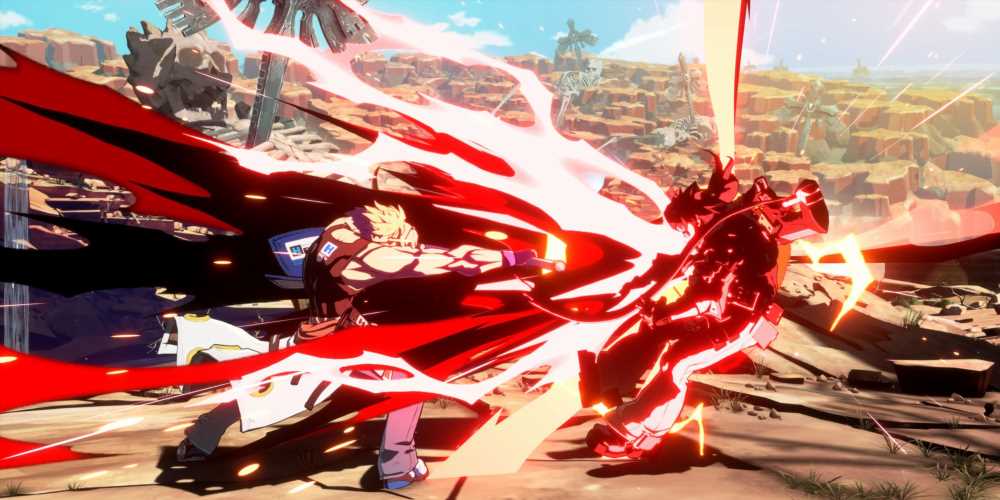 Hackers are just the worst. The lowest of low, scum of the earth, who not only need illegal means to be good at a game, but at times also use exploits that will ruin the experience for an entire lobby full of players. Competitive FPS games are usually the ones that usually suffer from hackers using exploits like wallhacks and aimbots, and they keep getting through no matter the defenses put in place by the devs. However, one of the latest victims of a hacker deluge is a fighting game, Guilty Gear Strive.

The single biggest issue with the game is a newly discovered exploit that hackers can use to make your game crash instantly. As reported by Vice, the exploit involves a hacker finding a way to remotely change a player's name, which causes their game to crash. The exploit entails using a player's unique ID or, as the game calls it, R-Code, which displays your information and stats. Since this exploit has become public knowledge, it is being used to target streamers, causing their games to crash while streaming.

"I'm going to be laying off of Strive until the R-Code exploit gets fixed," Tweeted streamer Remi Celeste I would like some more communication from [Arc System Works] about this as more and more streamers are getting hit (JP streamers included now)".

It appears that the exploit has now evolved, and is affecting almost every form of online play. Guilty Gear Strive pro, Hotashi Tweeted saying, "whoever is using this r-code exploit can now use this vulnerability to cause the GGST client to have some sort of leak, slowing the game to an unplayable crawl. This occurs even in training mode, and doesn't happen with steam in offline mode".

The exploit has emerged at the worst possible time, as a Guilty Gear Strive tournament hosted by ArcSystemworks, with a prize pool of $200,000, is coming up soon. The unfortunate part is that players need to perform well in a series of online events in order to make the cut, and this exploit is going to throw a wrench in their preparation.