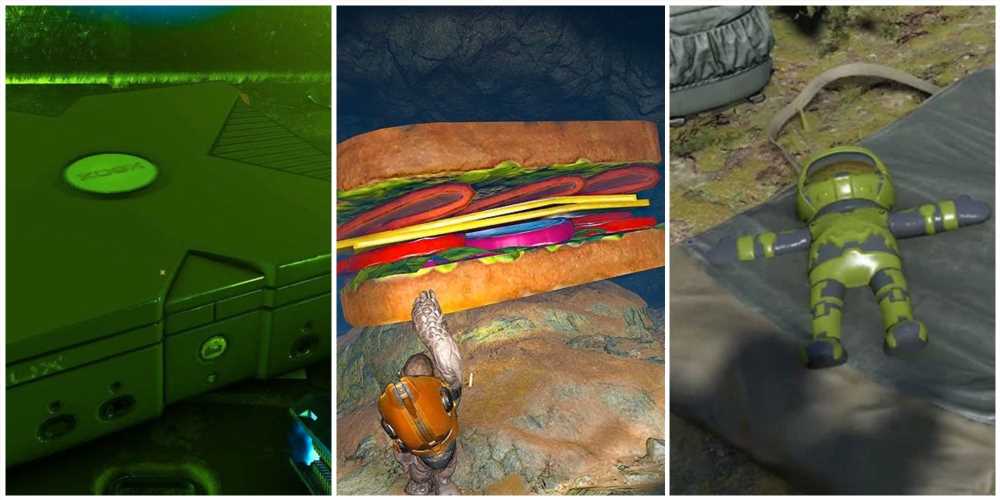 Halo has a long-running relationship with easter eggs and has even turned the process of finding skulls into a hunt in and of itself. Halo: Infinite is no different and falls in line with what the series has made people expect.

It has a good collection of references to the Halo franchise, paying homage to many of the fanbase's favorite aspects. Halo: Infinite's open-world asks you to explore and search every nook and cranny as you may come across something that might delight, frighten, or simply surprise you. 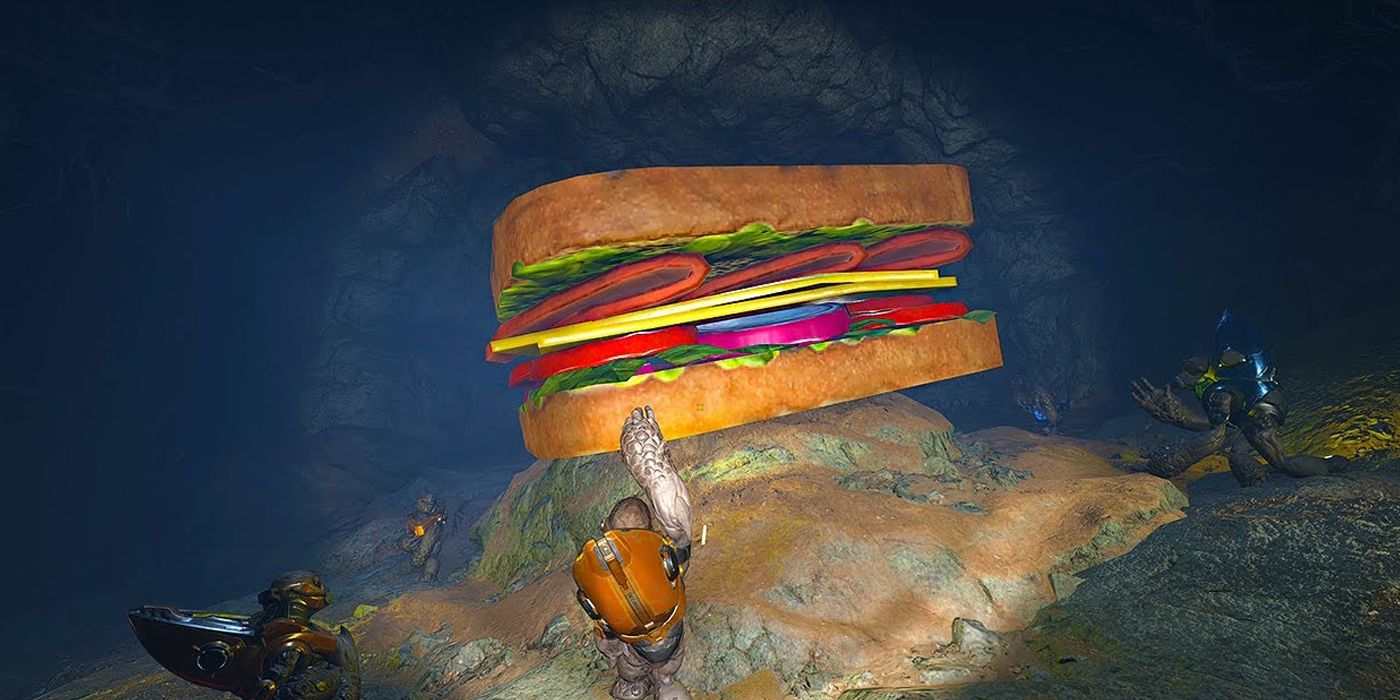 When looking for easter eggs in games, it's assumed that they'll either have some attachment to the game they're in, reference other games in the industry, or may harken to something known in pop culture. Very rarely do you get an easter egg that feels equal parts random and outrageous.

A giant sandwich can be found just south of the first Spire structure you takedown as the Master Chief. You'll need to grapple up into a small gap in the rocks. 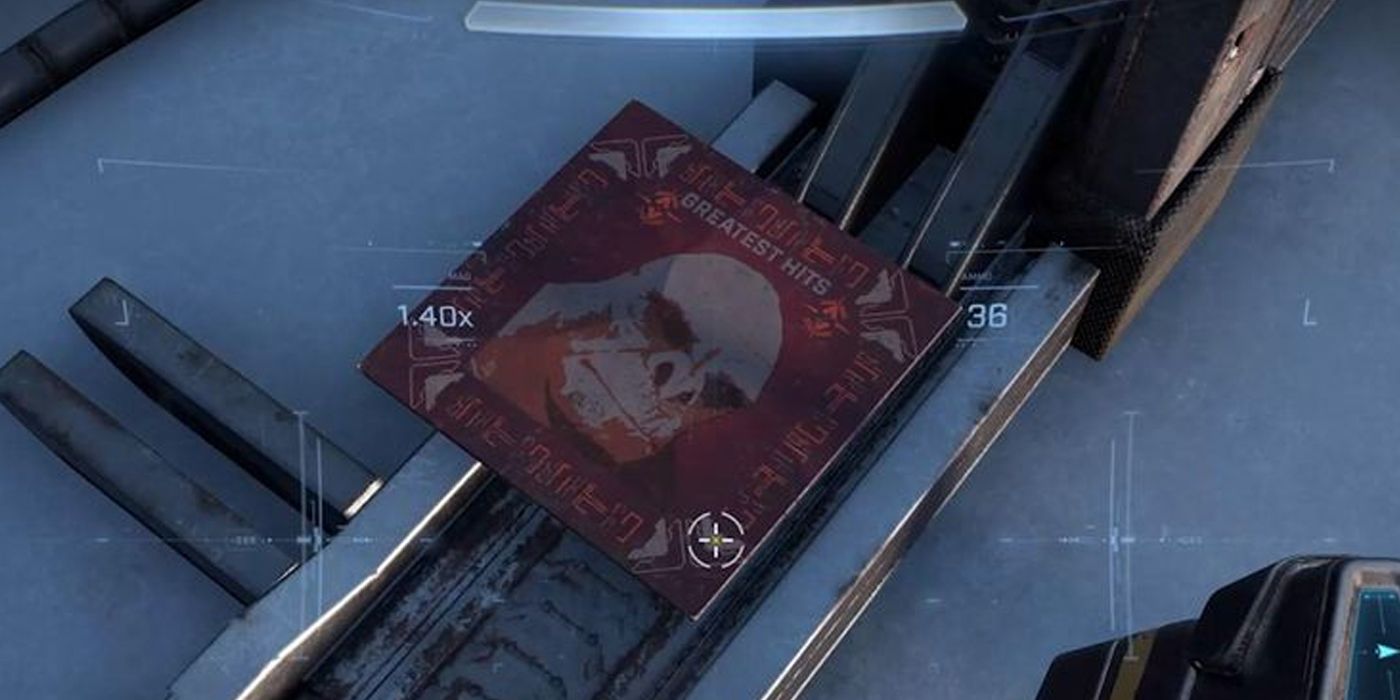 During the original unveiling of Halo: Infinite, the internet critics became obsessed with a visually unappealing brute that the community nicknamed Craig. Well, the developers ran with it, and in addition to giving the poor brute a facelift, they made him a rockstar who toured the Zeta Halo ring with his band.

The structure is simply known as The Tower – you come across it in one of the game's first missions, and is where you'll find his band setup. It sits at the top of the tower and requires you to scale it with your grapple shot. 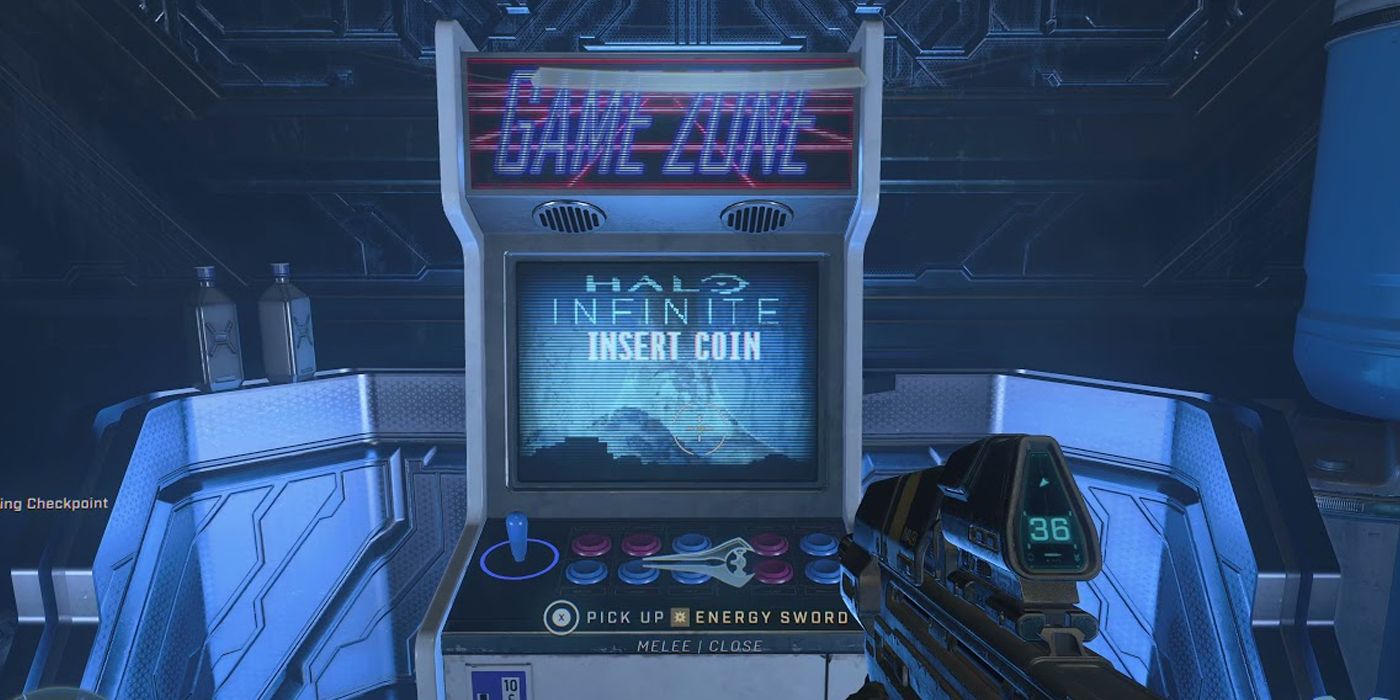 As with most modern video game franchises, Halo owes most of its existence to the popularity of arcade cabinets in the '70s and '80s that led to people wanting to play video games in their homes.

An easter egg in Halo: Infinite brings the past and present together with a Halo arcade cabinet. It can be found rather early in the game, shortly after entering the open world. Just outside of the Outpost Tremonius exit is a Spartan Core collectible, down a cliff to the right of the exit. Next to this collectible is the arcade cabinet in all its glory. 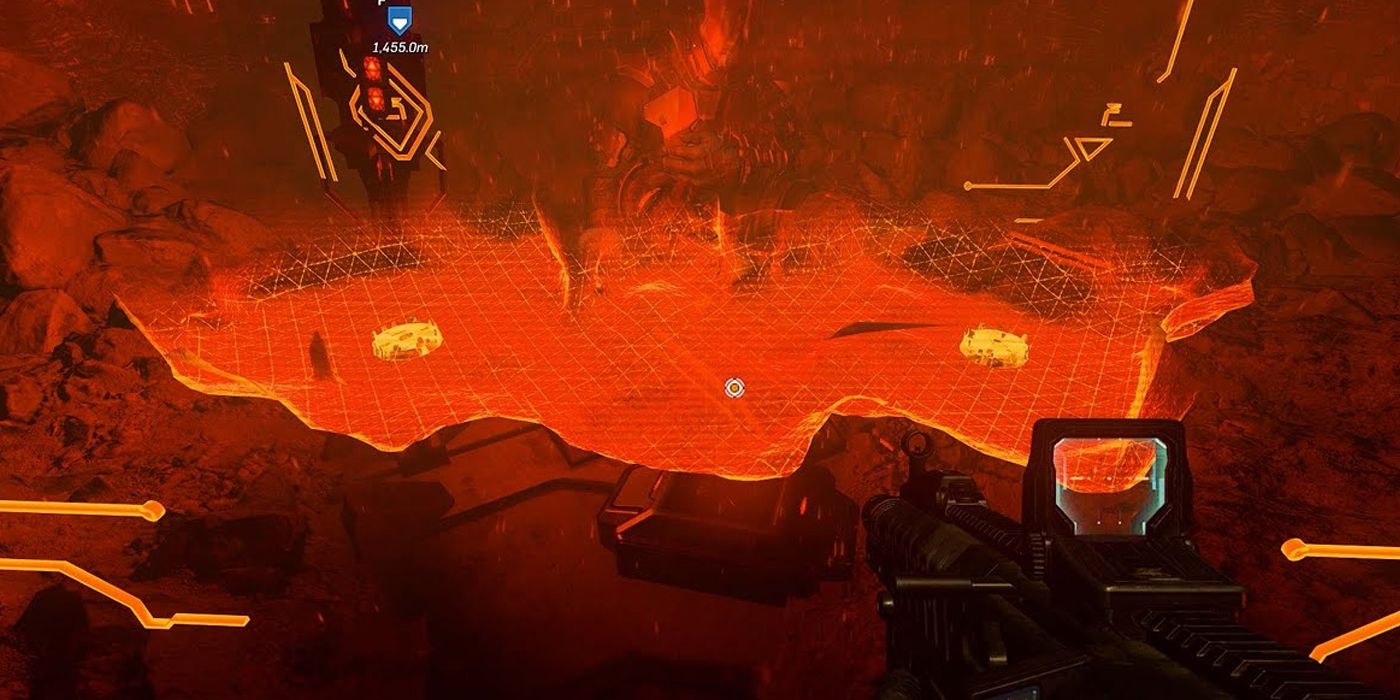 When talking to Halo series veterans, very few combinations of words resonate and spark nostalgia like the name Blood Gulch. This map built a legacy of its own and you'd be hard-pressed to find a long-standing Halo fan without a Blood Gulch-related story of their own.

A hologram of this very location can be found in Halo: Infinite. Inside the Riven Gate outpost, inside one of the Banished underground tunnels is where you'll find the hologram in question. 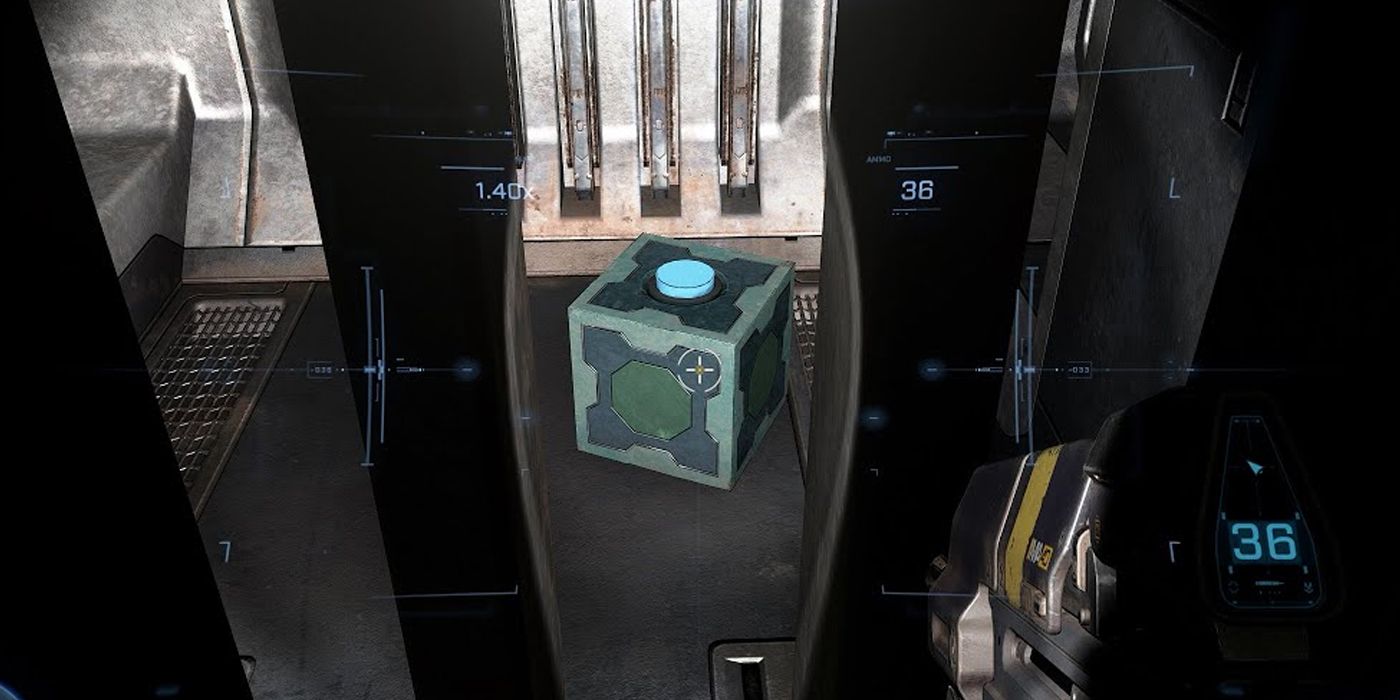 These days it seems that a video game isn't complete without an easter egg referencing one of the most popular cartoons currently in production, Rick & Morty. The Mr. Meeseeks Box can be found rather early in the game, in the tower that the Craig easter egg previously discussed sits above.

This location is The Tower and inside one of the metal grates in the building is the box. It can be found in one of the circular rooms as you're scaling your way up to the top. 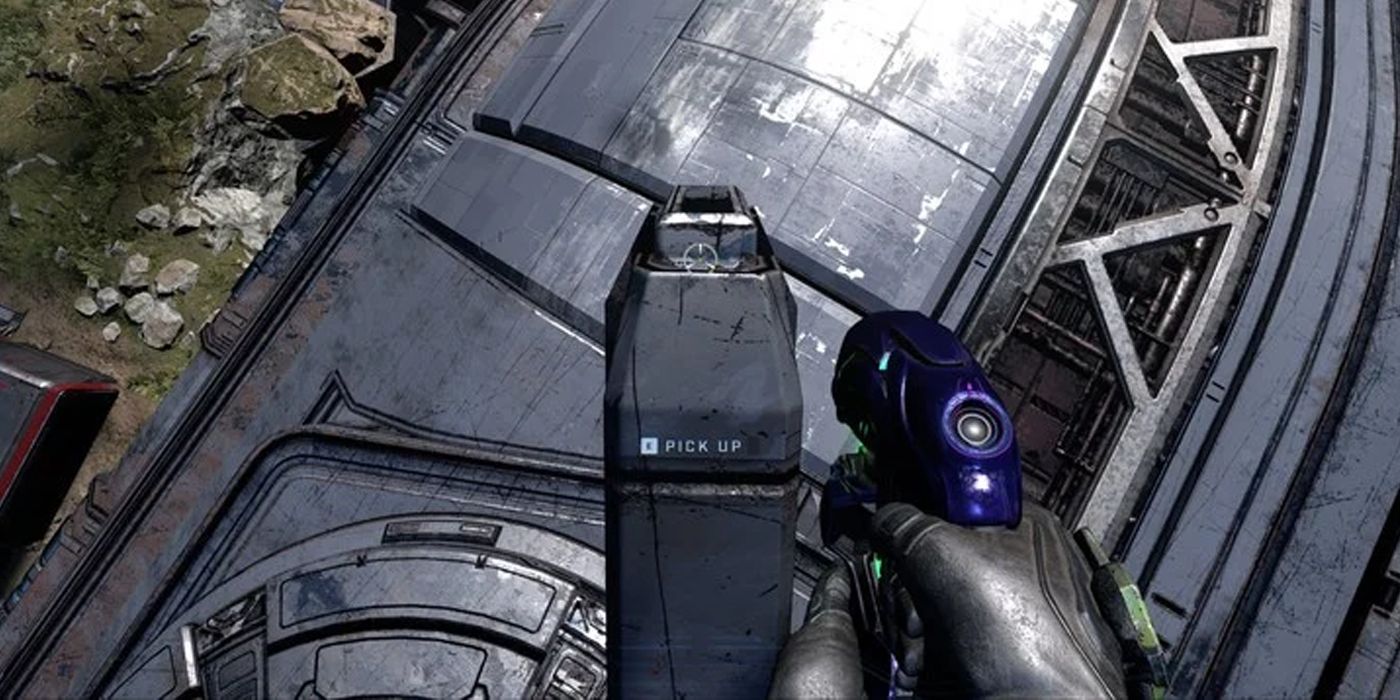 This easter egg is rather controversial among the community in terms of whether it should be saved for a second playthrough or not. You can get your hands on an invisible gun that shoots similar to the Scorpion tank and can easily take down anyone or anything in your path.

It can be found on top of the crashed UNSC ship you spot right as you enter the open-world of the Zeta Halo Ring after exiting Outpost Tremonius and coming to the surface. 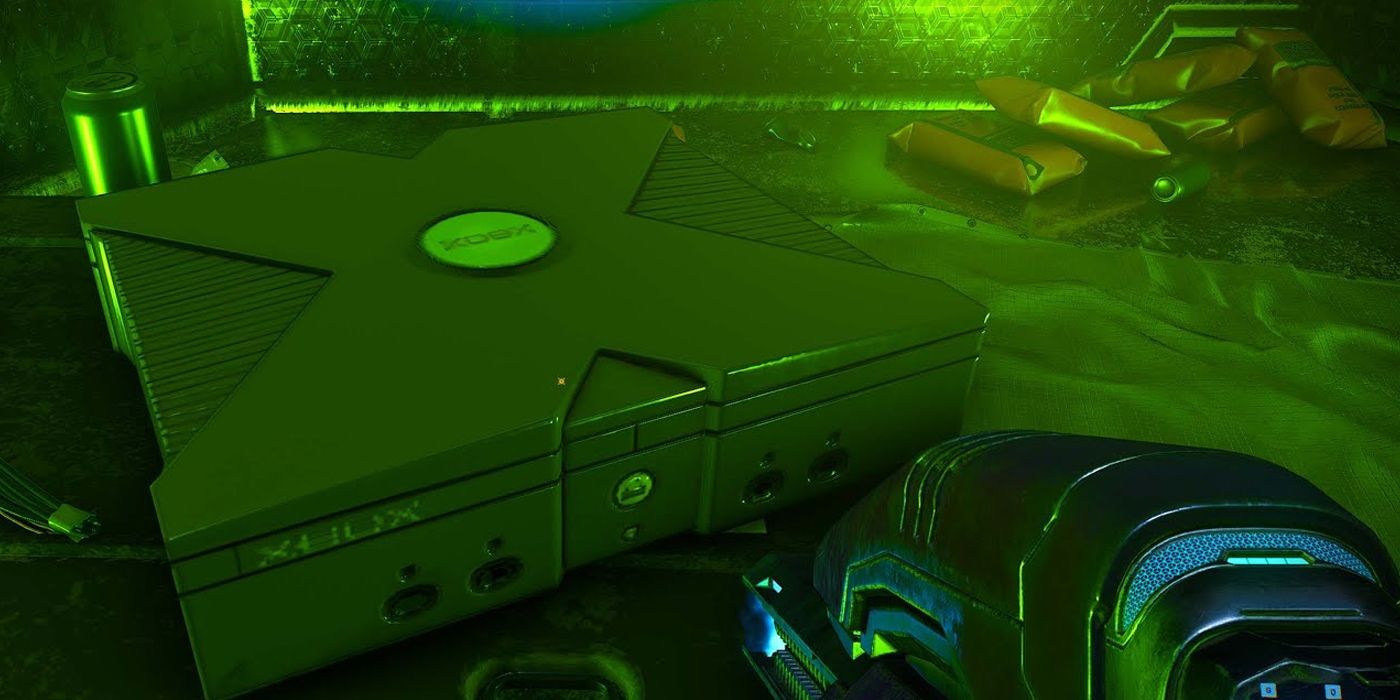 At this point in the Halo series, it's clear that the alien forces Master Chief is tasked with taking down are complete degenerates. The fact that they'd hide away from their superiors and the battle to get some gaming in should come as no surprise.

During the latter half of the game's campaign, you'll need to shut down beacons. An Xbox gaming setup can be found just southeast of the north-westernmost beacon. It will take a bit of clever grappling to navigate through a hole in the roof of a nearby cave to witness the Xbox cave in all its glory. 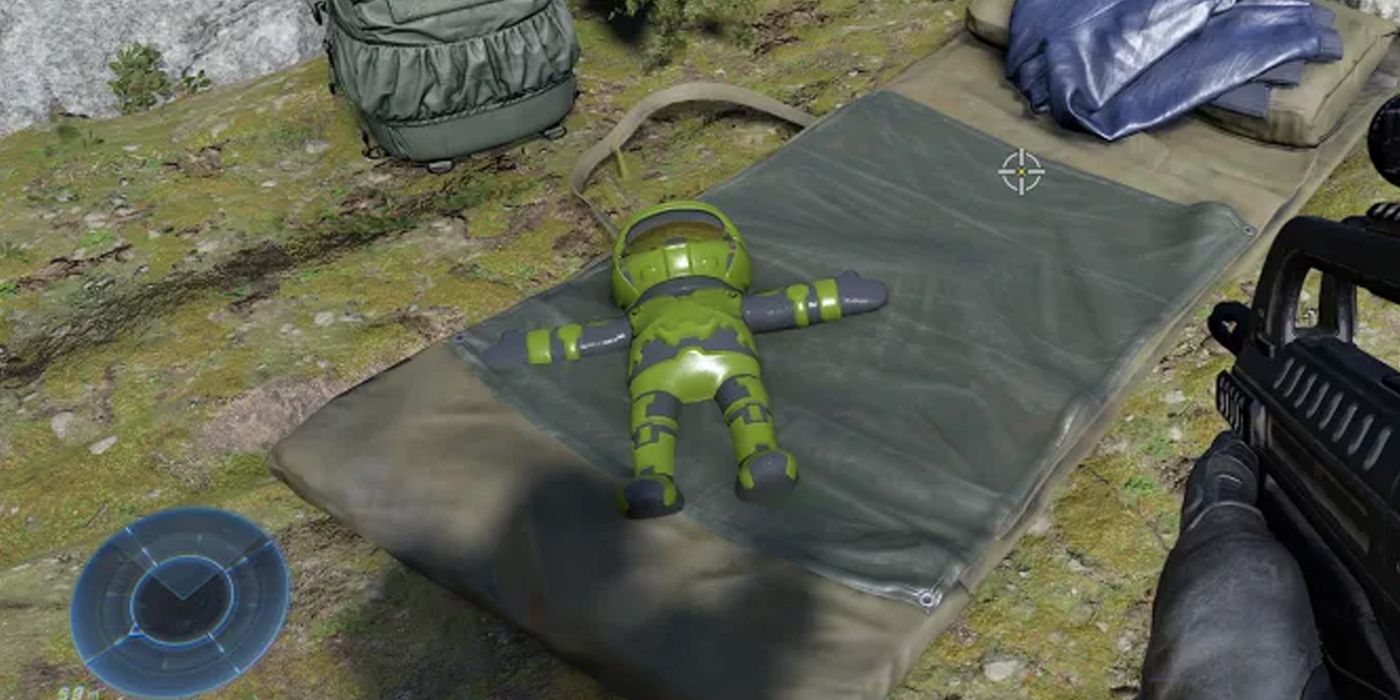 Halo usually does a good job at giving the iconic characters in the series their moment to shine and in Halo: Infinite, it goes the extra mile by giving them their in-world merchandise. As there are so many, it'd be impossible to list all of their locations, but for those who wanted to see plushie Master Chief, his doll is not hard to find.

After flying in the Pelican after the first open-world mission, players will land at a UNSC base. On the side of a nearby cliff, the green armored warrior can be found snuggled on a blanket.