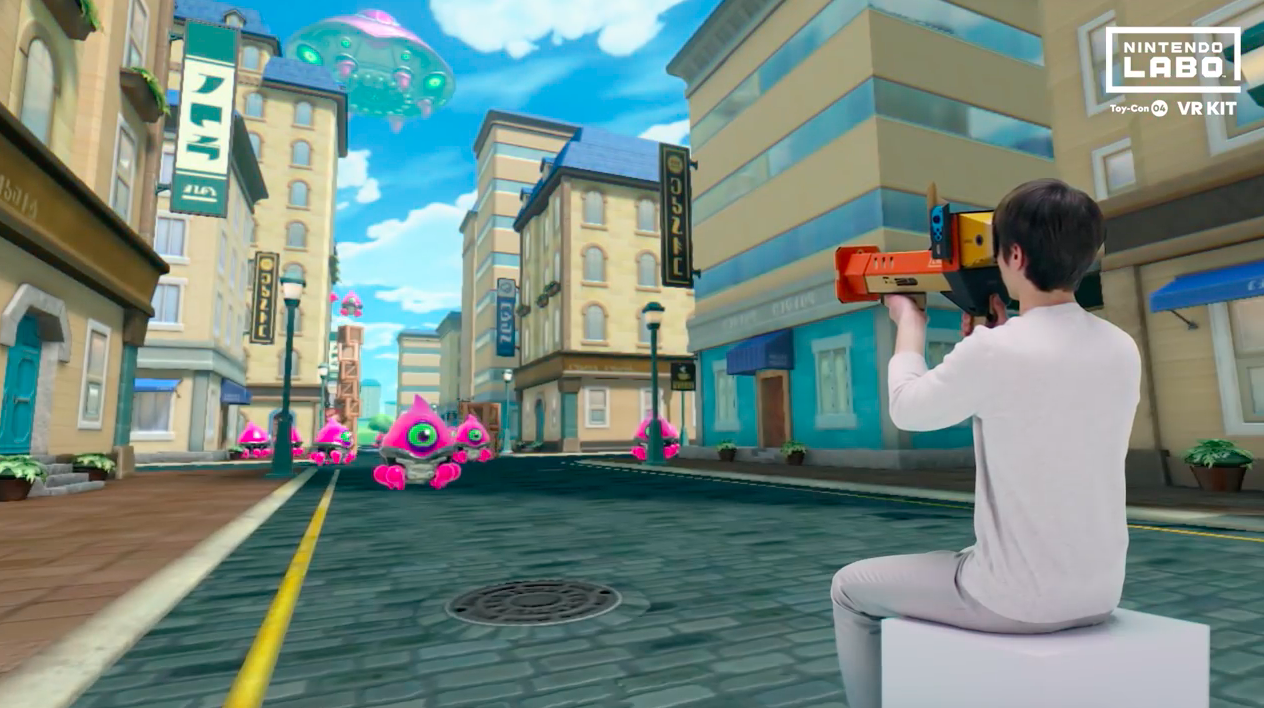 “For an experience that many would write off as ‘for kids’, Labo really delivers some bleeding edge VR experiences that anyone can use”

Maybe you spent the afternoon making the blaster with your family, and now you get to watch as everyone takes it in turns trying to beat each other’s score as they motor around a cartoon world, blasting squids and turtles off walls with the robust, satisfying cardboard weapon they’ve created.

Or maybe you built the pinwheel – giving you access to a few games where you use your breath to inflate balloons, or where you have to blow targets off a wall.

Maybe you build the duck, and now you’re taking a literal bird’s eye view through a race around an island paradise.

Anything you make, you can play – and that’s the beauty of Labo VR. 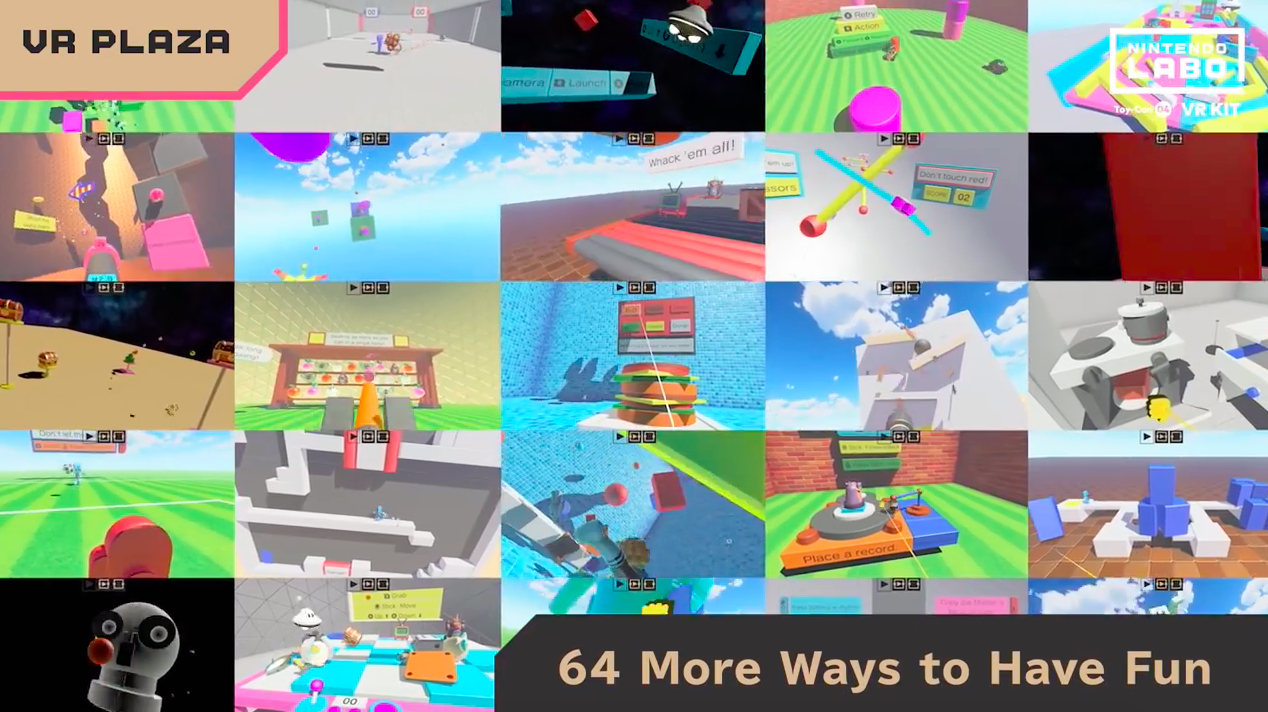 Labo VR’s biggest success is in lowering the barrier to entry for premium VR experiences.

All you need is a Switch and the Labo – for an all-in price of no more than £300 if you’re smart about where you buy it.

Compared to the £400 plus you’ll need for a PS4 and PSVR (and the expensive Move controllers on top of that) or the mega-rig you need to run an Oculus Rift or HTC Vive, Nintendo really does undercut the competition.

If you’re thinking about the mobile VR counterparts – the Samsung Gear or the Oculus Quest – which come in far cheaper, Nintendo shows them up, too.

It’s all in the peripherals and how the JoyCon come in, acting as super precise control nodes for in VR. 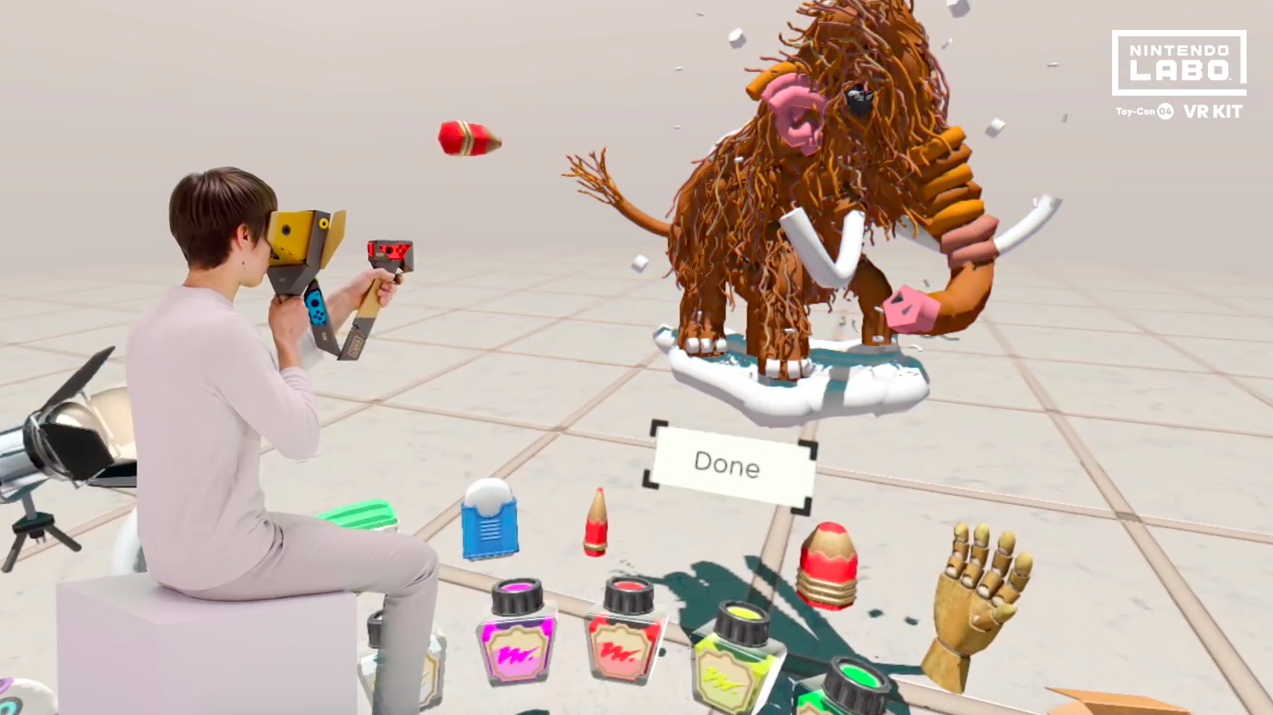 By default, thanks to the versatility of the Switch, Nintendo has solved all the issues that have hamstrung VR for other developers in making the Switch the screen and the JoyCon the controller solution.

In fact, the elephant peripheral is ‘the most precise controller Nintendo has ever created’ we were told in our hands-on session.

One JoyCon sits at the base of the trunk, and the other fits in your hand – at the end of the trunk. Using this, you can create intricate paintings and super detailed 3D images because the Switch knows exactly where your virtual brush is, what angle it’s at, and how you intend to draw with it.

For an experience that many would write off as ‘for kids’, Labo really delivers some bleeding edge VR experiences that anyone can use… just for the buy-in price of a Nintendo Switch. 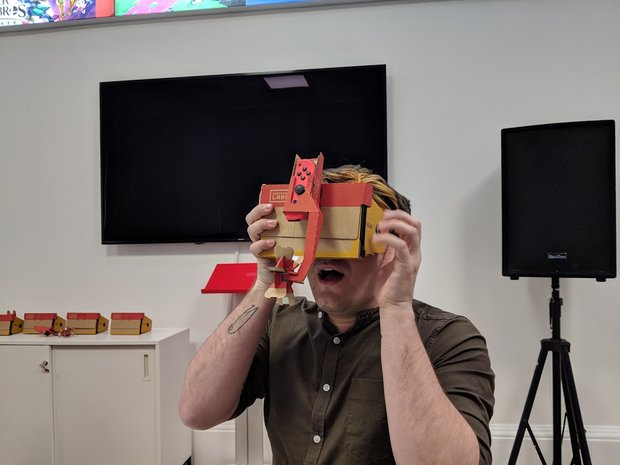 Once again the creativity Nintendo has demonstrated in composing these VR experiences puts most of the rest of the industry to shame.

Sure, Sony might have games like AstroBot Rescue Mission and the upcoming Ghost Giant, and Oculus might have introduced the world to the rhythm action genius of Beat Sabre, but here – in one fell swoop – Nintendo has jumped in and offered us a full suite of creative, unique games that not only changes how we interact with VR, but could potentially alter the course of the platform in general.

By making VR accessible, kid-friendly and – importantly – cheap, Nintendo has the potential to bring VR into the mainstream and show everyone how fun and playful the hardware can be.

Remember how Nintendo managed to get the whole family on its feet, using motion controls and playing games together with the Wii? Nintendo Labo VR has bottled that same lightning, and the result is nothing short of magical.