Everyone knows how awesome Divinity: Original Sin 2 is, right? So why stop there – many of the characters and skills are back for another round in Divinity: Fallen Heroes. Instead of being a sprawling narrative like D:OS2, this is a more tactically-focused title, bringing a set of heroes and characters into fight after fight. Since the combat in D:OS2 is awesome, this game seems like a pretty good idea, and I had a chance to play through a battle at PAX East 2019. 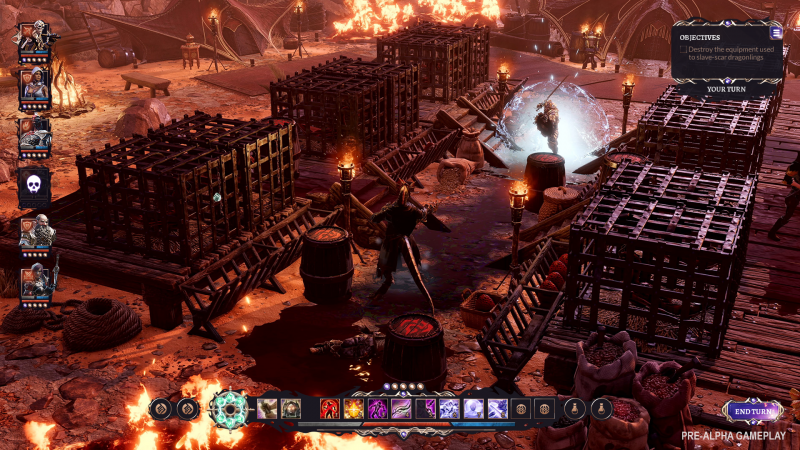 First off, the demo is pretty difficult. I was told that only around 10% of the people that attempted it completed it successfully. I would like to say that I was among that heralded group, but alas, I got stomped. After some exposition, I got to select my team. I recognized one of my favorite characters from D:OS2, Lohse, so I picked her first. After that, I got to select from a pretty diverse pool of “standard” characters, stuff like mages, archers, rogues, soldiers, healers. Basically a big old box of fantasy RPG archetypes to draw from. Then to make things even more interesting, I got to pick a few special items to take into combat as well. There were many choices, but I settled on a magical healing apple and a cowbell. The cowbell polymorphs an enemy into a cow, so that pretty much won me over on the demo right then and there. 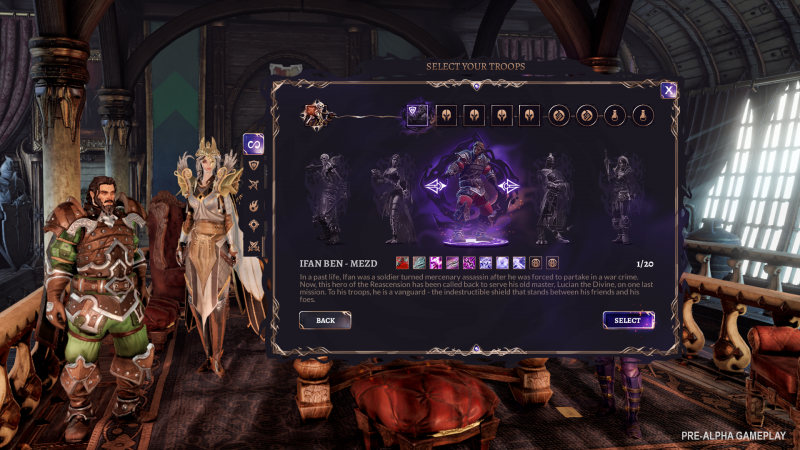 The combat is essentially exactly as players remember from D:OS2. Some abilities have been changed slightly for balance reasons, and there are new elements on the battlefield that make for interesting interactions. Some magical gunpowdery stuff littered the ground all over the battlefield, and could be triggered to create an explosion with a potent knockback blast. My mission was to destroy several giant ballistas that fired upon my team every round, so coming up with a strategy to defeat them swiftly was the task. Instead of focusing on the ballistas, I quickly became mired in many small combats with annoying enemies, taking up all of my time and action points, and my team eventually fell. But at least I got to turn one of them into a cow. 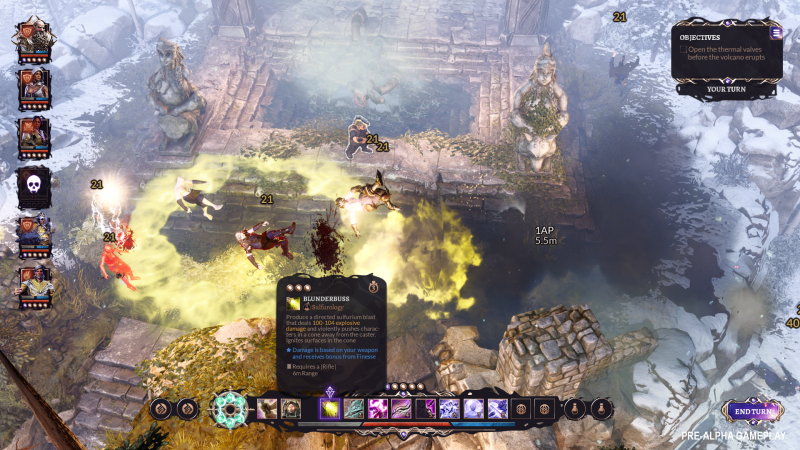 The notion of “Divinity meets XCOM” is a fairly seductive game concept, and based on what I’ve seen so far, we’re looking at another win for Larian here. There’s no date for release yet, but I can’t wait to mix up my team comp and take another crack at those ballistas when it arrives.