At PAX East 2019, I went hands on with the roguelike tactical RPG Mistover. In a nutshell, it’s like what would happen if Darkest Dungeon and Etrian Odyssey had a baby. An anime baby. Featuring a cool cast of characters including witches and grim reapers, the stylized combat loaded with tough choices is the highlight of the experience, but moving around the map from encounter to encounter comes with its own set of interesting foibles as well. 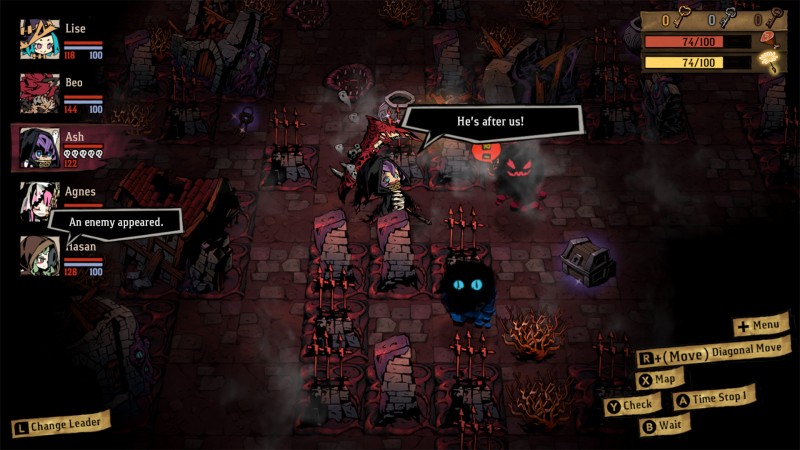 You can hide in bushes, eat food, discover keys and treasure, and basically plot your course through the unknown in search of the dungeon exit. There’s a tough decision to be made even after you find it – should you stick around and hunt down more loot, or get out as soon as possible? Death is permanent, and the monsters don’t mess around. One wrong turn could very well be your last. Don’t worry too much though, as you can always recruit more adventurers to tweak and perfect your team. 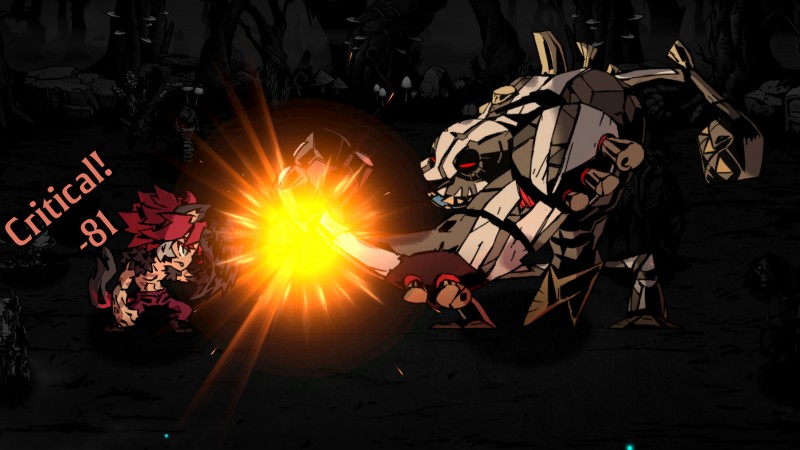 If you get into a fight (you can attempt to avoid them by using the environment, which is a smart move), that’s where the action gets going. Combat relies on each character having a vast array of skills that can help them buff, debuff, attack, and position to help things go smoothly. Arranging how your team is laid out during the course of combat is critical, and luckily there are plenty of abilities to assist with that, like a paladin scooting up a few squares with a charge attack. While there are bread-and-butter basic attacks and the like, many abilities come with risk/reward choices that have you constantly debating your next plan; should you risk attacking with a big critical hit that might debuff you as a side effect? How long is the fight going to last? After keying in each move, there’s a stylish animation segment as the skill plays out.

Mistover is coming out this summer to Switch and PC, and I can’t wait to go crawling through the darkness with my anime pals.