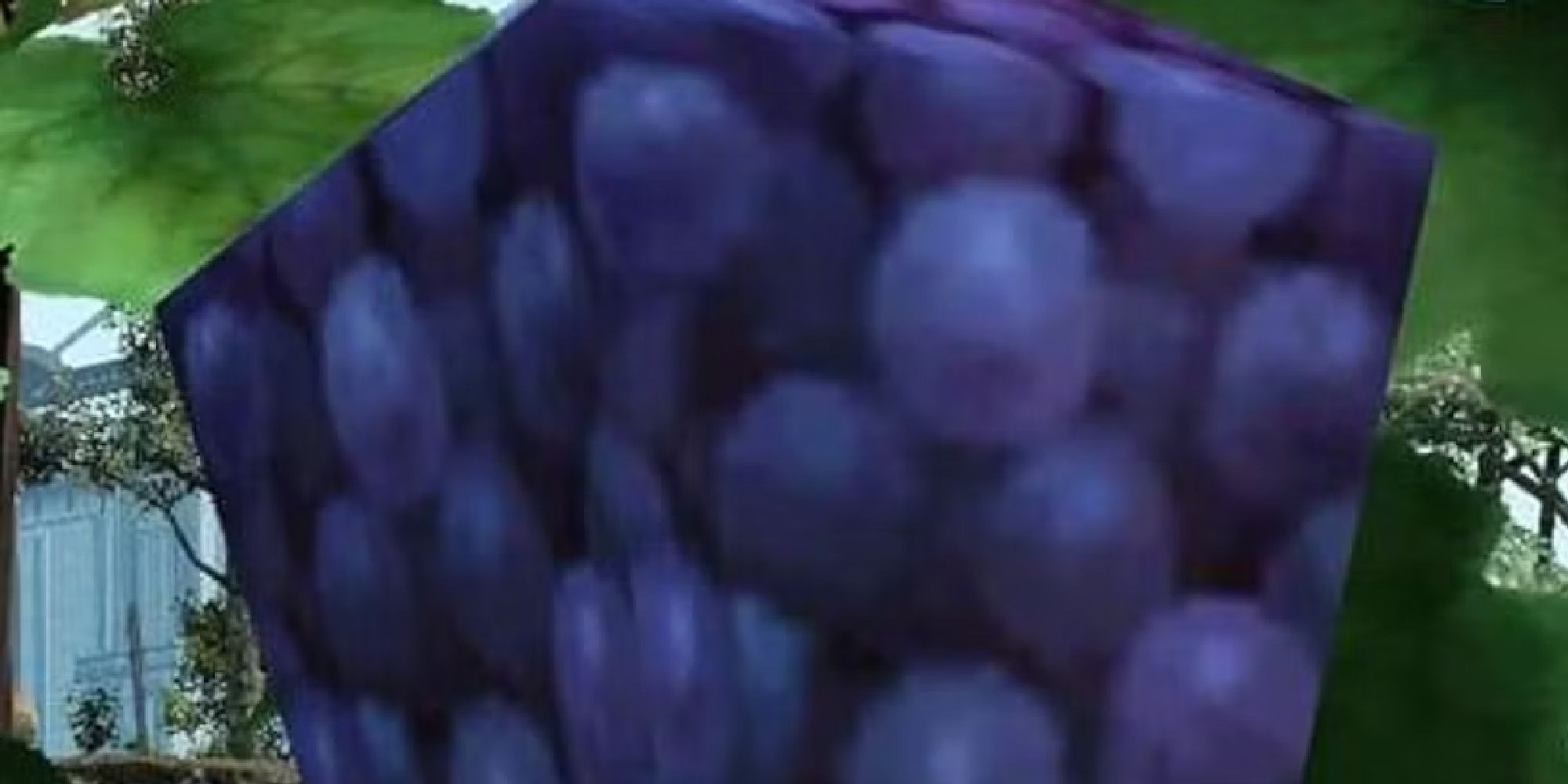 Endwalker? Island Sanctuary? Nah, the biggest Final Fantasy 14 story of the past few years has been its low-poly grapes. These caused a huge stir in the community, ruffling a few jimmies, and even prompted Square Enix to go back and round out the edges, but now they're back and, thankfully, not as NFTs. Not that I want to give SE any ideas, mind.

One fan on Twitter, called Mrhappy1227, was exploring Square Enix's newly released life-sim Harvestella and came across some suspiciously familiar blue grapes. They're not as blurry, but they're in a similar janky shape with harder edges. These are Final Fantasy 14's grapes, immortalised forever in a completely different game (thanks, GamesRadar).

"Hey @SquareEnix, really appreciate this [Final Fantasy 14] reference you've got in Harvestella," Mrhappy tweeted. "Ignore the wheat text, that was separate." He attached a zoomed-in picture of the grapes that you can see below, ripe for harvesting.

Grapegate was a big controversy in December last year as fans and streamers alike took to Twitter to lambast Square Enix for daring to include a low-poly fruit model in its MMORPG, but there was a perfectly good reason – performance. You're probably not going to notice a few grapes on your adventures to fight god, or at least that's what Square Enix thought.

But the idea was that to alleviate memory usage in the area, Square Enix would use a low-poly grape model. It didn't bet on everyone shoving their faces up close and comparing them to other grapes in the game, which people absolutely did.

And they didn't like it, so Square Enix patched it out. But the nostalgia for the grapes almost immediately kicked in as people created memes to memorialize this huge loss, with some even turning them into fashionable earrings.