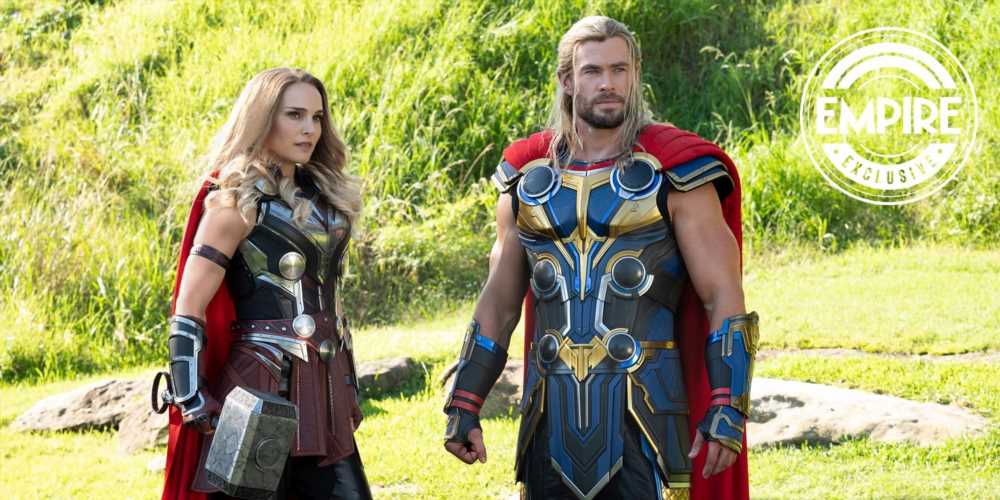 It's not long now until Thor: Love and Thunder is with us. There's a whole lot of anticipation for Thor's fourth outing (try saying that fast), especially since we haven't actually seen a whole lot of it. Sure, we got the first trailer last month, but that was pretty light on concrete details. All we know is Thor's chilling out, and Jane Foster is strong as hell. And even then, we only got a quick glimpse of her.

Thankfully, Marvel has given us a better look at the returning heroine. A new image has been shared of the hammer-wielding duo as they appear in the upcoming film, finally giving us a good look at the all-new Jane Foster. As we can see, Natalie Portman has done a hell of a lot of training for the role, as she boasts muscular arms that rival Thor's. Her Mighty Thor costume is, of course, complete with a cape, and she heroically wields a repaired Mjolnir with ease.

Seeing Jane in better lighting definitely has fans excited. Many are taken aback by just how bulked up the Mighty Thor is looking, and are even more impressed with her costume than the OG Thor's. His outfit definitely isn't being loved by everyone, looking much more cartoony compared to Jane's. But if the trailer is anything to go by, this is going to be a very colourful movie.

Alongside the new still, Taika Waititi has also shared some information about the story.

"It’s been about eight years [since Thor's breakup]," Waititi says in the interview. "She’s had a whole other life, and then the love of your life comes back on the scene, and is now dressed like you. It’s a real mindfuck for Thor."

Waititi also shares that it wasn't always part of the plan to cover the events of the Mighty Thor comics. "You don’t want Natalie coming back and playing that same character who’s walking around with science equipment", the director explained. "You know, while Thor’s flying around, she’s left on Earth, tapping her foot going, ‘When’s he going to be back?’ That’s boring. You want her to be part of the adventure."

Thor: Love and Thunder is set to hit theatres on July 8.