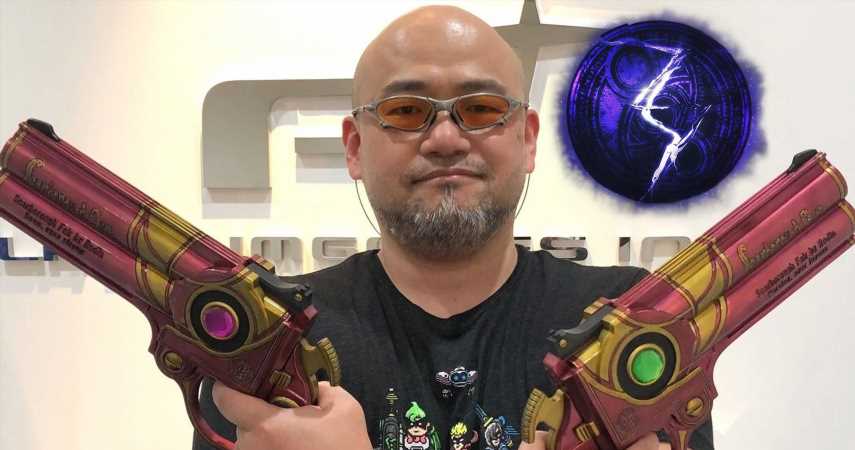 It has been eons since developer PlatinumGames has spoken about or even showed off any concepts from Bayonetta 3. Revealed as an exclusive title for the Nintendo Switch back at the 2017 Video Game Awards, fans have been wondering if production on the game is going smoothly or not. Legendary game developer (and creator of the Bayonetta series) Hideki Kamiya has a suggestion for fans to make the wait easier:

Forget about the game until the company is ready to show something.

In a new interview with Video Games Chronicle, the publication got to talking with Hideki Kamiya and Atsushi Inaba about Platinum’s upcoming year and how it has been productive behind the scenes. Many may be fearing the worst, but it seems like Bayonetta 3 is still on track for an eventual release. In lieu of any actual news, Kamiya said the following:

“I understand it’s driving the fans crazy! In light of that, my suggestion would be that maybe we should all reset and forget about Bayonetta 3. Then when something finally does happen, it will be a nice surprise, won’t it?” This comment came after Kamiya was asked if there would be any updates in 2021 beyond a CGI logo. The studio is hopeful it can give fans more substantial information, but you can never be 100% sure.

Some other nuggets that came from this same interview include PlatinumGames losing the Astral Chain IP and even mention of the studio wishing to work on a Star Wars project. Both Kamiya and Inaba seem to be on the same page about this, with Inaba stating, “It does feel attractive to be able to work on it [Star Wars] and it’d be a dream in some ways. But I also feel like we would just make the fans pissed if we worked on it.”

Most controversially, Kamiya admitted that he enjoyed Star Wars Episode IX: The Rise of Skywalker. In all seriousness, it seems that PlatinumGames is gearing up for a big year with 2021 and that fans will be happy with the studio’s output. It may take some time to get there, but the wait is sure to be worth it.