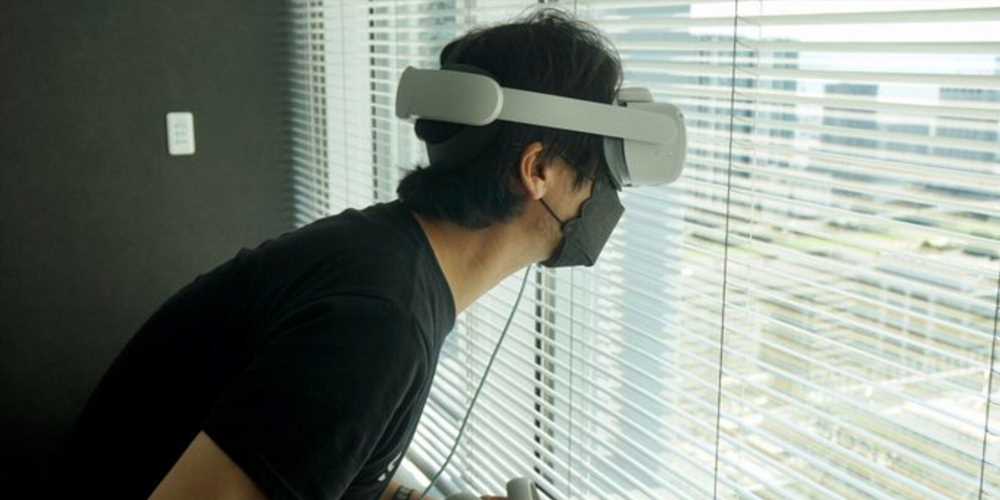 Today has already been a big week for video game reveals following Tuesday's Nintendo Direct and State of Play. The reveals will only continue when this year's Tokyo Game Show gets underway on Thursday, and Hideo Kojima has revealed he will be unveiling a new VR game at some point over the course of the weekend.

Kojima tweeted some photos of himself using the Oculus Quest 2 (via PCGamesN), promising that Kojima Productions will be showing off its next project at TGS this week. No word on what exactly that project is going to be, and this is the first time Kojima has revealed his studio is even working on a title in the VR space.

The speculation as to what exactly Kojima's VR game is going to be can now begin. The Metal Gear Solid creator revealed at Summer Game Fest earlier this year that he was teaming up with Xbox to create a new game. Something completely new that he has always wanted to make, and something no one has ever seen or experienced before, so quite the claim.

There was a hope that Kojima would reveal that project at Gamescom after teasing he would be at the event in some way. While he wasn't there in person, he did show up via satellite during Opening Night Live to reveal he is starting his very own podcast. Exciting to know fans will have the ability to take a deep dive into one of gaming's most talented minds, but most were hoping Kojima was showing up to reveal his secret project.

Even now he has confirmed a Kojima Productions VR game will be shown off at TGS, there's no guarantee it's the Xbox project he has been teasing for months. Both Kojima's studio and Xbox will be showing off projects over the course of the weekend, and the VR game could feasibly be a part of either's slate. In other VR news, PlayStation has confirmed the PSVR2 will be playable for the first time to the public at TGS.