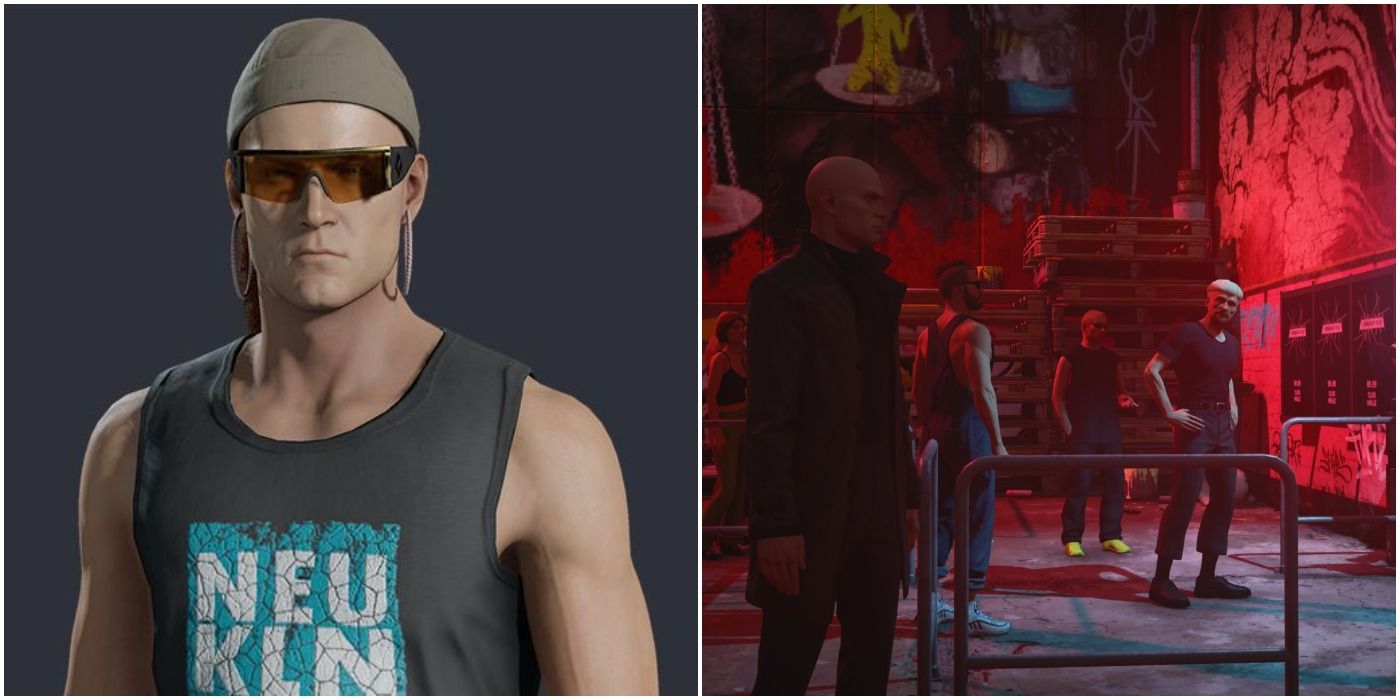 The Apex Predator mission in Hitman 3’s Berlin is already a bit of a mystery. During the first run-through, you won’t be given any specific targets and you’re merely instructed to take down an unquantified number of these enemies until they finally give up. It isn’t until afterward that you can see all the targets and get a specific count of five.

Even so, there are still three unknown challenges that are permanently hidden behind a veil of redaction. You can try to do a thousand different things and hope for the best, but it will save you hundreds of hours if you have a guide handy. Speaking of which, here’s a great one that will assist even the most casual of players through the toughest of challenges.

Let’s cross off the easiest one first. 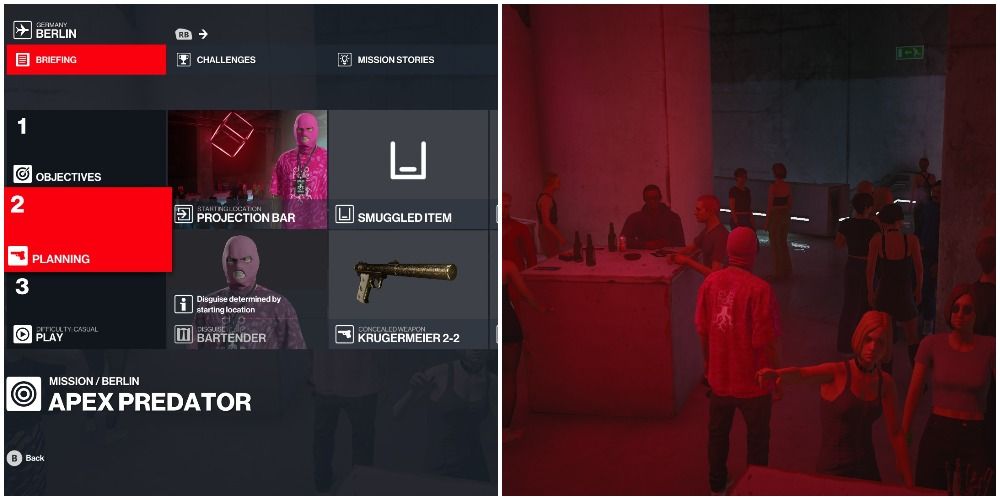 Start in the Projection Bar. Go left around the corner right in front of you. Now stop. Directly in front of you, a guy is dancing in nothing but his underwear. 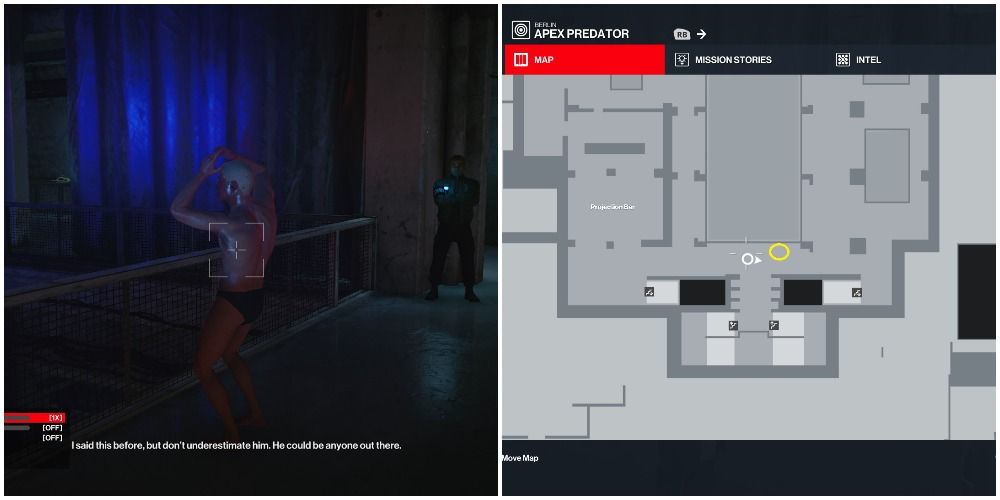 Whip out your phone and snap a picture of the near-naked man. Boom. Just like that, you’ve got “Trophy Au Naturel” out of the way!

To complete this challenge, you have to hit the Florida Man in the head with a coconut. You might remember our old pal from Hitman 2 in Miami. He’s got on a very unique outfit and he stands out, even in Berlin’s hottest dance club.

This one can be made a lot harder than it has to be. The Florida man wanders around a lot and you can, hypothetically, knock out the drug dealer, take his disguise, and then wait for the Florida Man to come to you after you’ve managed to swipe a coconut. But there is a much easier and faster way to do this. 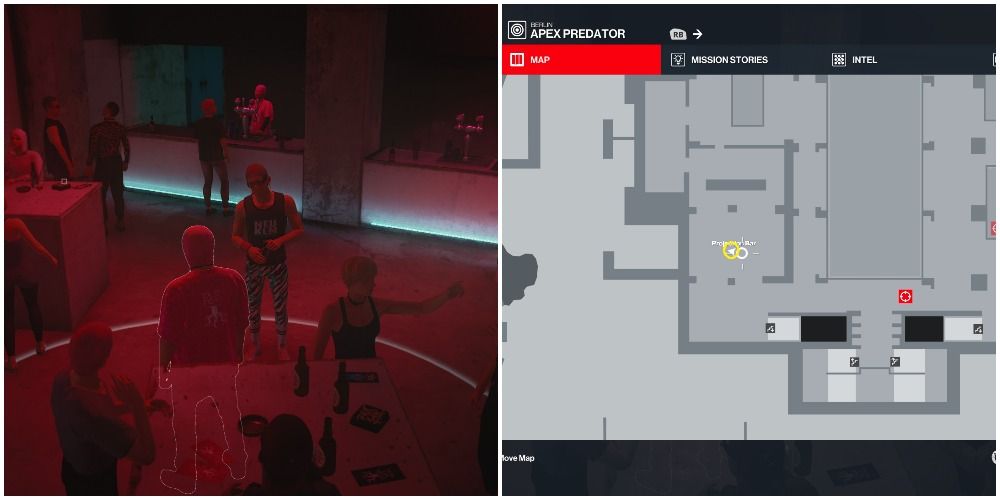 Start off, once again, in the Projection Bar. If you take a look, the Florida Man is actually right here in the bar with you. Only issue? No coconut in your inventory. 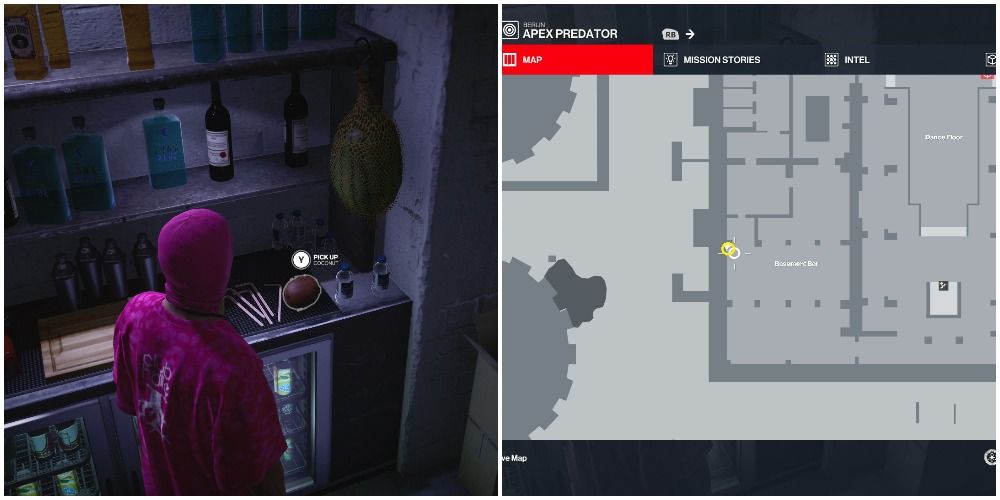 So go down one flight of stairs and snag one from the basement bar. Ordinarily, this is a trespassing zone, but thanks to your handy disguise, you can just pick it right up! 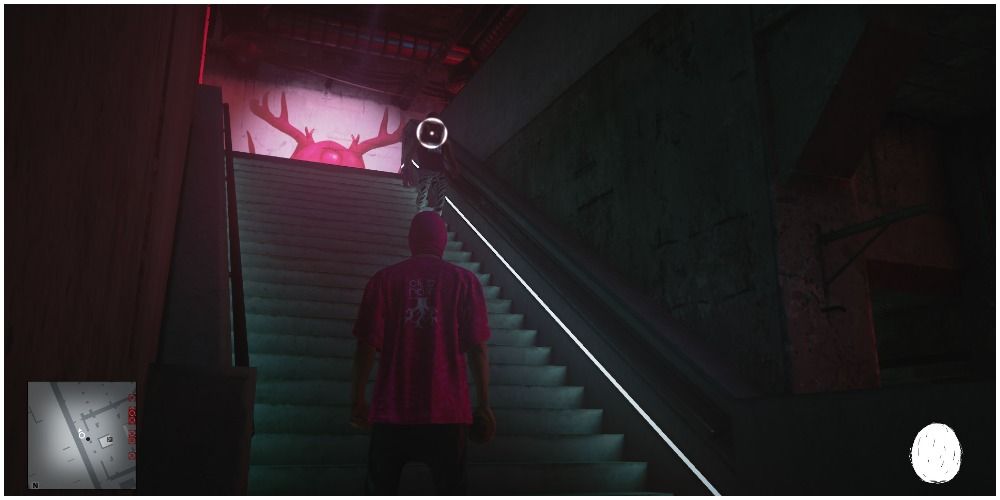 As quickly as you can, head back to the Projection Bar. If you do this fast, he’ll still be there. But don’t fret if it took you a minute, he’ll be slowly heading down the stairs and you’ll be able to spot him on your way back up. Chuck the coconut at his skull for one more challenge completed!

Put on his outfit if you still need it for the Berlin Chameleon challenge and then replan the mission. There’s only one more redacted challenge left, but it’s a doozy, so buckle up.

To complete this challenge, you’ll need to take a photograph of each of the seven yellow bird tags that have been spray-painted onto the club’s exterior. 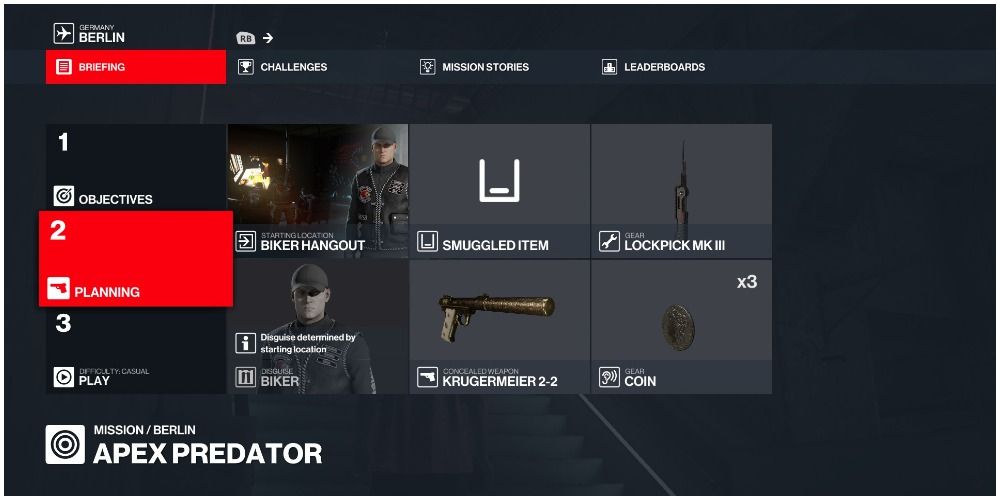 You’re going to want to be the biker this time. As far as disguises go, you’re welcome everywhere that you have to go for this challenge, plus it’s conveniently close to the images you’re looking for. The rest of the loadout is unimportant. 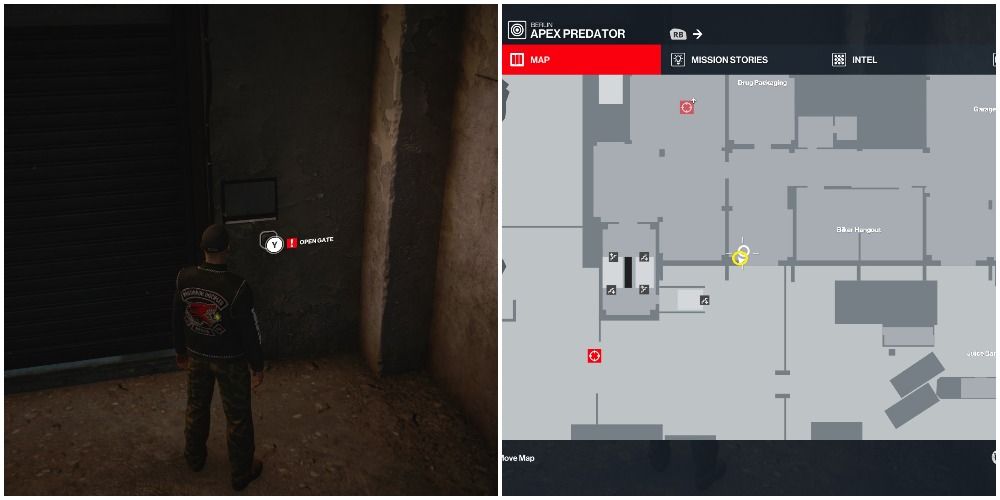 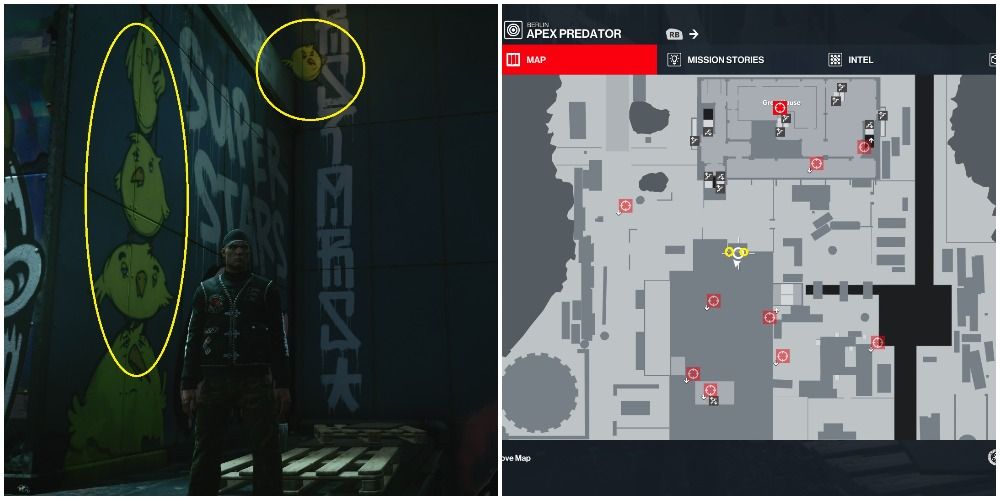 Climb the crates directly in front of you. Then vault onto the ledge. There is a short ladder to climb. Use it and you’ll find two pieces of bird artwork. It does not count if you take picture of both at once, so snap photos of them individually. 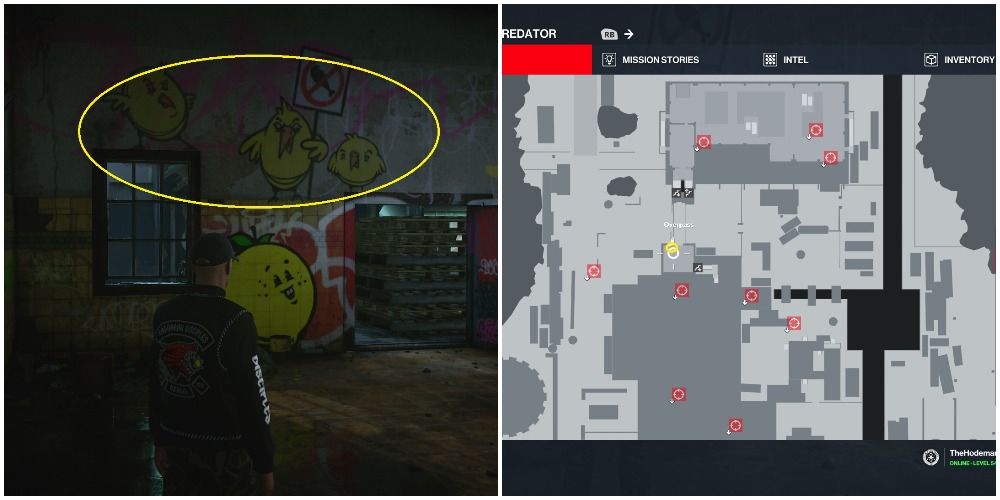 Climb up the ladder to the left of these tags and on your right, there will be an outdoor staircase. Take it until you’ve entered a small room. In front of you, snap another picture of a third tag. 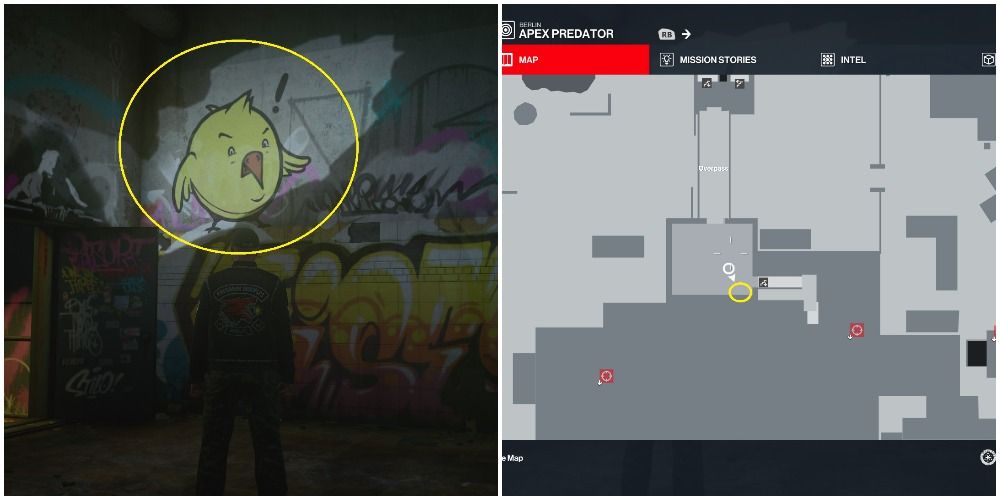 Turn around to exit from the same way you came in, but first, find a fourth photogenic bird tag to the right of this door. 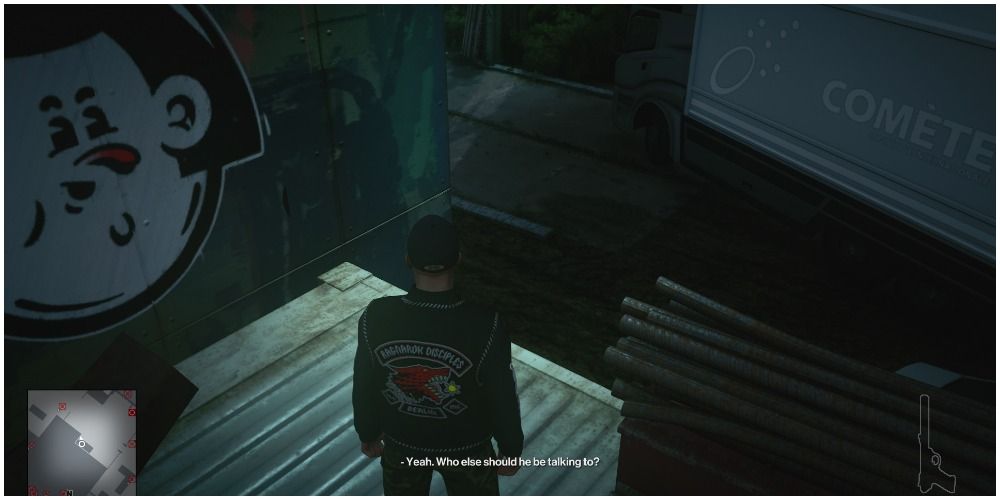 You’ll be retracing all of your steps here until you climb down from the initial crate that you jumped on top of. Hug the left wall but keep your head on a swivel for the patrolling enforcer here. If he’s a real nuisance, go ahead and take him out (he’s a designated target anyhow). 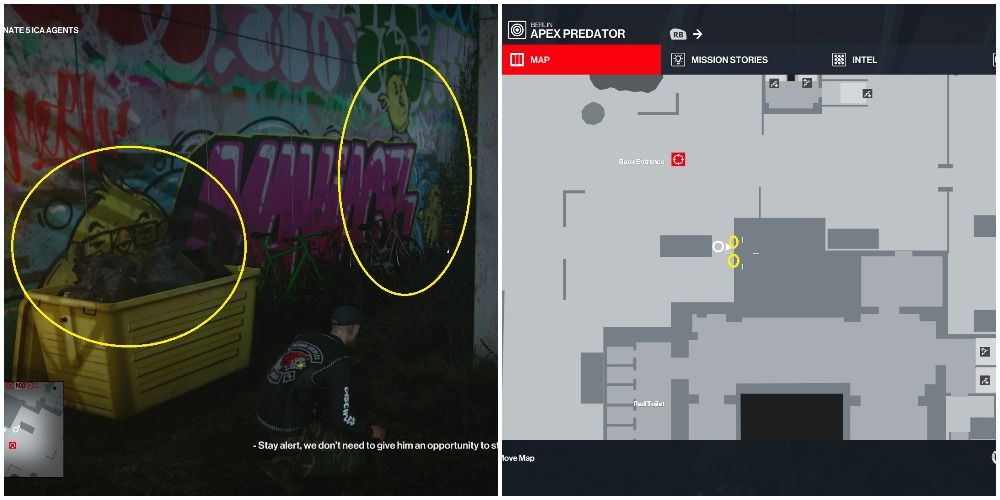 As you get past a makeshift campfire, you’ll spot two more bird tags in an alley. One is a bit hard to see as it’s barely peeking over a dumpster. 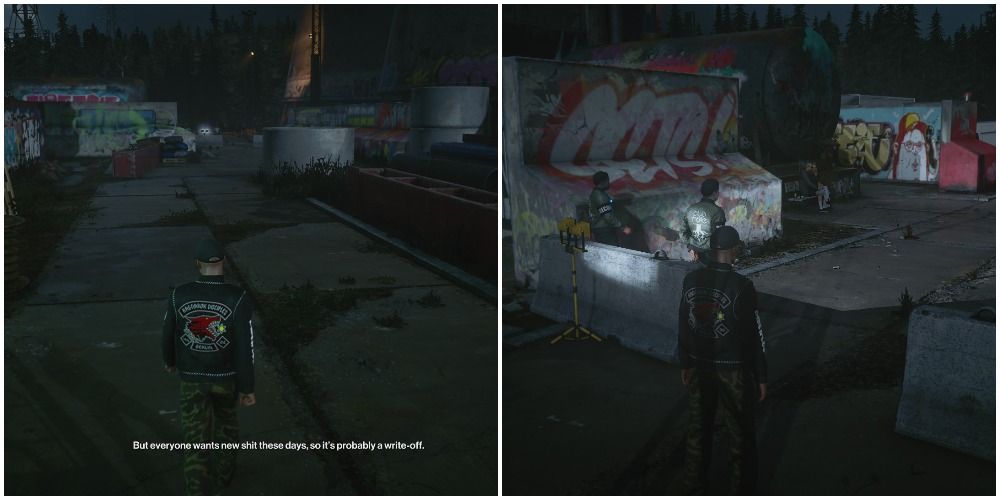 This is where the biker disguise will really shine. Now you have to go to the main road and travel with the building on your left. There are several biker checkpoints. Even with a good outfit, they’ll frisk you. With no disguise at all, they’ll open fire. Both of those outcomes are bad. But they let you run straight on through with the biker costume without batting an eye.

Go left after you pass the guards wearing green jackets and into the final alleyway. 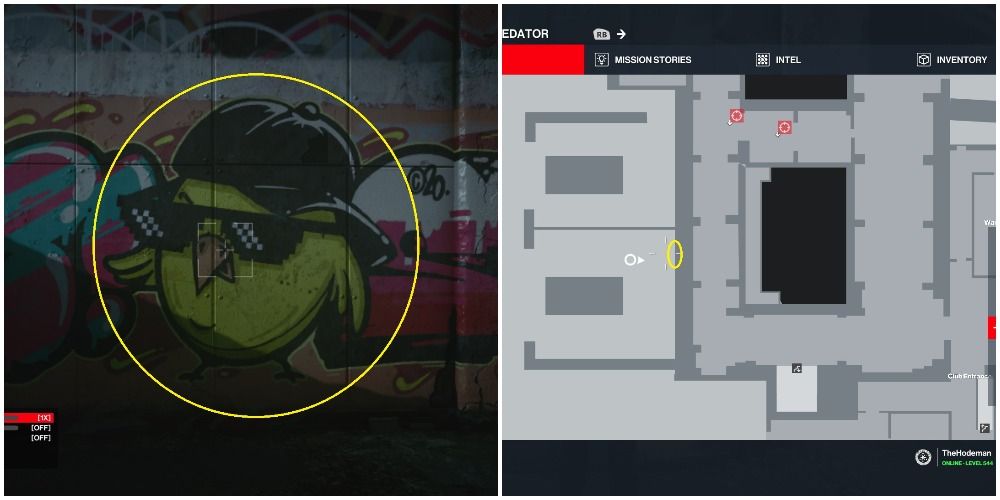 There’s no missing this bird once you’ve seen him with his shades and hat! Take that last picture and just like that you’ve finished all of the redacted challenges in Berlin. Congratulations and enjoy some time at the club, 47! 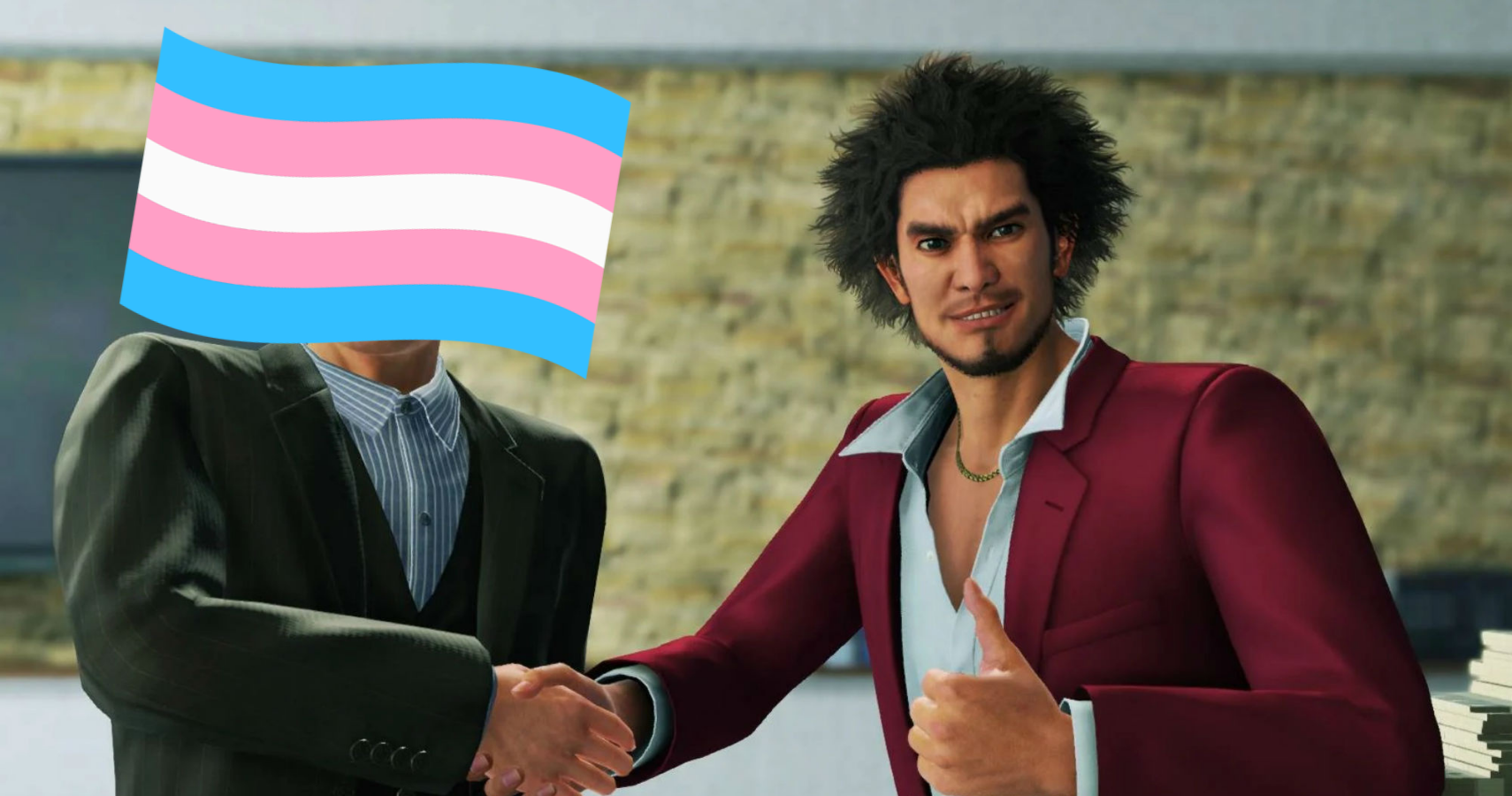