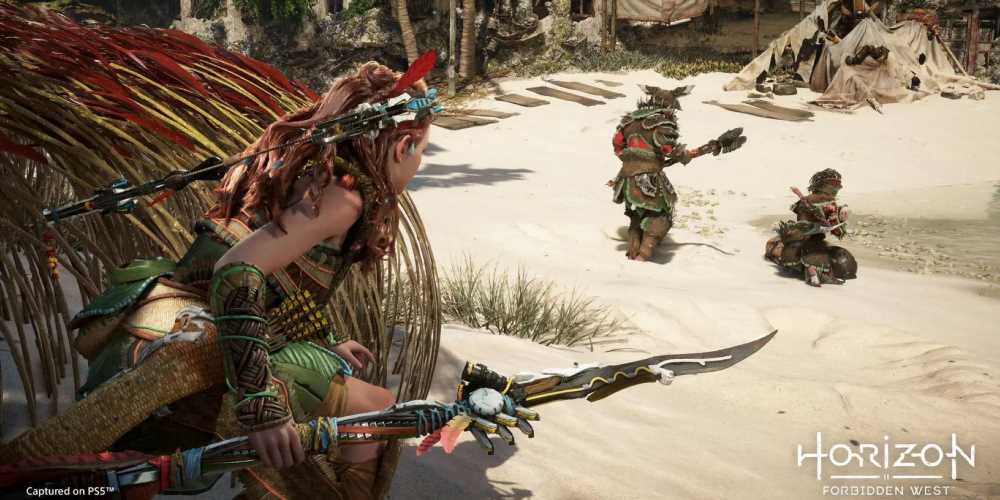 As we head into the long winter months ahead of Horizon Forbidden West's release, we're learning more and more about the game's new systems. We've already seen the Pullcaster grappling hook and Shieldwing glider in action, and previous dev blogs have told us all about the new mechanical creatures and what new behaviors they'll have to foil Aloy's journey. Now we're learning that human enemies will be just as complex and Aloy's combat abilities will evolve to deal with the new human threat.

In the latest dev blog from Guerilla Games, we get to see Aloy take on human opponents of various skill levels. One animation shows Aloy deftly infiltrating a rebel outpost, quickly taking out several enemies before climbing a watchtower and blowing it up. It's an action sequence worthy of a John Woo film.

Aloy makes it look easy, but Guerrilla Games promises that human combat will be just as difficult as taking on a pack of mechanical opponents. 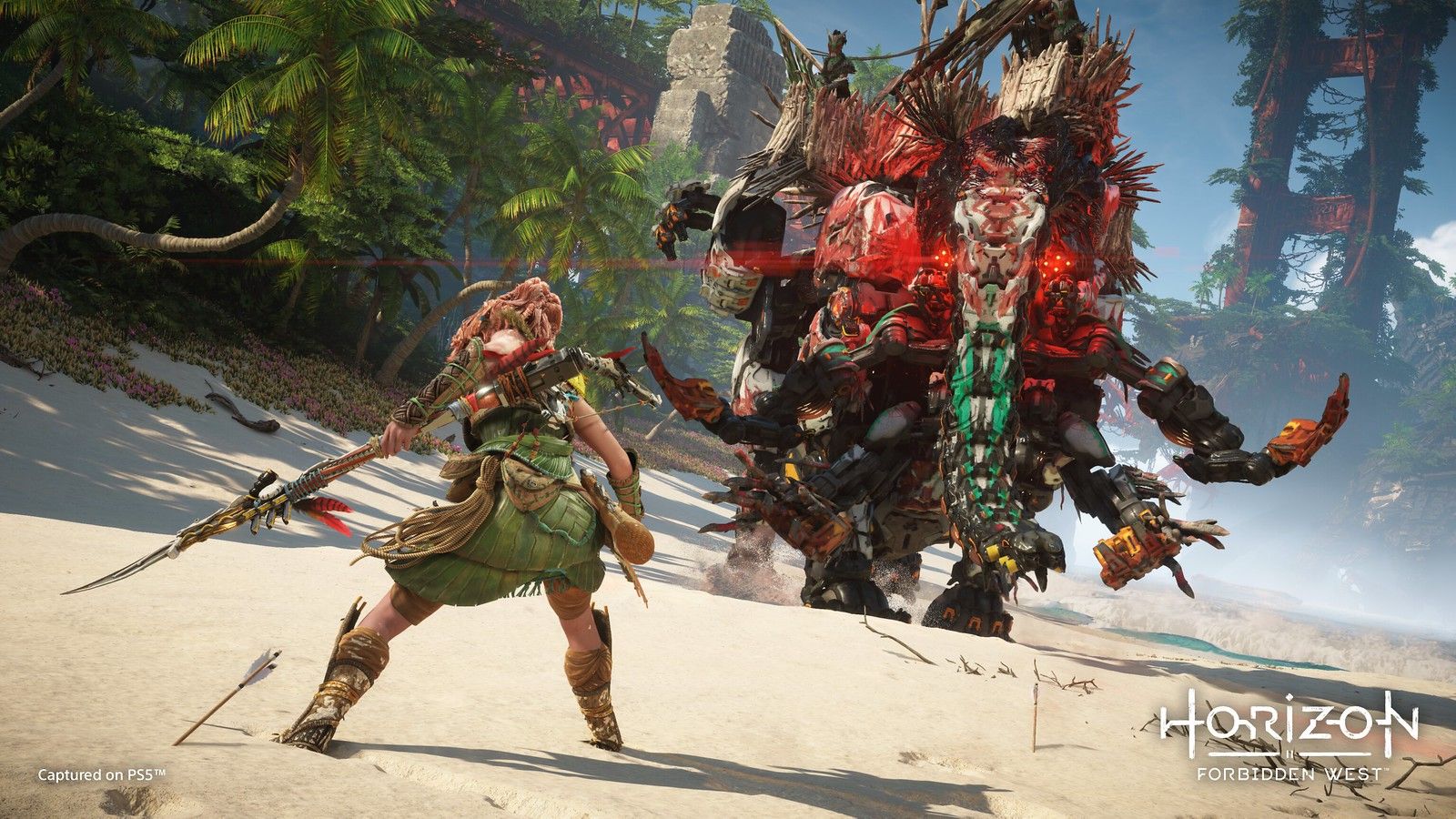 “The goal was to make human combat as deep and challenging as machine combat," wrote gameplay and animation director Richard Oud. "This meant extending the combat system and adding more variety in the way you encounter human enemies in the world. We want to give the player the option to engage in their own playstyle, whether they prefer ranged or close combat encounters. Switching between strategies resulted in a lot of transition animations which feel smooth and reactive.”

Combining attacks can be incredibly rewarding, as detailed in the new Resonator Blast. The Resonator in Aloy's spear can store up energy with each melee hit, eventually attaching a ball of power to an opponent. Hitting that ball with an arrow causes a massive explosion.

"This mechanic creates a powerful synergy between close combat and ranged combat," Richard added, "encouraging players to transition smoothly between both.”

Humans won't all be the same, either. Different classes of human opponents exist, from regular grunts to Champion-class enemies. The better the enemy, the more confident they'll be in hunting Aloy, which you'll be able to see in their body language and behaviors.

Expect enemy AI both human and robot to exhibit new behaviors to trip up Horizon Zero Dawn veterans. You can read all about it over on PlayStation Blog.