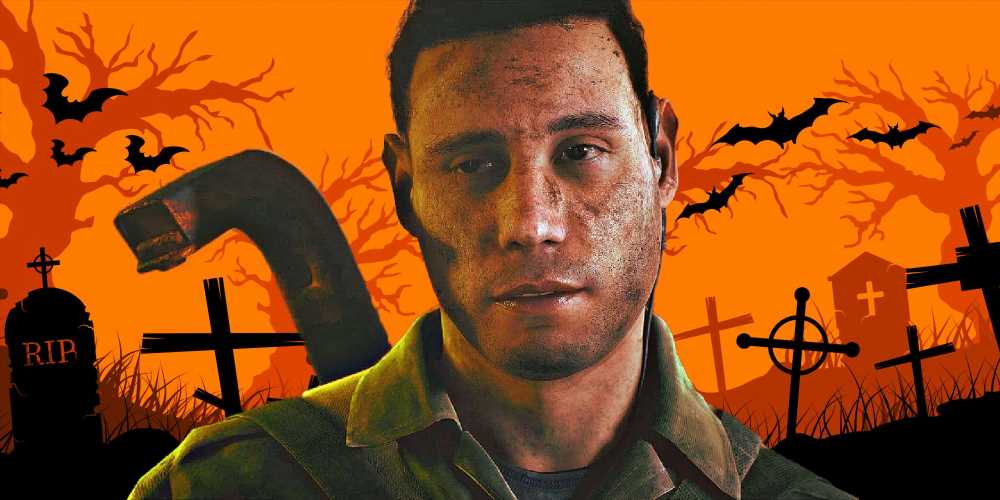 Spooky season is almost upon us, and there's no shortage of scary activities on offer. While Christmas remains the biggest holiday in our cultural calendar, the internet has adopted Halloween (and by extension, all of October) as its holiday of choice, and Halloween activities have gotten a major shot in the arm in the last decade, a shot likely delivered by a naughty nurse. If you're looking for a Halloween video game though, look no further than House of Ashes, the latest in The Dark Pictures Anthology.

There's another Dark Pictures game launching soon, The Devil in Me, which will bring the first season to an end. It's a shame this isn't going to be ready for Halloween itself, so unless you're having your Halloween party after November 18, it's out of the running. Still, better it was good than early. In any case, that still leaves us three Dark Pictures games to choose from (Man of Medan and Little Hope, alongside House of Ashes), as well as two other games not in the collection by the same studio which follow the same spooky cues; Until Dawn and The Quarry. However, there are a few reasons I'd recommend House of Ashes.

Firstly, it's in the top two overall. While some elements of gameplay have been improved upon, expanded, and given more depth in later installments, I still think Supermassive's first time out of the gate with Until Dawn is the one to beat. House of Ashes comes closest and more importantly, does it in a far more interesting way. It's in its fresh ideas that the second, and perhaps more persuasive, part of House of Ashes comes into play. 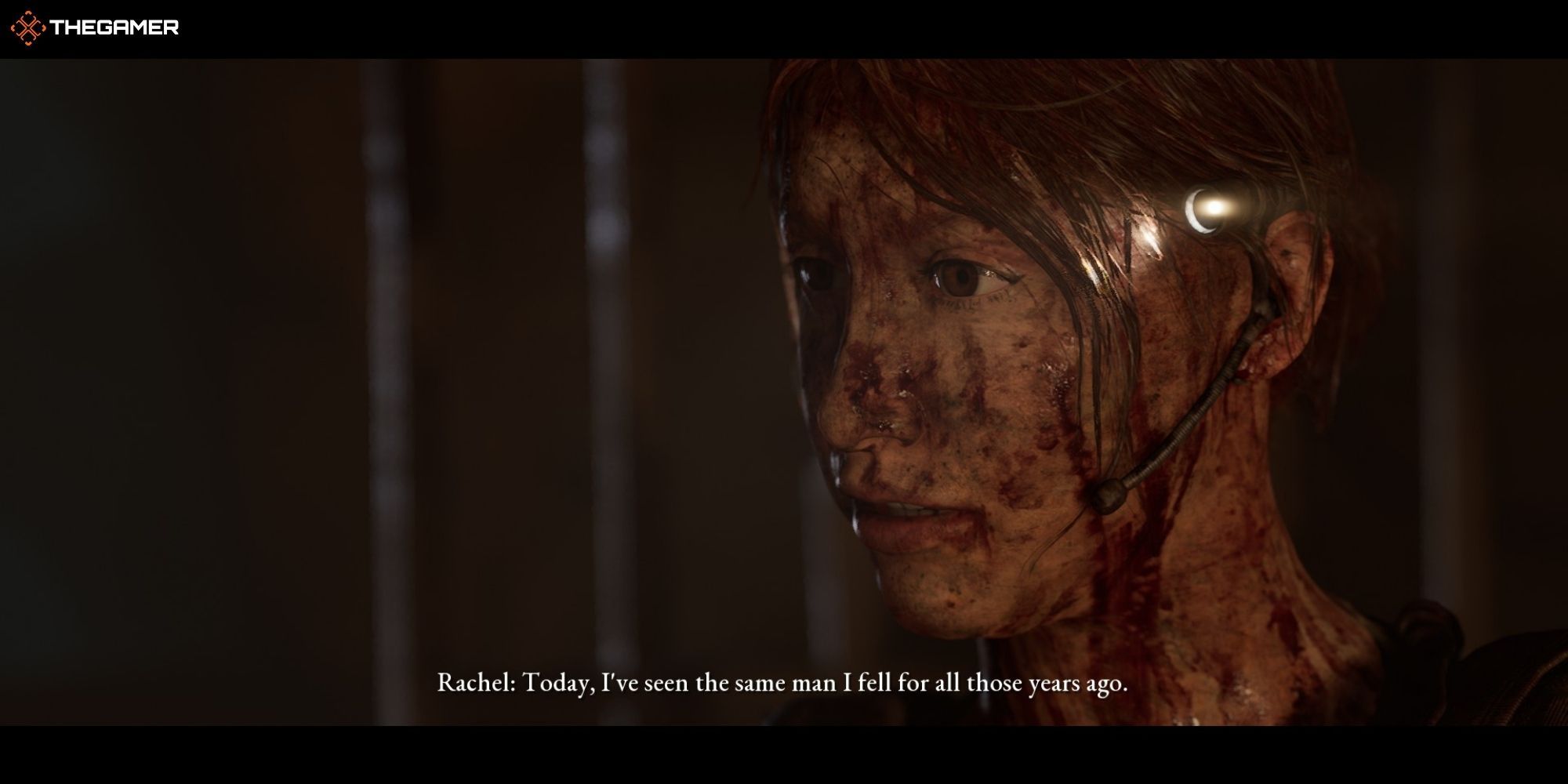 I'm going to assume that if this is a Halloween party where playing video games is even an option, rather than sticking on Scream or listening to Thriller and pretending to forget about the Michael Jackson allegations for a night, your friends are somewhat into games. They might not be hardcore esports pros, but they know where the Square button is without looking at the controller – or at the very least, they don't hate video games and don't mind not being that good at them. In this case, I think it's important to recommend a game that does something new.

All of Supermassive's games walk and talk like horror movies, and even use star-power casting. House of Ashes is led by Ashley Tisdale, for example. This means there's a sense of familiarity. Even if your friends don't play that many video games outside of the casual Call of Duty/FIFA/Animal Crossing bubble, Supermassive is something of an easy sell because it's just a playable movie. But the problem is that they're often too loyal to this idea. Until Dawn, great as it is, is a slasher. The Quarry is a campsite horror. Man of Medan is about a ghost ship, and Little Hope is about ghosts in the fog. Those last two are slightly less tropey than a killer at a campsite, but they're still horror stories we know a little too well. The Dark Pictures being just like movies might make them more familiar, but for my money you still want to offer something different. For people who play four video games a year, why play The Quarry when we can watch Friday the 13th, right? 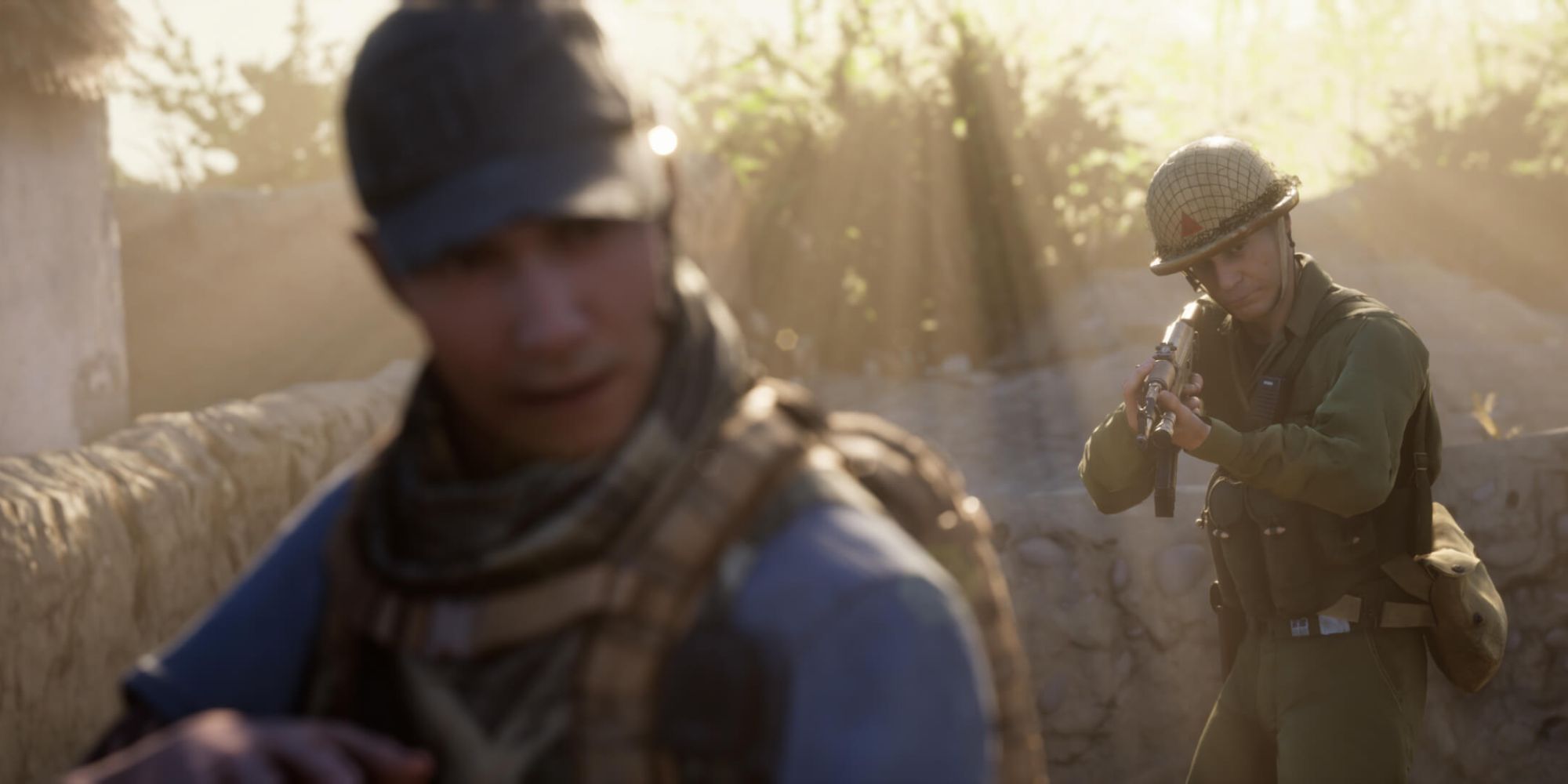 House of Ashes is about a sinister, destructive force under the earth in the midst of the Iraq war, and sees American troops and Iraqi soldiers working together. If your friends love elevated horror and political commentary, then it's a statement on how the world has destroyed itself over oil and humanity's inability to look beyond borders when seeking brotherhood will be its ultimate downfall. If your friends just like scary movies that are scary and nothing else, then it's just a bunch of spooky shadows and cool soldiers and stuff! Hooah, demon shit!

House of Ashes is the perfect Halloween game, especially in co-op pass and play mode, giving each friend a character root for, either acting in character, working together, or rebelling against the group to be the hero. It lets you write your own story, and it's the ideal fit for a Halloween spookfest.