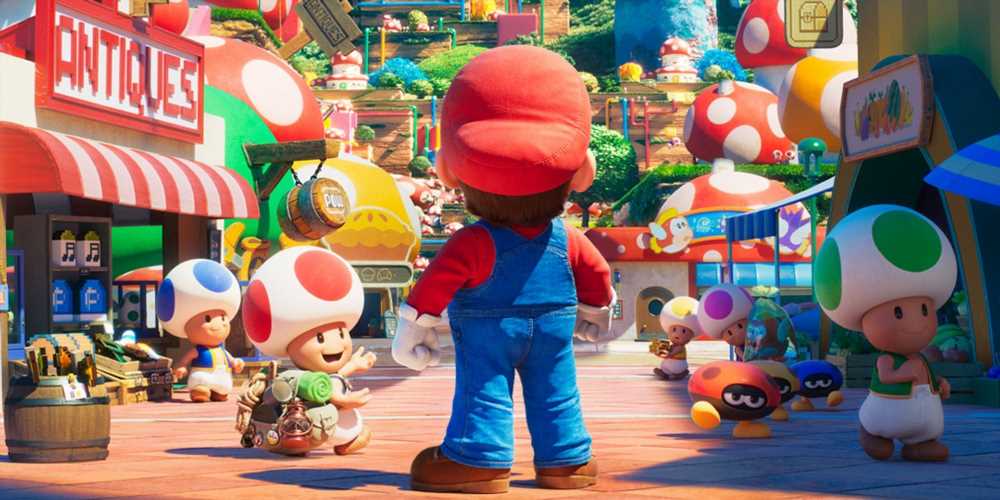 Look, I've been as skeptical as anyone else about The Super Mario Bros. Movie. Having Miyamoto involved is great and all, but he was also involved with Star Fox Zero, and that's a medium where he actually knows what he's doing. I'm ambivalent about Illumination. Chris Pratt — who, for the record, I think has done pretty good VO work in the past — is a bizarre choice as Mario. And, despite the modest successes of recent years, translating a video game into movie form has, historically, been an uphill battle.

But, man, I really love this poster.

Nintendo revealed the one sheet this morning on Twitter, along with the announcement that the film will get a full reveal at a Nintendo Direct on Thursday. That Direct may erase all the goodwill I currently feel toward the movie. I'm not ruling it out. But the poster does a wonderful job of evoking a world I want to explore.

Mario is positioned at the bottom of the image, with the bright red-and-white awning of an antique store to his left, and a dirt road stretching out ahead of him. He's surrounded by Toads and, like Mario's hat and overalls, they're all lightly textured while still retaining the clear and colorful designs that define the characters in the 3D games. So far, so good. 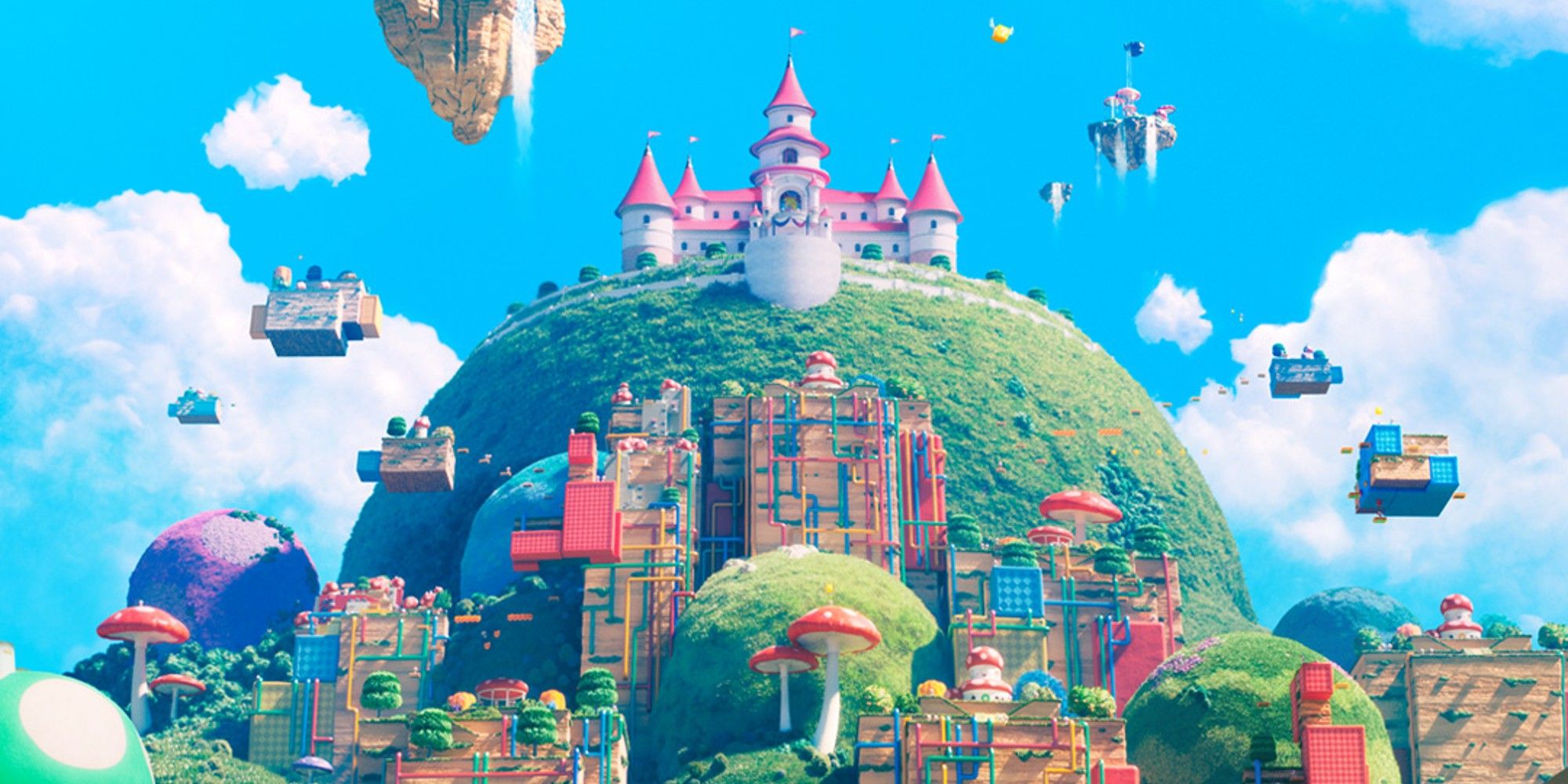 But, what really gets me about the poster is what Mario is looking at: a grass-covered mountain that looms over the town, with Princess Peach's castle perched at the top. There's a whole mess of warp pipes in various colors, criss-crossing each other from a platform near the peak down to the base. I'm a sucker for images of characters being dwarfed by a towering figure in the distance. It's why I love City 17 in Half-Life 2 and Alyx. It's why the anime intro to Tales of Symphonia was so evocative to me as a kid. It's the thing that draws me back to the cyberpunk genre again and again. Nothing captures my imagination quite like something unimaginably big looming in the distance.

The difficulty of adapting Mario is that, though many games have fleshed out the Mushroom Kingdom, they have done so within the structure of games. Mario's world is inherently bizarre, because it is designed to make fun levels, not to provide workable or believable infrastructure. A warp pipe might lead to a cloud with a power-up or a dungeon with a bunch of coins because Mario games are light on story and lore. The warp pipe serves a gameplay function, and that's good enough. But, as soon as you transplant Mario to a medium where story matters more, and an audience might expect some sort of explanation for why things are the way they are, there's a danger that the design might begin to break down.

But The Super Mario Bros. Movie is arriving after Nintendo has done the work, via its Super Nintendo World at Universal, to translate the aesthetic of Mario into the real world. On the poster, there are stores that look like Mario and the Toads could believably use them. And the warp pipes connecting the town at the foot of the mountain to the castle at the top suggests that warp pipes are important infrastructure in this world. So, there is an element of believability to the movie (at least what we've seen so far), but it's all presented in the same art style that fans of Mario's 3D adventures know and love.

I can't help it. I love it. Despite Mario's scrawny bum, Illumination's take on the plumber looks big and beautiful.