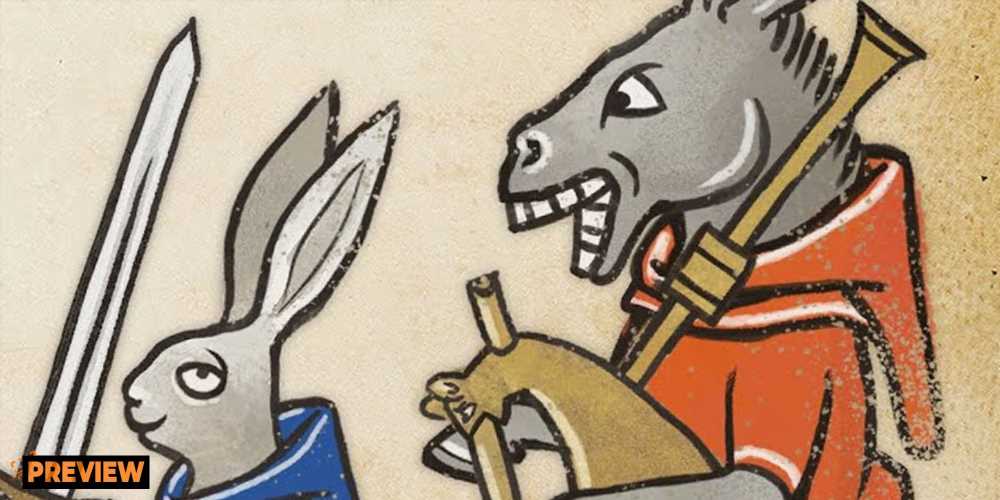 If I had a pound for every game with an illustrative medieval aesthetic released in the past two months, I’d have two pounds. Which isn’t much, but it’s weird that it’s happened twice.

I’ve been following Inkulinati for a while now, but will be the first to admit that it immediately left my mind as soon as Pentiment arrived back in December. Pentiment seemed to come out of nowhere. Medieval RPG! Murder mystery! Josh Sawyer! Different typefaces for different characters! I was hooked, and although I couldn’t finish it quickly enough to include it on my Game of the Year list, I had a great time figuring out exactly what happened in the Bavarian Alps. Pentiment and Inkulinati merged into a single medieval maddity in my head, and the game I’d been excited for was relegated to the deepest recesses of my mind.

Aside from the aesthetics, though, Pentiment and Inkulinati have very little in common. If you’ve hopped out of the former with a penchant for pointing, clicking, and solving mysteries, then Inkulinati might not be for you. But if you want a different game in a different genre with a similar vibe, then I’d recommend giving Inkulinati a whirl. 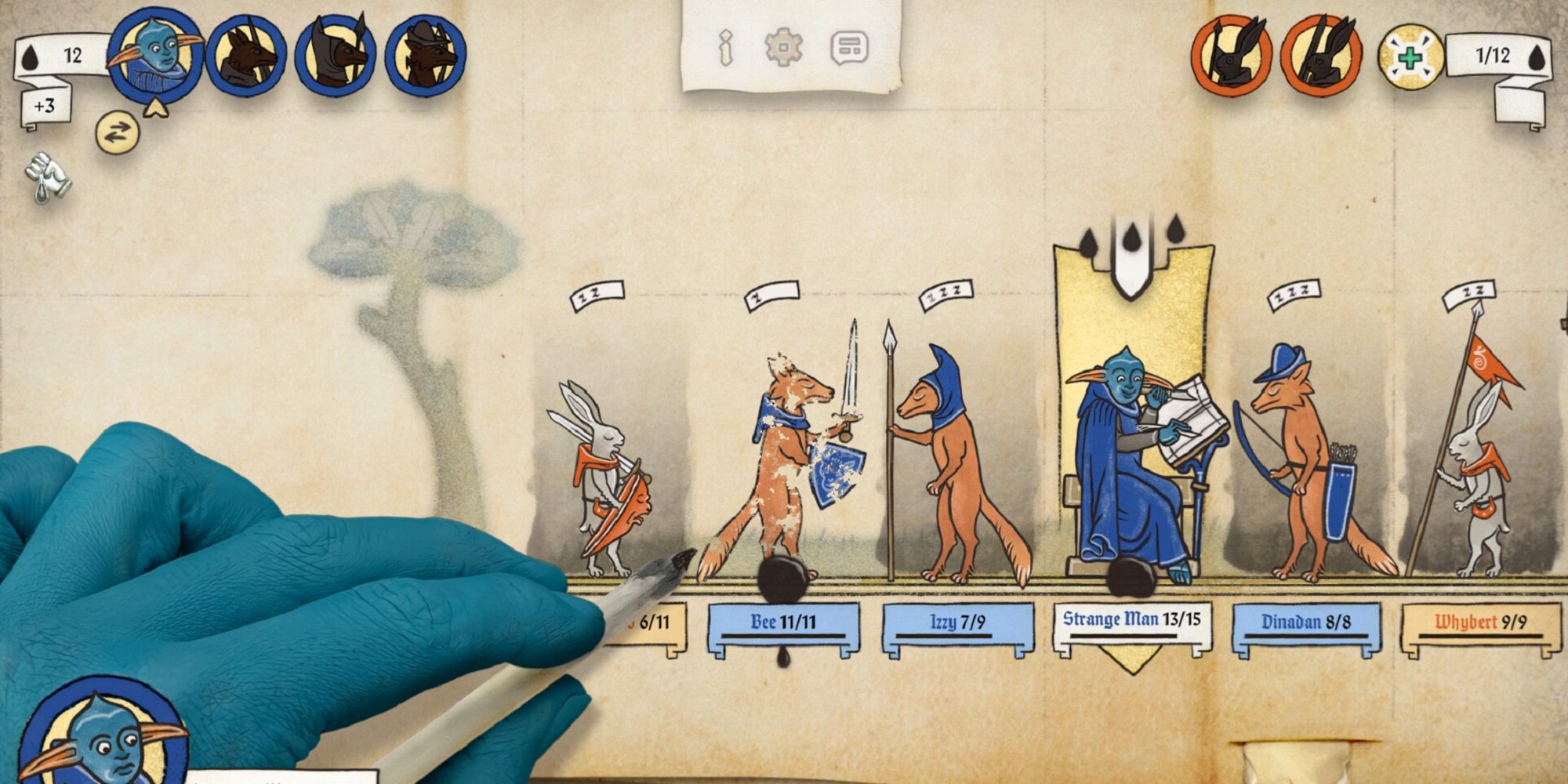 Inkulinati is a turn-based strategy battler at heart, as you draw up forces of medieval animals armed to the teeth with bows, swords, and spears, to beat an opponent doing the same. The premise is simple: take out your opponent’s Inkulinati (think a King in Chess) before they take out yours. But it’s so much more than that.

As you might expect from battles fought in the margins of medieval manuscripts, the kinds of manuscripts that Andreas Maler may well have been illustrating, your main currency is ink. Collect enough each turn to draw all manner of weird creatures, from man-eating molluscs, to dogs armed with two-horned trumpets, and of course the infamous farting donkey. Imagine the misfits you find on the Weird Medieval Guys Twitter account come to life and conscripted into your pointless war, with all manner of weapons thrust into their hands. These quirky characters bring the game to life, as the simple tactical gameplay probably wouldn’t hold up without them. 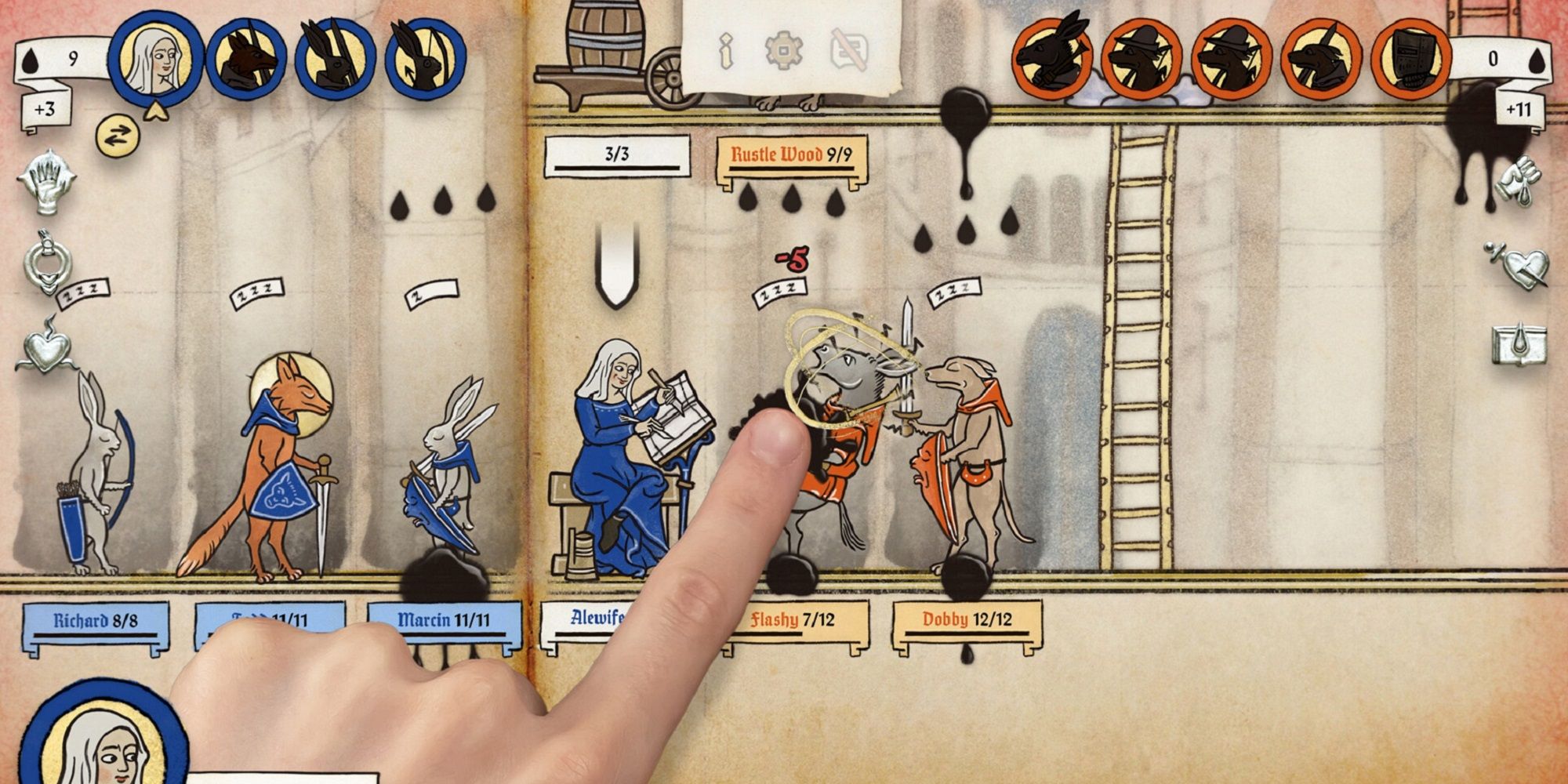 That’s not to say the battles are boring, on the contrary, they’re satisfyingly simple. Without the cast of anthropomorphic animal soldiers, however, it would lose a lot of the fun, soul and heart that makes Inkulinati shine. Your weapons aren’t limited to your inky drawings however, as you, the illustrator of these weird fights, can intervene too. Every few turns, you can either heal your soldiers, stab your finger at an opponent to smudge them and do damage, or knock a friend or foe in any direction. The latter becomes especially useful when you take into account the Smash Bros.-esque edges on either side of the battlefield, and the fact that the apocalypse starts to burn at the margins of your page as turns go on.

Inkulinati puts the emphasis on fun, but I expect things to get more intense when online multiplayer is added later in the year. Developer Yaza says it plans to spend a year in early access after the game launches on Steam later this month, and promises more beasts and battlefields, too.