As you progress through Immortals Fenyx Rising, you’ll begin to encounter wraiths, which are deadly apparitions of legendary heroes who have been corrupted by Typhon. There are four different corrupted heroes in total: Achilles, Atalanta, Odysseus, and Herakles.

These wraiths will periodically appear and hunt you down, but you can stop that happening by finding each of the four wraith lairs and defeating the true wraith inside. The location of each wraith lair will be marked on your map after you have encountered that specific corrupted hero in the area that they haunt. The lair is like a mini vault in that there will be a couple of fairly simple puzzles to complete before you begin the actual fight.

Defeating wraiths not only solves the issue of being hunted by them, but it contributes to one of Hermes’ tasks on the board and has two different achievements/trophies tied to it too. Firstly, “Wraithless in Battle” is earned for defeating your first proper wraith, and for defeating all four you will unlock the “Last Hero Standing” accolade.

Furthermore, defeating all four wraiths will earn you a crest for each one, and this is the only way to get the Armor of Bright Divinity. Fortunately for you guys, we’ve got the location of all wraith lairs, a run-down on each battle, and the final quest location for you to earn your shiny new armor and helmet. 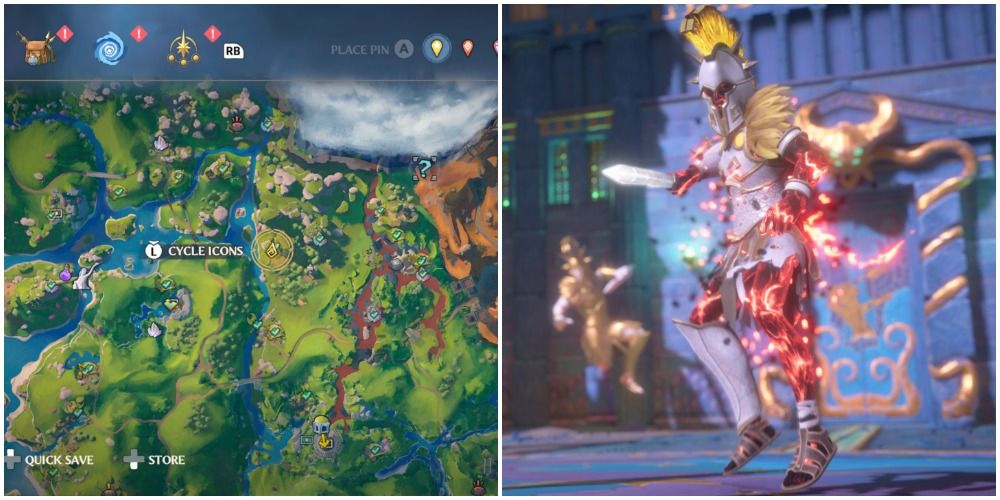 Achilles is likely the first wraith that you will come across and his lair can be found in the Valley of Eternal Spring, just near one of the rivers. Wraith lairs are very distinct as the cave entrance is shaped like a monstrous, demonic face with the mouth being the cave entrance.

Achilles is pretty quick on his feet and can deal a lot of damage in close range, in fact, his heavy attacks cannot be blocked at all, so you need to avoid these. However, defeating him from a distance poses its own threat as Achilles can also attack you with a long-range spear attack. The best way to defeat him is to time a block perfectly, which will stun him for a short time and give you a window of opportunity to unleash plenty of attacks. 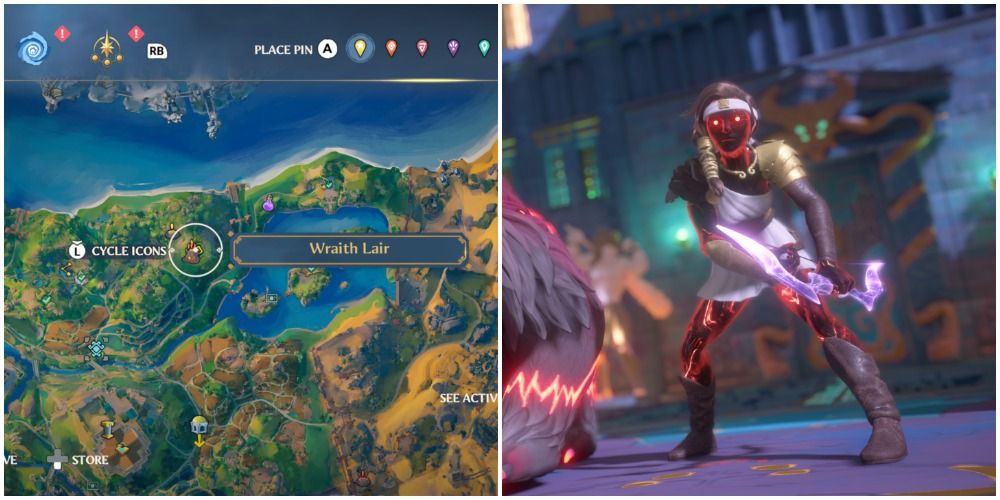 Next up is Atalanta; her lair can be found to the north of the Grove of Kleos area, near the large lake. Atalanta ups the challenge because not only do you have to defeat her, but she comes with a large hulking bear too.

Much like the wraiths of Atalanta that you encounter in the overworld, if you defeat her before you defeat the bear, it finishes the fight. The problem is the bear is the powerhouse here, so unless your character is decently upgraded or you are on an easier difficulty, you might need to take down the bear first. Its attack set is the same as any other bear, so it can charge at you as well as dealing some hefty damage with claw attacks.

Atalanta focuses on arrow attacks from afar, however, if you get too close to her then she will attack you with her bow. She’s far weaker than her animal friend though, so as long as you can dodge her arrows and jump over her bow sweeping attack, you’ll be fine. 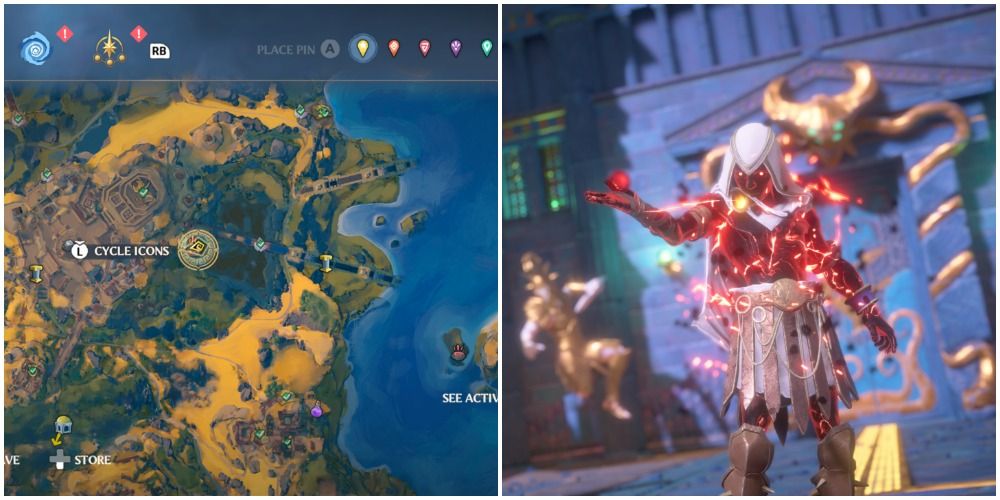 Firstly, can we all take a second to appreciate how very Assassin’s Creed-esque Odysseus looks? You can find his lair in The Forgelands, close to the Forge of the Gods. Odysseus is a tricky enemy as he can teleport, as well as summon clones to distract you. The clones have far less HP than the real deal though and are more than easy to deal with.

Additionally, he can jump into a portal and then charge at you from another portal to deal some serious damage, so look out for this. Odysseus uses close-range sword attacks, as well as being able to attack from a distance by throwing spinning swords your way. 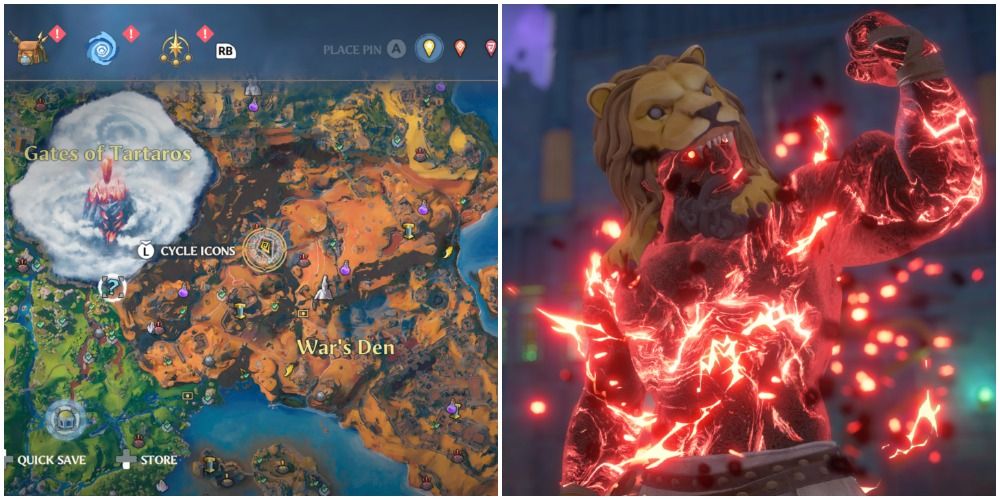 Herakles is the last corrupted hero that you have to defeat and his lair can be found in the War’s Den area to the north-west of the statue of Ares. Herakles is a slow-mover, but his attacks are deadly and they cannot be blocked at all.

He will glow red prior to most of his attacks and there is a lot of posturing on his behalf too, giving you plenty of time to get out of the way and dodge his attacks. You’ll have to spend the battle evading his devastating attacks while running in to deal your own damage when there is a window of opportunity. 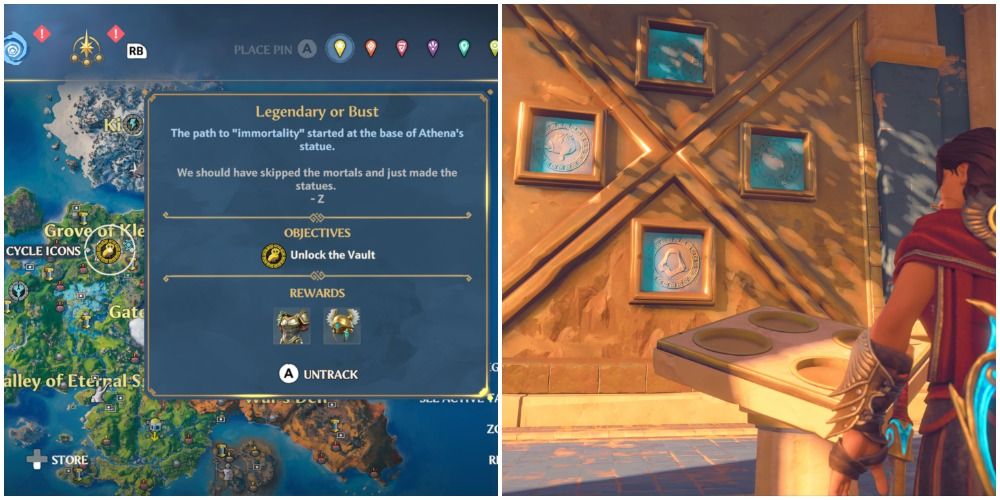 Once you have defeated all four wraiths, this will begin the “Legendary or Bust” quest. You’ll want to head over to Athena’s statue. At the base of her statue, you want to find the secret door that is marked with the four symbols of the heroes you have defeated. There is also a pedestal in front of the door, where you will place all four of your crests. 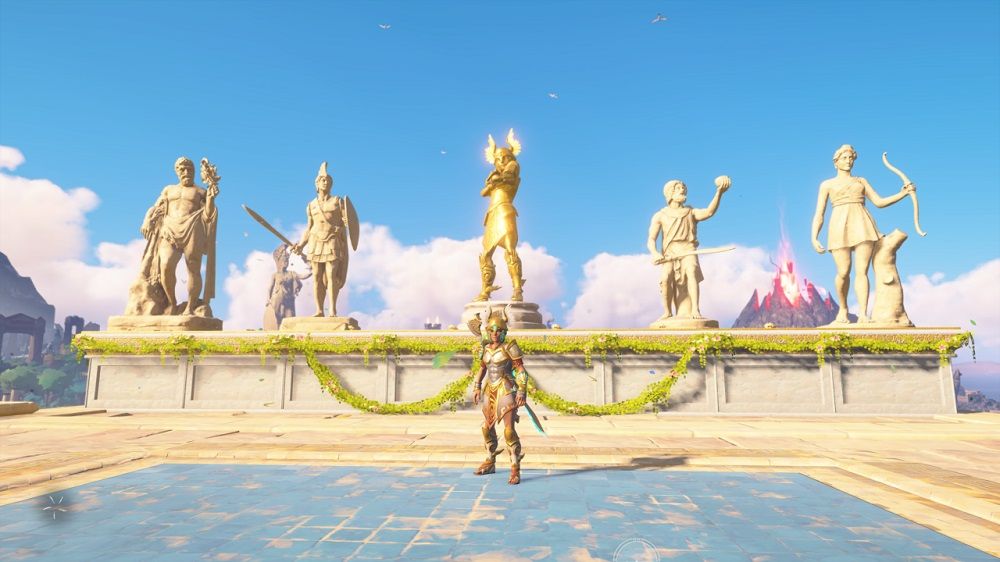 Though this is classified as a vault, there are no puzzles inside. You simply have to walk through and then claim your prize at the end — the Armor of Bright Divinity, which includes body armor and a helmet. The armor charges your godly powers at a faster rate, while later perk levels include adding extra combo hits when using godly powers. The helmet increases both the damage dealt and the stun rate of your godly powers. There’s also a nice little cutscene where you are given your own heroic statue.